Demolition permits have been issued for a two-story masonry building at 3654-56 W Belmont Avenue in Avondale. Wilmot Construction Inc. is the owner, whose plans involve a four-story mixed-use building with 2,100 square feet of ground-level retail and nine dwellings on the three upper floors. Residences will range from two- to three-bedrooms units, each of which will come with a balcony. Plans also include a rooftop deck and nine parking spaces integrated on the ground floor.

The owner received prior approval for the nearly 19,000-square-foot structure in 2019, when the Committee on Zoning, Landmarks, and Building standards allowed for the property to convert from Bl-1 Neighborhood Shopping District to B3-3, Community Shopping District. 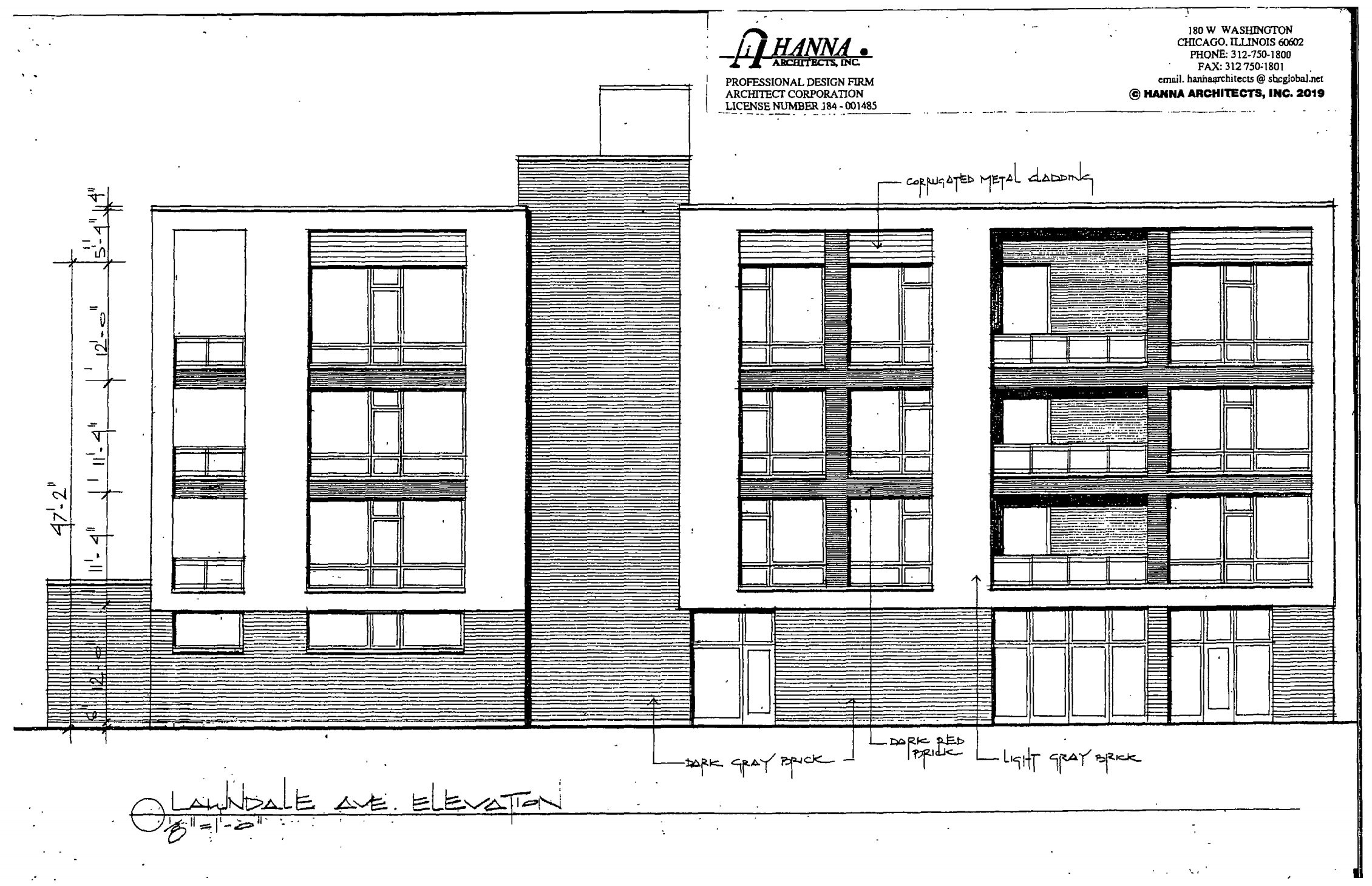 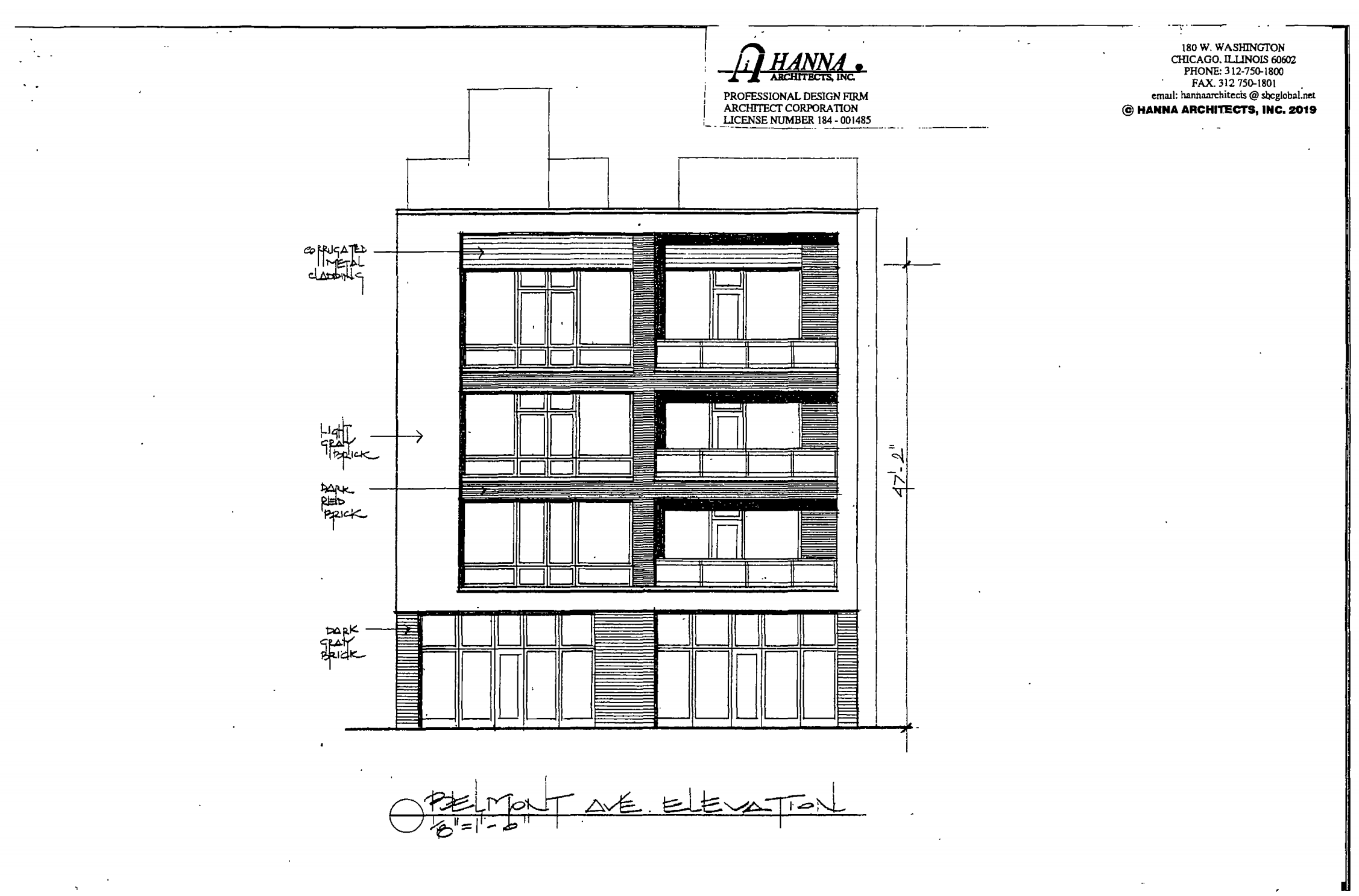 The 47-foot-tall design is the work of Hanna Architects, for which drawings have been released. Elevations show a modern masonry facade, whose cladding features a mix of dark red brick, dark gray brick, light gray brick, and corrugated metal. The exterior will also a series of bays to divide the different types of cladding, floor-to-ceiling windows, and recessed balconies on the north, west, and south faces. 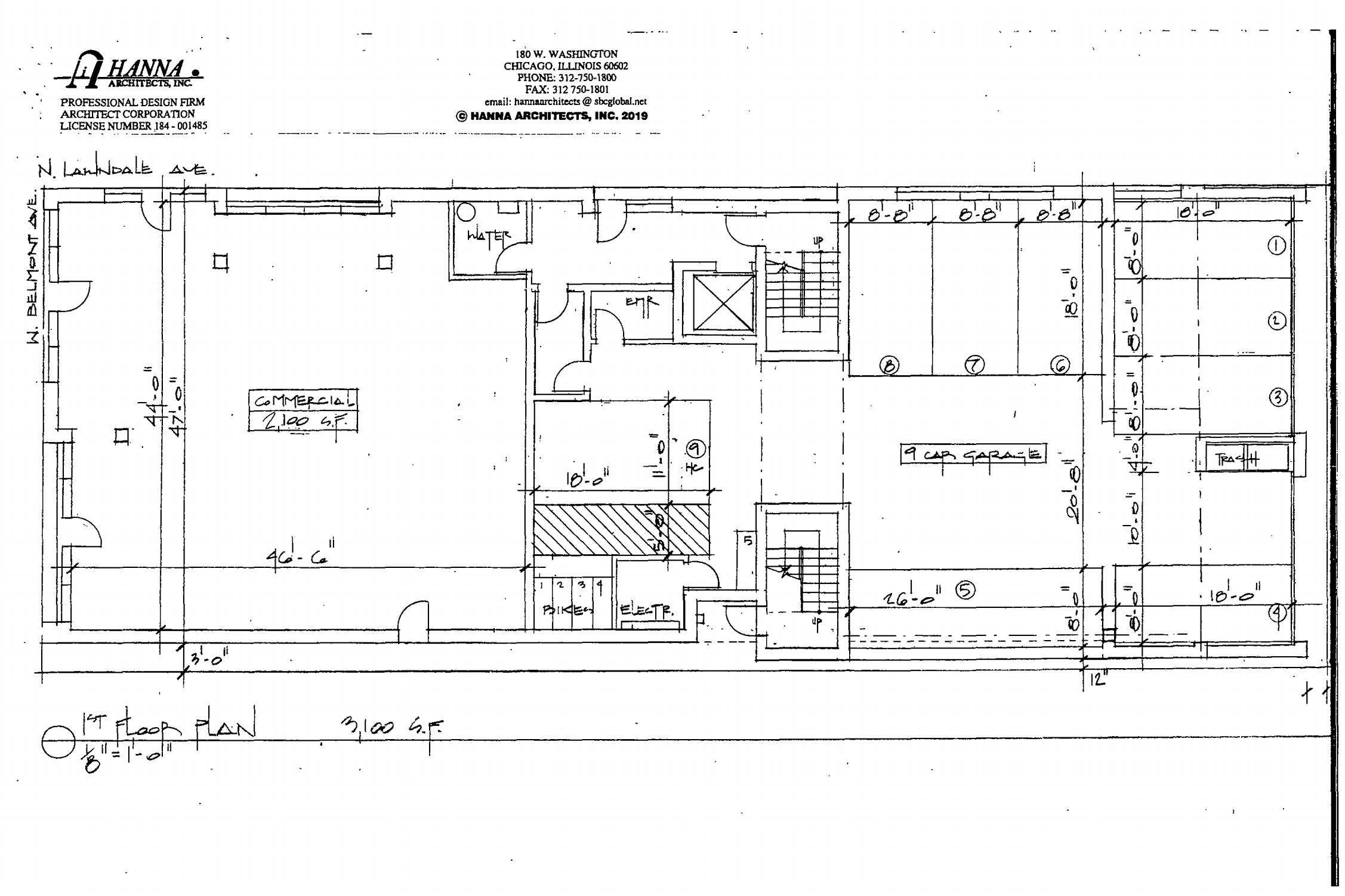 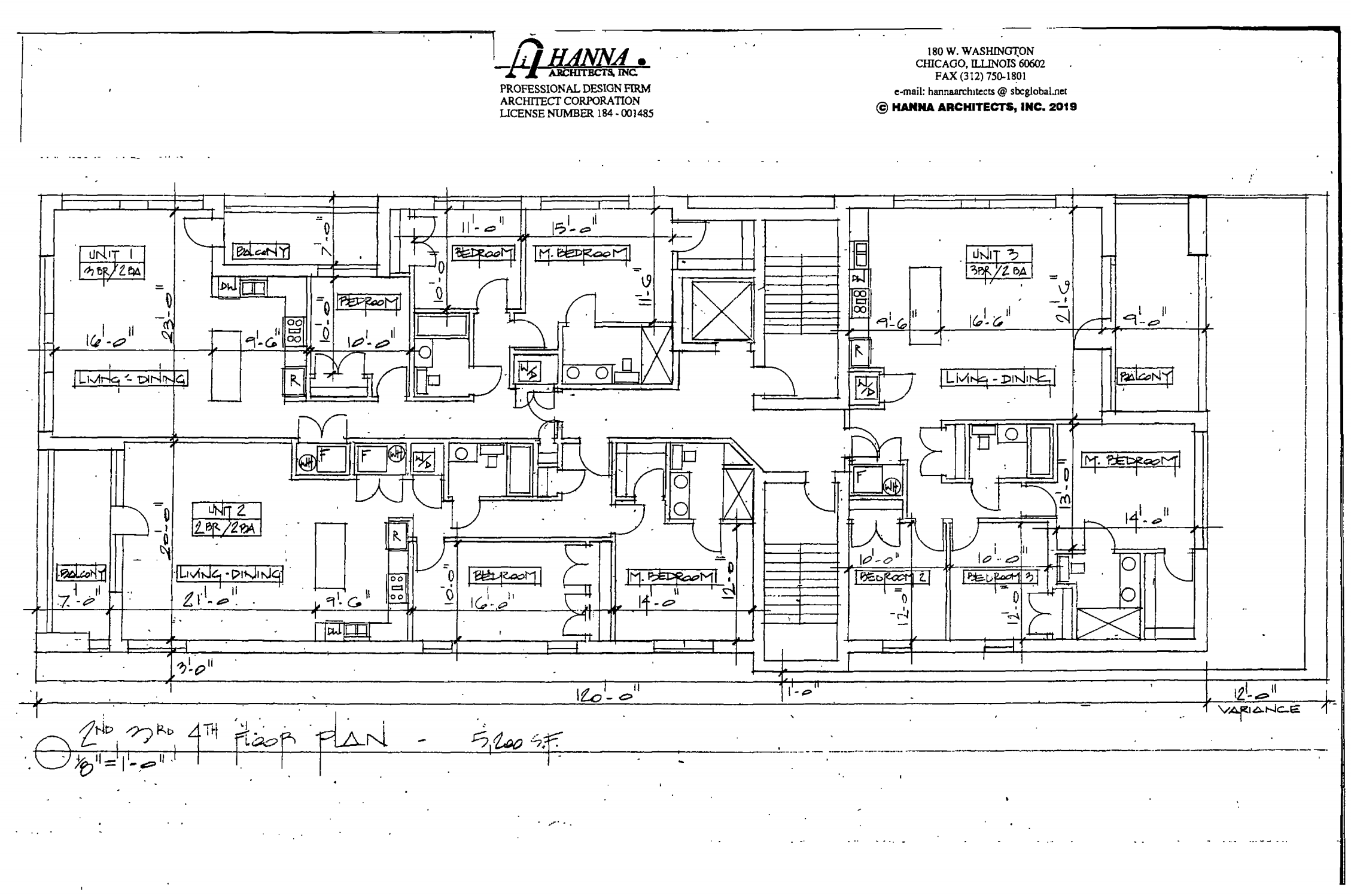 Bus transit is immediately available at the adjacent intersection of Belmont & Lawndale, with east and westbound stops for Route 77. Other bus routes in the area consist of Route 152 to the north, Route 76 to the south, and Routes 53 and 56 to the west. The nearest CTA L Blue Line service can be found at Belmont station via an eight-minute walk east, while the Metra’s Irving Park station is located via a 22-minute walk northwest.

Within a five-minute walk west of the site is green space at Parkview Park, as well as Federico Garcia Lorca Elementary School and a host of retail and dining options along N Milwaukee Avenue.

Ruuk and Maxym Demolition are the co-listed wrecking contractors for the existing building. No construction permits appear to have been filed or issued, though construction permits were issued late last year for a similar development across the street at 3204 N Lawndale Avenue. A full completion timeline for either project remains unknown.