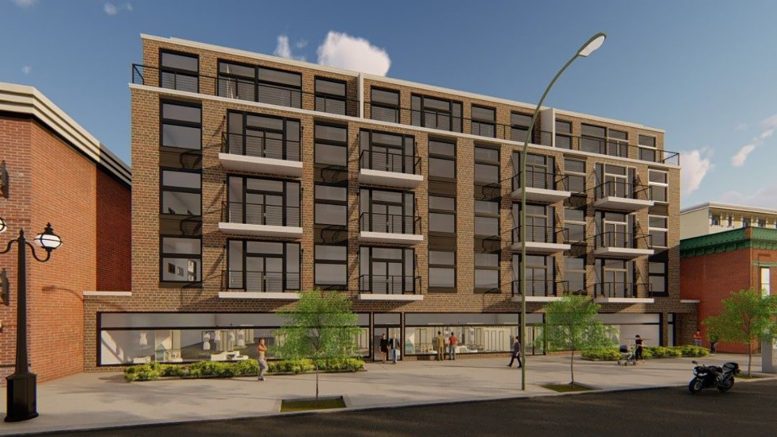 Renderings have been revealed for a proposed mixed-use development at 2907 W Irving Park Road in Irving Park. Planned for an existing vacant lot, the project site is a midblock parcel between N Francisco Avenue and N Richmond Street. Townes Glaser Development is the developer behind the proposal. 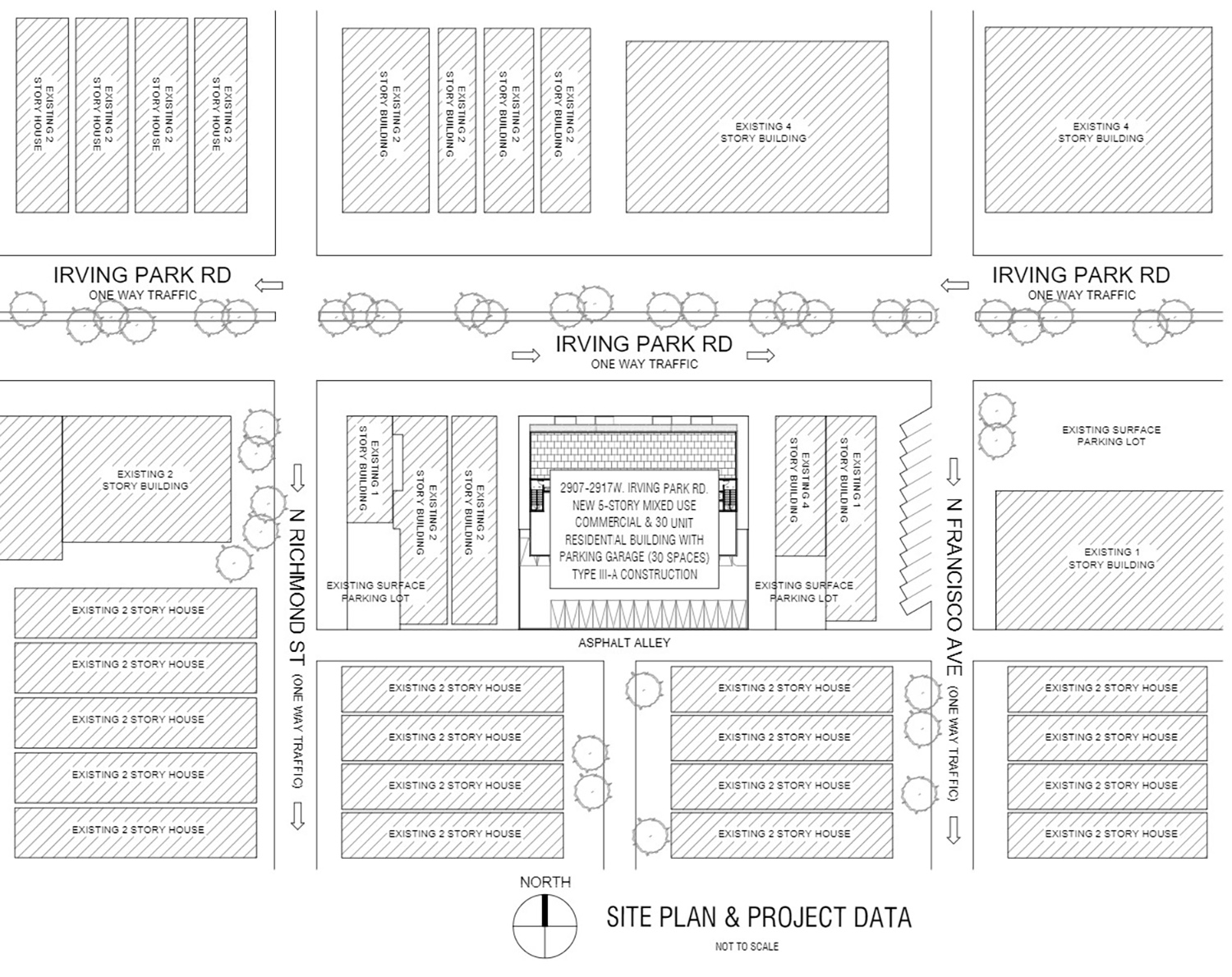 Designed by CAMACC Architecture, the new construction will be a five-story mixed-use building holding 30 condominium units and ground-floor retail space. Spanning 5,612 square feet, the commercial space will front W Irving Park Road, with the residential lobby placed on the western side of the frontage. Indoor parking for 30 cars will be located behind the retail space, accessed by the alley. 30 bike parking spaces will also be included. 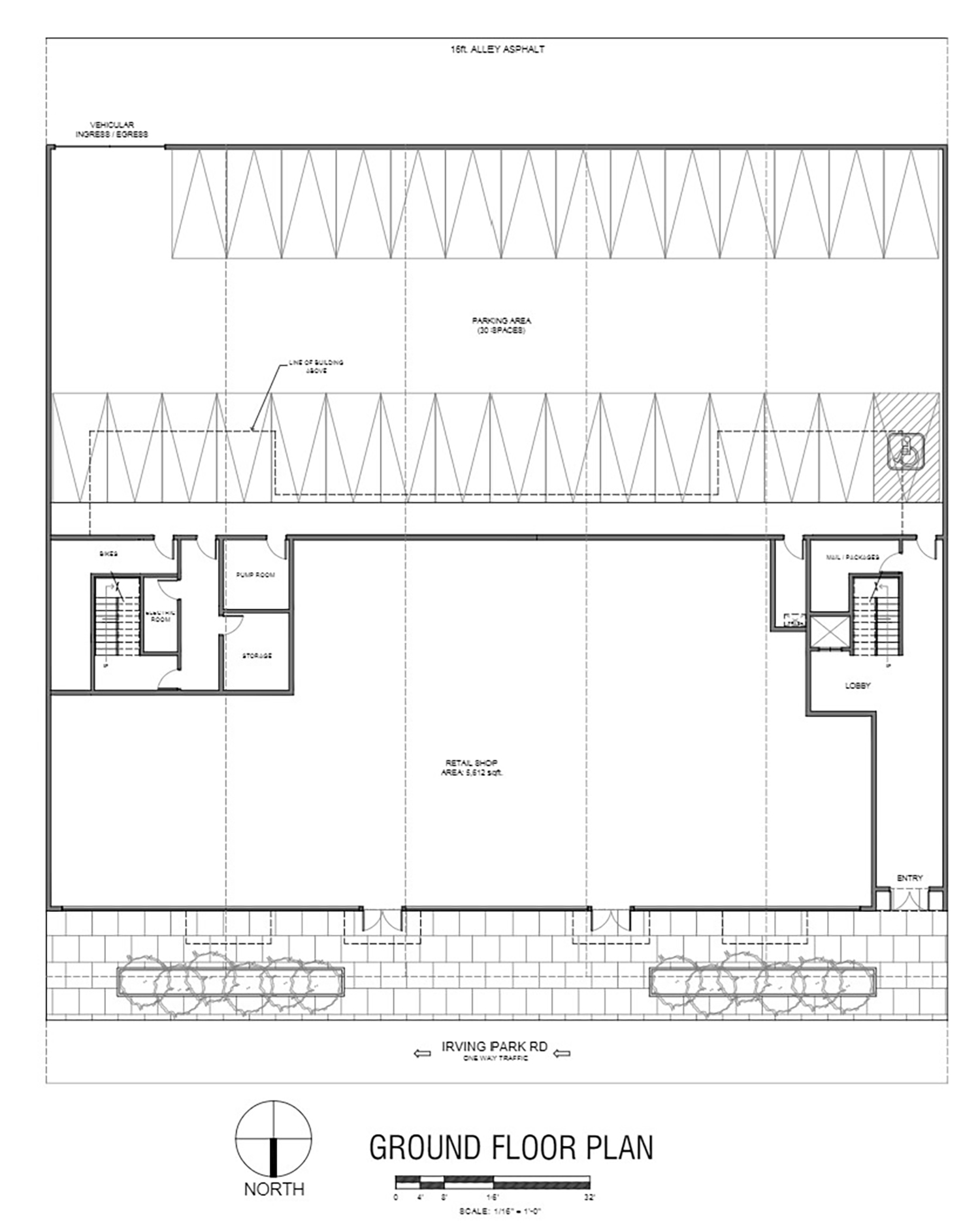 The unit mix includes 24 two-bedroom residences and six three-bedroom condominiums. Three-bedroom homes will cost approximately $399,000, while two-bedroom condos will sell for approximately $350,000. Three of the units will be designated as affordable. Rising 69 feet tall, the structure will be topped by a green roof for community access and be paired with solar panels on the roof. A ten-foot setback along the street-facing elevation allows for additional public space and landscaping. A mural or public art will also be featured. 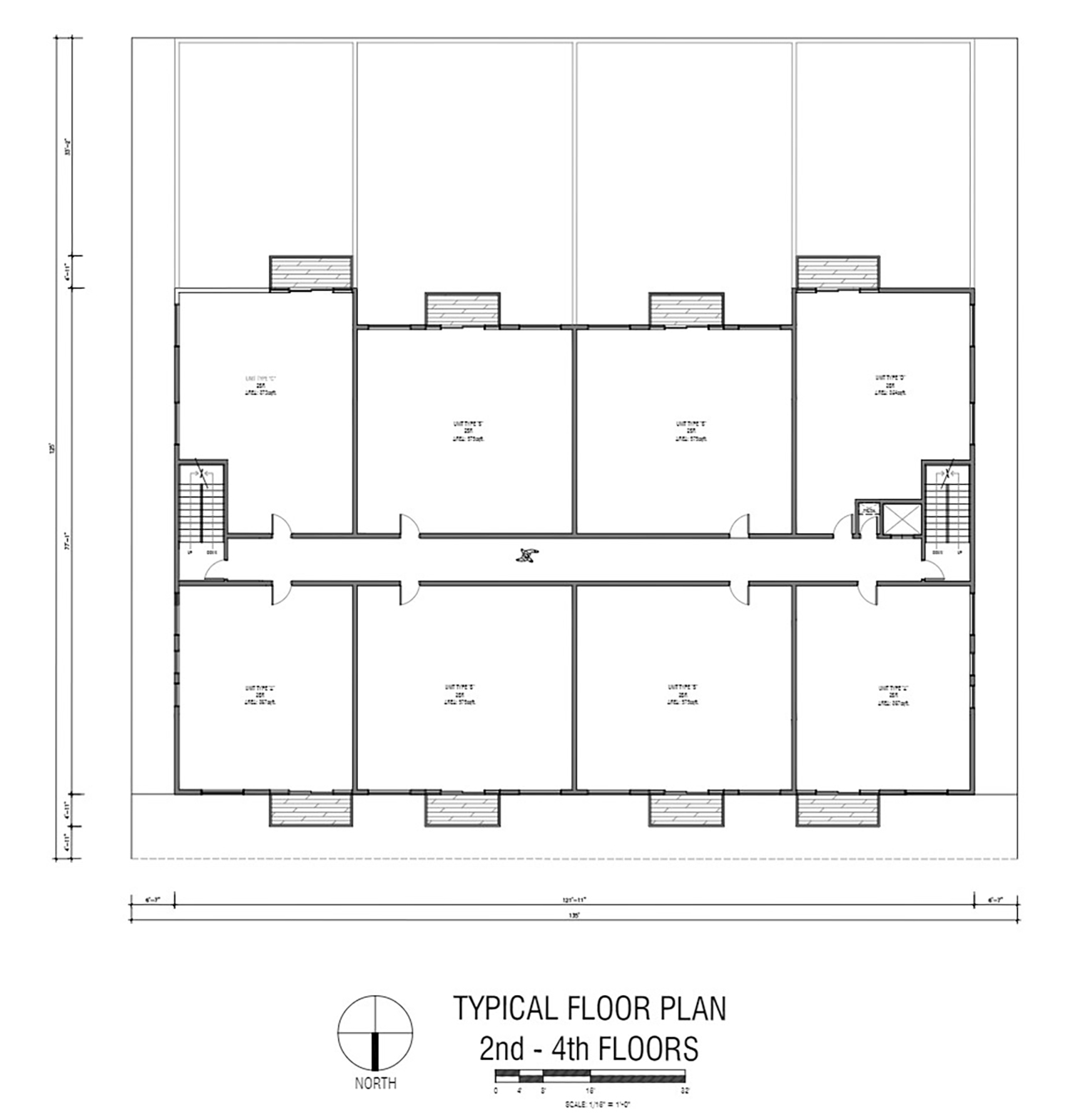 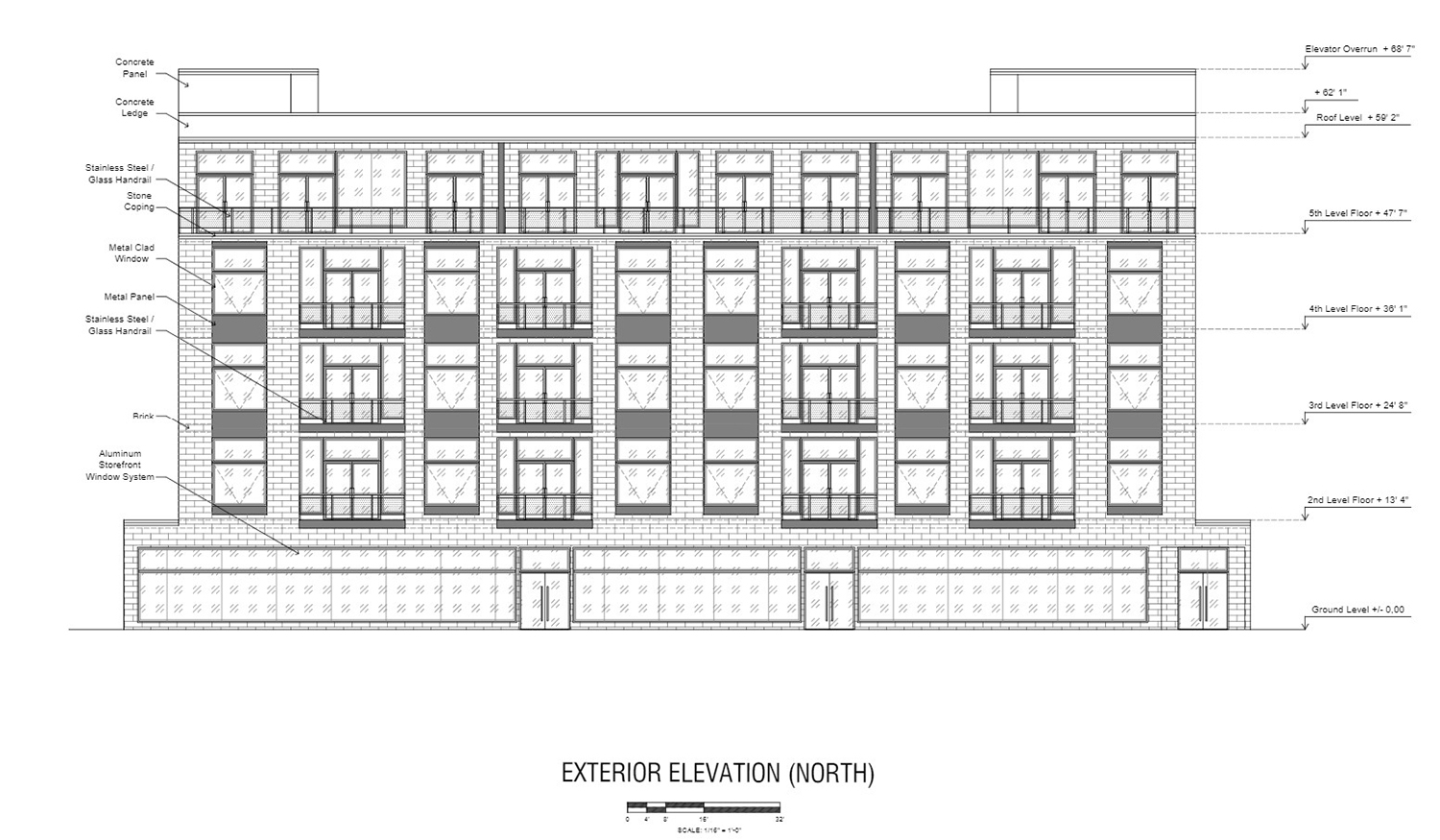 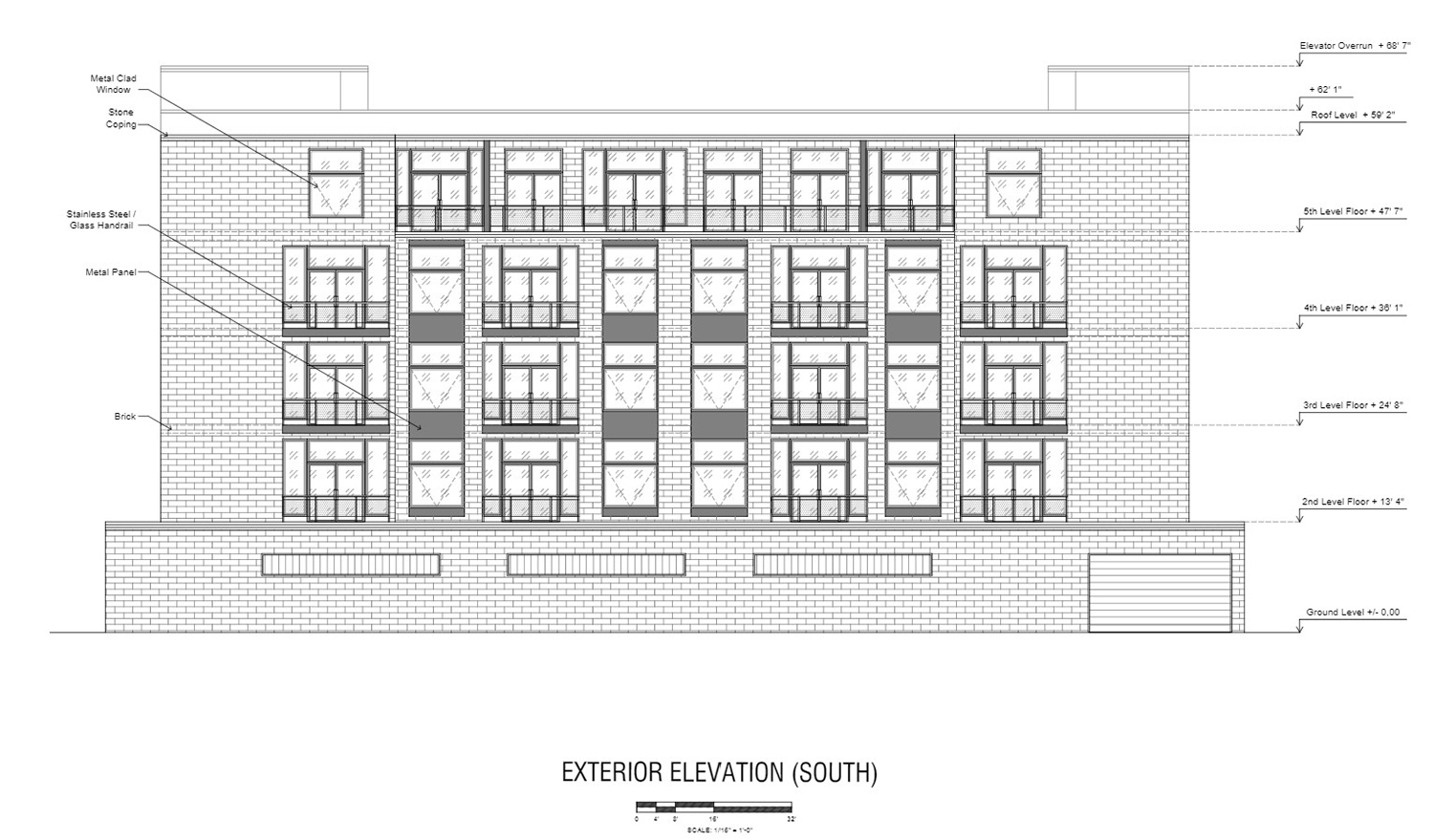 As part of the development scheme, the developer is proposing a zoning change from RS-1, Residential Single-Unit District, the B2-3, Neighborhood Mixed-Use District. This upzoning has yet to be approved by the alderman and the Chicago City Council. Construction was expected to begin in March 2021, but is inevitably delayed in the absence of zoning approval. An updated timeline has not been announced.