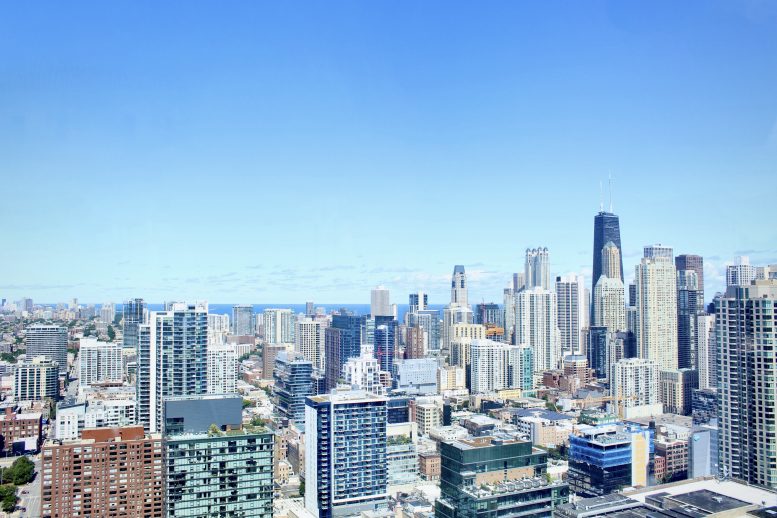 YIMBY has north- and east-facing photos from the 41st floor of Wolf Point East, a 679-foot-tall, 60-story residential building in River North. The photos show the scope and magnitude of several projects under construction around downtown. 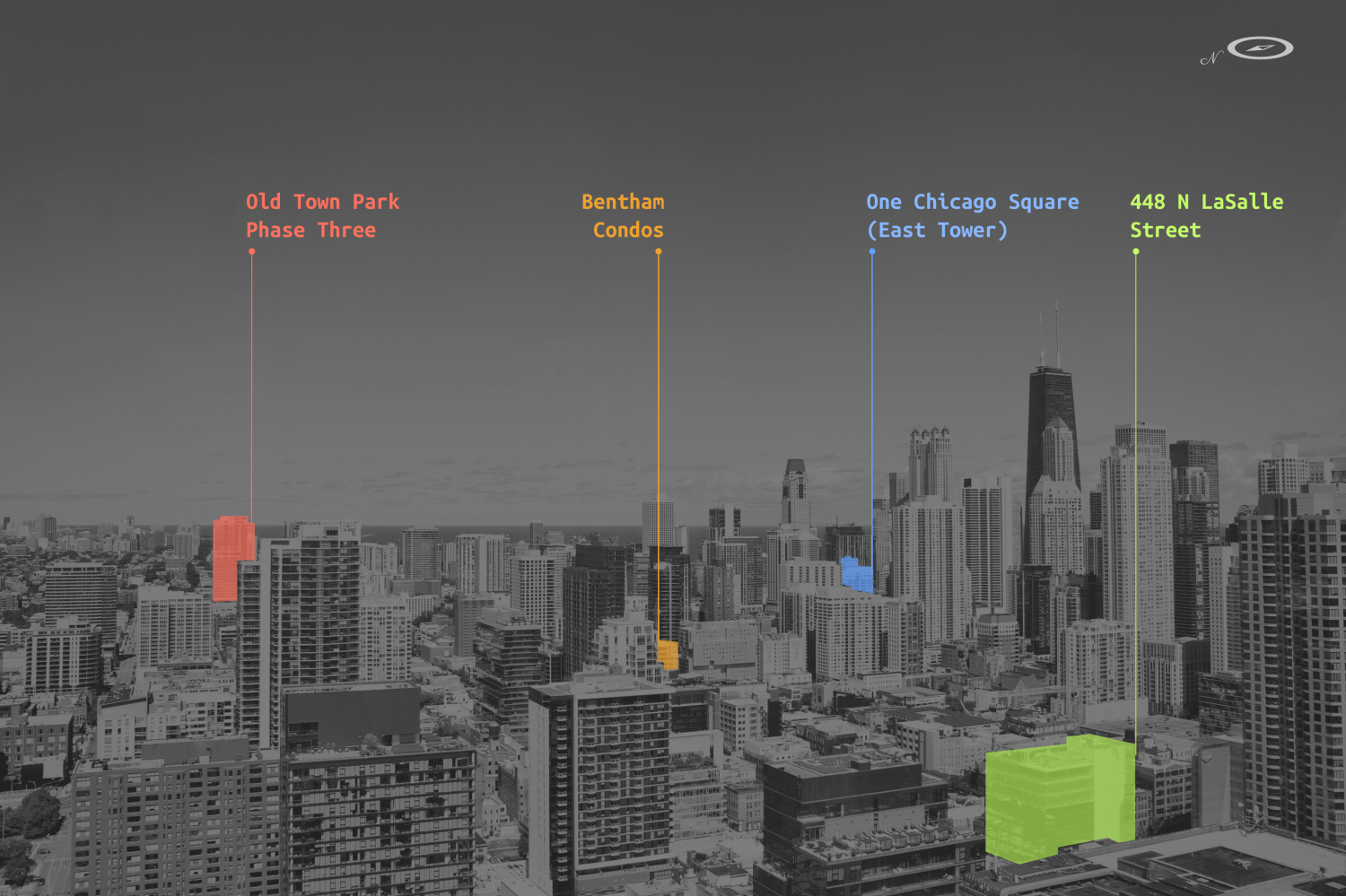 Other projects contained in the frame but are obscured by other buildings include the 17-floor 808 N Wells just left of Bentham, and One Chicago’s 49-floor west tower to the left of One Chicago’s east tower. 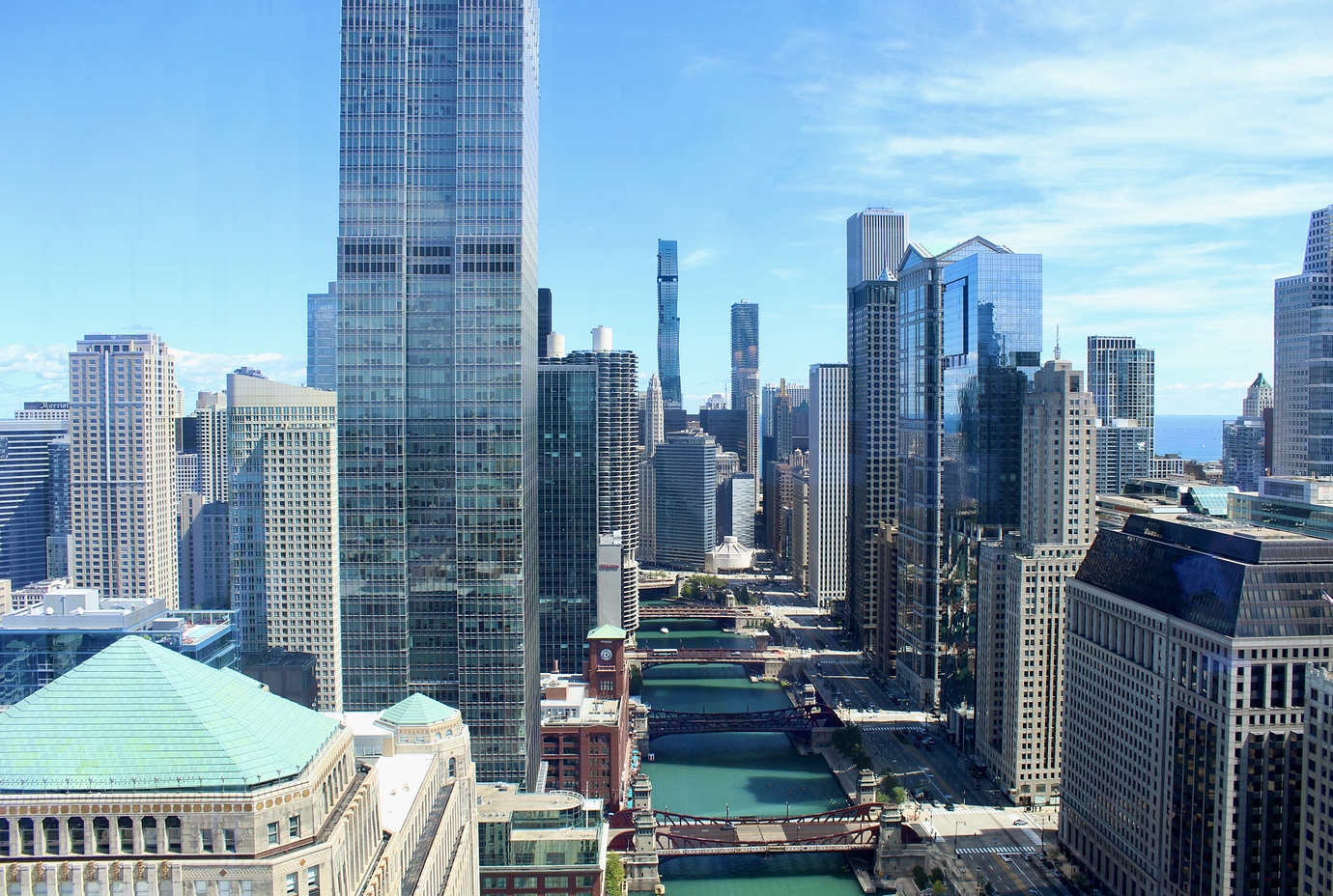 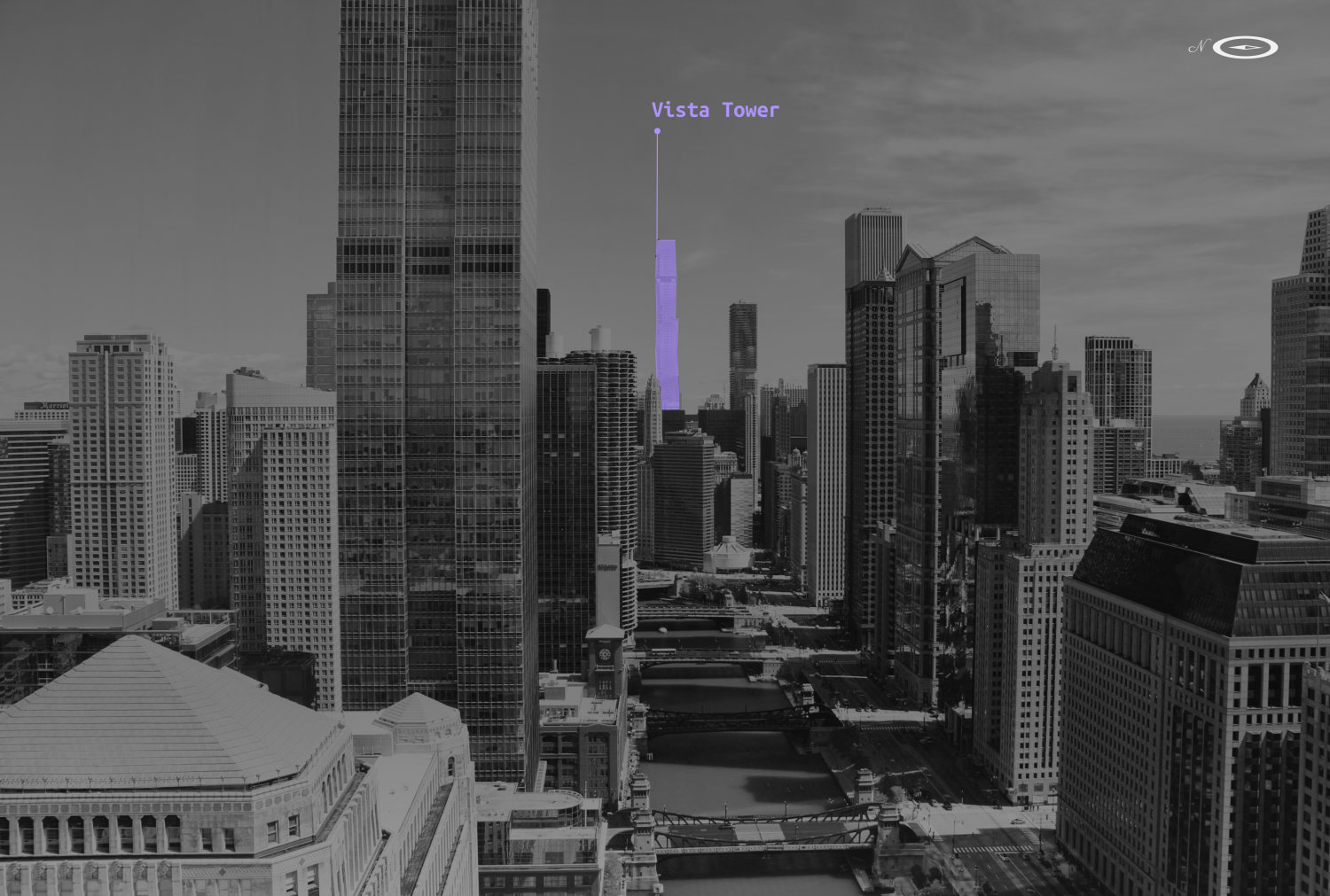 The east-facing view has more obscured projects due to the heights of the surrounding structures. The only visible project is the 101-floor Vista Tower, designed by Jeanne Gang. Other obscured projects under construction include Parkline Chicago on the right side of river, as well as the Cirrus + Cascade duo, whose cranes are just to the right of Vista.

Other taller developments like Salesforce Tower and Union Station/BMO Tower are in the opposite direction, in view from Wolf Point East facing south towards the Chicago River’s South Stem. When considering the full context, the photos above only capture a fraction of the developments that are currently underway throughout downtown and the rest of Chicago.