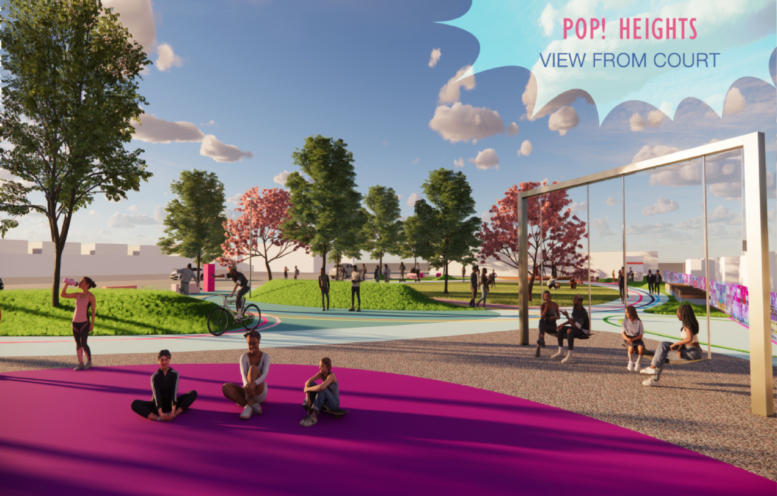 New details have been revealed for the Pop! Heights community park at 11227 S Halsted Street in West Roseland. Located mid-block between 112th Street and W 113th Street, the project replaces an empty lot and is a part of the greater Public Outdoor Plaza (POP!) program. The Department of Planning and Development along with the Far South Community Development Corporation are behind the new park which is being designed by the Lamar Johnson Collaborative to serve the near Pullman area. 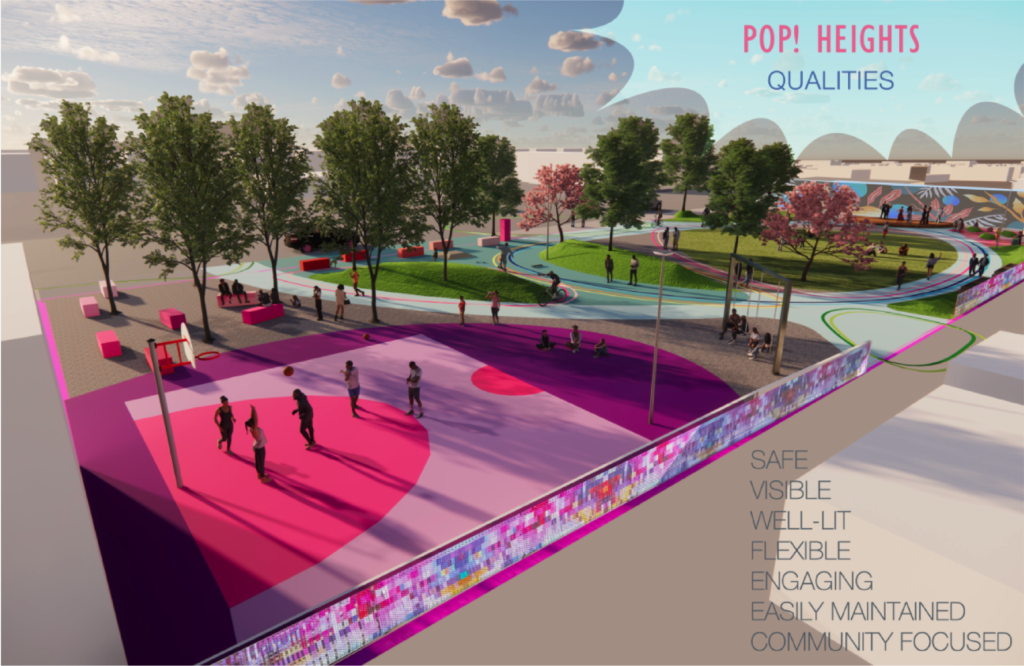 Launched earlier in 2022, the POP! Program is creating strategically placed community gathering spaces with the mission of serving as local hubs for residents, shoppers, commuters, and visitors alike. Appearing on underutilized lots in residential and retail corridors, this project along with the previously announced Mahalia Jackson Plaza in Chatham are part of the 15 spaces being developed for the pilot program. Collaborating with local neighborhood organizations, the West Roseland Pop! Heights park partnered with the Sheldon Heights Church of Christ to consult on the design. 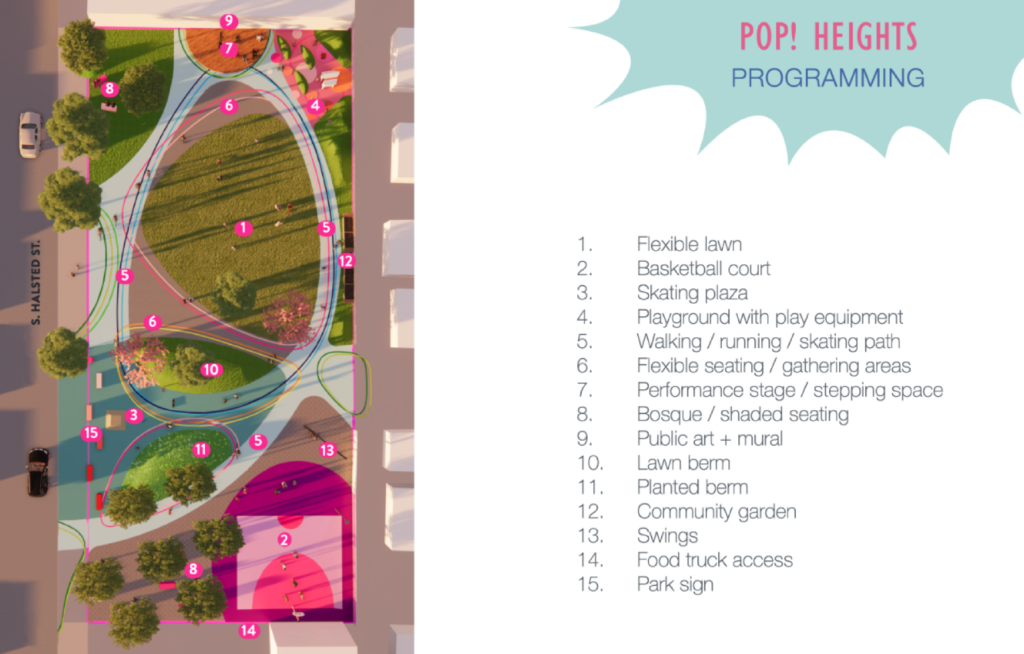 The 21,780-square-foot park will be wedged between a learning academy and a laundromat, it will be split into six primary zones of different uses that are connected by a collection of colorful ribbons on the floor. Within those will be 15 elements including a small flexible lawn space with a small stage, half a basketball court in a bright pink color, playground, skate zone with small ramps, community garden, and a few berms. A pair of forested seating areas will also anchor the two sides of the space while helping block the busy street from the interior of the park with the aforementioned ribbons guiding visitors around and delineating a running path. 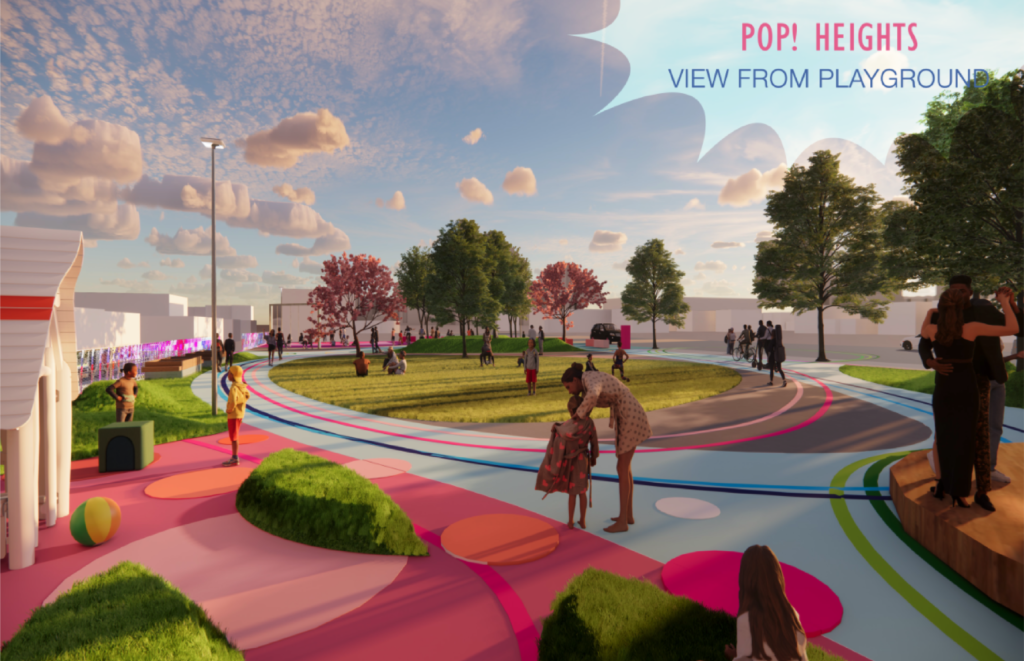 Bus services is accessible nearby via the CTA Routes 8A and 108 on site as well as Routes 111 and 115 via a three-minute walk. The park applied for one of 10 grants from the city to help its construction, further rounds of proposals will begin soon and be located within moderate- or low-income areas around town. Construction began and the plaza is expected to open by early October.

Be the first to comment on "New Details Revealed For POP! Heights Park In West Roseland"