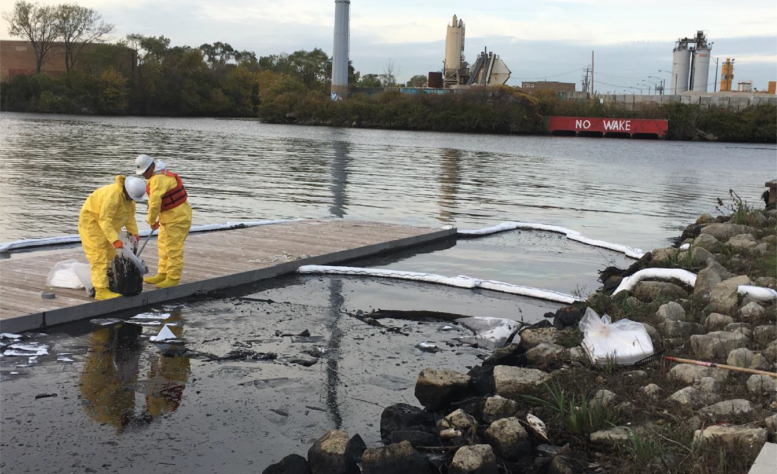 Mystery oil spill clean up in 2017 via WTTW News 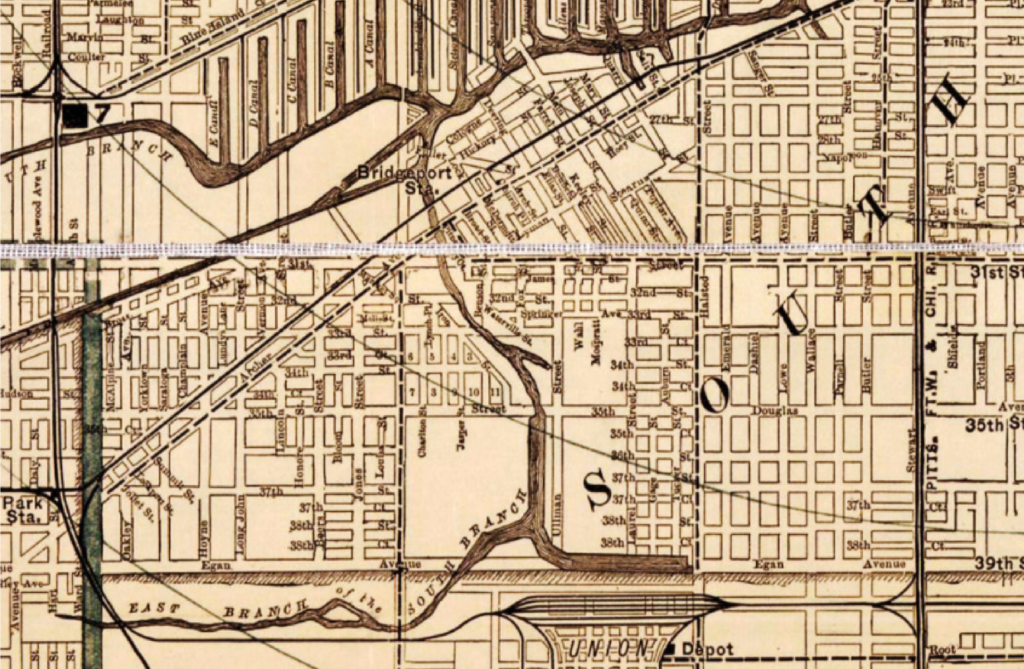 Historical map of Bubbly Creek and its Original branches via Hiddenwatersblog. Recommended to follow along on Google Maps to see its effects on streets

With McKinley Park being on the other side of the water, the creek starts on its south end at a Metropolitan Water Reclamation District pump house near W 38th Street and flows north towards the Chicago River. Its name and negative history both originate from the days of the Union Stockyards, with it being used as a shipping channel and dumping grounds for years of animals and their bi-products. These would decompose in the nearly stagnant body of water and release gasses that bubbled up to the surface, highlighted by Upton Sinclair in The Jungle. 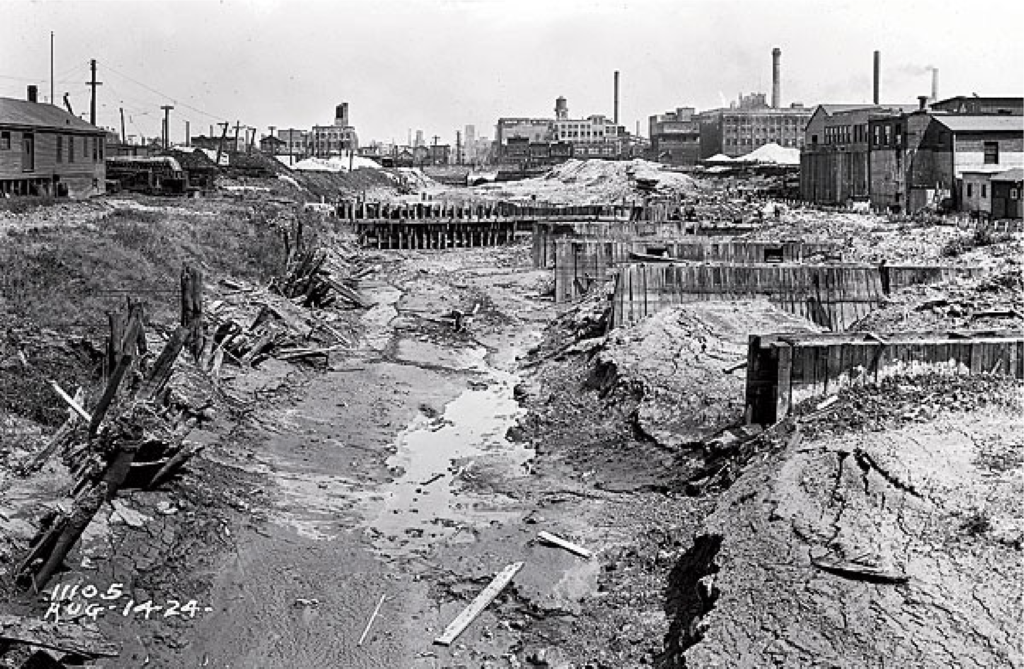 Historical image of Bubbly Creek in the stockyard days via Hiddenwatersblog

This unfortunately also destroyed much of the wildlife in the once-wetlands ecosystem which still suffers from the Water Reclamation District dumping millions of gallons of wastewater into it. However the creek has seen various reclamation efforts in recent years including a $15.4 million proposal from the Army Corps of Engineers, stalled due to the discovery of contaminated sediment. As well as a mildly successful attempt by Bridgeport Village who continuously injected compressed air into the creek in an attempt to oxygenate the waters, bringing back a small amount of fish to spawn on its sunken barges. 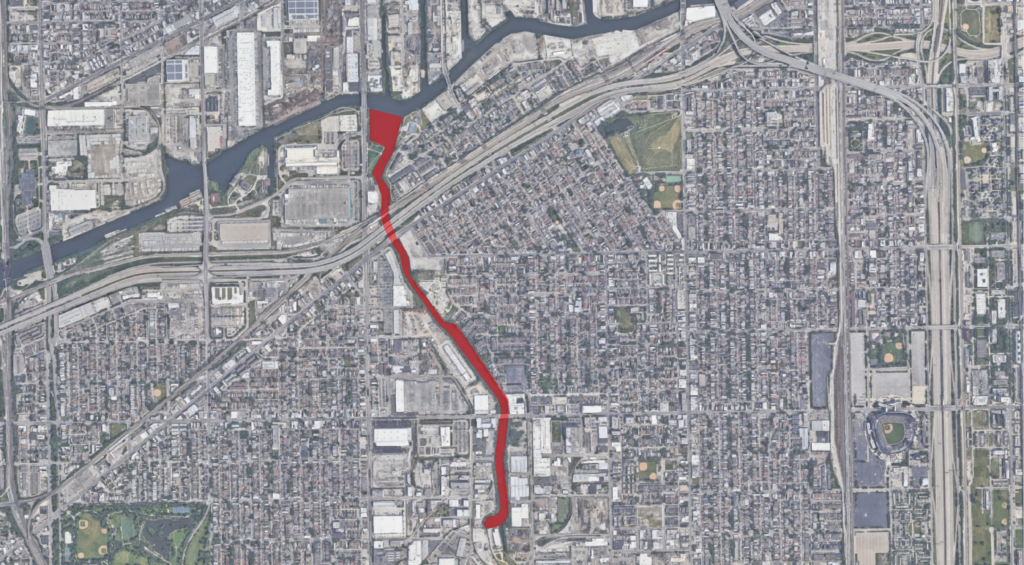 But now a new $1 million project will bring a renewed effort towards bringing life back to its dredged shores. The federally funded restorative program was announced this past month and will employ community members and teach them about river conservation in hopes of long-term change. It will also install new floating islands of vegetation and bring back natural prairies where it can along its shores. Most importantly it will bring better natural stormwater retention and flood control retention to prevent the ecological damage caused by the current use.

Finally it will fund a new fish counting program that will also observe where they like to spawn and provide special attention towards those areas with the restorative efforts according to the Chicago Sun Times. At the moment no date was given for the start of the project, but is expected to start soon and be paired with further proposals including a new community gathering space and nature play space at Park 571, and the South Branch Corridor Project by Friends of the Chicago River.