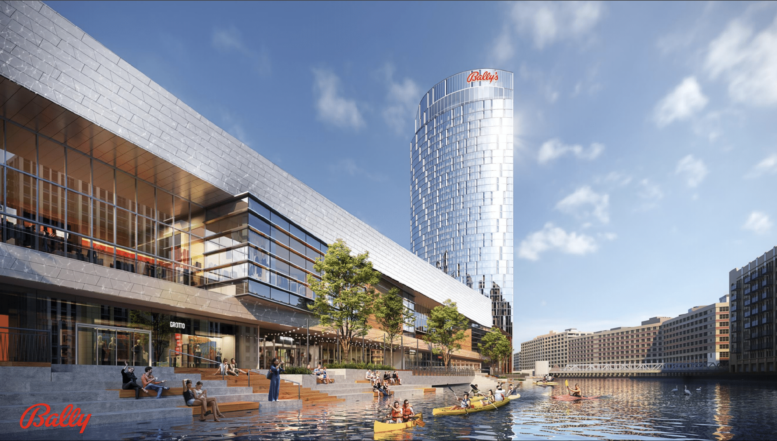 Chicago Mayor Lori Lightfoot has announced her selection of the Bally’s Tribune Center bid as the winner of the long casino selection process. Located at 777 W Chicago Avenue in River West, the winning proposal will replace the existing Chicago Tribune Printing Center which had been part of a larger approved planned development for multiple years. Rhode Island-based Bally’s, which operates over 10 casinos nationally, is planning to develop the site as their new flagship property designed by local architecture firm SCB that will hug the north branch of the Chicago River. 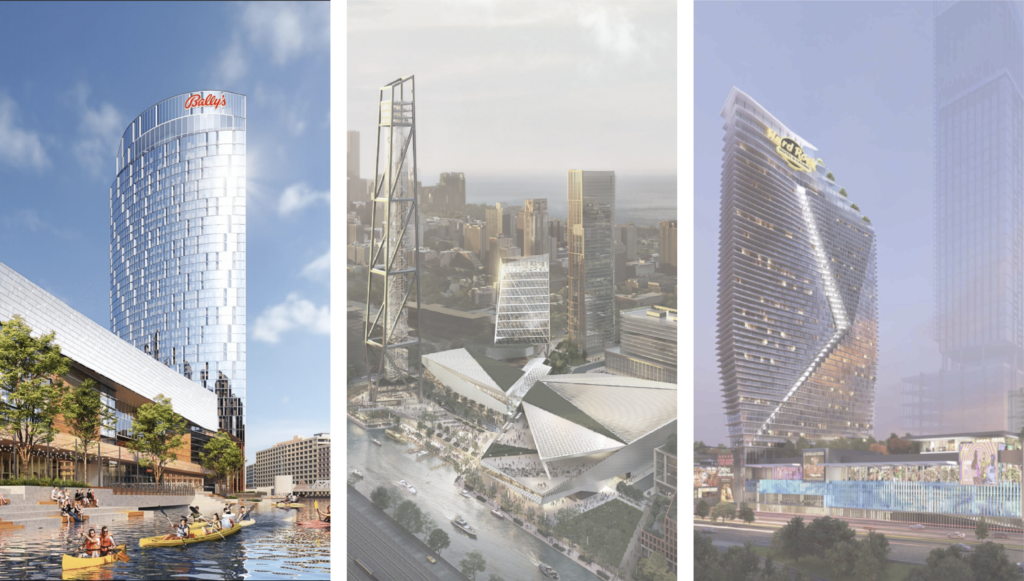 The bid beat out the other two finalists which included one from Hard Rock at the One Central mega-development and Rivers at The 78, all after months of revisions and tumultuous community meetings. A deal 30 years in the making, Bally’s is now poised to build the city’s first casino if it can clear crucial approvals from City Council and the Illinois Gambling Board next. The decision was speculated earlier in the week after news broke of Shapack Partners purchasing a nearby building, and Onni Development Group acquiring the site directly north of the casino at 700 W Chicago Avenue. 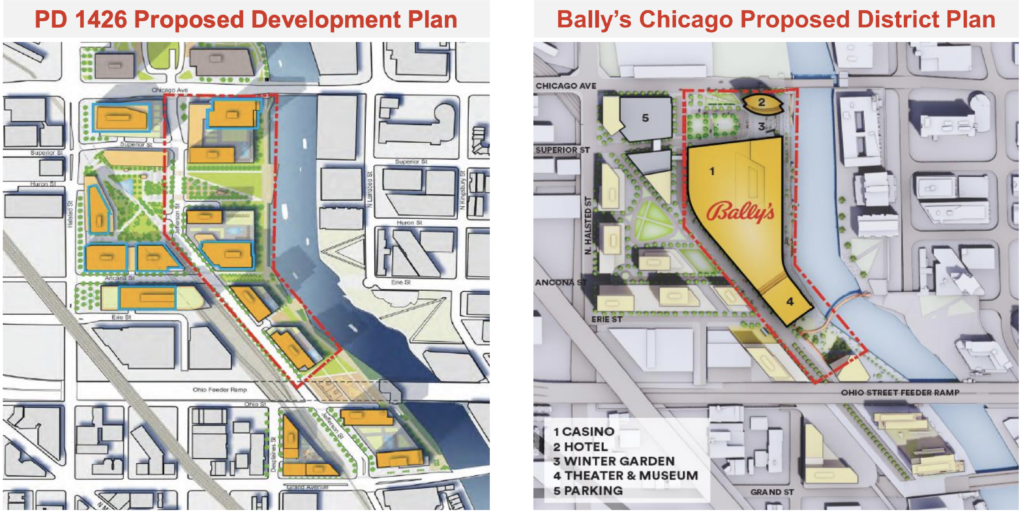 A large convincing factor is the overall money the Bally’s bid is expected to bring in, starting with an increased upfront payment of $40 million, an annual payment of $4 million during the construction of the main casino, and commit to 60 percent minority hiring with pathways for upwards mobility. The yearly tax revenue after six years of this proposal was also the highest of all of three finalists at around $192 million compared to The 78 bid which would have produced the least at $174 million, all of which will help with some of the pension issues the city has. 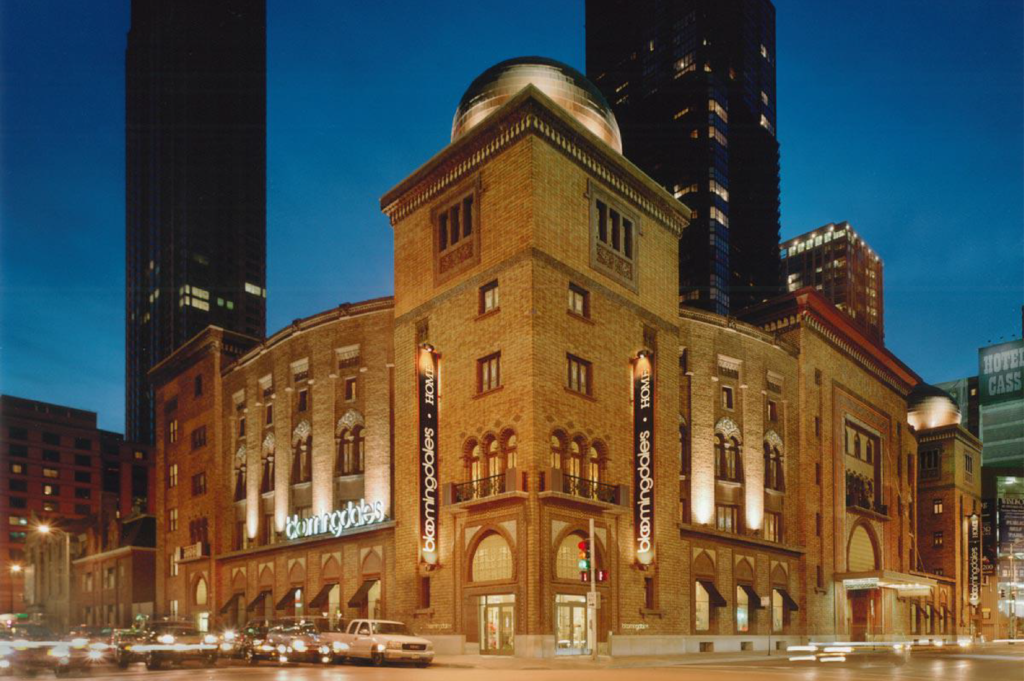 View of Medinah Temple at night via Friedman Properties

Once approved, Bally’s will begin construction of their temporary facility. Previously expected to be across the street inside the old Chicago Tribune plant, plans for that have since changed and it will now occupy the old Medinah Temple at 600 N Wabash Avenue in River North. This may be due to the aforementioned deal with Onni to purchase that lot and build up to 1,000 residential units. The new temporary location will bring a 45,000-square-foot two-story casino with up to 1,200 gambling positions, and two restaurants along with plenty of back of house space across the 77,000-square-foot building. 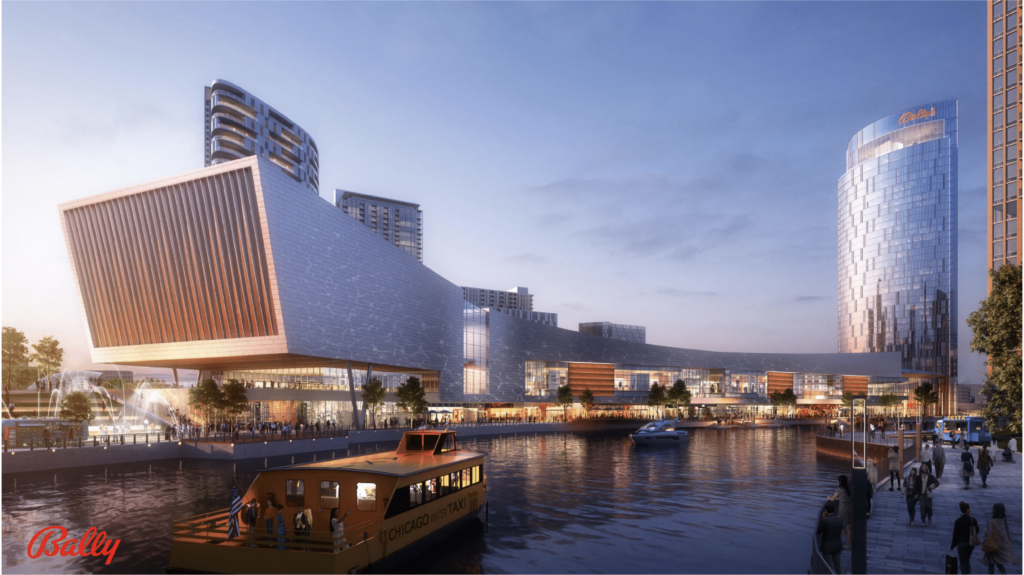 The final $1.7 billion, 1 million-square-foot development will begin construction soon after and be anchored by a 37-story tall oval-shaped hotel tower holding 500 rooms and a two-story rooftop restaurant facing downtown. This will be connected via a winter garden to the massive casino building holding 3,400 slots and 170 tables, a 20,000-square-foot exhibition and museum space, a 70,000-square-foot entertainment center with a 3,000-seat theater, six restaurants including a food hall, and an outdoor music venue for up to 1,000 people. 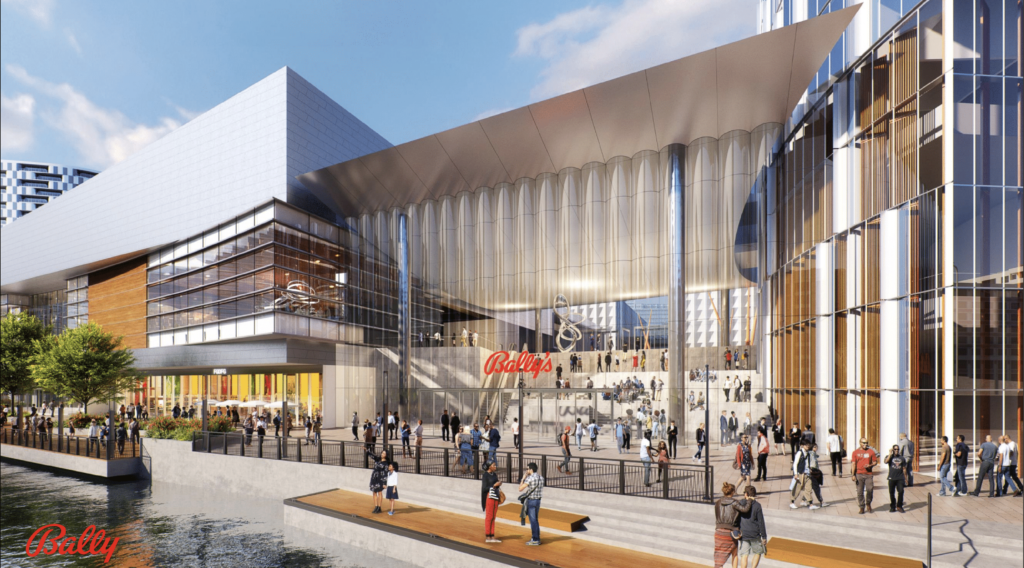 The plan also calls for a rooftop pool and activity deck for hotel guests, a drop-off loop within a park for the hotel tower, a 2,100-foot riverwalk including a large park at the southern end of the casino building, and a new pedestrian bridge over the river to Ward Park across the way. There are also 30 improvement projects suggested around the site such as the reconstruction and widening of the Chicago Avenue bridge, these will be in collaboration with the city. The proposal also includes a massive parking garage across a new access road which can be expected to hold over 1,000 vehicles. 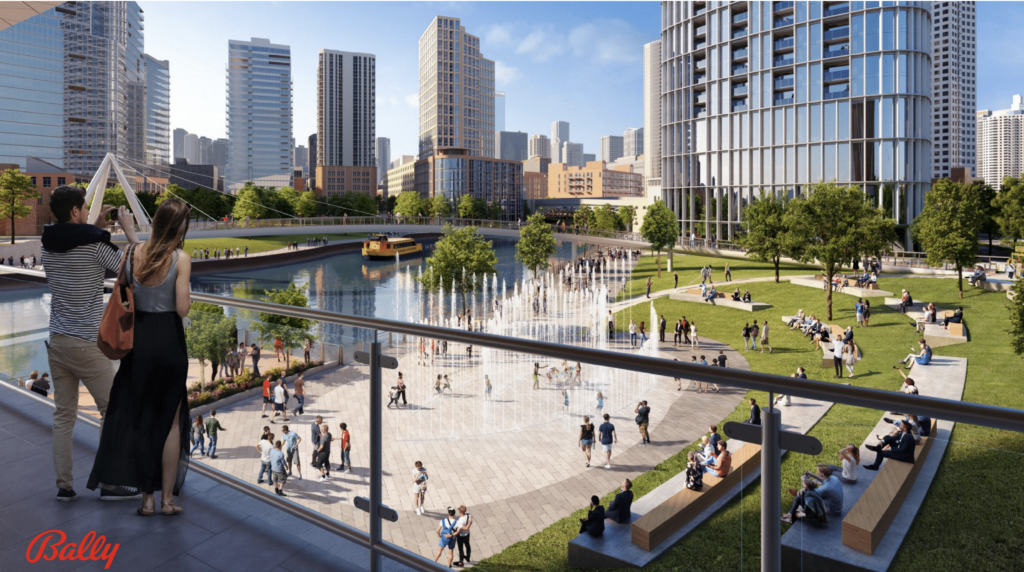 Although the casino technically will lower the approved density of the river-front planned development, locals have expressed concerns towards the proposal including a 120-page compilation of their complaints which was delivered to project leaders. The concerns focus around increased traffic, which has yet to be worked out with the CTA and CDOT, and the potential for increased crime as well. Bally’s will continue to work with local leaders although both aldermen for the permanent and temporary facilities have expressed their disapproval for the plans. 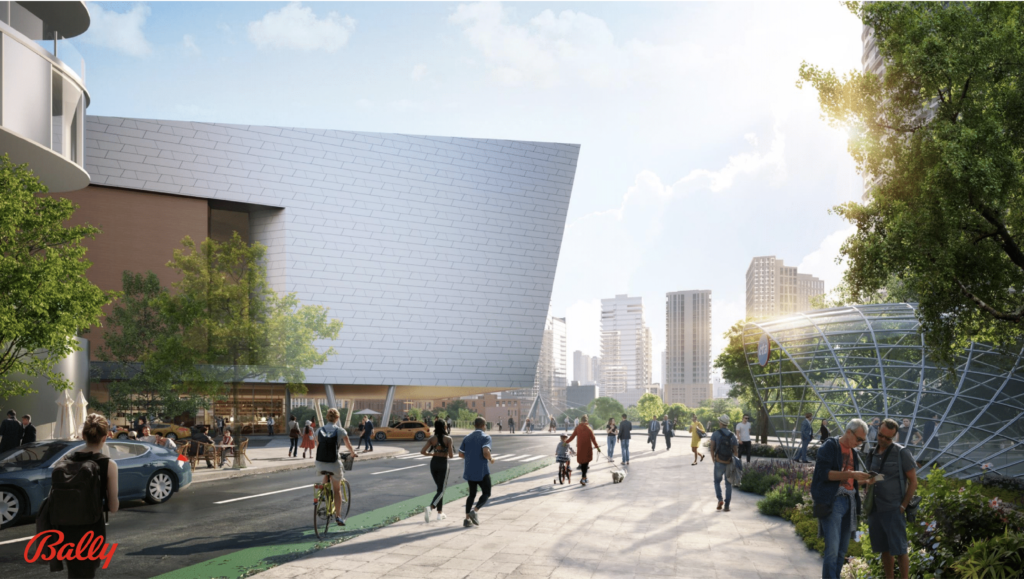 As mentioned, the selection by the mayor is just the first part of the larger approval needed for the plans to proceed. City Council will be next, however Bally’s was able to secure a labor deal with the local union which is needed for securing the council’s support according to Crain’s. After that it will require the State Board to sign off in order to ratify their gambling license, once this is complete along with other unique permits such as a 24-hour liquor license, the project can break ground. With a summer 2023 opening date for the temporary facility, the permanent casino will guarantee 3,000 temporary construction jobs, and create 3,000 permanent jobs once completed in the first quarter of 2026.