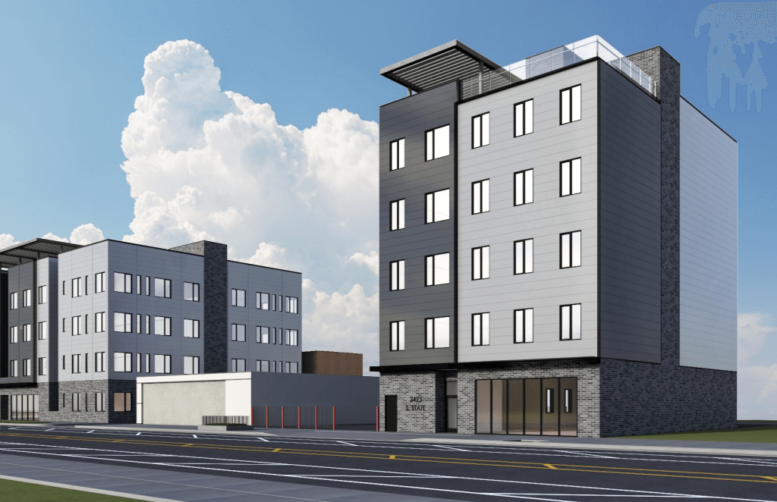 Work has now reached the second level for a five-story residential building at 2423 S State Street in Near South Side. This boutique structure will be the second of two nearly-adjacent structures developed in partnership with developer City Pads and the co-living company known as Common. 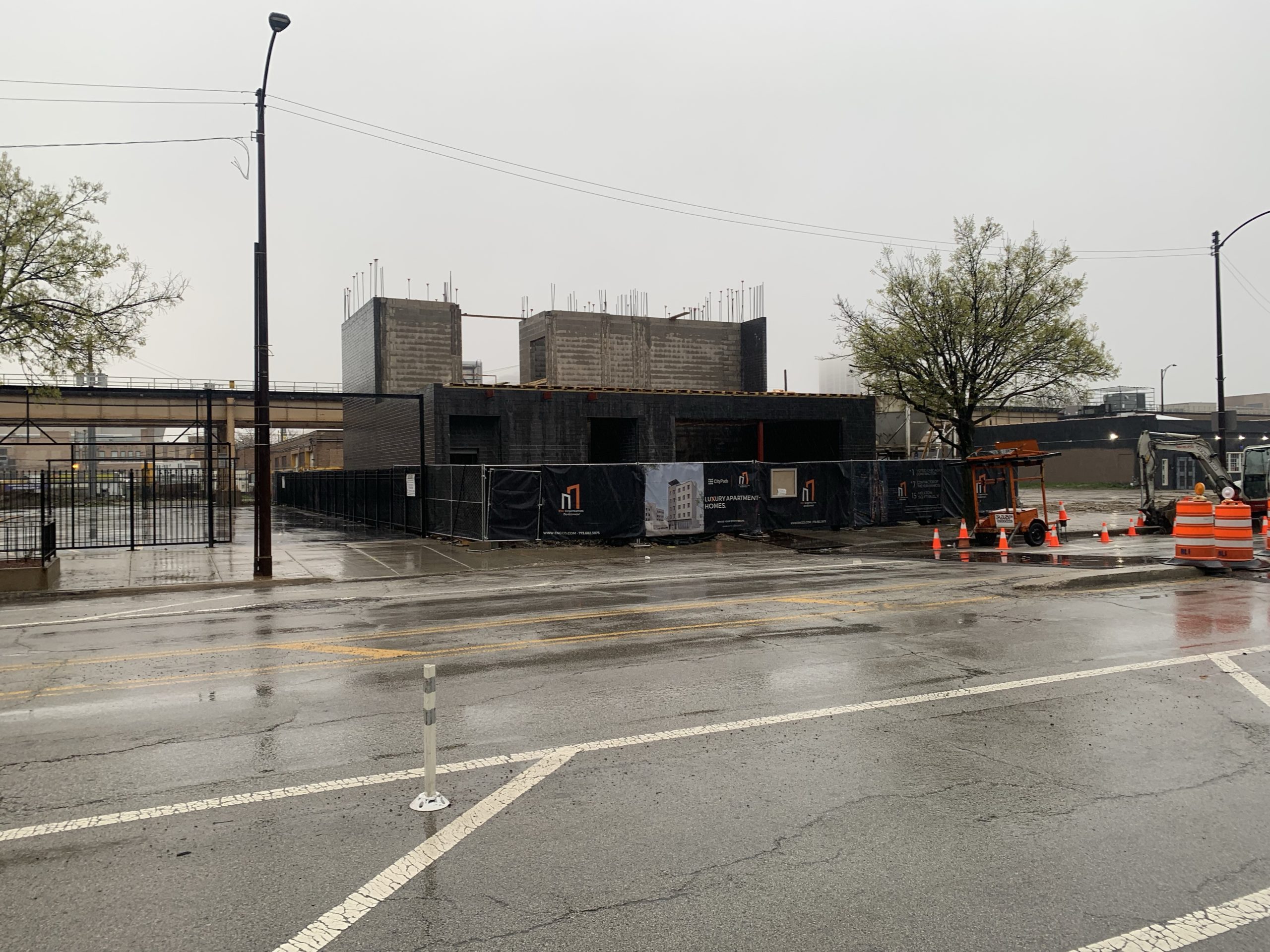 The first structure at 2401 S State Street was covered yesterday, and is much closer to full completion with remaining touches now underway. The overall development has been dubbed “Common McCormick,” which will yield a total of 28 co-living suites comprised of 111 individual bedrooms. Given its smaller square footage, nine of the suites and will be located in 2423 S State Street, offering 36 individual bedrooms.

An increasingly popular type of urban development in the city, co-living accommodations provide residents with private bedrooms and a shared living space. For this project, furniture, cleaning services, and utilities will all be included in the rent, which begins at $1,024 per month. 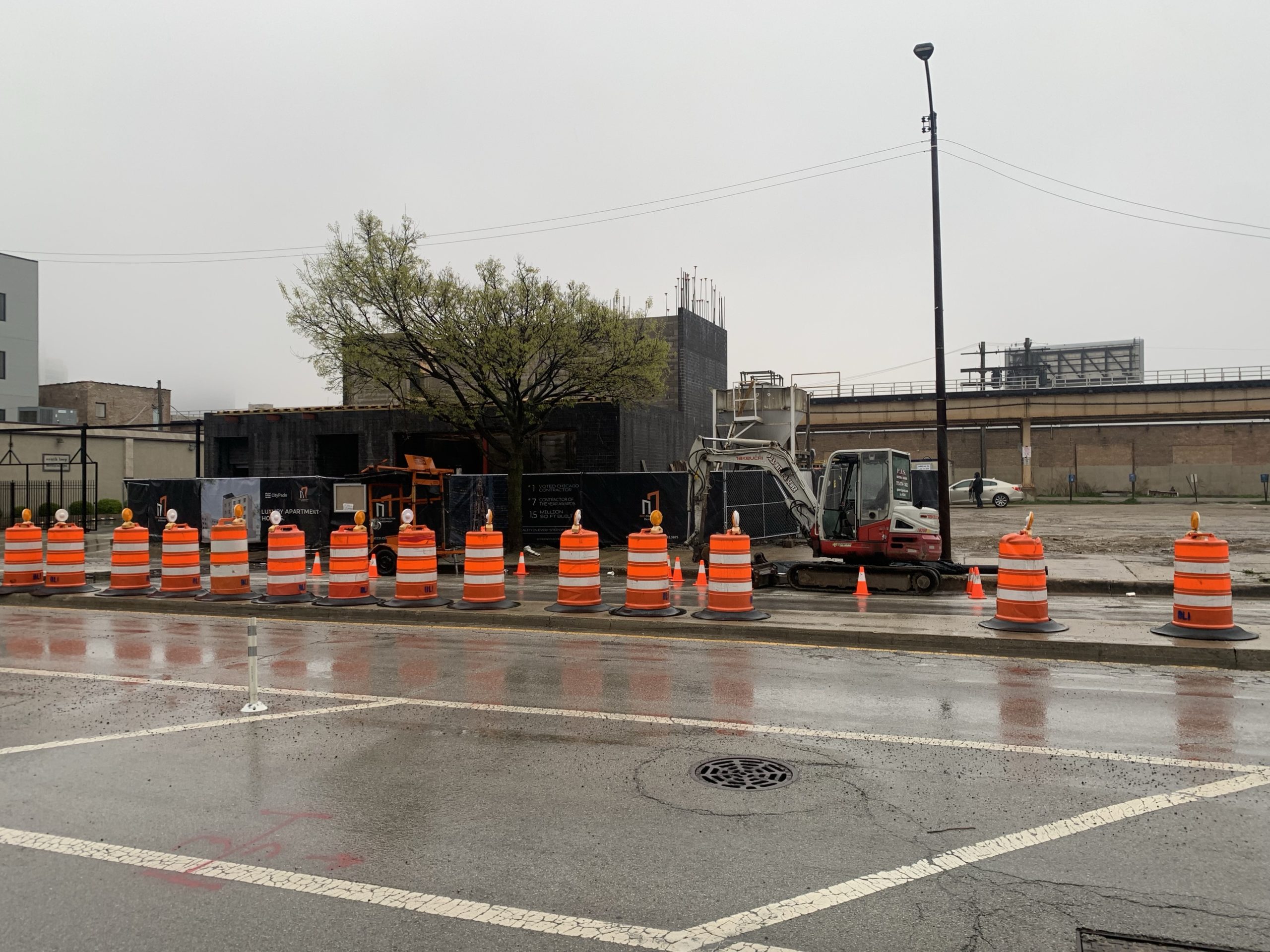 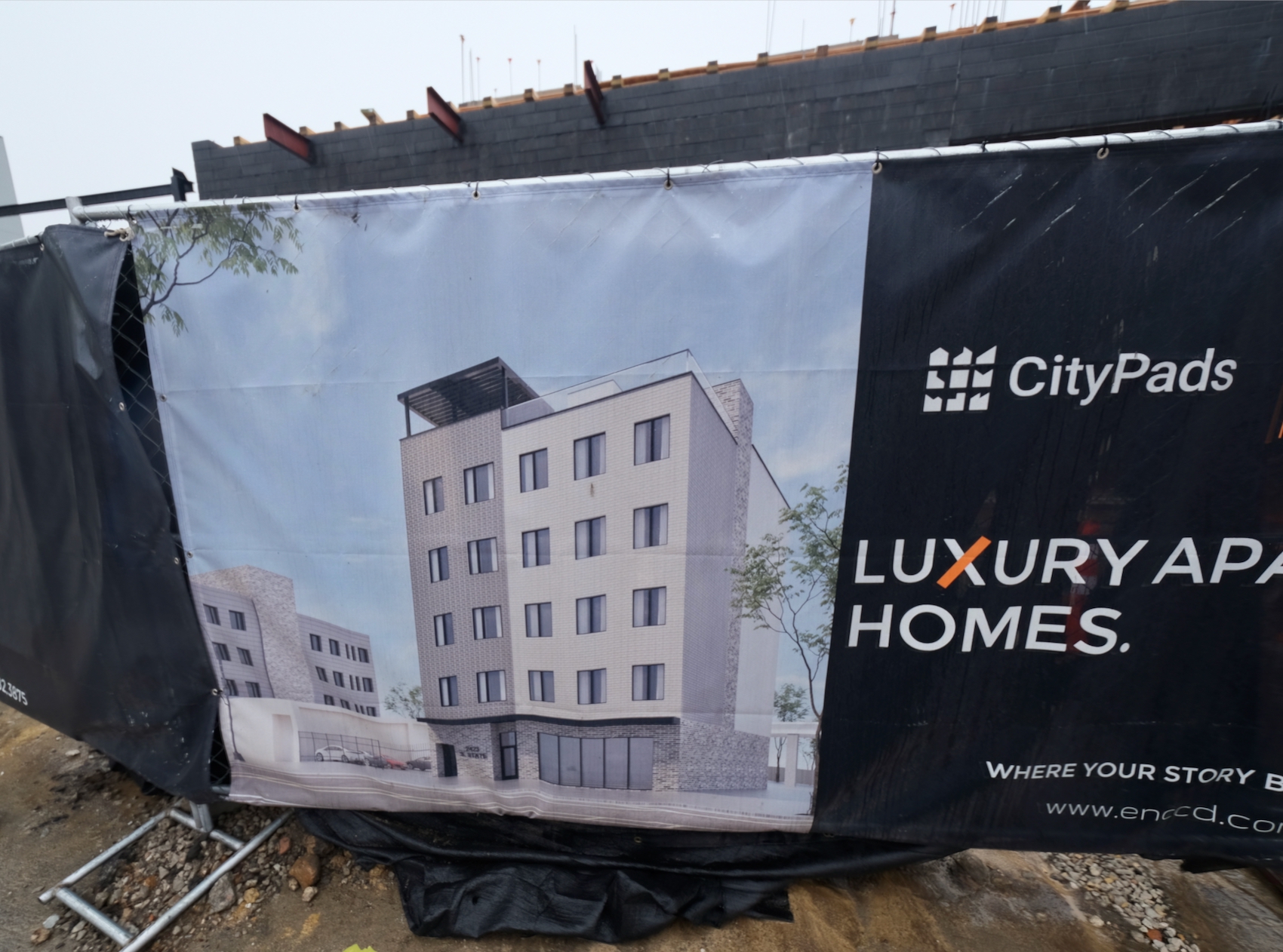 Built Form is the project architect, whose renderings have now been revealed since YIMBY’s permit article on the project in 2020. While an earlier rendering depicted a metal facade like its larger counterpart, a new rendering shown on site depicts a brick cladding with lighter shades of gray. Both edifices will also be capped by a rooftop amenity deck with pergolas. 2423 S State will also come with a co-working amenity space and five exterior parking spaces.

Despite the low parking space count, the surrounding vicinity is inundated with multiple transit options. Bus service for Route 29 is located within just a minute’s walk, while other stops for Routes 1 and 4 are accessible via a five-minute walk northeast to Michigan & 24th Street. Closest CTA service can be found for the Green Line via Cermak-McCormick Place station via a seven-minute walk north. 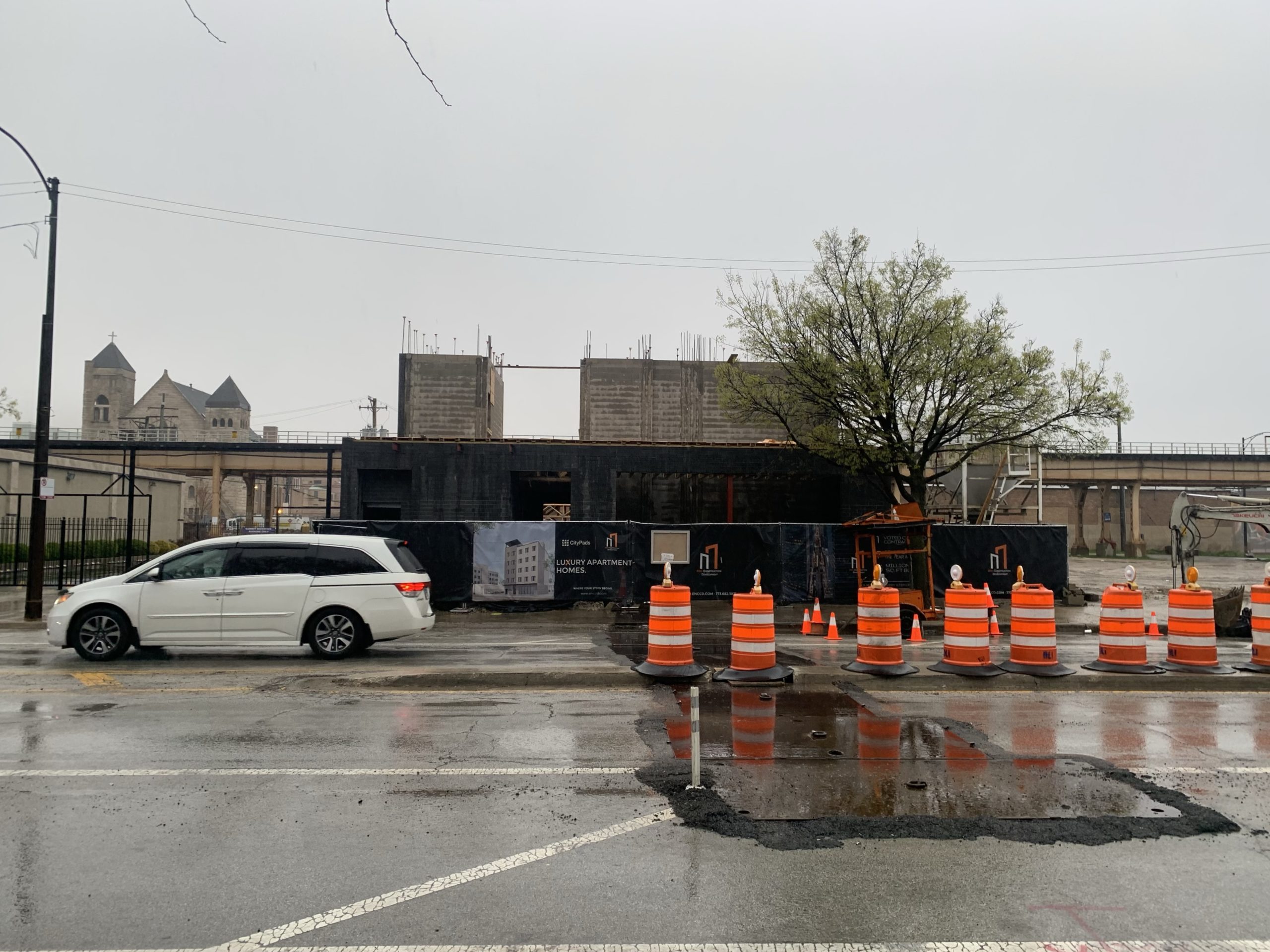 Tallying at $6 million in costs, the construction is being carried out by ENC Construction development as general contractor. While 2401 S State Street is expected to open in the next month, no completion date has yet been mentioned for this second phase.