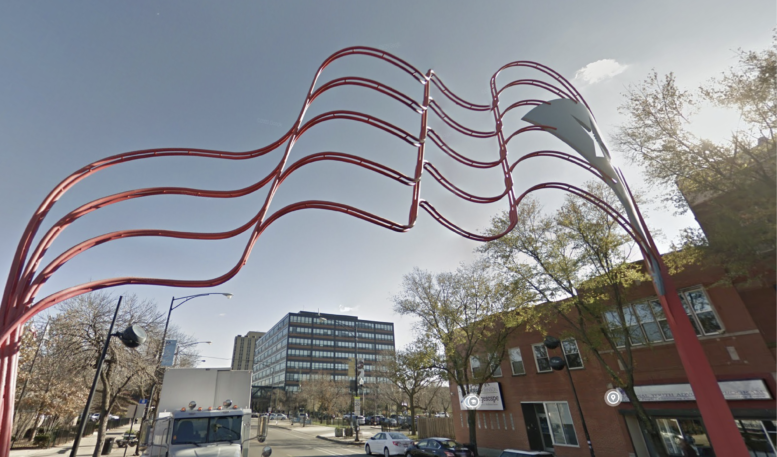 The Commission on Chicago Landmarks has approved preliminary landmark status to the Puerto Rican flag markers located along W Division Street in Humboldt Park. Bookending a stretch of the road known for its Puerto Rican heritage, population, and businesses, the easternmost flag stands near the intersection with N Artesian Avenue and the westernmost at the intersection with N Mozart Street. The designation is a big win in the path towards fully becoming landmarks that will unlock maintenance funding and historical plaques. 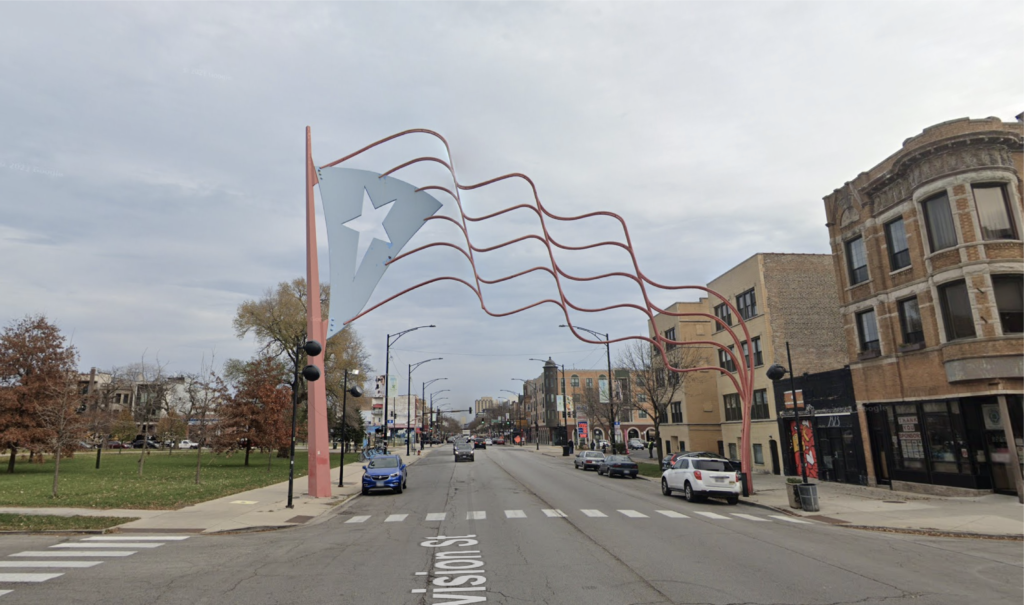 Humboldt Park’s history stretches far back with the rest of Chicago’s, being named after German naturalist and photographer Alexander Von Humboldt and integrated into the city in 1869. Although the area was populated by mostly Europeans, as time progressed and gentrification pushed out Latino populations from the lakefront neighborhoods, it became a new center for the city’s large Puerto Rican population similar to Pilsen. Beginning in the 1960’s but peaking in the 1980’s, Puerto Ricans became the largest ethnic group in the neighborhood and established the economic engine that is Paseo Boricua which the flags flank. 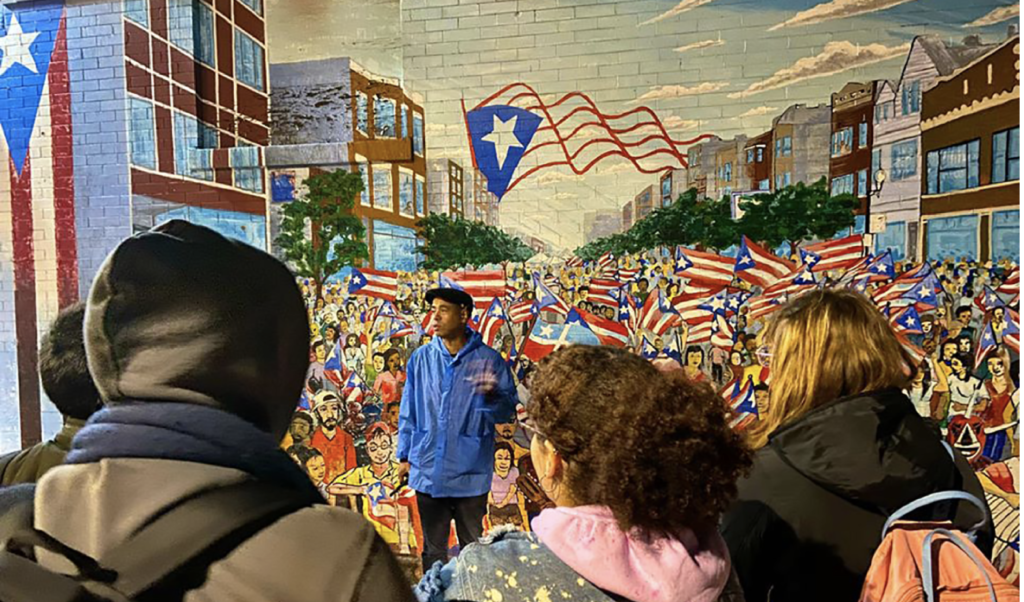 Unveiled in 1995 on Three Kings Day, the 60-foot-tall flags weigh around 50 tons each and were designed by Chicago-based architecture firm DeStefano & Partners and were made of steel to represent the Puerto Ricans who came to the city to work in steel mills. Able to withstand 70 mph winds and last for 500 years according to Block Club, they represent one of the first official Puerto Rican neighborhoods in the nation which has been subject to drastic changes again in the 2010’s as gentrification moves west. 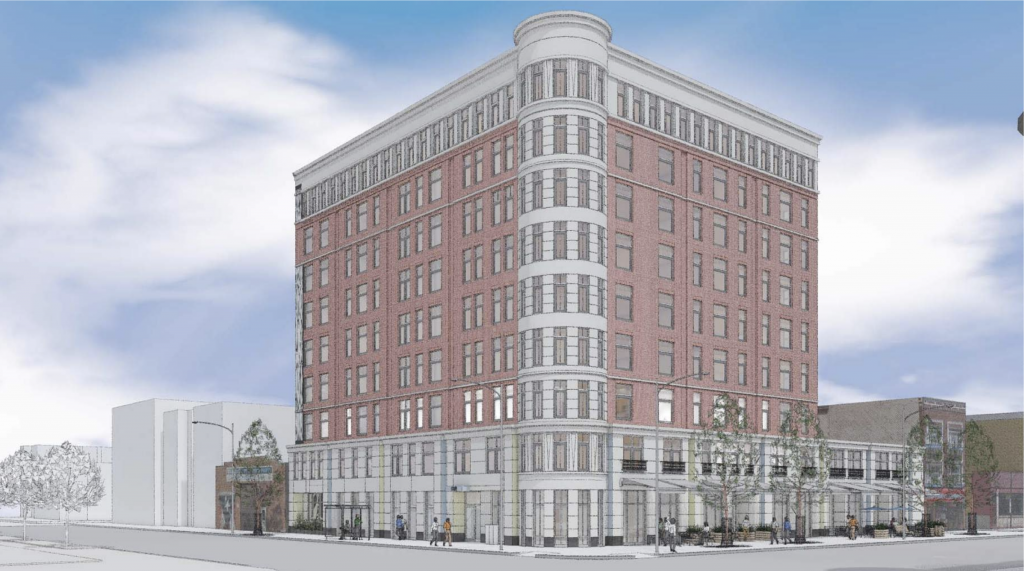 Multiple yearly events take place under the structures including the yearly summertime Puerto Rican festival, various events bring over 650,000 visitors to the road which is being considered to be renamed Puerto Rico Town by locals. The designation will need to move through various approval process including City Council, but its passing will represent an important milestone in preserving the long history of some of Chicago’s most important residents in the face of change with multiple housing and health projects moving forward and changing the area forever.