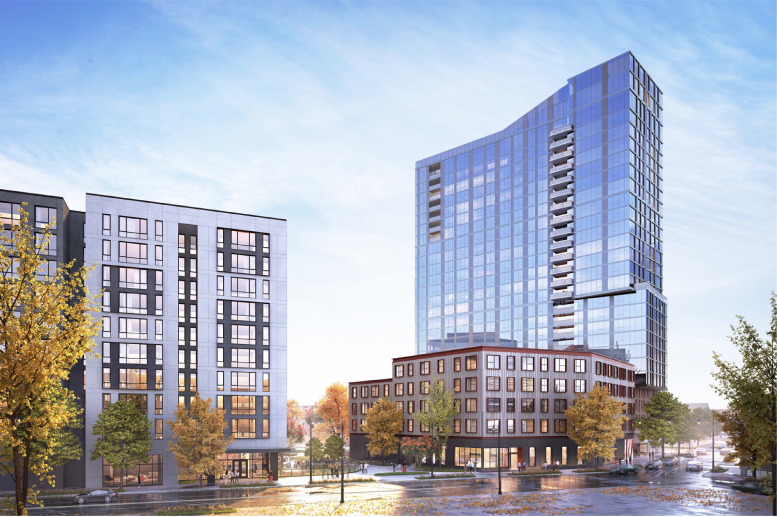 Structured Development has received its last remaining foundation permit for its Shops at Big Deahl masterplan. Under the address 1475 N Kingsbury Street, the greenlit 27-story tower will serve as the fourth and final addition to the $250 million scheme, occupying a three-acre parcel in Near North Side‘s Clybourn Avenue corridor. 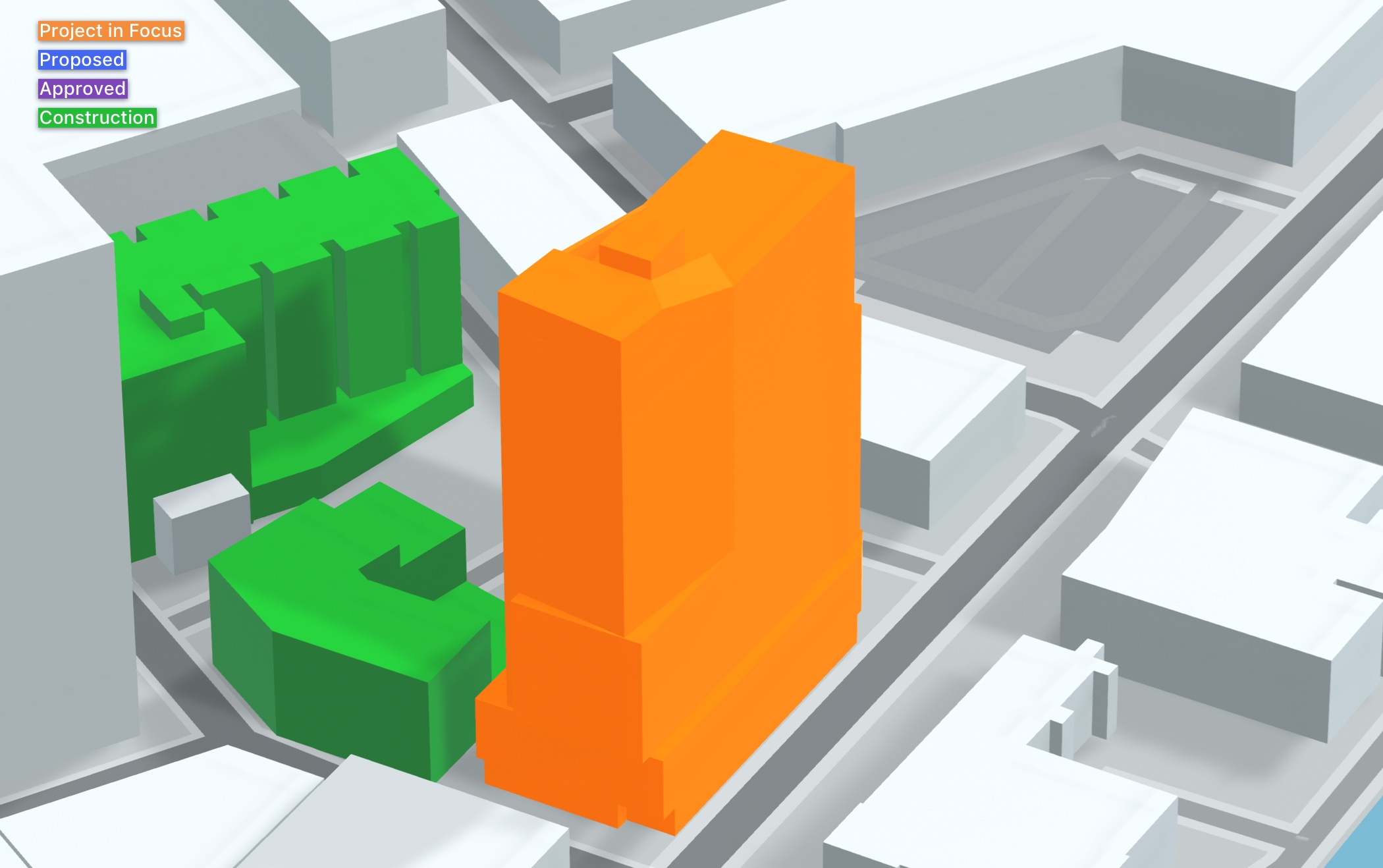 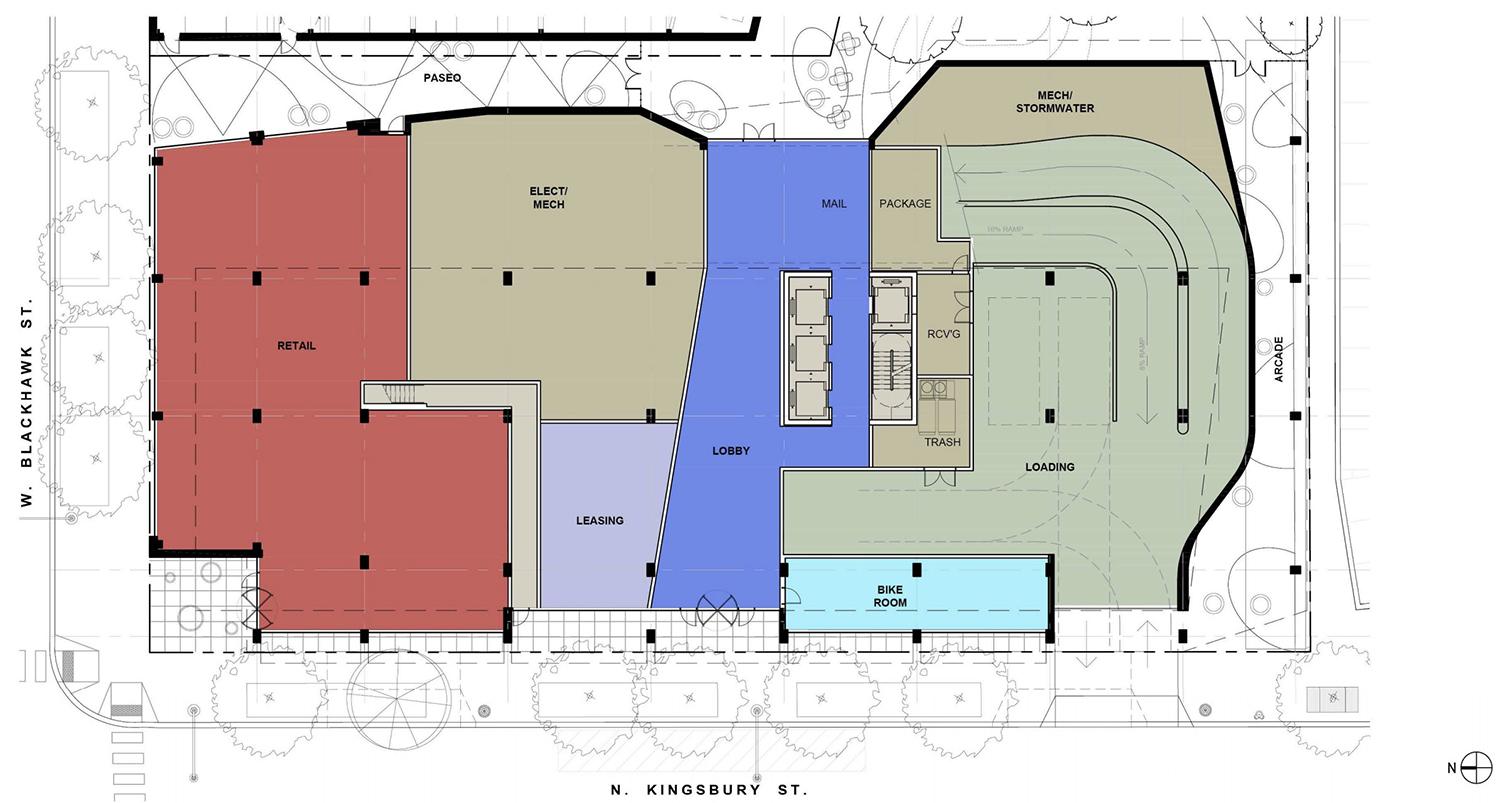 The mixed-use building will provide ground-level retail and a total of 327 market-rate apartments. The affordability requirement as outlined by ARO will be met with the inclusion of 40 affordable townhomes in the neighboring building known as The Seng, along with contributions to the Harrison Row Townhomes development in East Garfield Park. 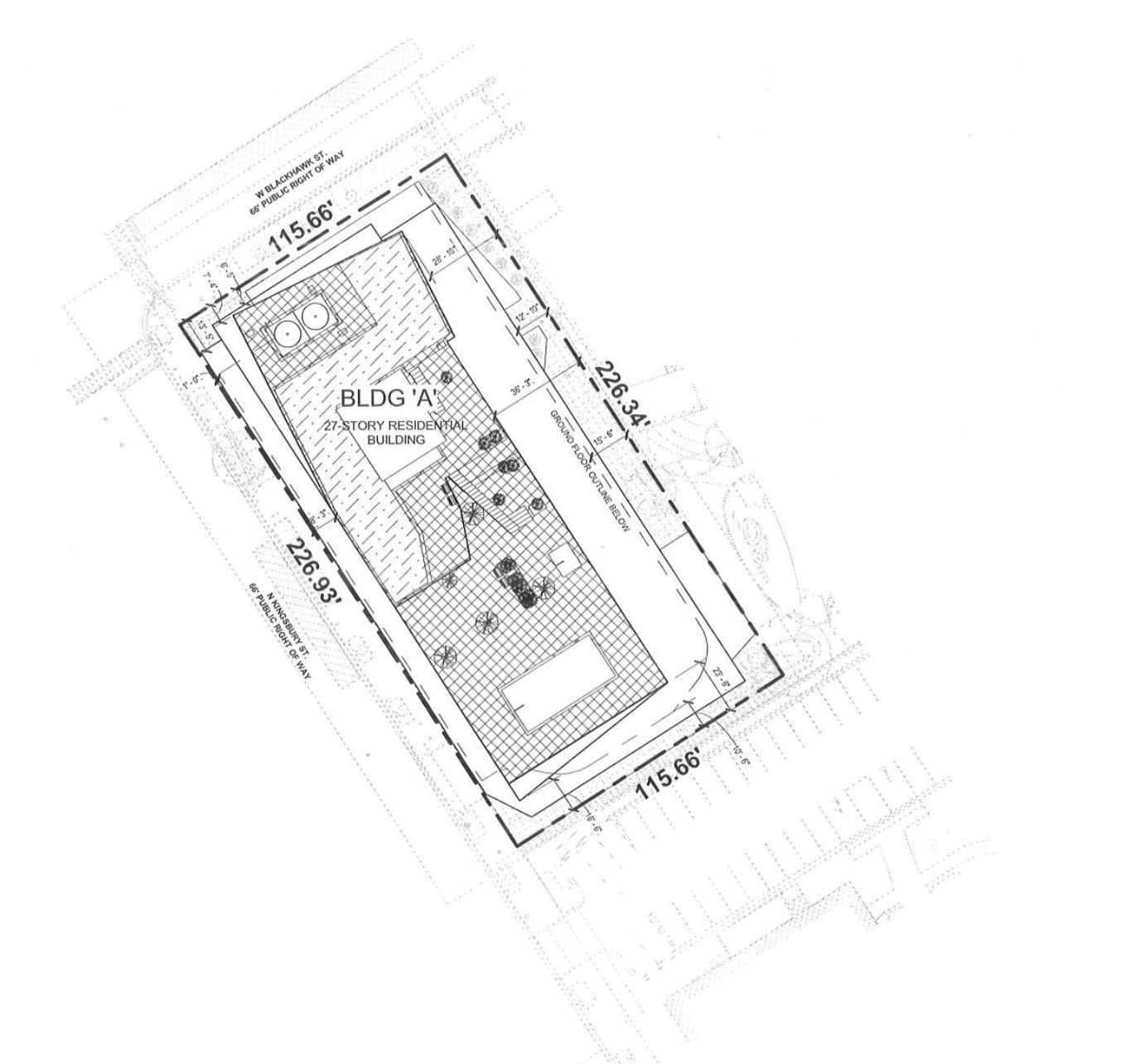 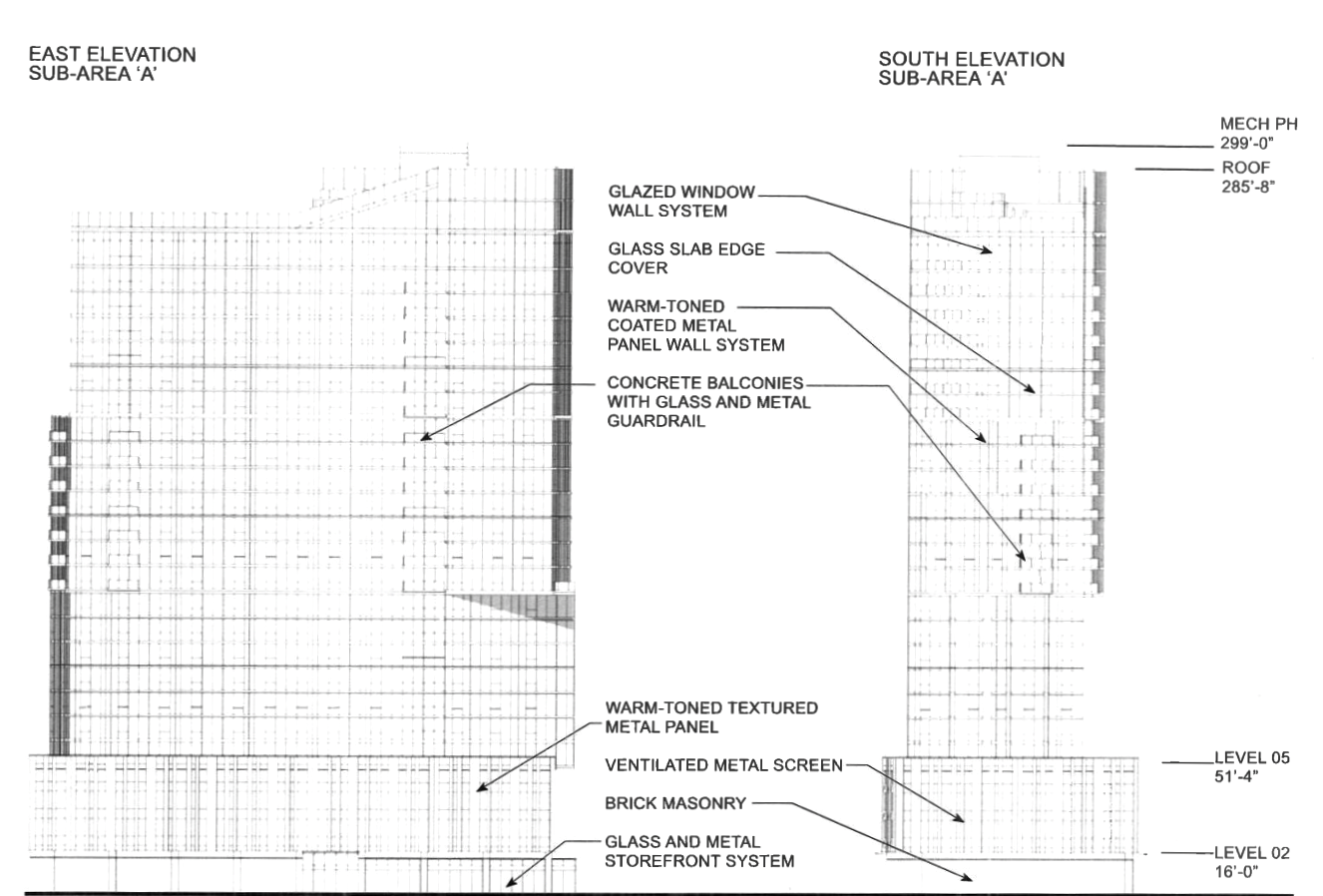 The 299-foot-tall edifice has been designed by FitzGerald Associates Architects, and is comprised of a unique semi-rectangular massing with various angled setbacks and cutouts. The facade involves a glass and metal facade with brick at the base. The larger masterplan, meanwhile, was envisioned by GREC Architects. 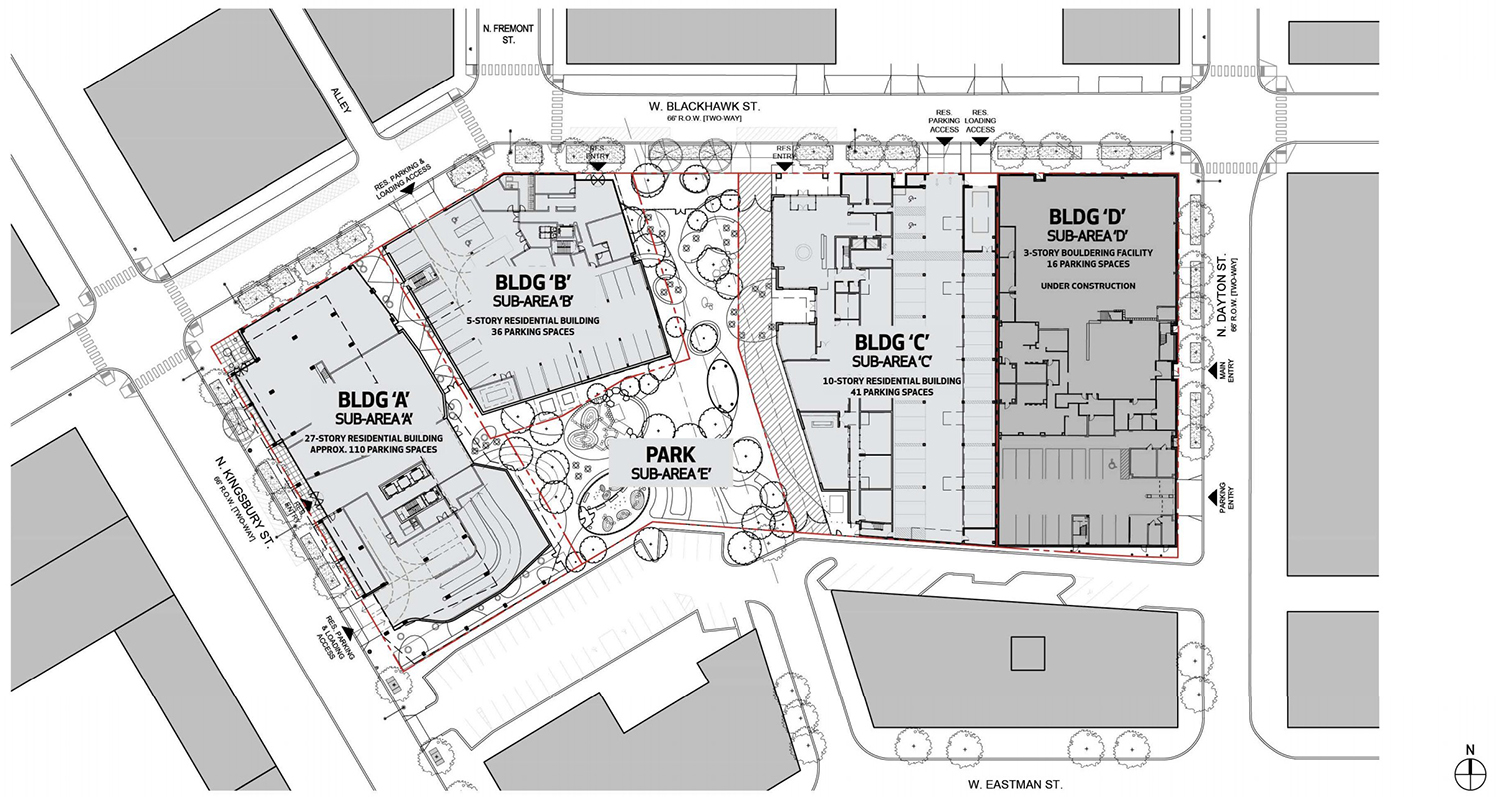 Site plan for The Shops at Big Deahl by GREC Architects 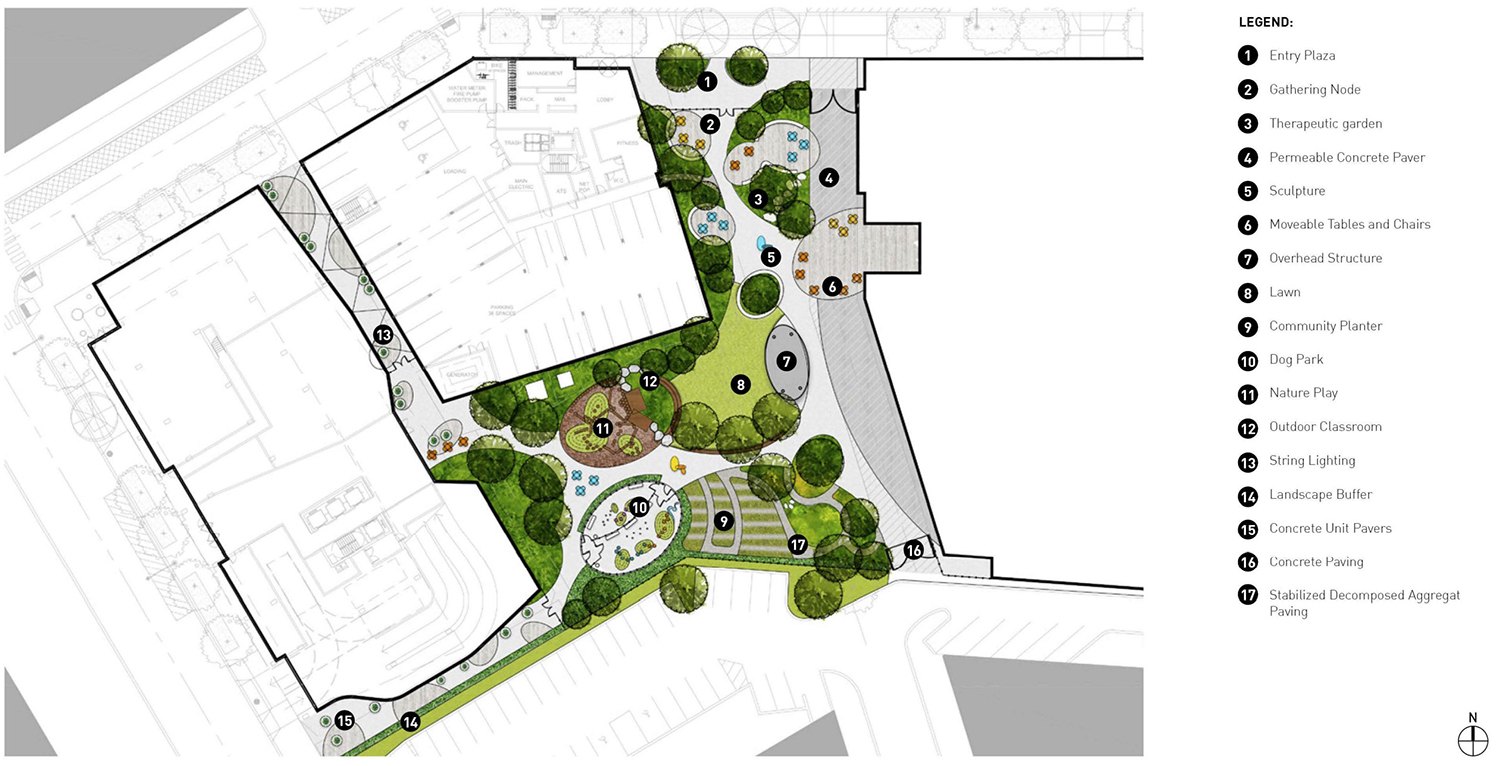 Landscaping plan for The Shops at Big Deahl by GREC Architects

Parking will comprise of 110 spaces in an integrated garage, while several other transit options are also available in close proximity. Two Divvy bike stations along with bus service for Routes 8, 9, and 72 are all within a five-minute walk, while CTA L Red Line trains are a five-minute northeast to the North/Clybourn station. 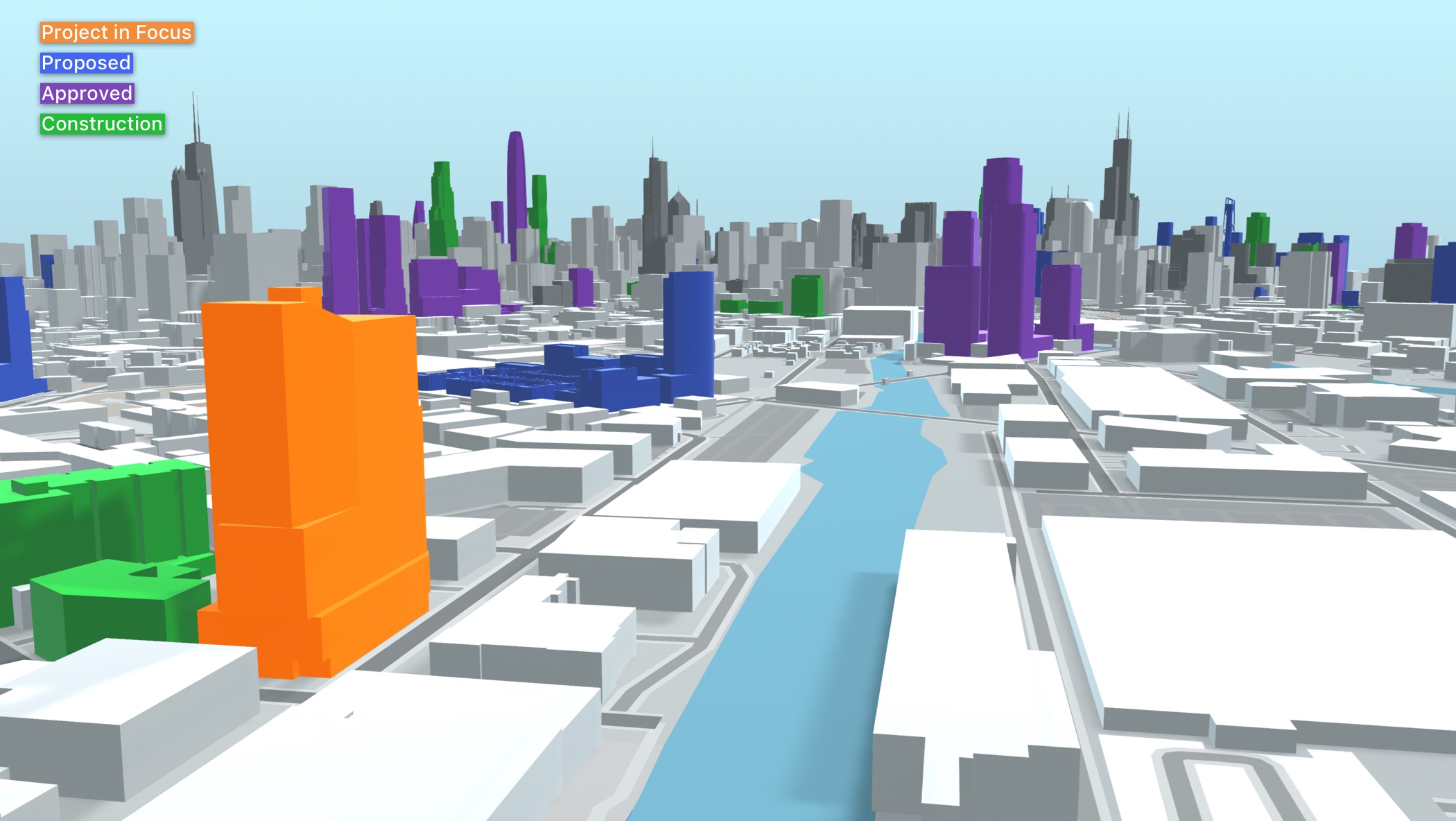 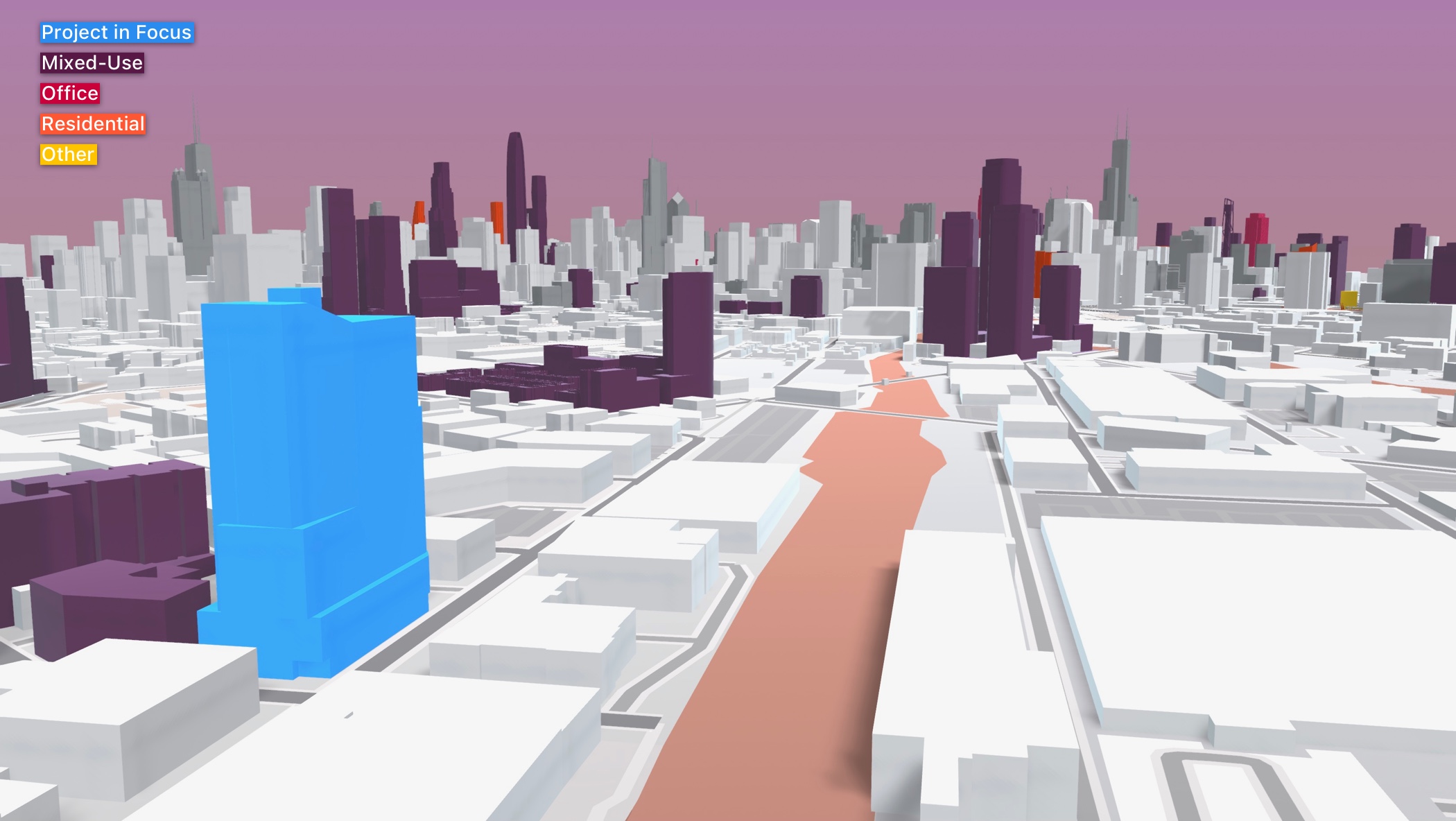 Power Construction is serving as the general contractor for this $800,000 phase. A full timeline for the tower’s completion has not yet been unveiled.