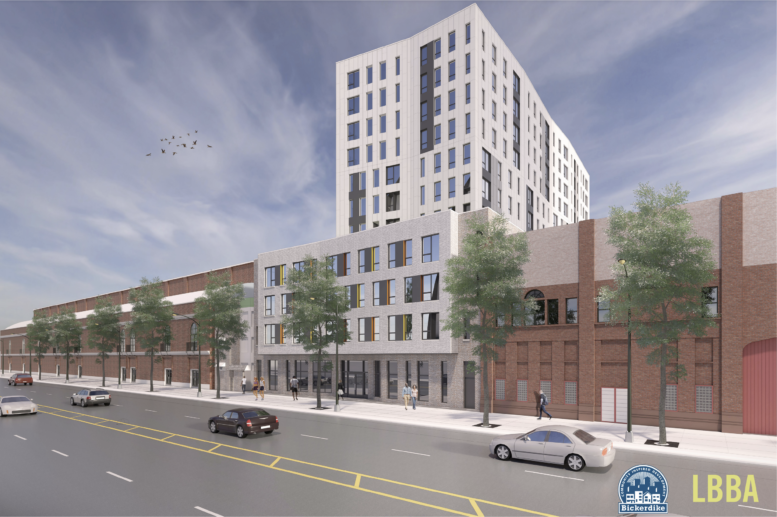 Initial plans have been revealed for an affordable residential development at 5853 N Broadway in Edgewater. Located just south of the intersection with W Thorndale Avenue, the project would replace an existing one-story masonry building and its parking lot adjacent to the Broadway Armory community center. The current structure is utilized by the Streets and Sanitation Department, who will vacate the property. Local developer Bickerdike Redevelopment Corporation is working with Landon Bone Baker Architects on the design of the new mid-rise. 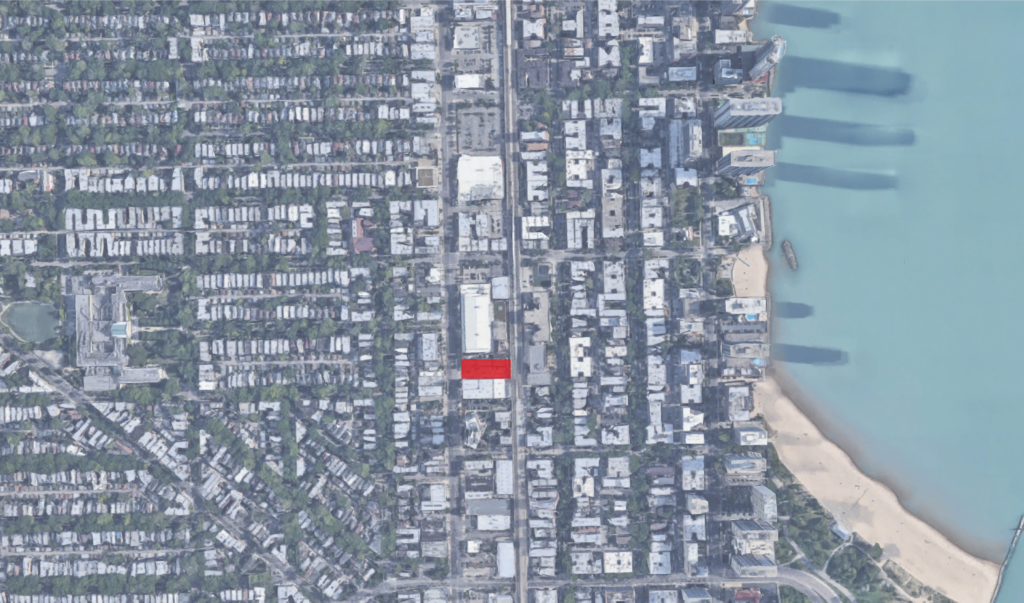 The project’s aim is to address the loss of affordable housing in the neighborhood over the last few years as the area continues to grow and with it rent prices. In Edgewater itself roughly 62 percent of households are occupied by renters with prices for a one-bedroom unit rising roughly 40 percent since 2016. The neighborhood’s population is also continuously becoming younger as areas further south become too expensive, however with less homes built and the average Chicago rent rising roughly 15 percent in 2021, affordability is quickly becoming an issue. 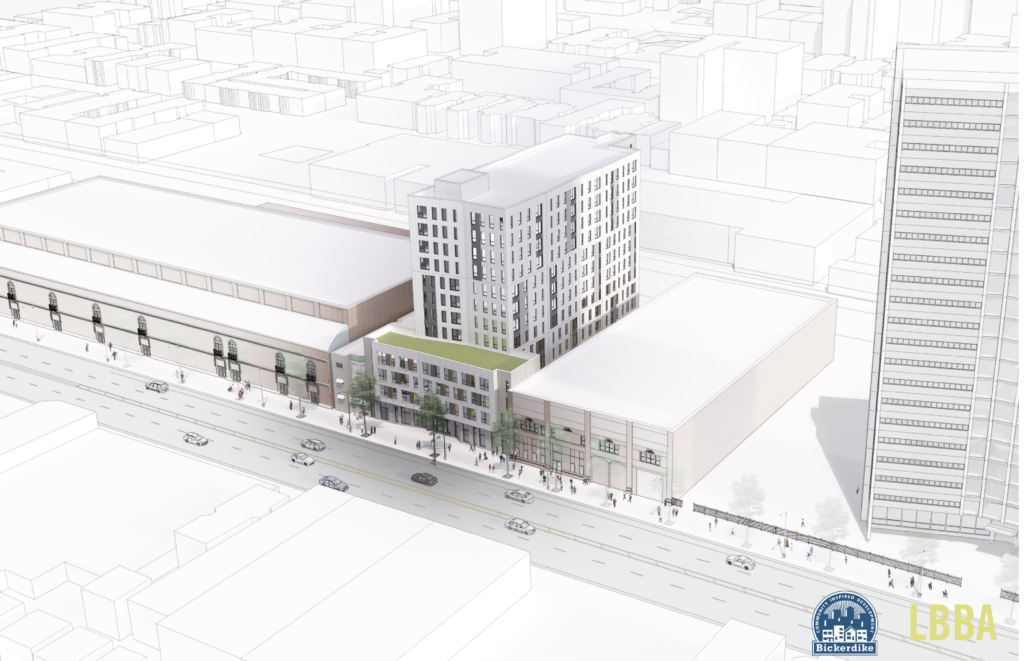 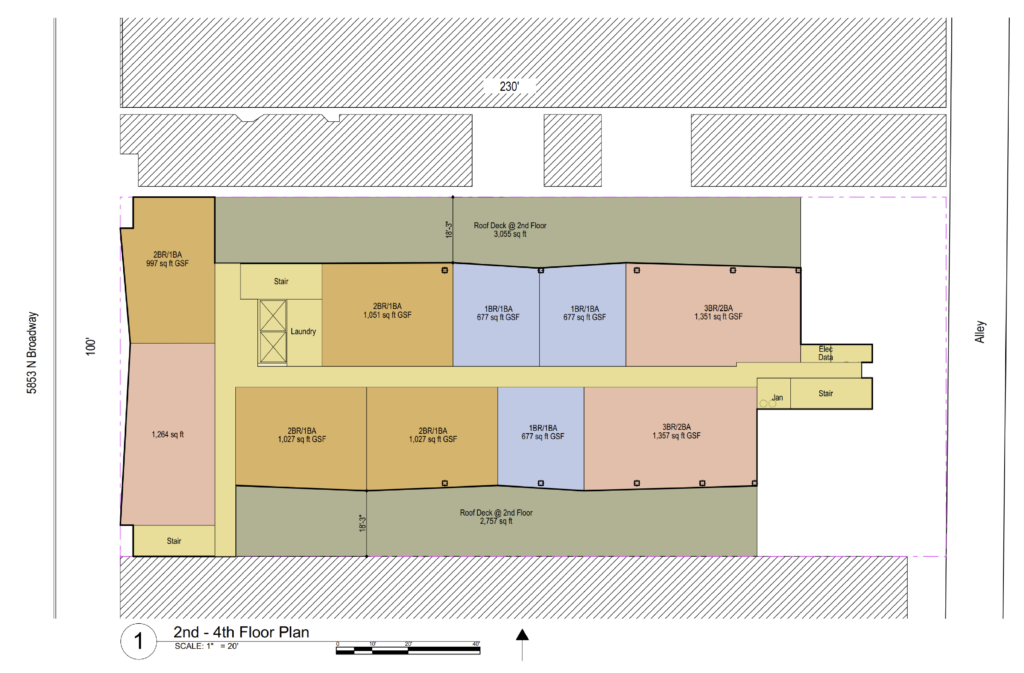 The new structure will rise 12 stories tall with a mechanical penthouse above, occupying the full 100-foot-wide by 230-foot-deep lot. The completed development will deliver 94 residential units made up of 33 one-bedroom averaging 677 square feet in size, 36 two-bedroom ranging from 977 to 1,051 square feet, and 25 three-bedroom apartments averaging 1,355 square feet. All of the units will be considered affordable as they will be restricted to residents making at or below 60 percent of the Area Median Income (AMI) which was around $55,768 in 2019. 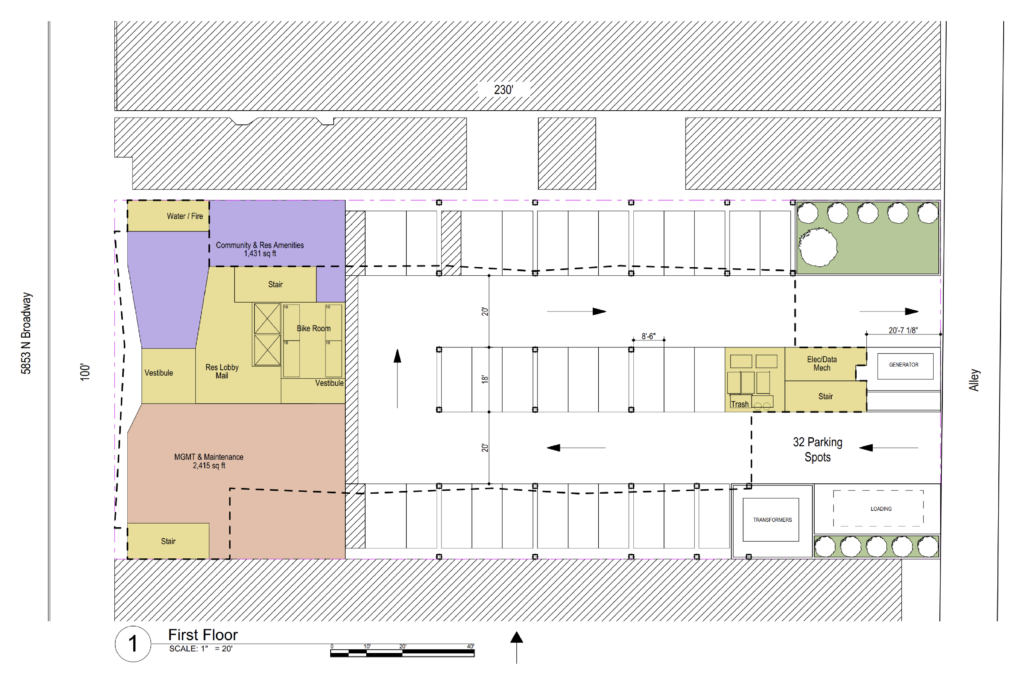 The ground level inset entrance will lead to 1,431 square feet of residential amenity space, a 64-space bicycle storage room, a large management space, and a 32-vehicle covered parking garage accessed from the rear alley with small landscaped areas for tenant use. Above them residents will have access to two nearly 3,000-square-foot roof decks flanking the tower with a third 2,824-square-foot deck on the fourth floor facing N Broadway. The units above will feature operable windows with views in all directions, as well as a shared laundry space on each floor to help balance costs. 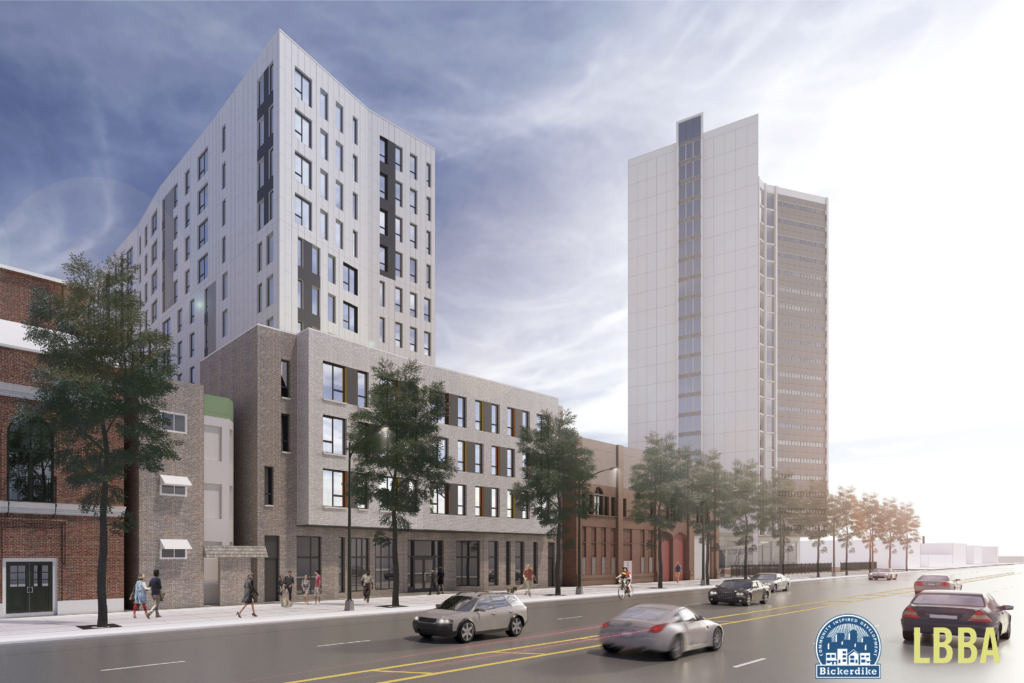 Future residents will have plenty of access to public transportation including the CTA Red Line at Thorndale station via a three-minute walk and bus service for CTA Route 36 via a two-minute walk. At the moment the project does not have a finalized budget, however similar projects have cost around $40 million in the last few years. The initial plans were presented recently at a community outreach night for the Broadway Visioning plan and no anticipated groundbreaking has been announced, however construction could take 18 to 24 months to complete once work begins.