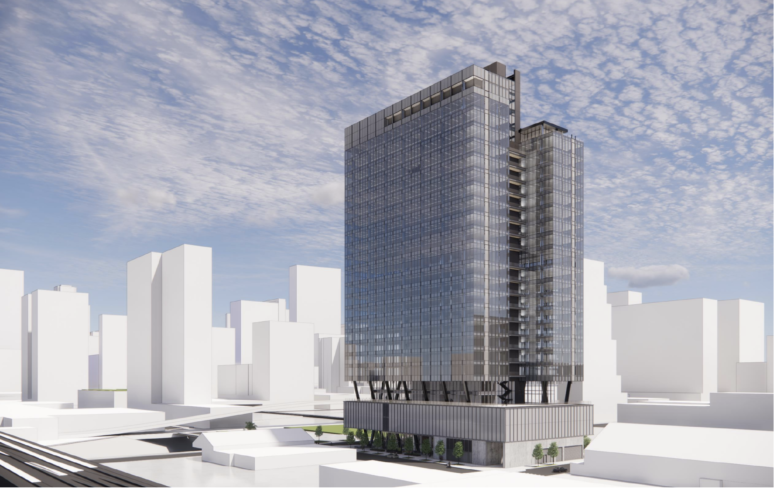 Rendering of 360 N Green by Gensler

The Chicago Plan Commission has approved the mixed-use development at 360 N Green Street in Fulton Market. Replacing a vacant lot just east of the recently announced Guinness Brewhouse, the Sterling Bay-led project is being designed by Gensler and has gone through a series of revisions, most recently this past February. The approval is the second tower moving forward this month in the area with the residential-heavy 1353 W Fulton Street also getting the green light. 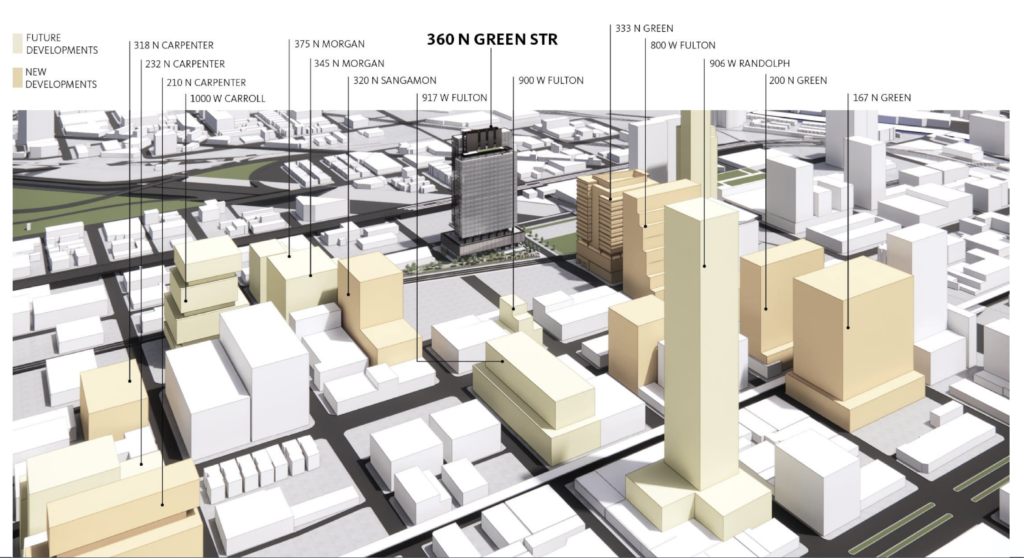 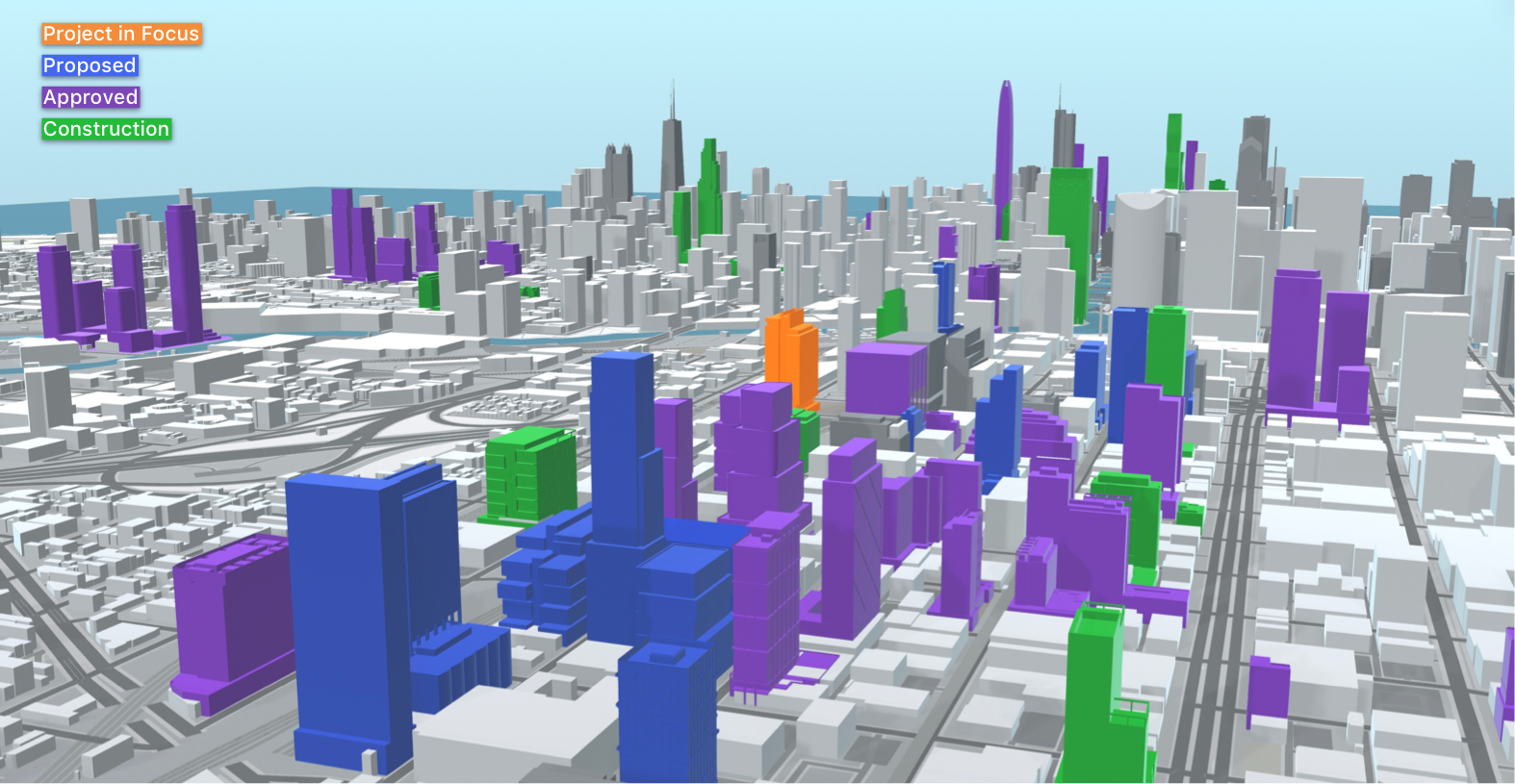 The 399-foot-tall tower will have 24 floors with active use which are topped by two large mechanical floors that make up the architectural crown. This is a reduction from its 425-foot height announced in a 2021 iteration. Also further detailed now is the ground-level pocket park that will stretch past the building along the Metra tracks south of the site through to the area occupied by the aforementioned brewhouse. 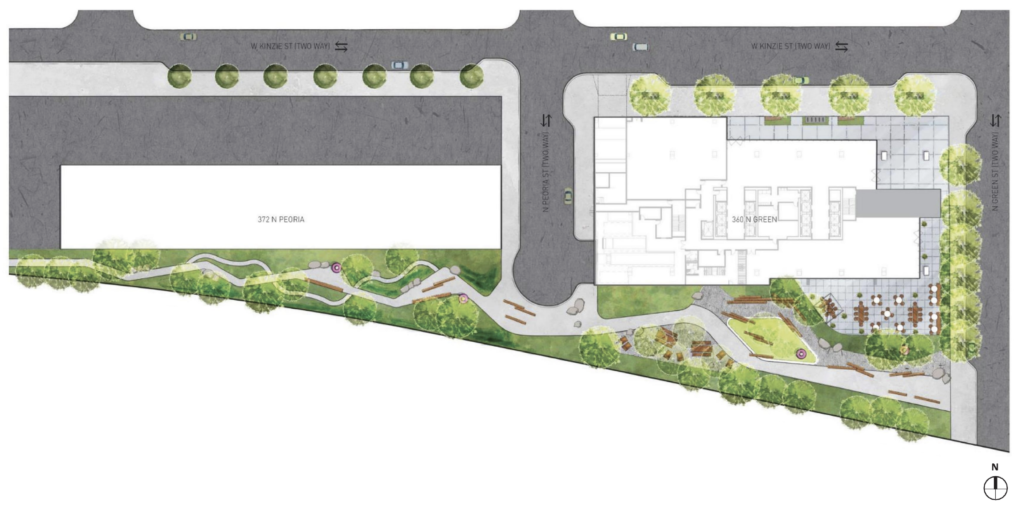 The wedge-shaped park will be anchored by a large plaza open to the two retail spaces in the tower’s base along with a long winding path that will connect various recreation areas. Gathering areas with tables and benches, open lawns, rock work, seating, and dense foliage will create a new green getaway for many of the local workers and residents to use, creating a synergy with the brewhouse and its eventual high-rise development further west. 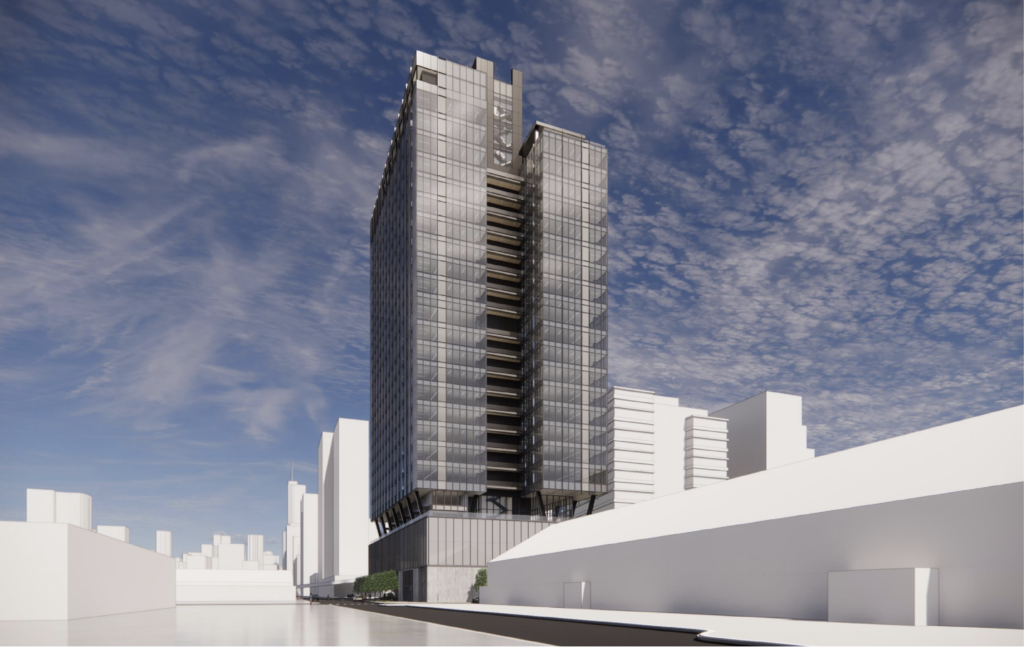 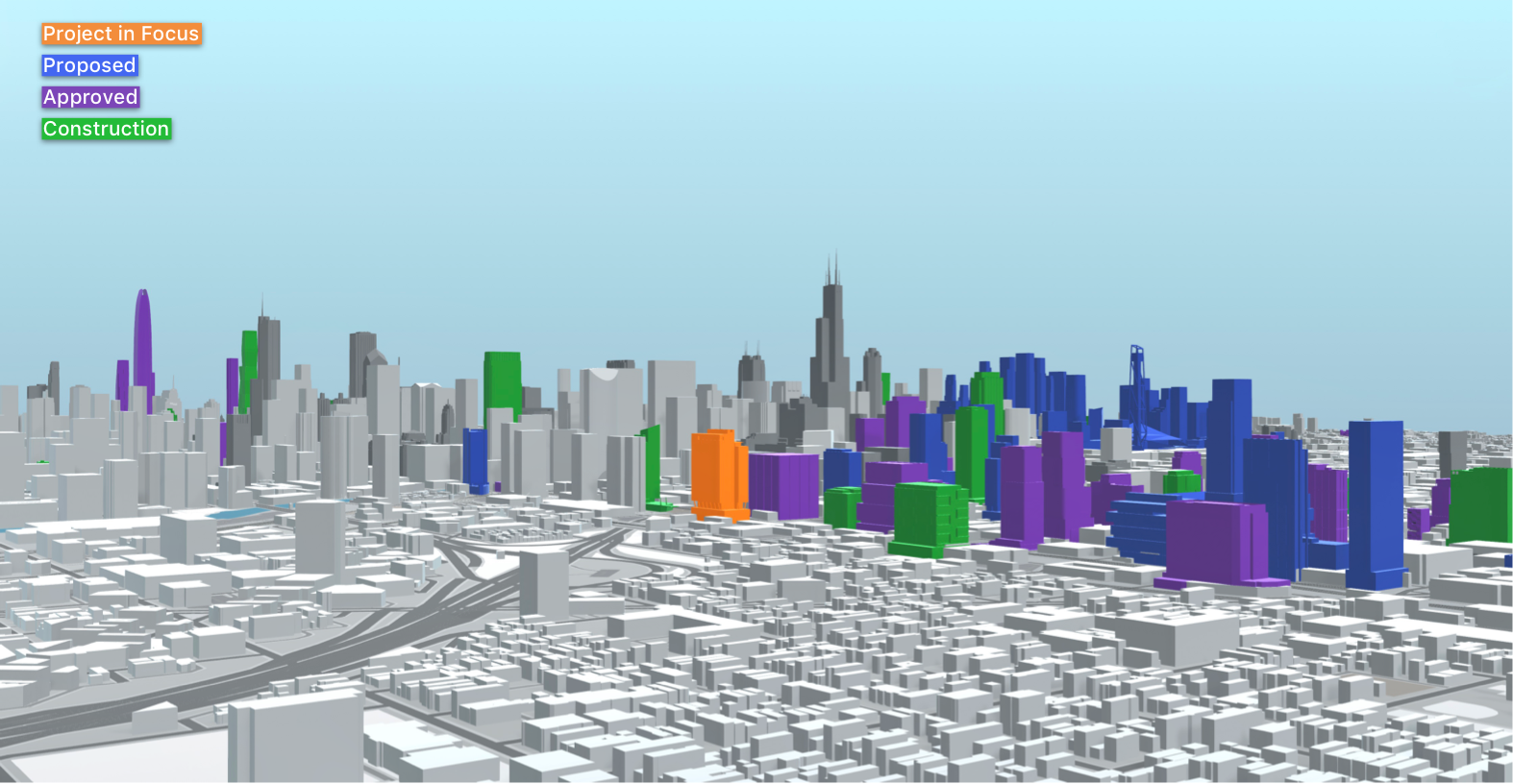 Along with retail, the ground-floor will have a large lobby with entrances on both N Green Street and W Kinzie Street, as well as the entrance to the 90-vehicle parking garage located in the floors above. The parking levels will be the widest floor plates clad in an aluminum frame, back-painted glass system, on top of which will be a large amenity floor with plenty of outdoor deck space pierced by angular columns holding the office tower above. 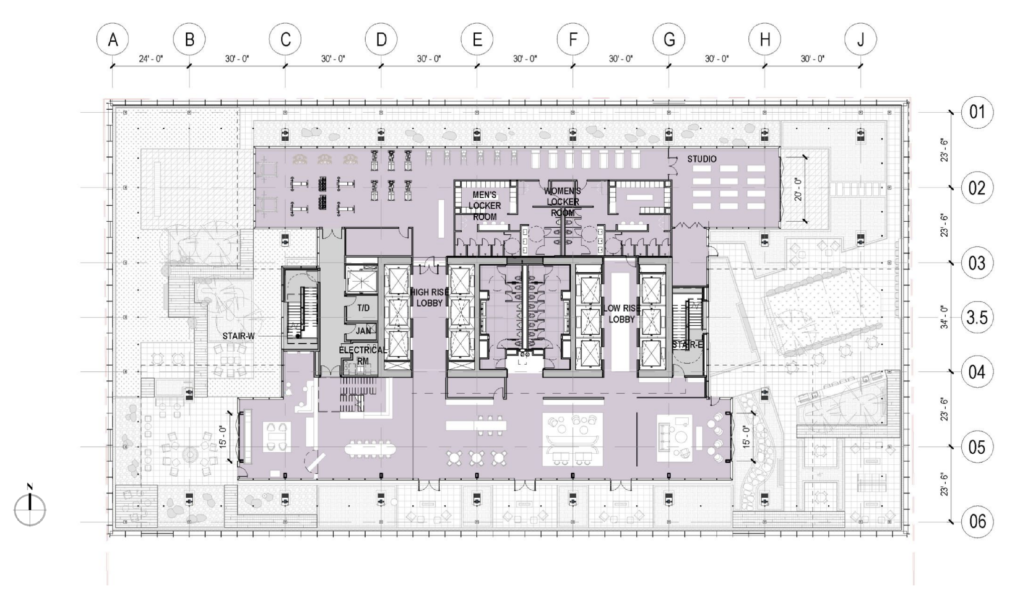 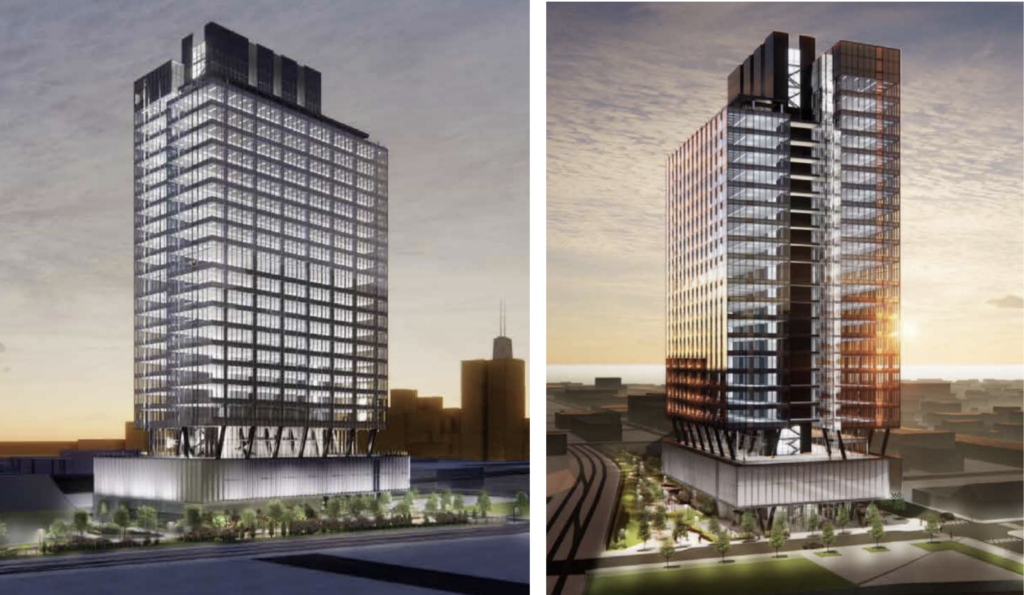 The office component of the tower will offer nearly 500,000 square feet of leasable space, similar to when it was originally announced as a shorter, much wider design. The now smaller floor plates allow future tenants to better separate their space and rent full-floors while also adjusting to the rise of hybrid work schedules. However the staggered rectangular spaces separated by the elevator core and balconies also allows for the leasing of half floors easily by smaller companies as well. 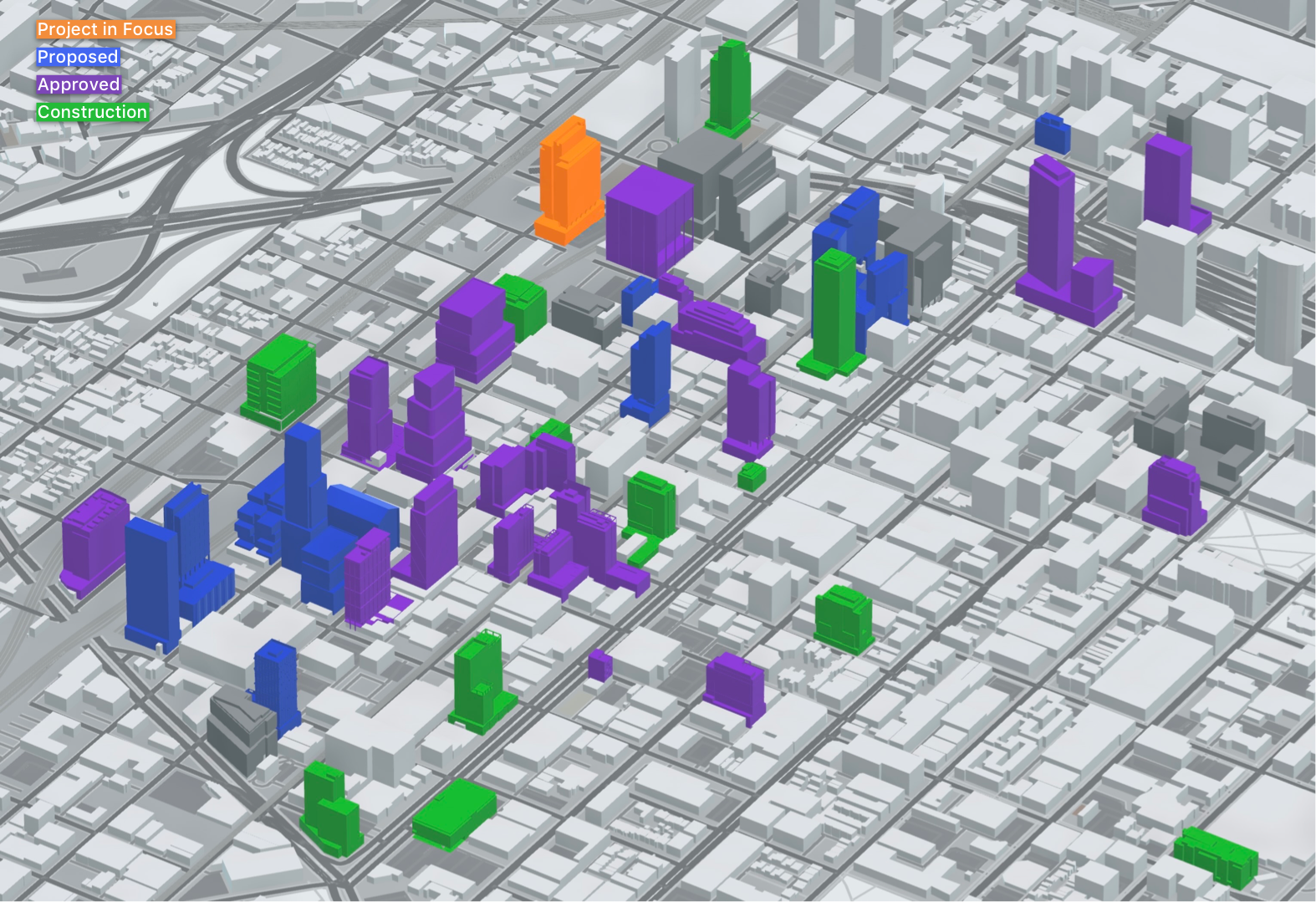 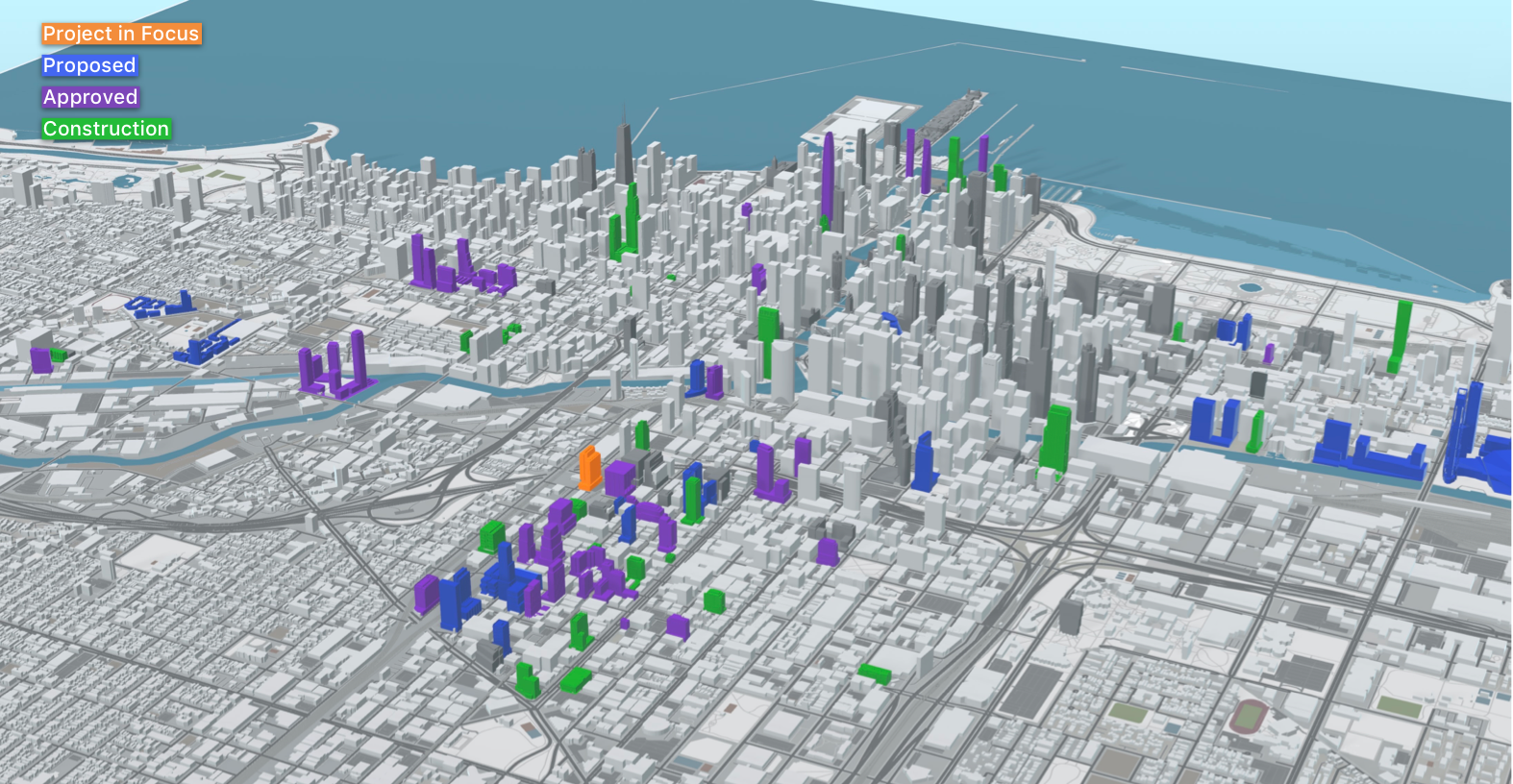 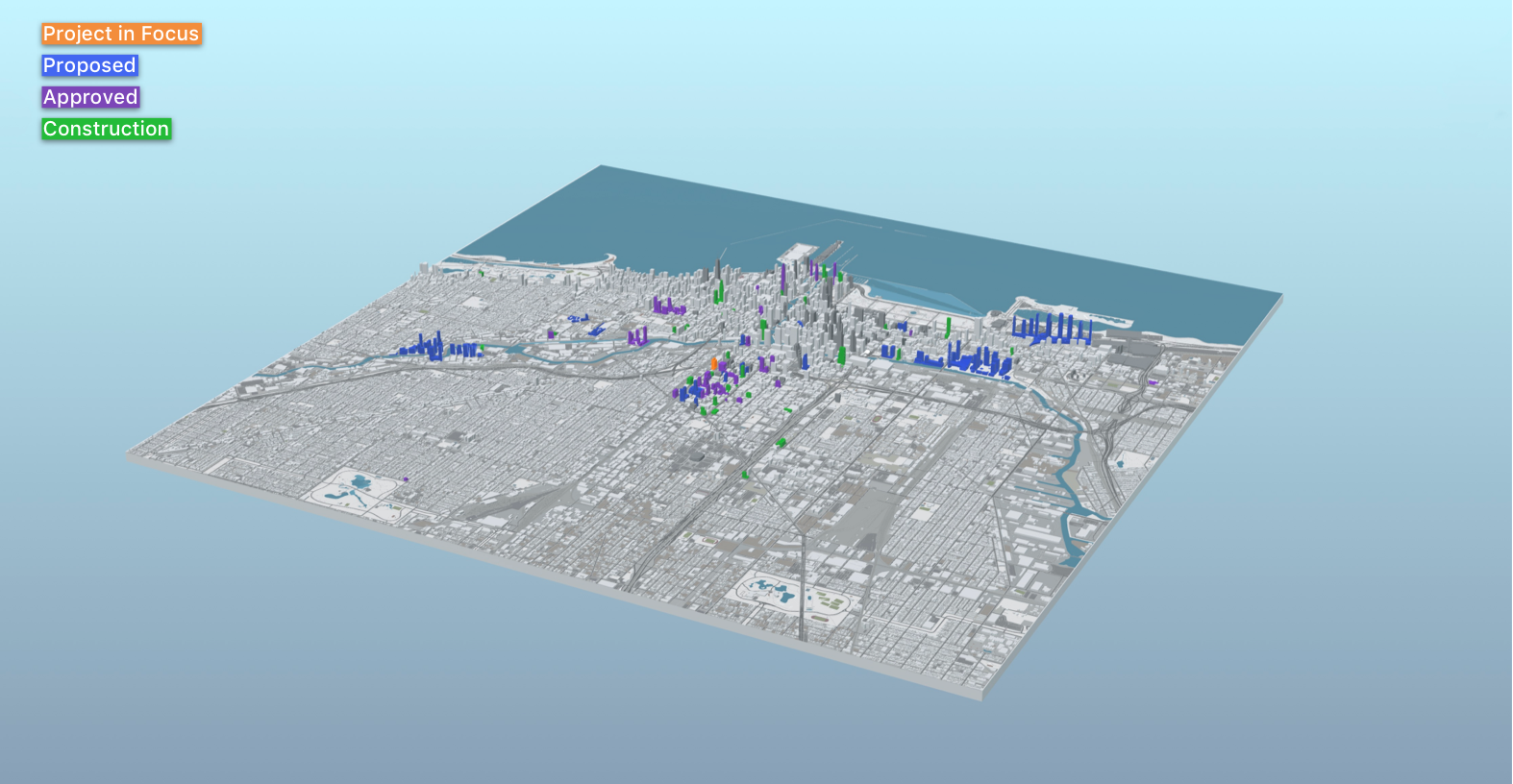 With the approval, Sterling Bay can now proceed with filing for construction permits when they see fit, with a previously announced groundbreaking date of summer 2022. The $288 million project will join their nearby 333 Green Street as the red-hot neighborhood continues to defy the current market trends. With a $4.4 million payment to the Neighborhood Opportunity Fund and 473 construction jobs estimated, the development will create roughly 2,500 permanent jobs in the area upon completion.