The land is named after Chicago’s first non-native permanent settler, a tradesman known as Jean-Baptiste Pointe DuSable who is believed to be from Haiti, and set up his home near the modern day Tribune Tower. After many years of infill, the new land was dedicated as parkland by Mayor Harold Washington in 1988 and went through multiple attempts to fulfill a build-out. Most recently the Chicago Spire included it in its master-planned development if allowed to use the land for construction staging before being canceled during the 2008 recession. 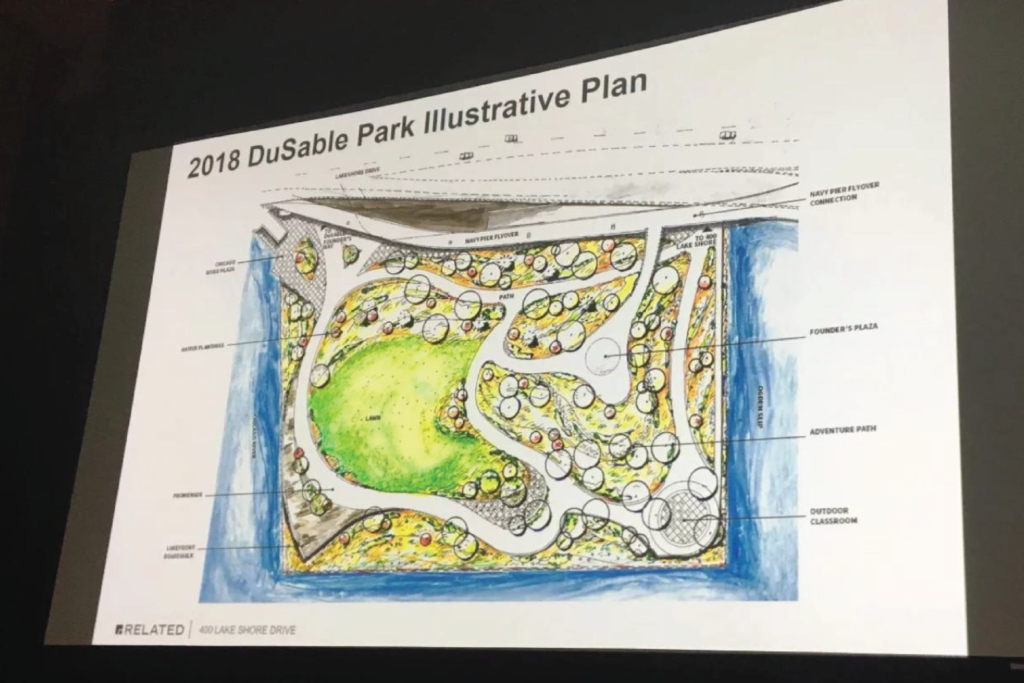 The new push for its completion comes after local developer Related Midwest purchased the adjacent Spire site for its two-tower residential proposal at 400 Lake Shore Drive. The design team will edit and build up on the existing 2006 framework plan which envisioned a founders plaza, observatory, promenade, boardwalk, an outdoor classroom, boat drop-off, educational and art components. The two firms will be working with the DuSable Park Design Alliance (DPDA) with a team that includes art curators and multiple other designers. 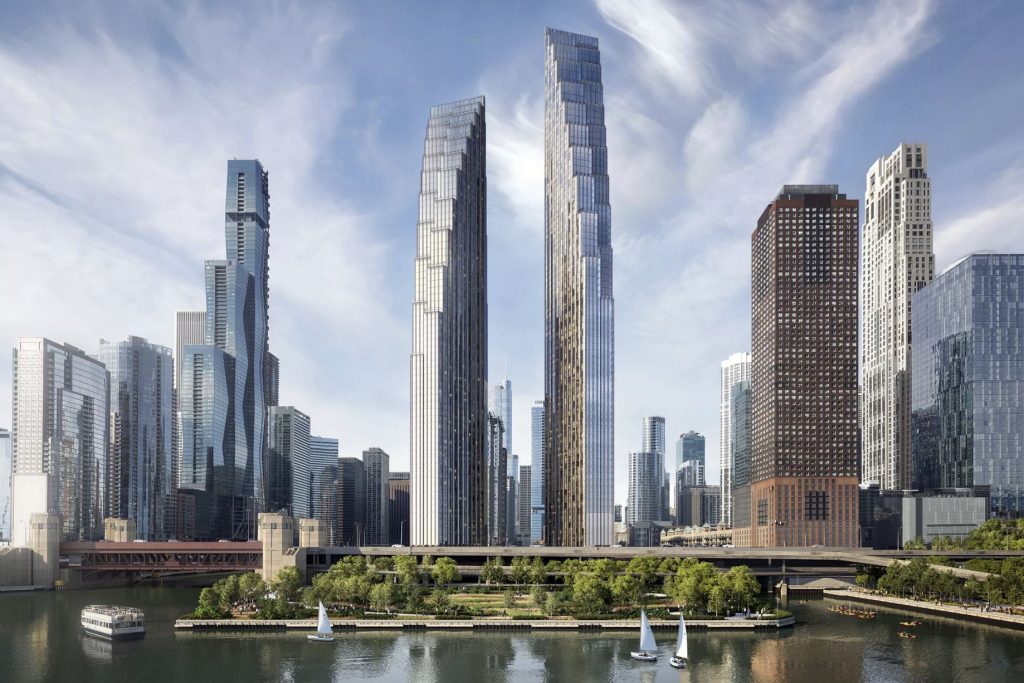 The original plan for the park had a price tag of roughly $40 million, as the plan progresses the price will change with the site having all new factors including the recently completed flyover. Funding for it will partially come from a $10 million pledge from Related Midwest and $5 million from Open Space Impact Fees, the first phases of the design is set to kick off this summer and last through 2024, with the park to first open in the summer of 2025.

8 Comments on "Designers Selected For DuSable Park In Streeterville"