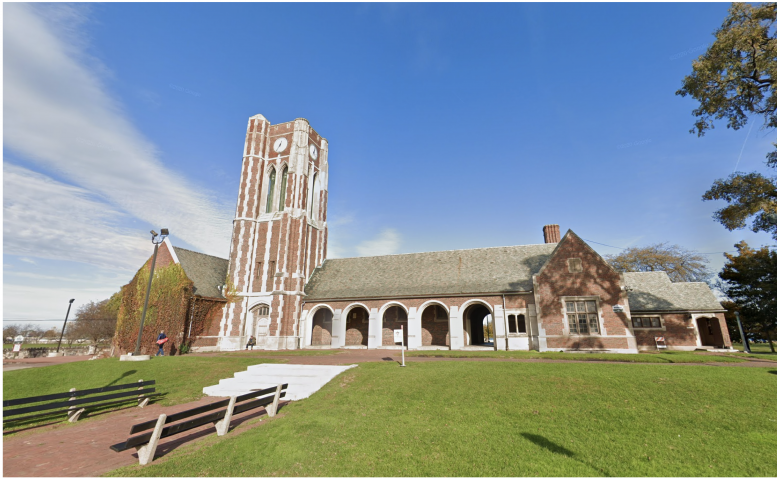 The Chicago Plan Committee has approved a new golf practice area at 3701 N Recreation Drive in Lake View. Located inside of Waveland Park behind the 1931 English Gothic style field house and carillon tower, the new outdoor facility is the second phase of a larger project which included renovations to the clubhouse. The course sits on land that belongs to the Chicago Park District‘s Sydney R. Marovitz Golf Course, who are co-developers of the facility with the local chapter of the non-profit organization First Tee. 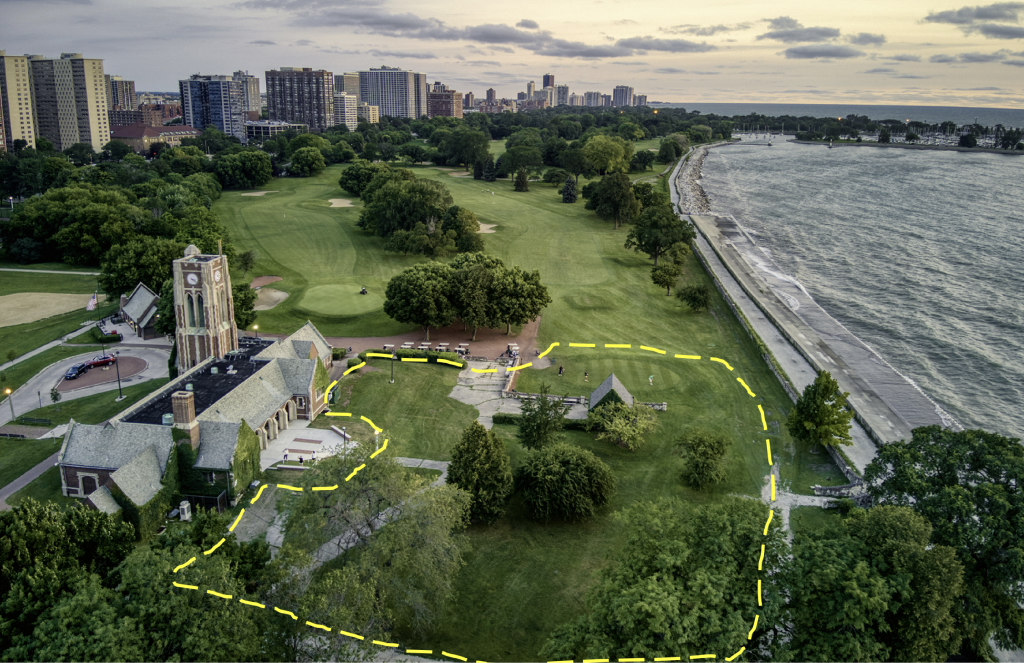 First Tee itself is an initiative of the World Golf Foundation which focuses on youth development via the help of locals and major organizations such as the Masters Tournament, PGA Tour, and the United States Golf Association. With nearly 200 chapters nationally, First Tee Greater Chicago looks to strengthen life skills and teach golf basics to children as far north as the Wisconsin border, and as south as Interstate 80 by running programs across various city and suburban parks. 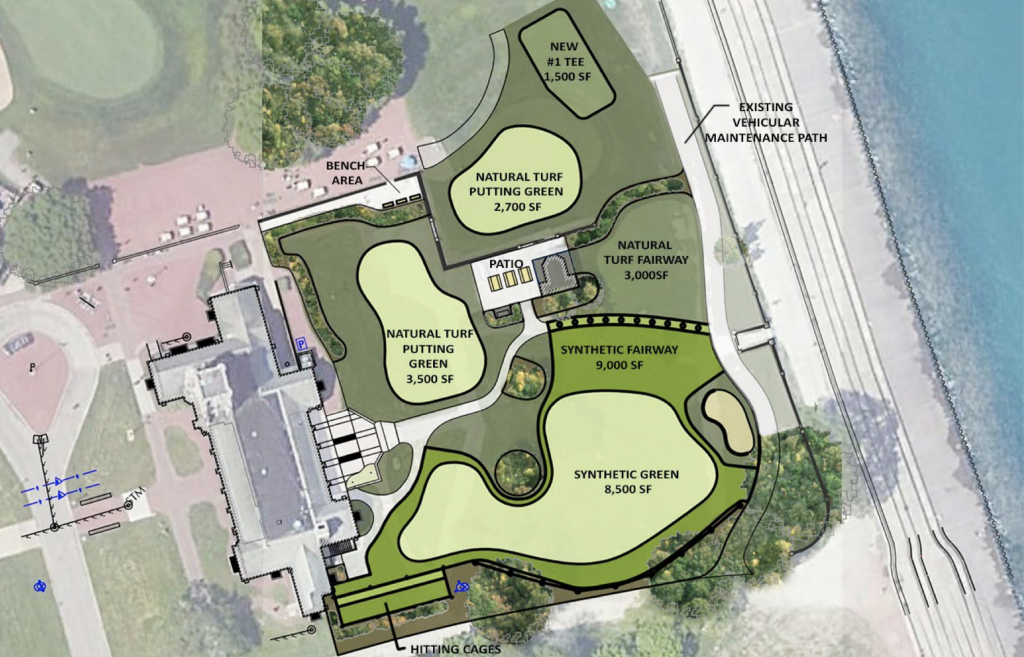 The new facility would allow for the expanding of their current offerings at Waveland Park beyond the existing year-round after-school programs, workshops, and mentorship playdates. This will let them add full day, affordable, summer camps six days a week with transportation provided for up to 500 kids per year. The fully ADA accessible area preserves two existing memorial trees and joins the recently completed first phase of the project, consisting of the renovation of a 1,250-square-foot portion of the historic field house to an indoor play space designed by Lamar Johnson Collective. 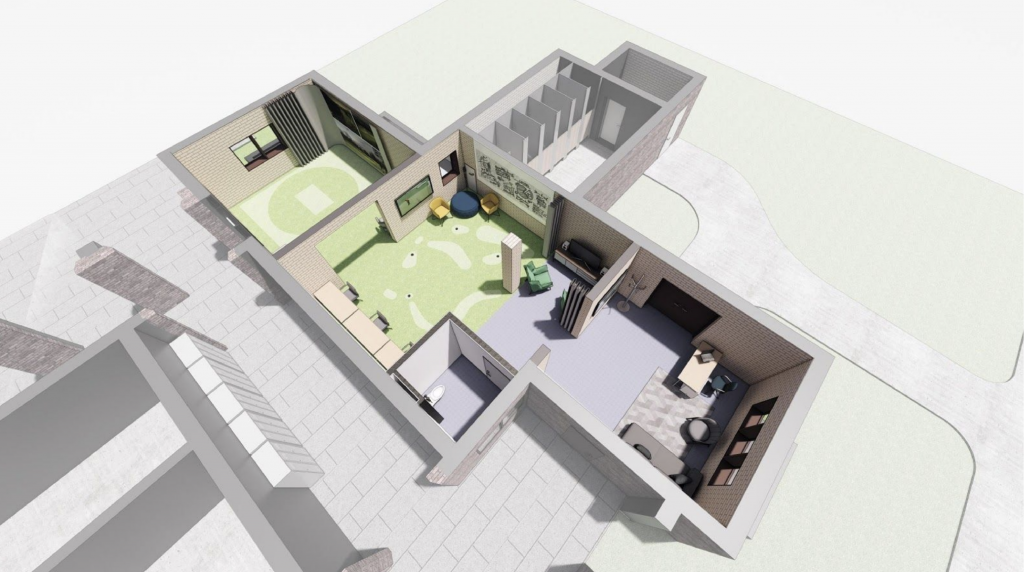 The outdoor work would replace roughly 52,000 square feet of space currently occupied by a small existing building, which will remain with a new patio area, and a large green which holds the existing first hole tee of the adjacent course. Designed by PGA Tour player and ambassador Luke Donald, a new 8,500-square-foot synthetic green surrounded by a synthetic fairway anchors the teaching grounds with a variety of learning stations including chipping. Nearby will be seven hitting cages, two new natural turf putting greens shared with the public, a natural fairway, a learning bunker, and a new tee for hole #1.

Slated to open spring 2022, the proposal has gathered mainly positive feedback from locals who are excited to see First Tee grow in their community. The work will round out a $1.5 million investment in the park for what Chicago Park District calls, “The expansion of affordable golf opportunities for Chicago youth and further our efforts to make golf accessible for any child who wants to learn and excel at the sport.”