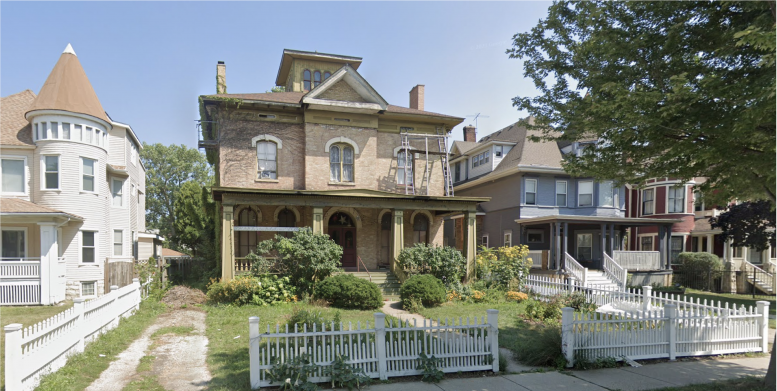 The Commission on Chicago Landmarks has decided to move forward with pursuing landmark status for the Seth Warner house located at 631 N Central Avenue in Austin. The house, just north of the corner with W Ohio Street, was recently nominated by Preservation Chicago along with a handful of other sites last month and is moving ahead with pursuing the status. The commission hopes that its proximity to the Invest South/West projects in Austin will help gather momentum in the restoration and preservation of the home. 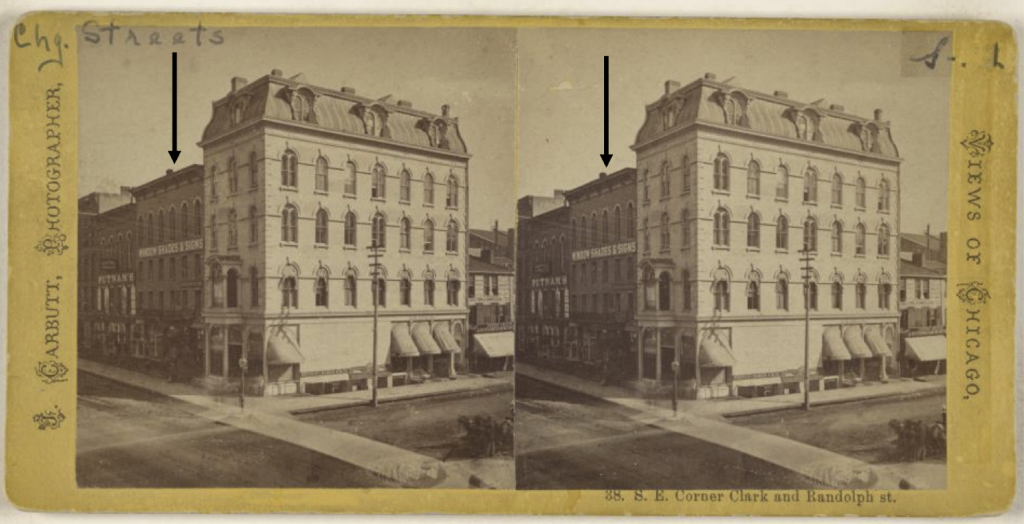 Built by one of the city’s earliest settlers Seth P. Warner, the New England native moved to Chicago in 1837, where he flourished as a local businessman owning a blacksmith shop downtown supplying parts for McCormick Reaper Works. A music-loving man, he served as a director for the city’s first organized singing choir, building a gathering hall for performances that would later become a community center. An active supporter of abolition organizations, he and his hall hosted various anti-slavery lectures including by Frederick Douglass in 1853 and eventually became a ground for protest against the extension of slavery. 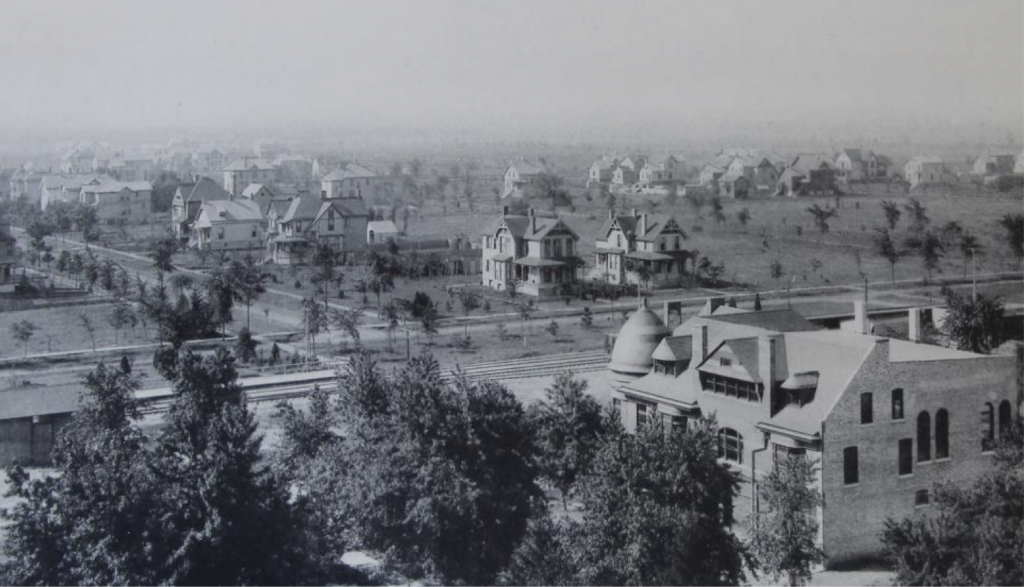 View of Austin in 1888, with wooden sidewalks, the Seth Warner House was the first home on Central Avenue, by the Commission on Chicago Landmarks

After the Civil War, Warner purchased the land in the undeveloped Cicero Township, designing the structure to be the centerpiece of his 6.8-acre farm. Completed in 1869 in the Italianate Style of architecture, the home exemplifies its Cube-and-Cupola typology by being 55 feet long on each side and 55 feet tall. Its common-bond load-bearing brick walls sit on top of a coursed stone foundation measuring 16 inches thick on the first floor and 12 inches on the second with a cream brick outer layer. Each of the floors holds four rooms finished in horsehair plaster, fireplaces with marble mantelpieces, and black walnut doors and trims. 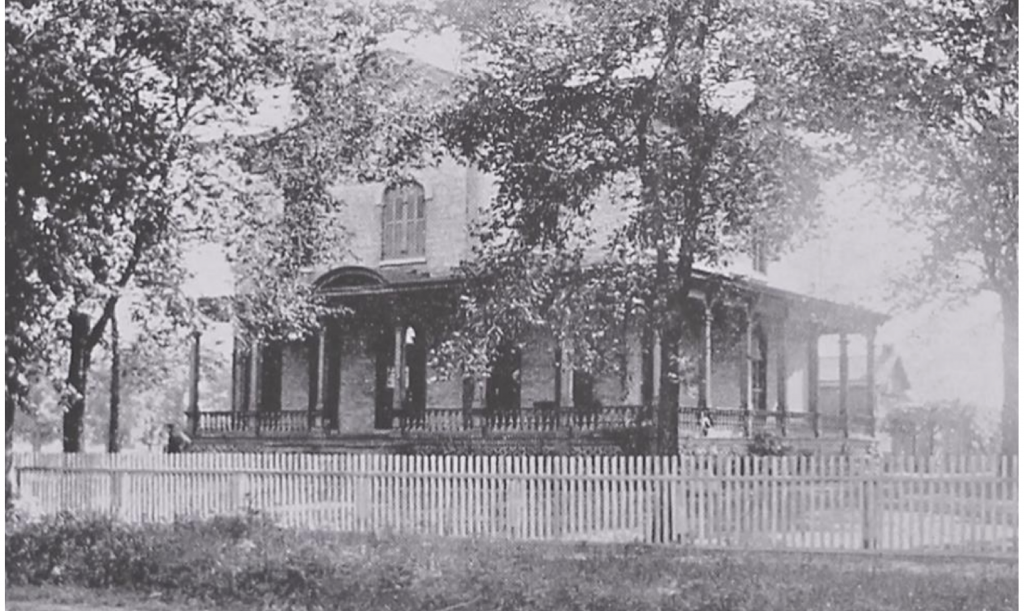 The Seth Warner House in 1900 with a wrap-around porch to be later removed, by the Commission on Chicago Landmarks

The house is one of the oldest structures in Chicago and the oldest in the Austin neighborhood, but was sold by Warner in 1892 when it became a hotel for World’s Fair visitors as it sat near an elevated rail station. After a few other owners, in 1924 it became the Austin Conservatory of Music and eventually the Austin Academy of Fine Arts in 1934 serving over 31,000 students before its closure.

The structure meets at least three of the required criteria to be designated a landmark, including being an example of city, state, or national heritage, being a pre-fire home over 150 years old it would join only 12 other such sites. It also meets the criteria of identifying with a significant person and exemplary architecture with excellent craftsmanship. The nomination will now move forward for a full consideration along with an eventual vote by the City Council, even though it has been in the National Register of Historic Places since 1982.