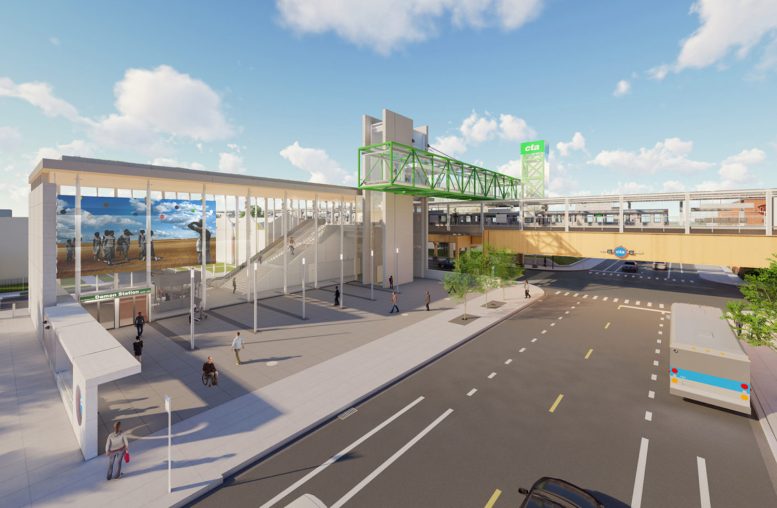 The City of Chicago has awarded the construction contract for the new CTA Green Line Damen station at 2001 W Lake Street in the Near West Side. The stop has been long discussed for the growing west side area, and to serve major events at the nearby United Center which will allow for less vehicle bottlenecks on the surrounding city streets. The contract has been awarded to local construction company F.H. Paschen who has extensive experience with projects across Chicago airports, parks, schools, and transportation. 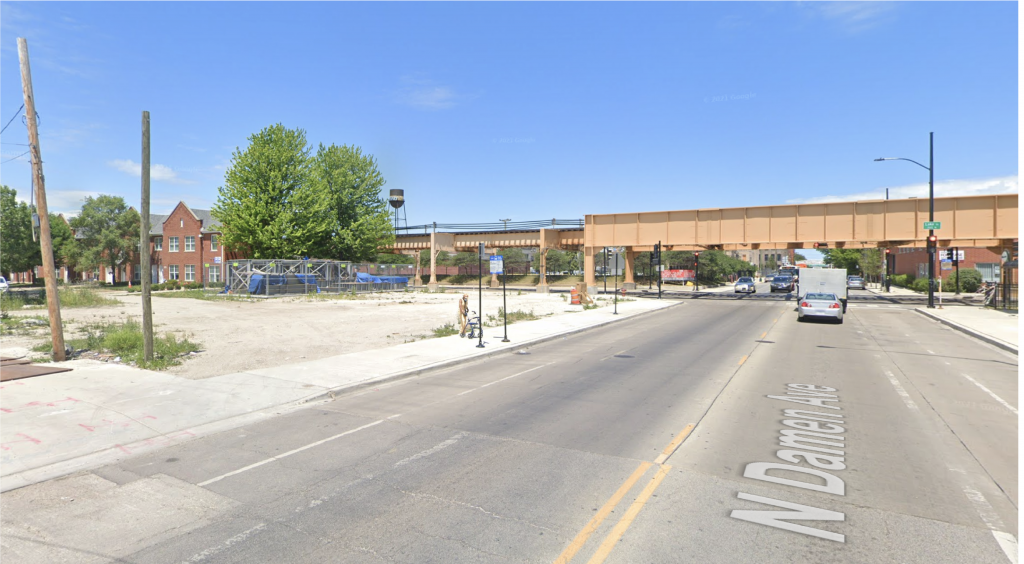 Bidding for the $67.3 million contract began in March and was originally scheduled to finish by late spring with a groundbreaking for the station taking place over summer as YIMBY previously reported. However the time came and went and the project was pushed back, which was not the first time it happened, the station was originally announced in 2017 with an estimated 2020 opening that was not met either.

The contract is part of a greater budget of $80.2 million for the new station, an increase from the original $72.9 million price tag announced back in 2017. The original cost amount is still being covered by its state funding and Kinzie Industrial Corridor Tax Increment Financing (TIF), however the city will need to finance the rest through other means. The project is also a part of greater CTA work for the area which also includes a nearly $13 million half-mile reconstruction of track between Ashland Avenue and the station’s namesake N Damen Avenue. 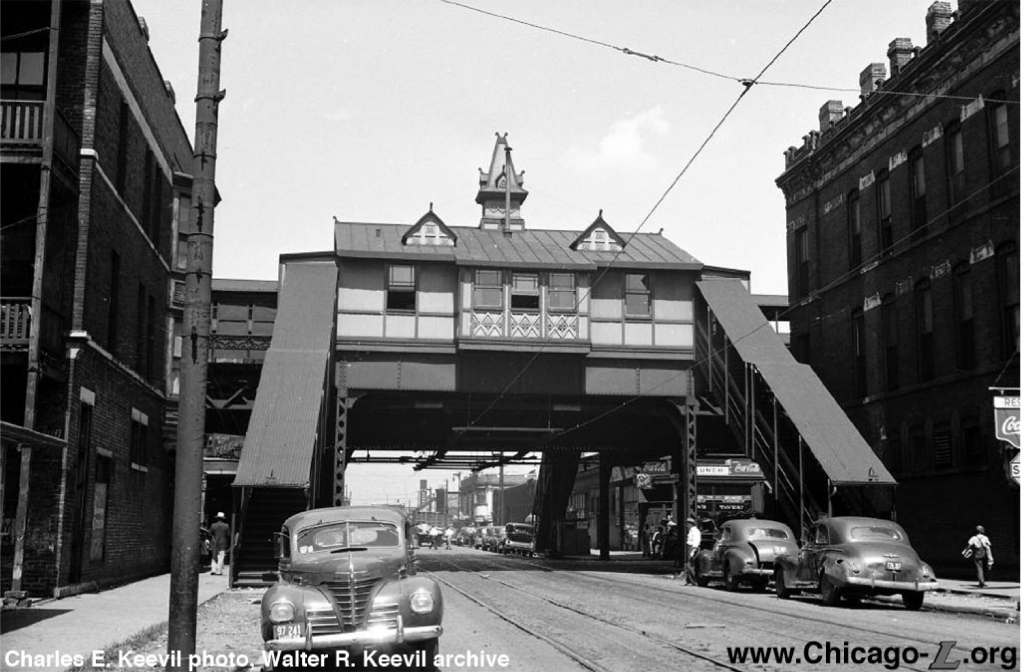 View of original Damen stop in 1946 via Chicago-L.org

The modern day Green Line was formed from the two oldest transit lines in Chicago which began operations in 1892 in preparation for the 1893 World’s Fair. The Ashland branch of the line on which the Damen stop sits has been in operation for over 125 years using some of the original tracks. The original Damen station opened in 1893 and closed in 1948 when the various lines formed the modern day CTA and sought to decrease travel times. Designed and built in a Queen Anne style with a Victorian Gothic influence by the Lloyd and Pennington Company it matched many of the surrounding stops on the line, the station was demolished in 1949 and many of the nearby buildings followed suit. 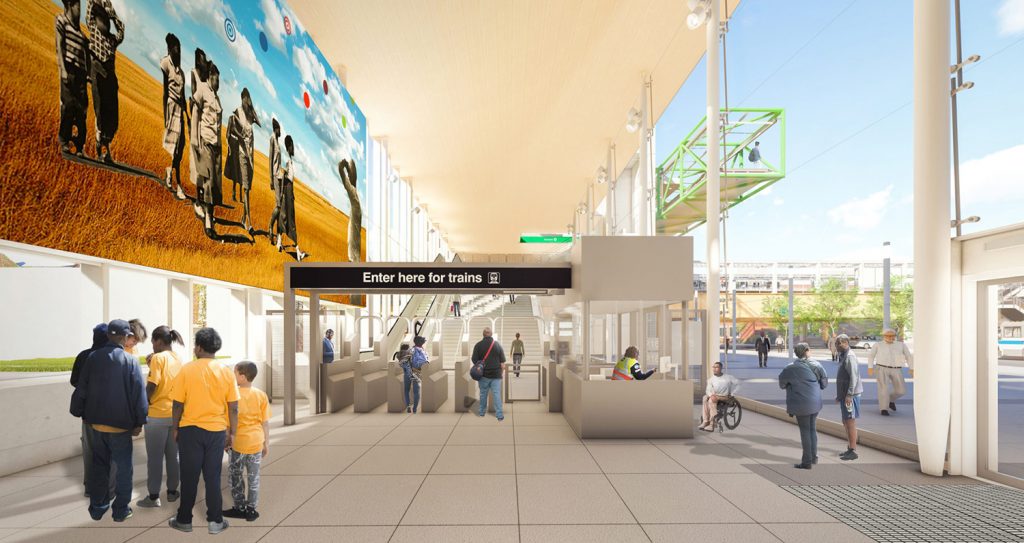 The new station will be designed by Perkins+Will and include art created by local artist Folayemi (Fo) Wilson for blkHaUS studios. Taking inspiration from its industrial roots, the station features large trusses painted in the line’s green color connecting passengers on both sides of the tracks. A large placemaking entrance will be located on the southwest corner of W Lake Street and N Damen Avenue with a multi-story height covered open space welcoming riders. Although no official groundbreaking date has been announced, if work is to begin by year end it could see a 2023 opening if its original 24-month time frame is executed.