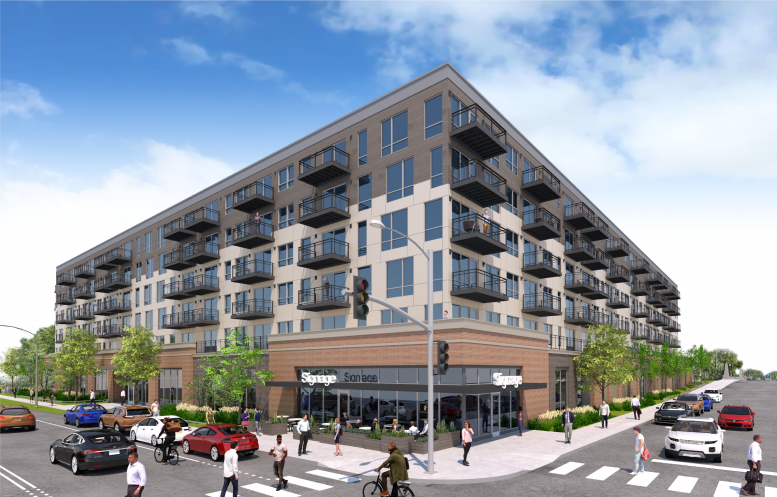 Plans have been revealed for a new mixed-use development at 3601 N California Avenue in Irving Park. Developer Lexington Homes has partnered up with architects Pappageorge Haymes to bring a total of 357 units to the former seven-acre home of DePaul College Prep along the north branch of the Chicago River. Bound by N California Avenue to the west and W Addison Street to the south, the existing campus will be demolished and replaced with an apartment building and 88 townhomes. 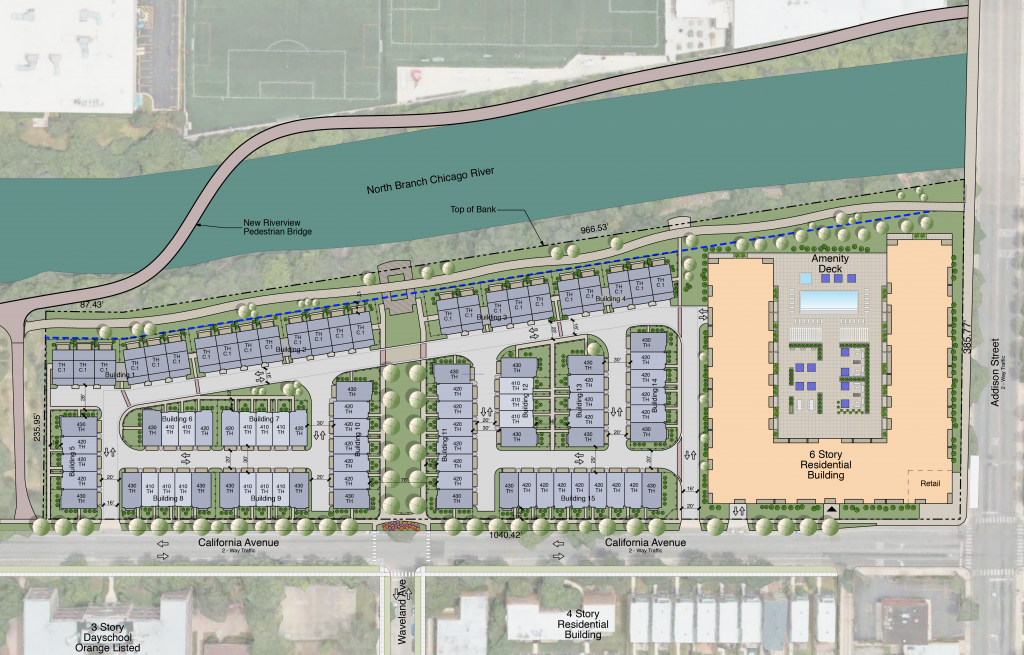 Split into two parts, the site’s south side will be taken up by a six-story, 69-foot-tall apartment building holding 269 residential units consisting of studios and one- and two-bedroom apartments as well as 2,500 square feet of retail space. The north side of the site including most of the riverfront will house the aforementioned 88 multi-story townhomes which will be offered in two- and three-bedroom layouts. In total there are currently 96 studios, 138 one-bedrooms, 49 two-bedrooms, and 74 three-bedroom homes planned for the project. 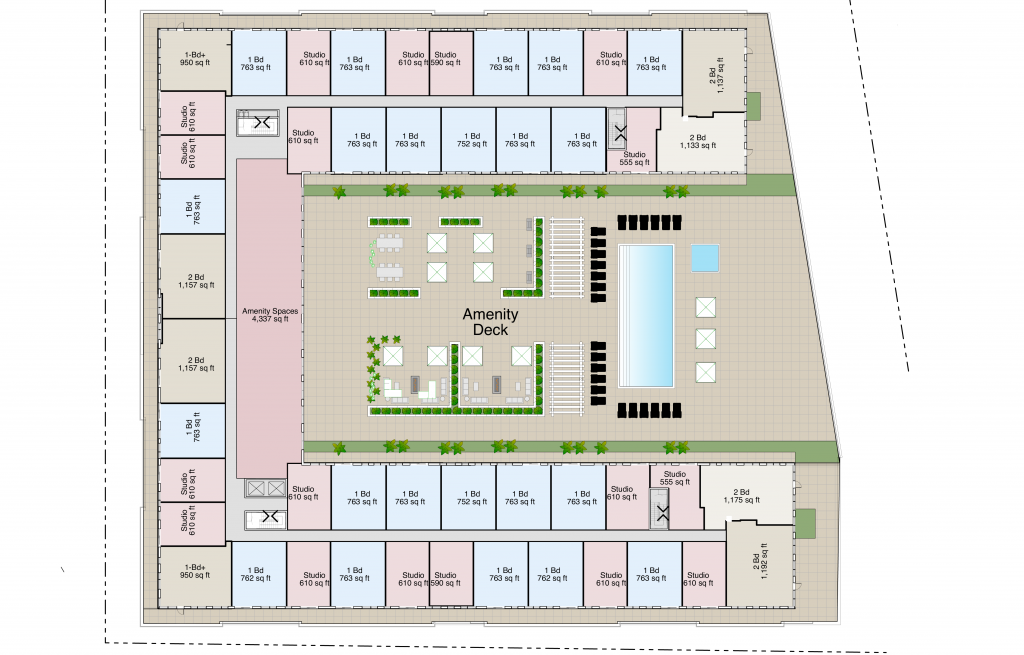 To meet the city’s current affordable housing ordinance, the development will include 36 Affordable Requirement Ordinance (ARO) units which make up 10 percent of the overall unit total. Current estimated prices for the units are between $599 to $800 thousand for the townhomes, and $1,399 to $2,900 a month for the rental units. The project will also include a central tree-line parkway cutting through the middle of the site and connecting to a new riverwalk which will lead north to California Park. 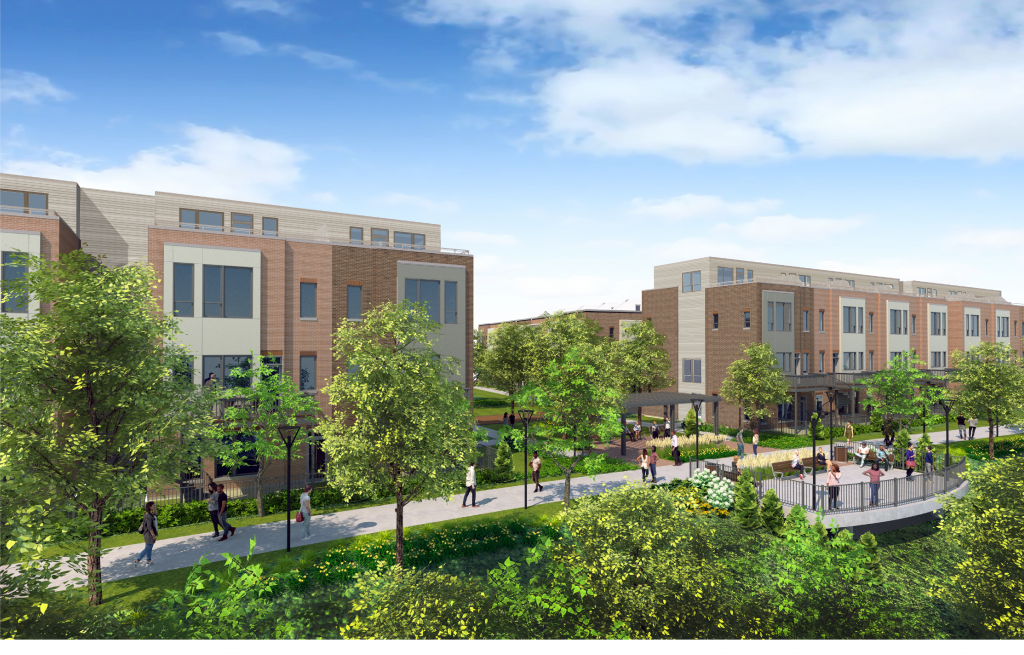 The site is within walking distance from Lane Tech, Target, grocery stores, and several interconnected city parks including Horner Park, California Park directly north of the site, and across the newly built Riverview Bridge to Clark Park, which the developer hopes will attract people easily to the large project. Residents will also have CTA bus access to Route 152 on site, Route 80 via a five-minute walk, and the CTA Blue Line at Belmont stop via a 24-minute walk. The developer plans to also offer 393 vehicle parking spaces and 50 bicycle parking spaces to residents who will also have access to Divvy bikes at the nearby parks. 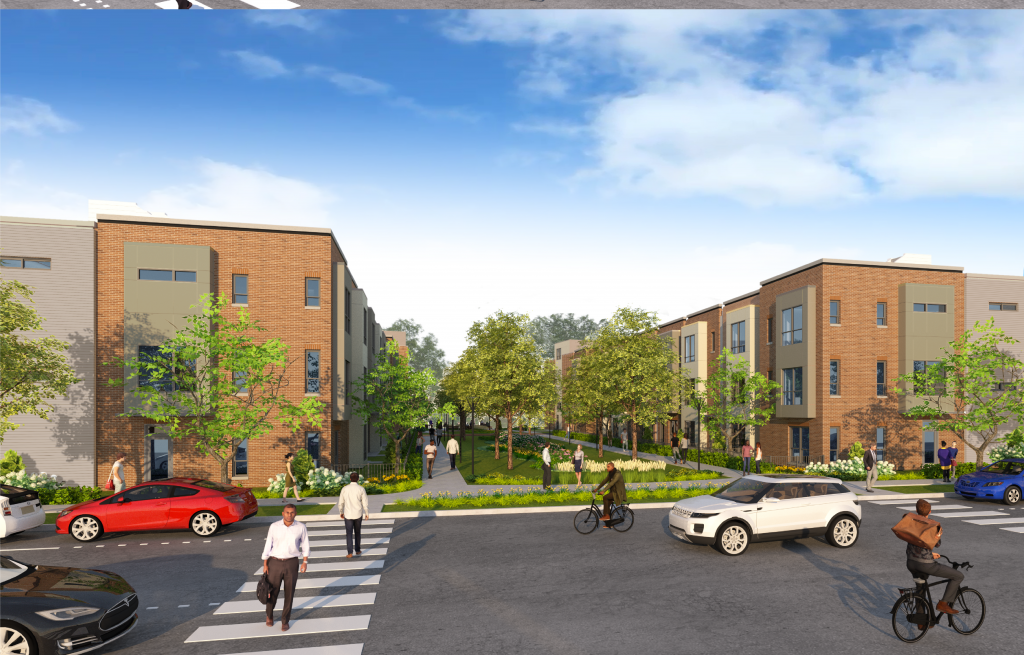 The development’s placement along the river has made it so that is considered a planned development and thus will have to ensure public access, green spaces, and environmental care which will be met through the planned central parkway. The project will now go through various community reviews and is expected to be presented to the community this fall, however the 33rd ward is already accepting feedback which can be submitted here. Once it moves past the Community Driven Zoning and Development process it will move onto the rest of the permitting process.