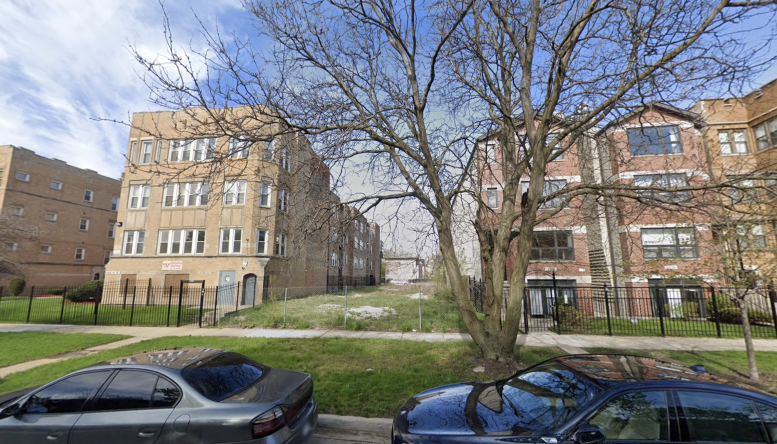 Construction permits have been issued for a three-story residential building located at 6132 S Kimbark Avenue in Woodlawn. The listed owner, McInerney Builders, plans for six total residences and six open parking spaces in the rear. Prior to development, the property has been occupied by a vacant grass lot.

Christopher Boehm of 360 Design Studio is the architect of record. While no drawings or renderings have been revealed, the filing description explicitly mentions that the design will be frame.

Residing less than a block south from the University of Chicago’s campus, the site is serviced by various transportation options, such as the 61st Street & Woodlawn bus station, with service for Route 59 via a three-minute walk northwest. Buses for Route 63 can be found via a four-minute walk south to 63rd Street & Kimbark.

McInerney Builders is also serving as general contractor for the approximately $1,375,000 construction. No set timeline has yet been announced.