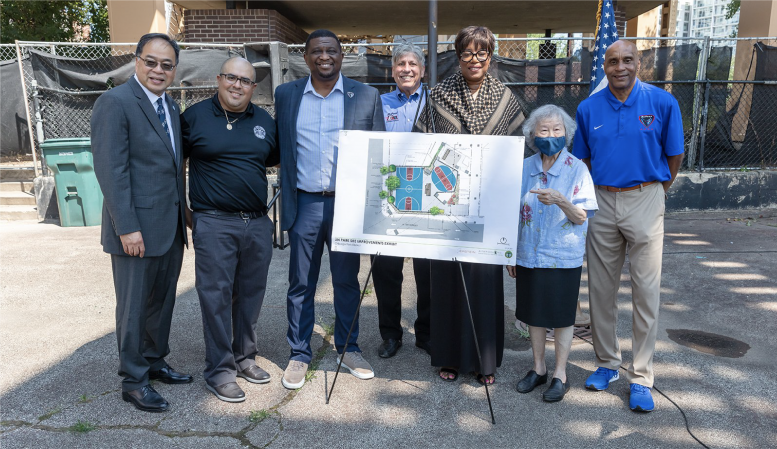 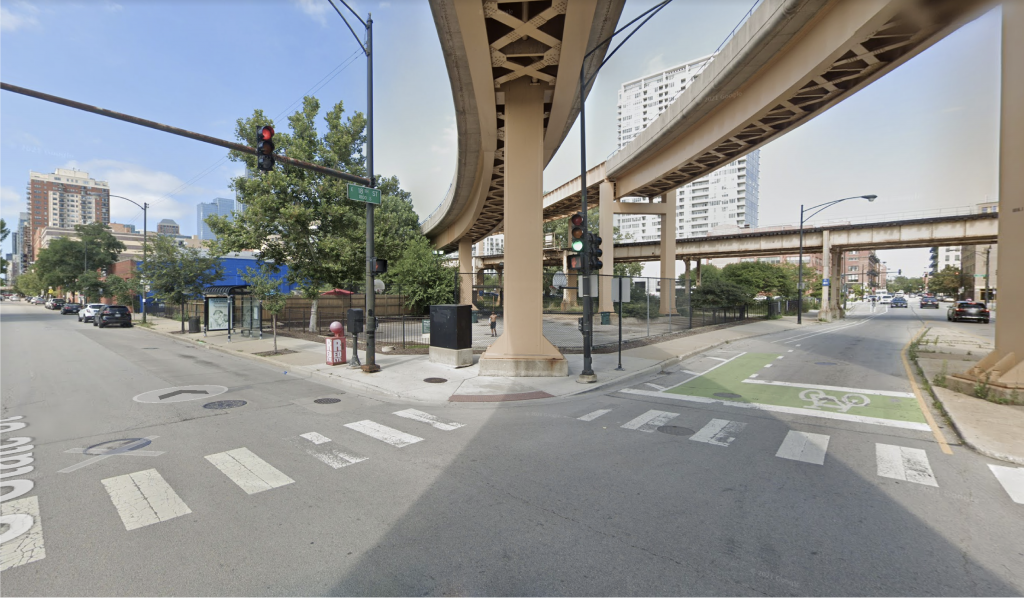 Nestled between S State Street to the west, W 18th Street to the south, and existing construction and train tracks to the north and east, the small park is built on land leased from the CTA with the goal of bringing much needed recreational space to the Near South Side community. From humble beginnings as a basketball court and playground, it has since appeared on countless commercials, tv shows such as Sense 8, various movies, and was even featured on EA Games’ NBA Live Mobile video game as a summer court. 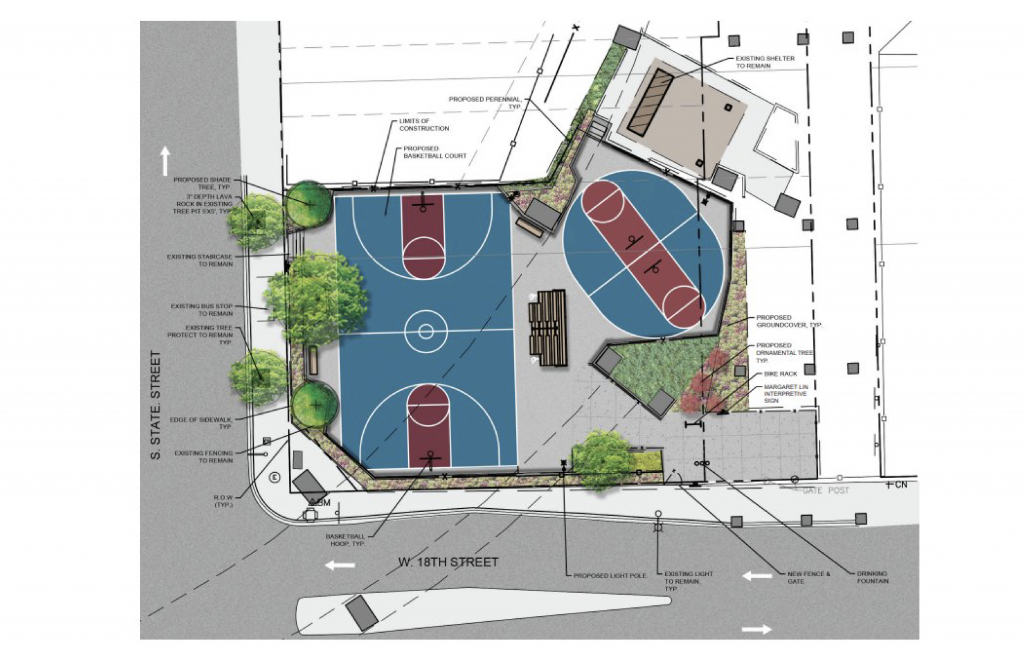 The renovation work will include the complete resurfacing of the main basketball court in a blue and red motif, new bleachers facing the main court, benches throughout the park, a new water fountain, as well as a new half-court practice facility. The half court will consist of two half courts back to back on the northeast end of the park next to an existing shelter which will remain. Additionally there will be major landscape upgrades, new lighting, and improved ADA accessibility. 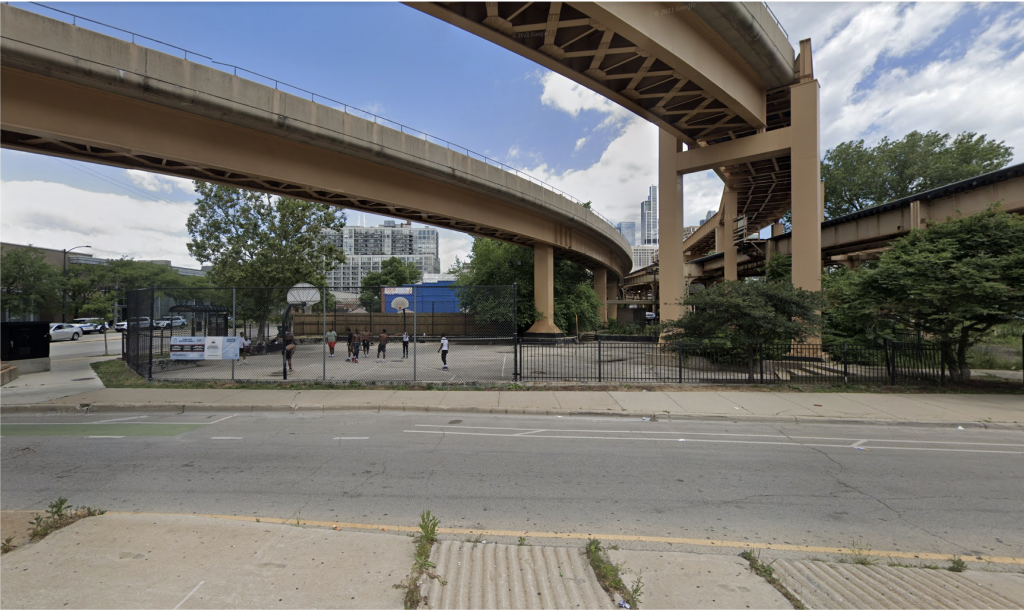 The park was renamed after Dr. Margaret Hie Ding Ling in 2004 as part of a Parks District initiative to recognize the contributions of Chicago women. Dr. Hie Ding Ling was born in mainland China in 1888 and graduated from Fuzhou College in 1907, she then came to Chicago to attend medical school at UIC. She was one of the first Chinese immigrants to attend medical school and was part of a small group of women doctors at the time. After a prestigious career in China, Dr. Hie Ding Ling returned to Chicago in 1941 where she worked at the Cook County Tuberculosis Hospital on weekdays, and at her own practice in Chinatown on the weekends. At this practice she offered services to Chinese residents and immigrants, which quickly led her to becoming revered in the community before her passing in 1973. 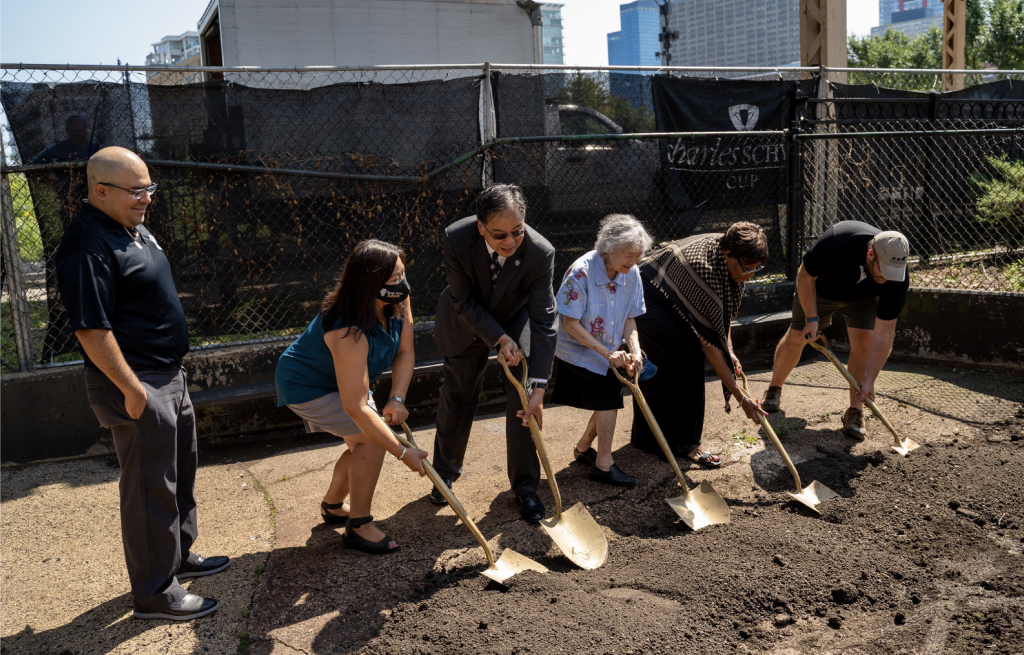 As a part of their 125th anniversary celebrations, DePaul is investing in the project as a way to connect with their Blue Demons basketball team which plays in the neighborhood. The university plans to be ongoing good stewards of the park and will include cleanup as part of their Vincentian Service Day as well. The Parks District plans to finish the work in spring 2022.