The Chicago Committee on Zoning has approved rezoning for a new residential development at 547 W Oak Street in Near North Side. Developer Brinshore-Michaels Development, LLC is teaming up with Pappageorge Haymes Architects to bring a new apartment building to an empty lot at the corner of W Oak Street and N Larrabee Street. Located on the south end of the former Cabrini-Green area, the project will benefit from being located near the new Halsted Pointe development and Sterling Bay’s recently renovated 600 West Chicago Avenue.

Rezoning was requested to change the sites currently M1-2 limited manufacturing/business park district to DR-3 or downtown residential district. However as the developer plans to offer on-site affordable units and its proximity to the CTA Bus Route 66 on W Chicago Avenue via a one-minute walk, they are requesting an increase of its Floor Area Ratio (FAR) to 4.0 and a reduction of on-site parking requirements. The rezoning was also supported by the Chicago Housing Authority (CHA), the current owners of the land. 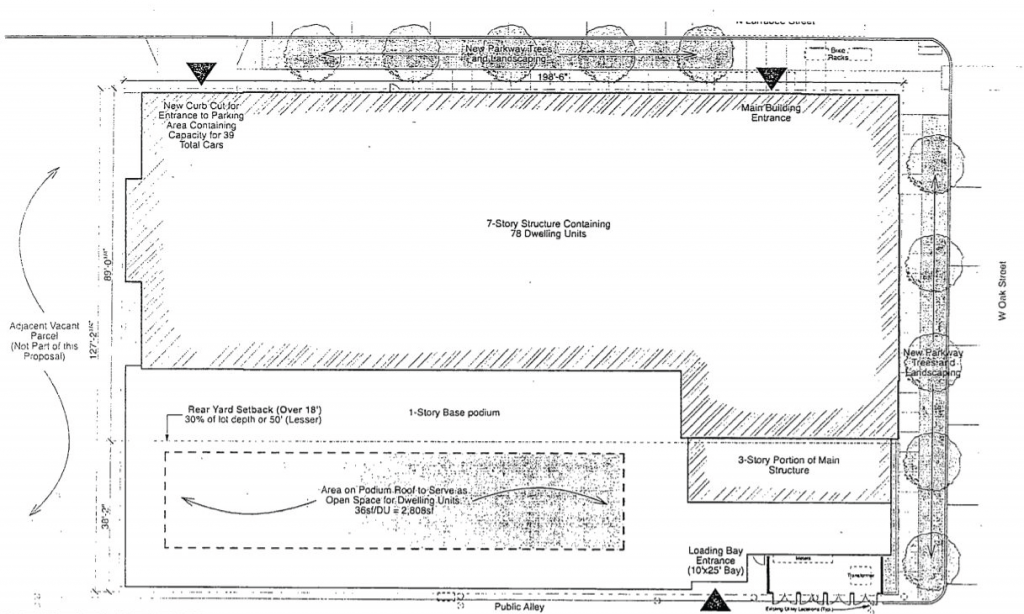 The new seven-story, 80-foot tall building will bring 78-residential units to the area. Of the 78 units, at least 50-percent of them will be considered affordable based on the areas median income, 39-vehicle parking spots will also be offered to residents, a reduction due to the above. While not all details have been revealed, the ‘L’ shaped mid-rise portion of the building will mostly front N Larrabee with a one-story concealed covered parking garage topped with a 2,800 square-foot green space for residents to use. 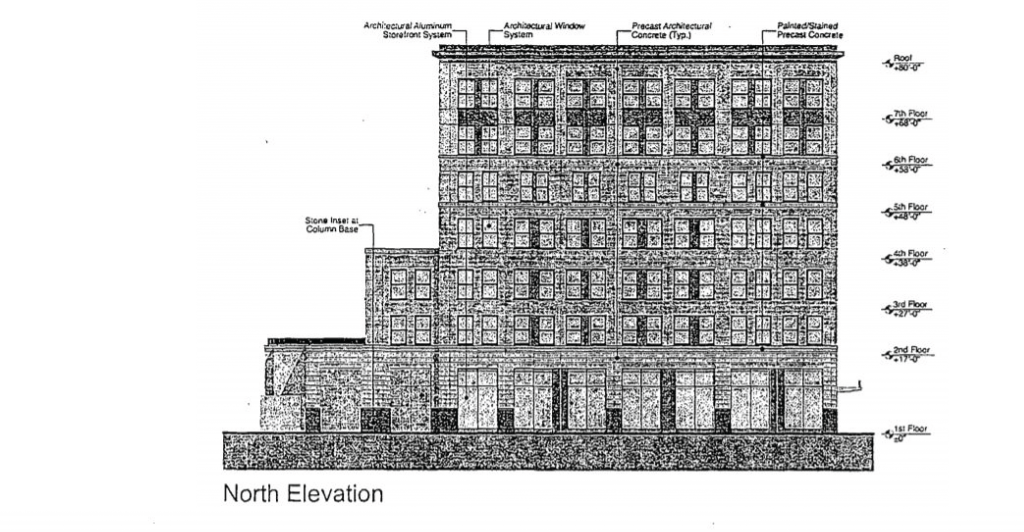 Large storefront windows will line the street front of the building with a double door resident entry, topped with a pre-finished canopy. In between the windows, tall inset stone bases will line the façade as architectural precast concrete continues up to the parapet. Architectural windows punch through the precast concrete and will have metal panel elements in between them, and horizontal precast bands will break up the mass which will culminate in a large ornamental parapet capping off the structure. 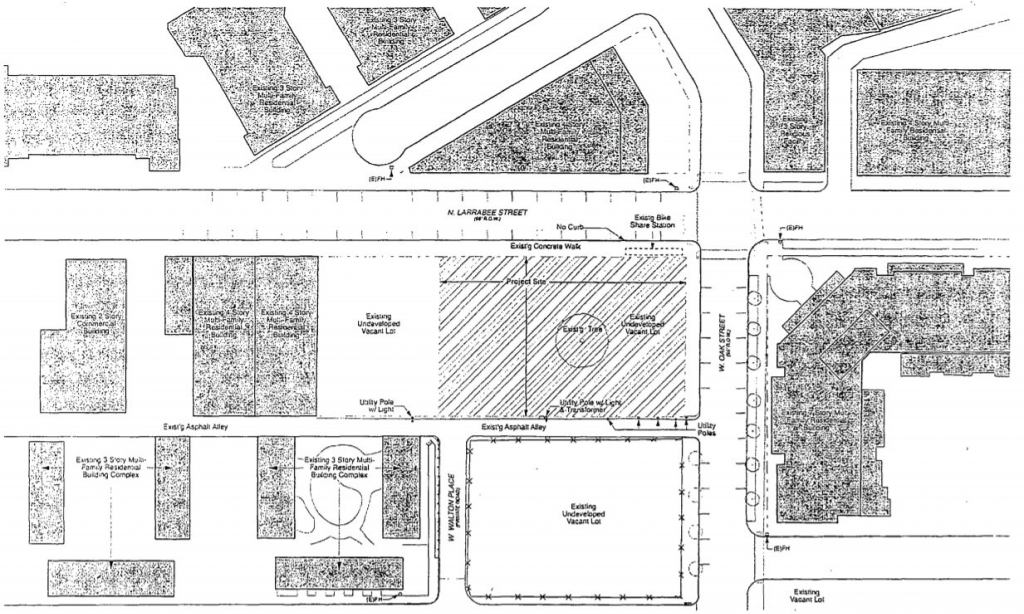 Along with the aforementioned Route 66 bus, future residents will also have CTA Route 70 on W Division Street via a two-minute walk, and the CTA Brown Line Chicago stop via a five-minute walk. No timeline has been given for the project, however the approval of its zoning and support from CHA fare well for it to move forward to community presentations and eventual permitting.