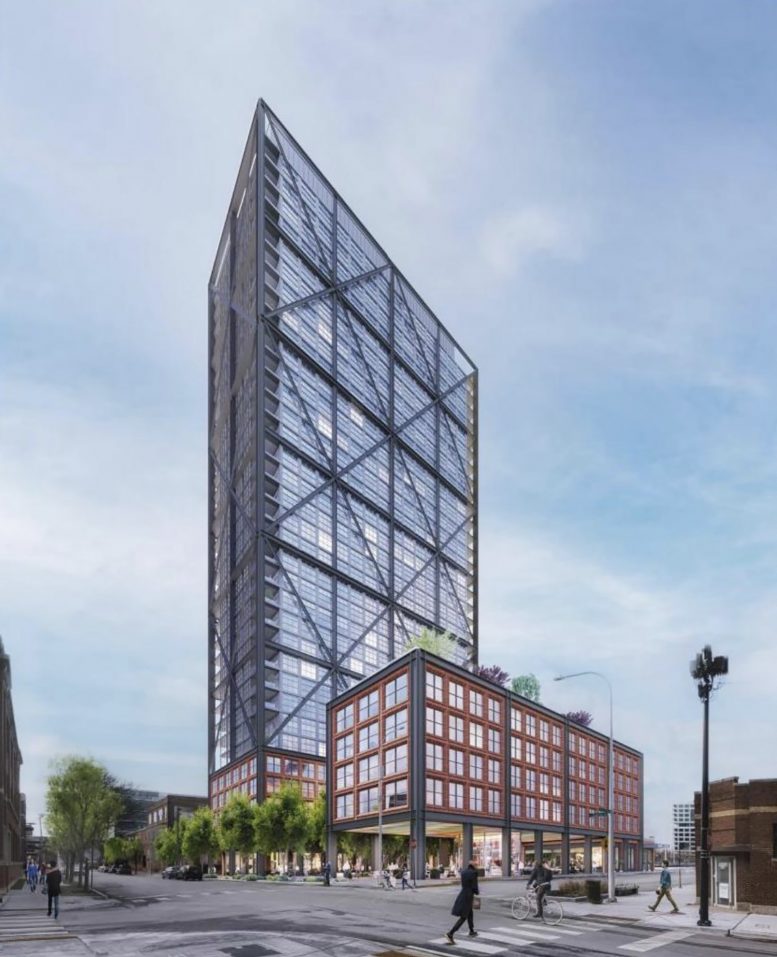 The Chicago City Council has approved a mixed-use development at 1215 W Fulton Market in Fulton Market. Located at the intersection of W Fulton Market and N Racine Avenue, the corner property is currently occupied by a one-story event space building and a two-story small-scale industrial building. Fulton Street Companies is the developer behind the project. 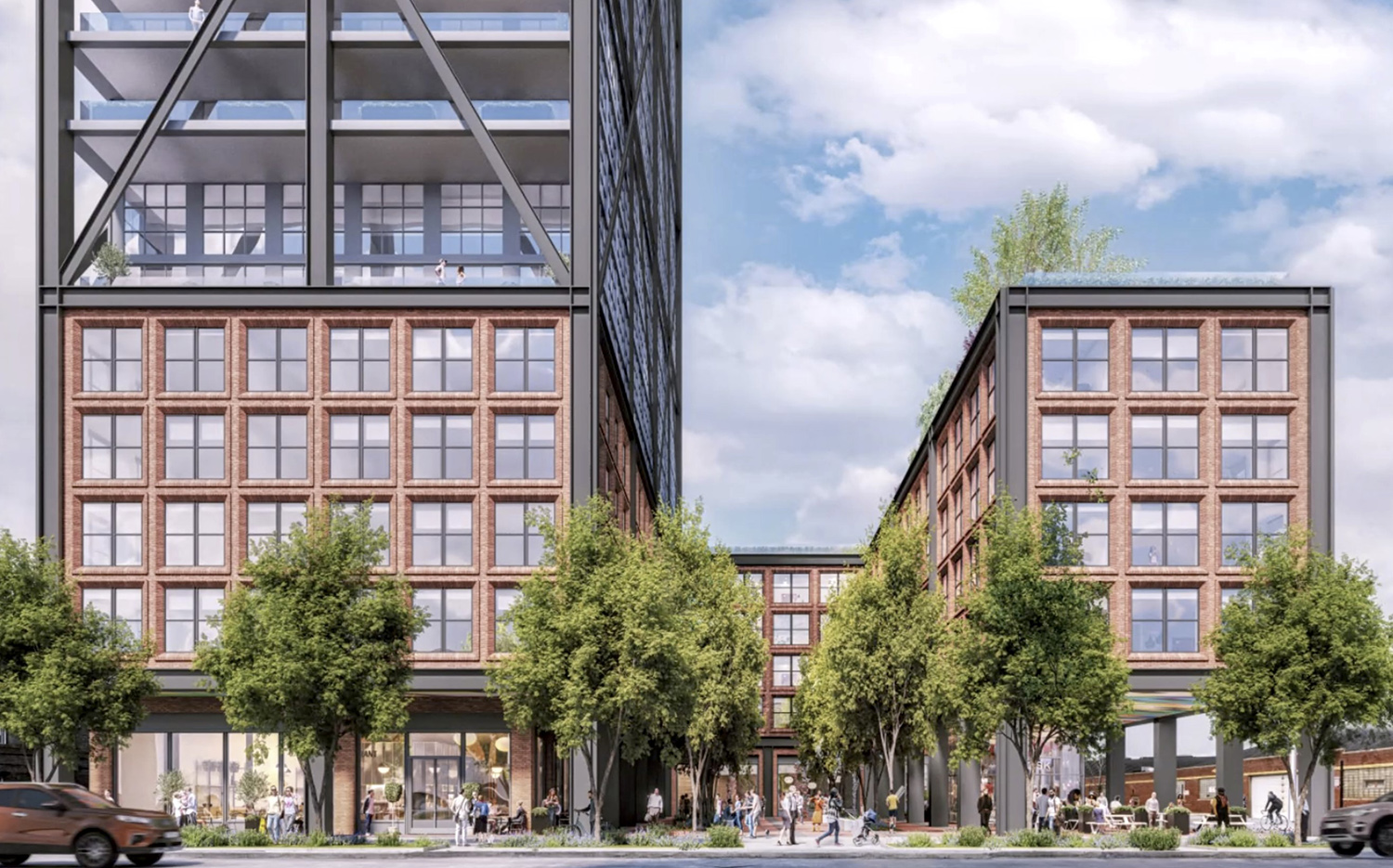 Designed by Morris Adjmi Architects, the new construction will consist of a 34-story mixed-use tower. Rising 414 feet, the building will hold 433 dwelling units with 13,100 square feet of retail space located on the ground floor. The unit mix will include studios, one-, two-, and three-bedroom dwellings. Additionally, 80 parking spaces will be provided underground, and 112 bike parking spaces will be included. 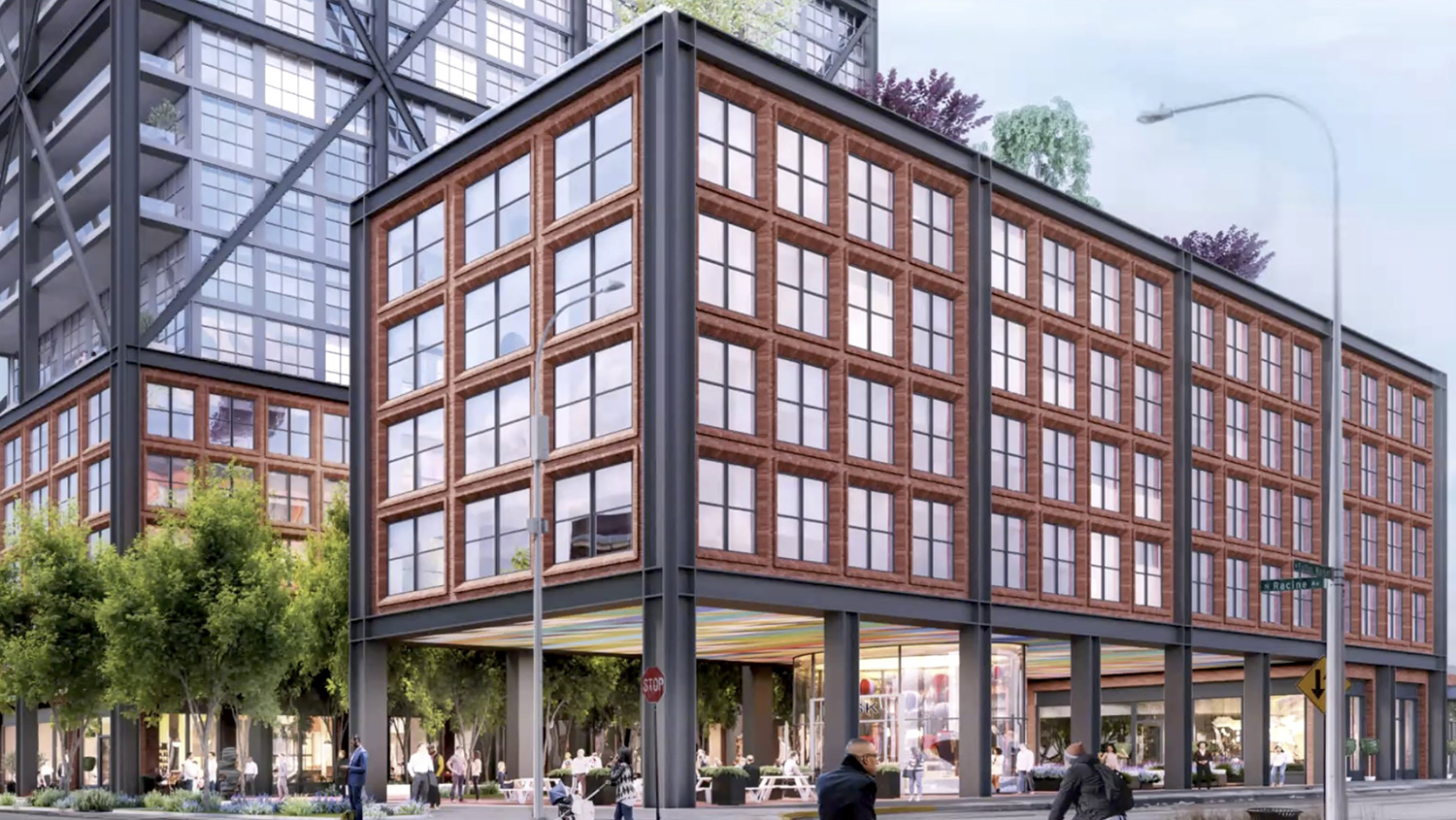 The design features a two part massing that includes a shorter portion along W Fulton Market, with the taller tower portion rising at the back of the site along N Racine Avenue. The lower massing uses a brick and glass facade while the tower portion features a glass facade with diagonal cross-bracing. Balconies are located at the corners of the tower massing. The revised exterior design integrates a more prevalent three-dimensional cross-bracing on the taller portion, while the fenestration pattern was altered on the low-rise podium of the building to better match the historic buildings in the nearby Fulton Market Historic District. 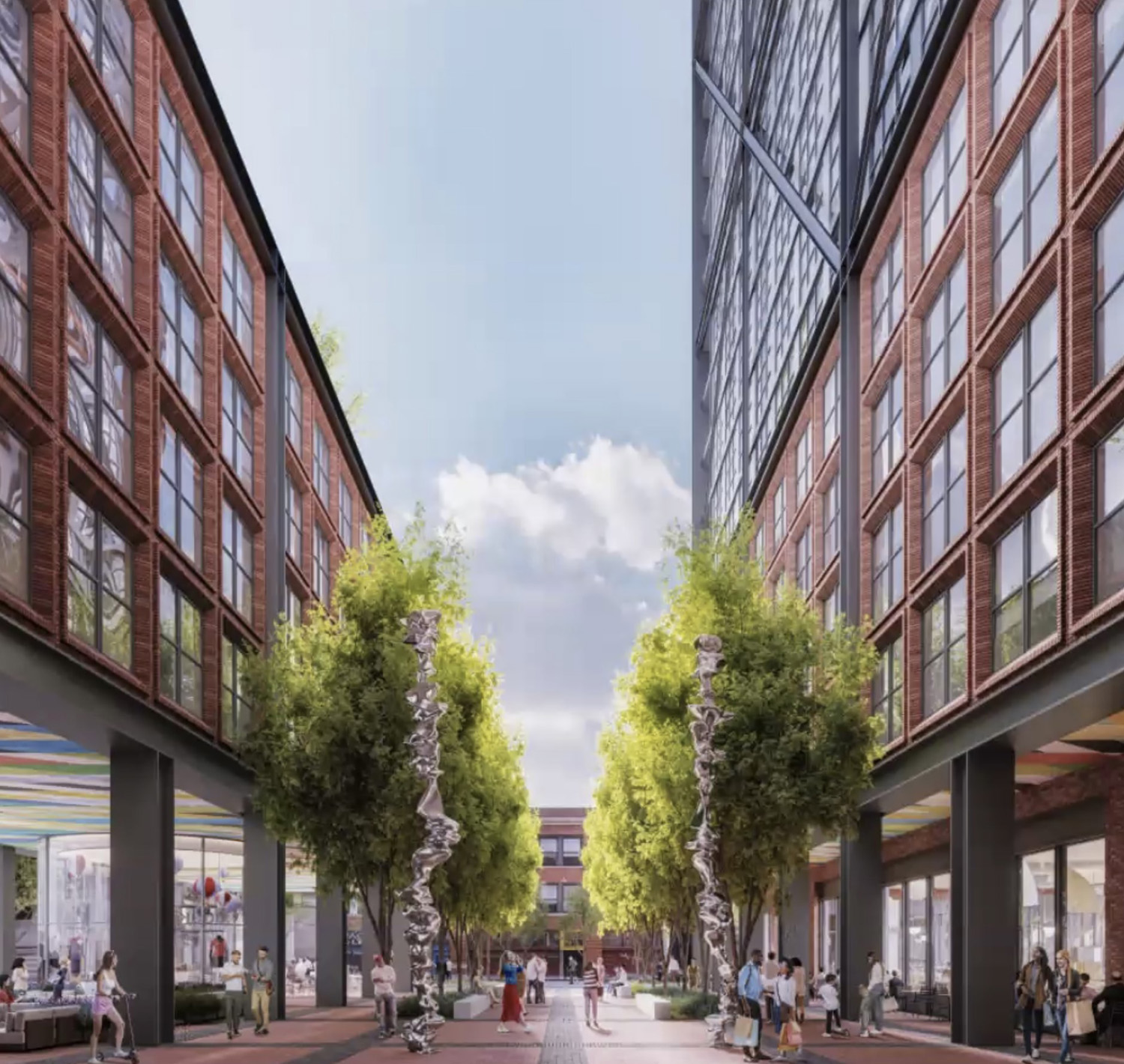 Retail space will be positioned on the ground floor with the lobby accessed from W Fulton Market. Designed by Site Design Group, two visions for the design of the streetscape and plaza are under consideration. Community programming, sculptures, and lush plantings, and other elements are being considered. An amenity level on the sixth floor will provide tenants with a pool deck and 7,500 square feet of outdoor space in addition to indoor amenity spaces. 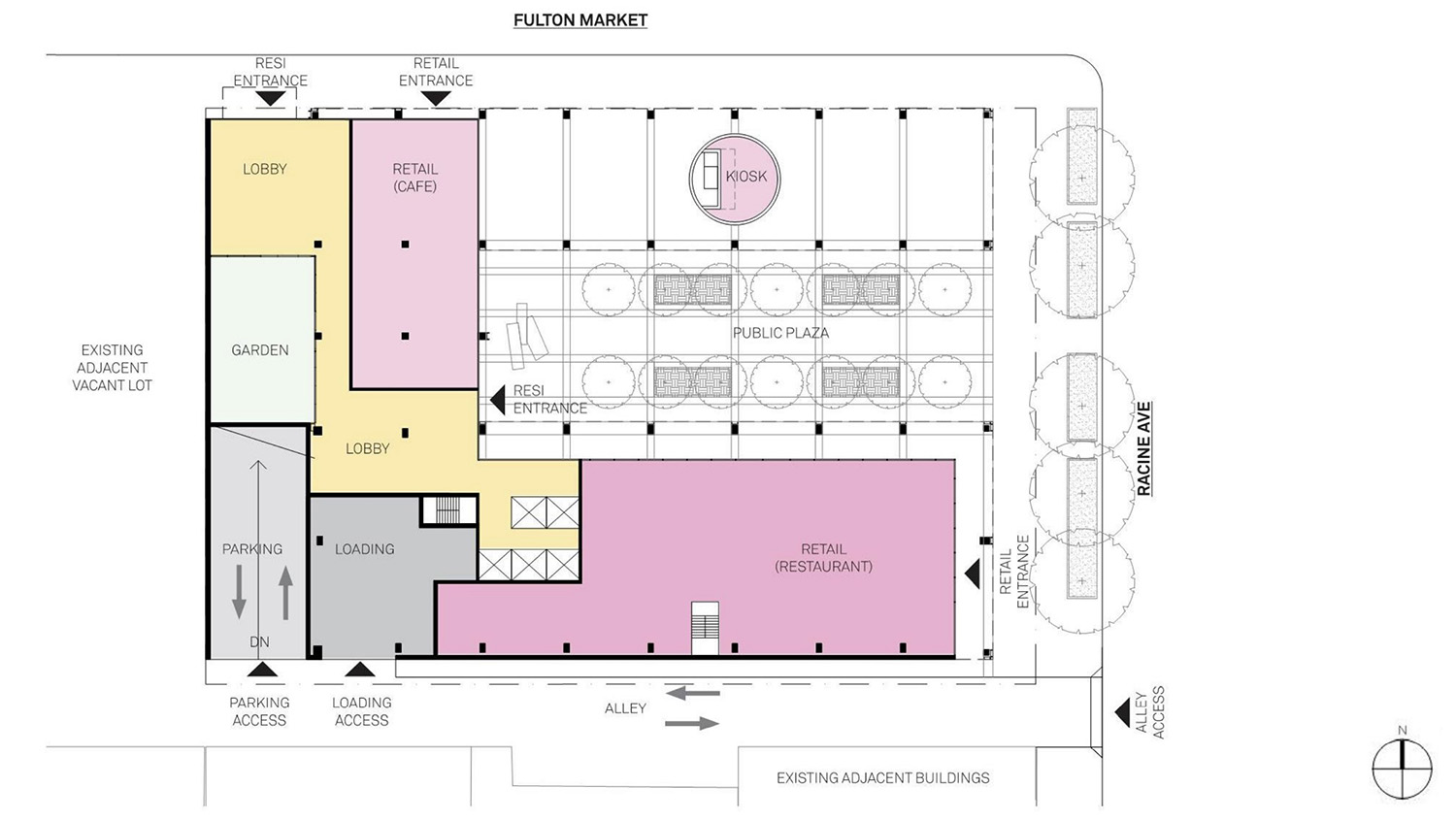 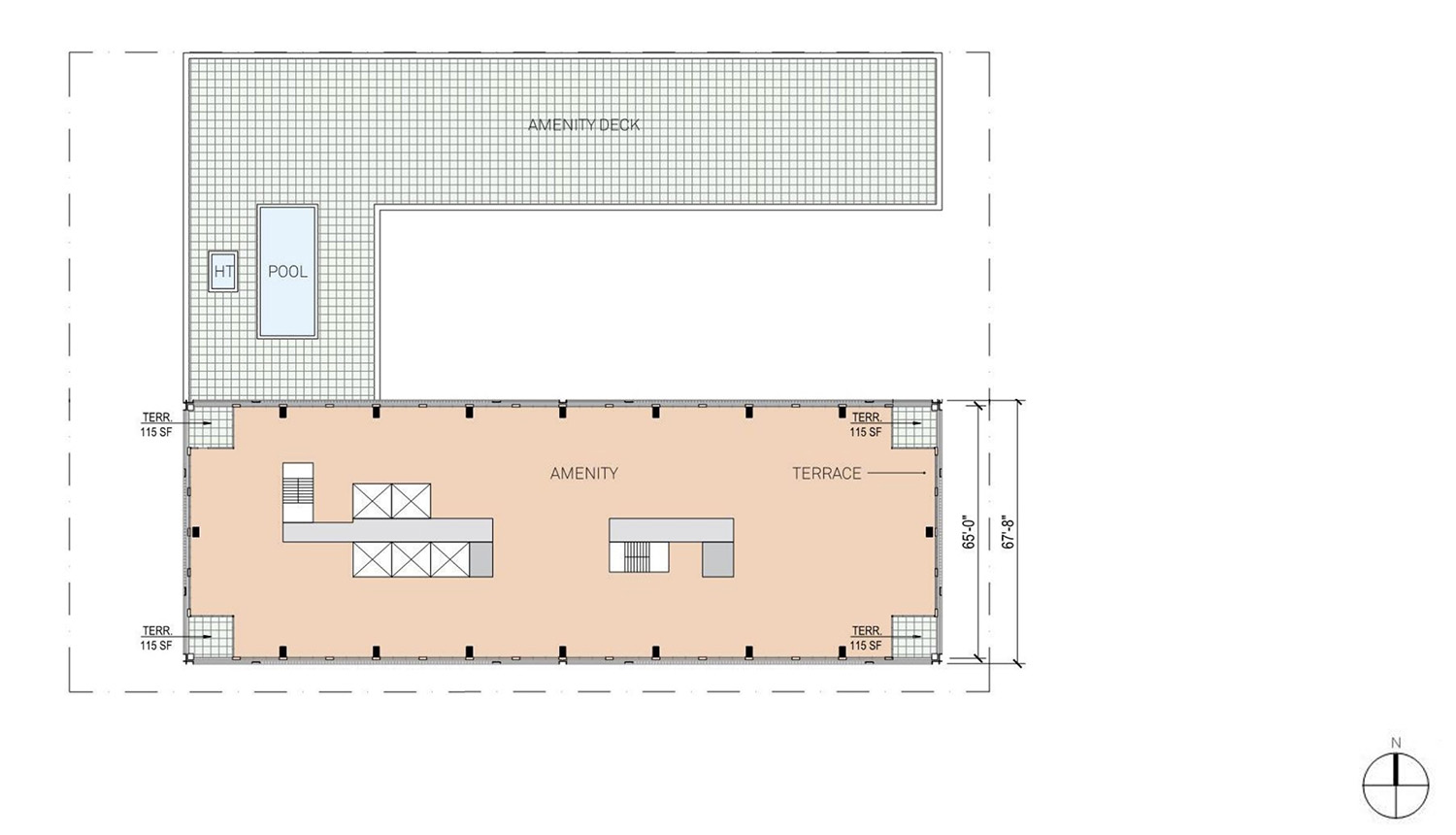 The development will be one of the first residential developments north of W Lake Street after the update to the Fulton Market Innovation District plan allowed for residential uses north of W Lake Street. To meet the ARO requirement of 20 percent affordable housing, the development will include a total of 87 units, all on-site. There will be 43 units marketed at 60 percent of the Area Median Income (AMI), while the remaining 44 will be at 100 percent AMI. The developers are working with the city to provide an additional 44 affordable units either on or off site to get to the target of 30 percent affordable housing outlined in the FMID Plan. 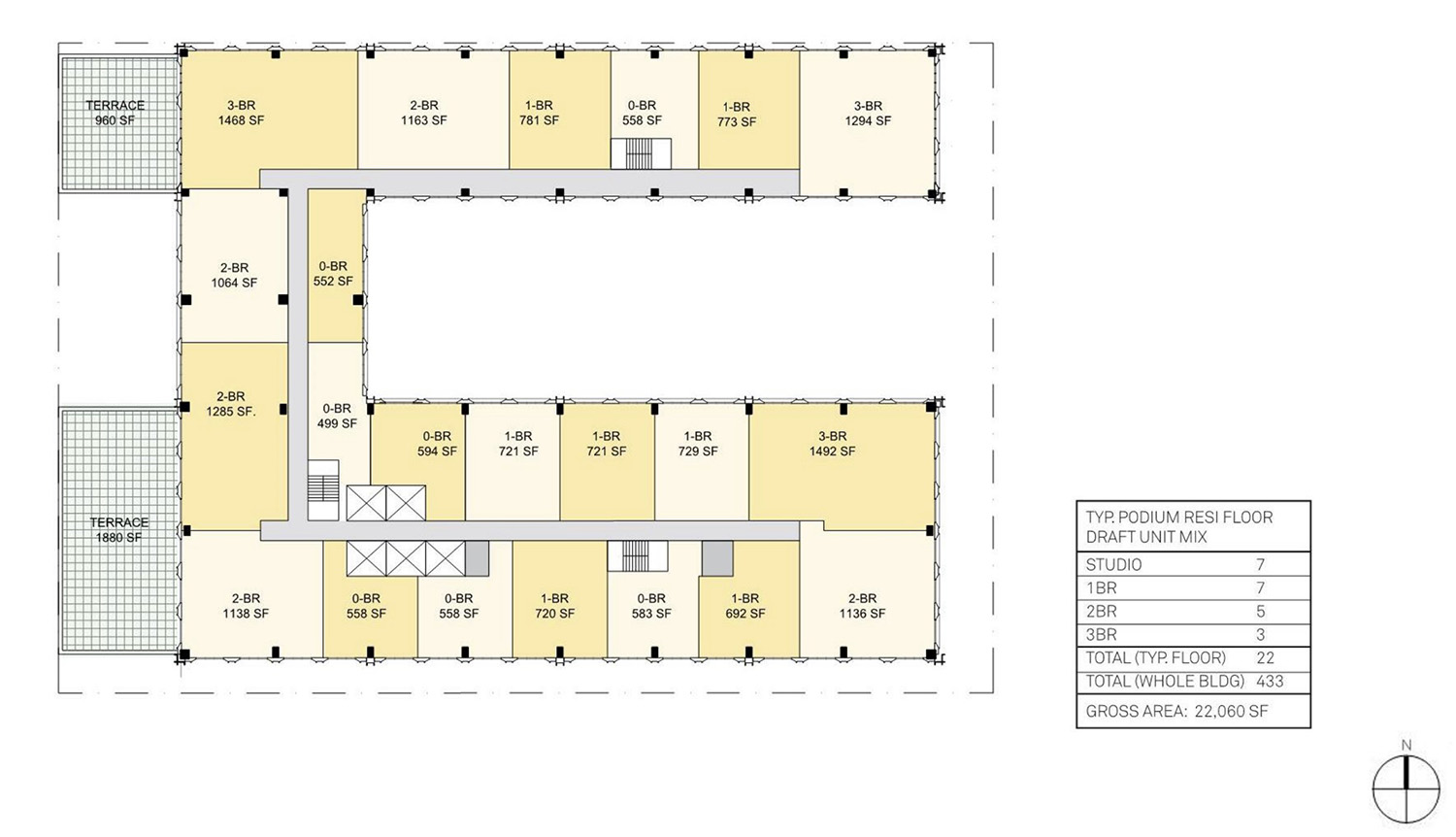 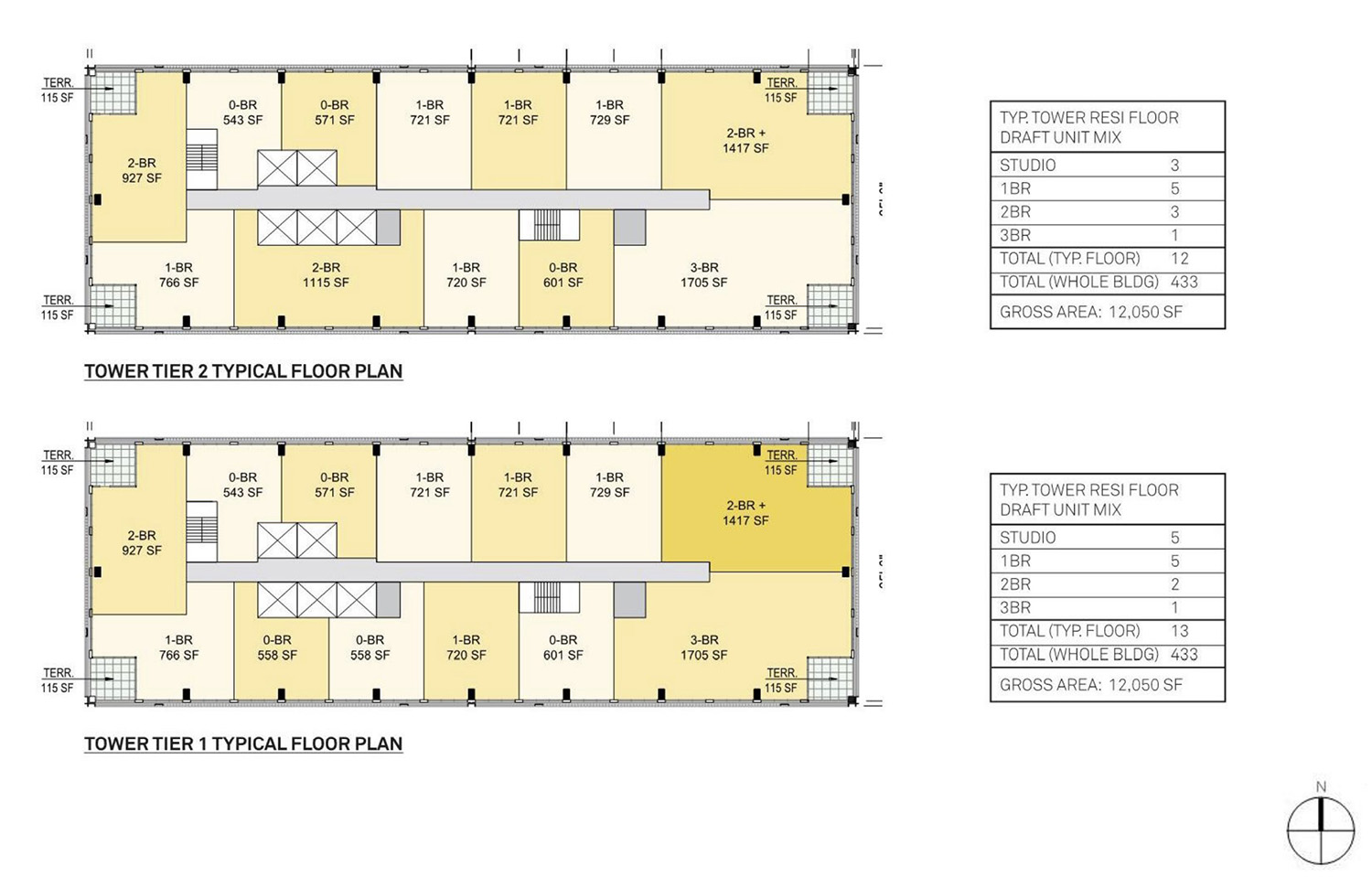 The developers sought to rezone the site from M2-3, Light Industry District, to a DX-7, Downtown Mixed-Use District, with a final designation as a Planned Development. The developers will pay approximately $4 million into the Neighborhood Opportunity Fund for an Floor Area Ratio (FAR) bonus of 4.5, giving the site a total 11.5 FAR. The building will meet sustainability requirements by achieving a Green Globes – 2 Globes certification, providing electric vehicle charging stations, installing a CTA digital display, and ensuring the diversion of 80 percent of construction waste. 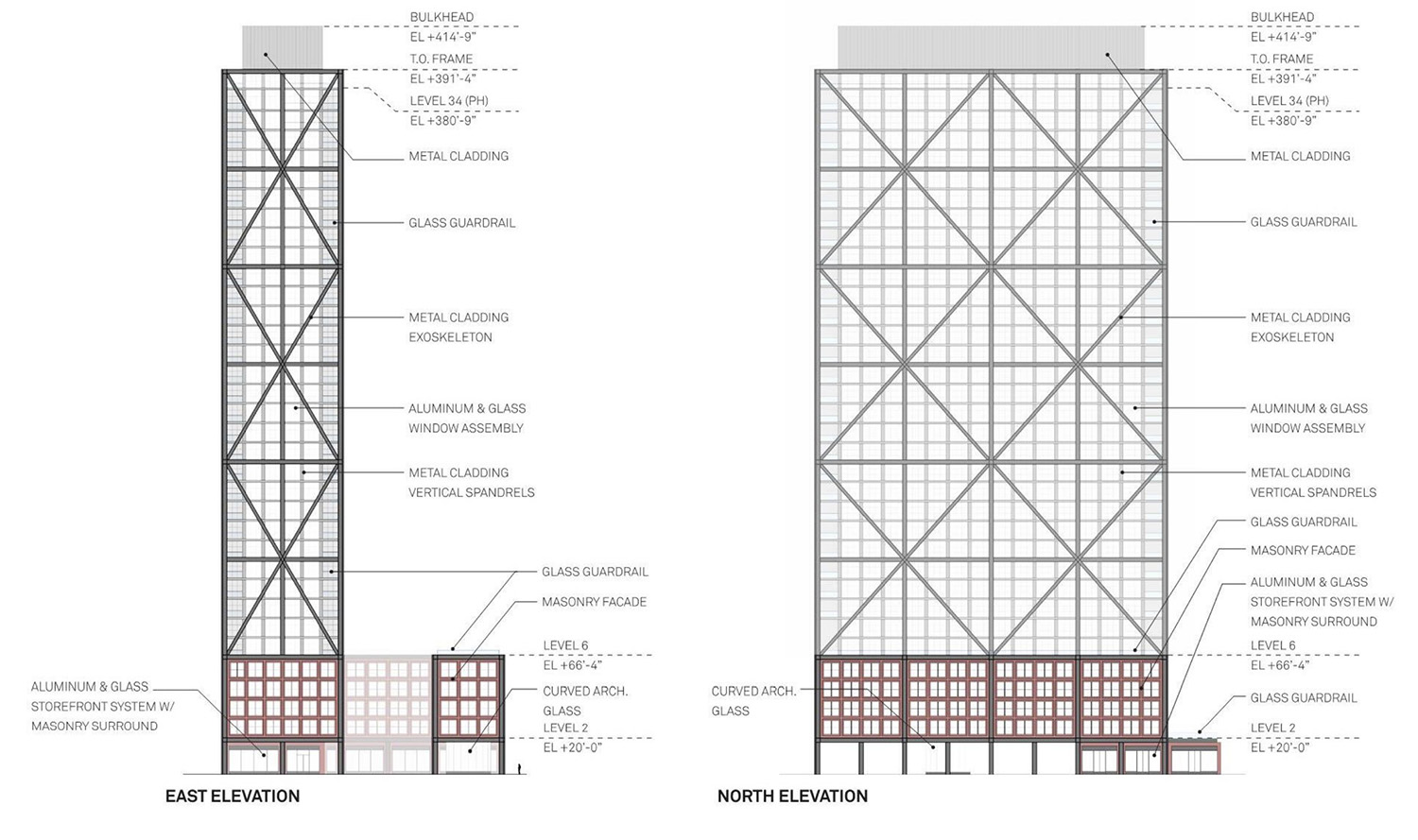 The Morgan CTA L station, serviced by the Green and Pink Lines, is a six-minute walk away from the site. The 20 CTA bus route, accessible from the Madison and Racine stop, can be reached within an eight-minute walk from the site.

With approvals from the Chicago Plan Commission, the zoning committee, and the Chicago City Council, the project can move forward with permitting and construction. Construction is expected to begin in the fall of 2022, with completion in late 2023 or early 2024.