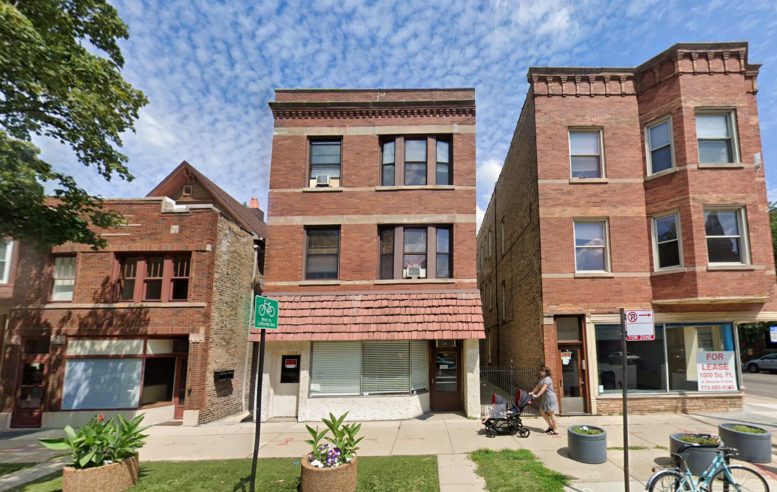 Construction permits have been issued for a new four-story residential building under the address 2004 W Addison Street in St. Ben’s. The new construction is set to replace a three-story mixed-use masonry building.

The filing owner is listed as Padriac Connolly, whose plans comprise of six total dwelling units, a basement level, a rooftop deck and stair enclosure, and a six-car garage with a second rooftop deck.

John Stoneberg of Stoneberg and Gross Architects is the listed architect of record. No drawings or renderings of the site have yet been posted, though multiple masonry contractors shown in the permit suggest a brick or stone design.

Future residents will find bus access for Routes 50 and 152 just paces east at the intersection of Addison & Damen. Those looking to board CTA L trains will also find the Brown Line at Addison station via a five-minute walk east.

Notable points of interest in the vicinity include the John James Audubon Elementary School, a four-minute walk southwest. Meanwhile, a wide selection of shopping and dining options can be found along N Lincoln Avenue, a five-minute walk east.

The reportedly $550,000 construction is being carried out by Bachula Development. No details regarding a project timeframe have yet been revealed.