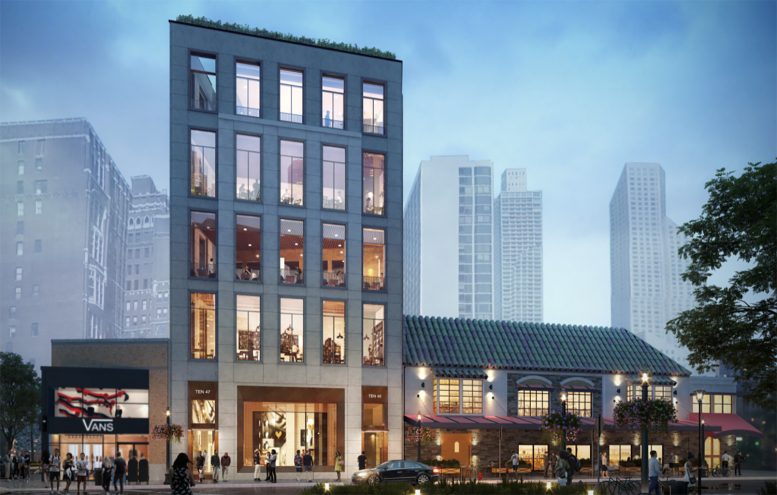 The Chicago City Council has approved a mixed-use development at 1045 N Rush Street in the Near North Side. Located along N Rush Street, the site is placed between E Bellevue Place and E Cedar Street. LFI Development is behind the proposal. 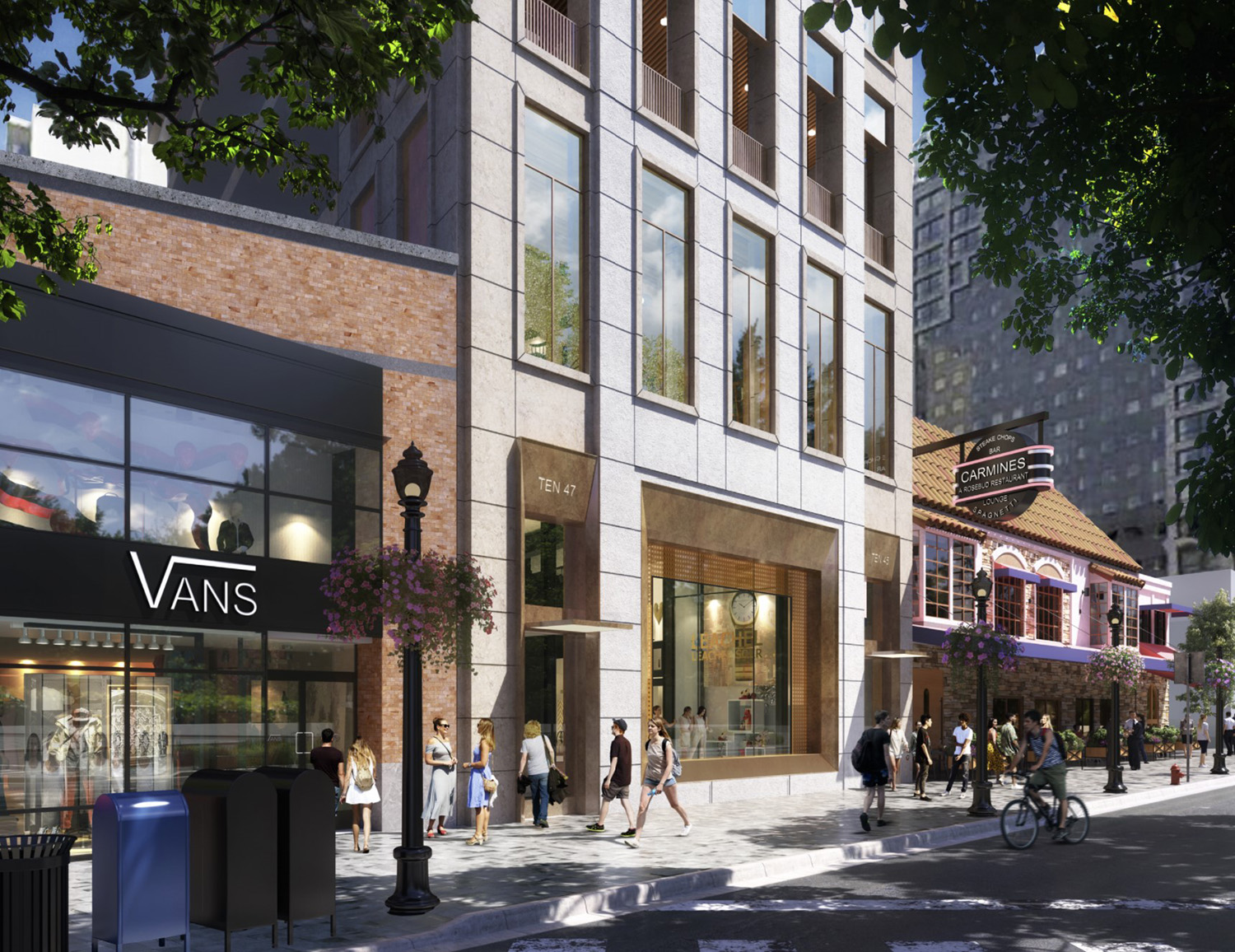 Designed by Booth Hansen, the mixed-use building will be five floors, rising 100 feet tall. Plans include one duplex residential unit at the top floor, two parking spaces in the basement level, with ground-floor retail and three floors of restaurant space. The structure will be topped by a rooftop space. 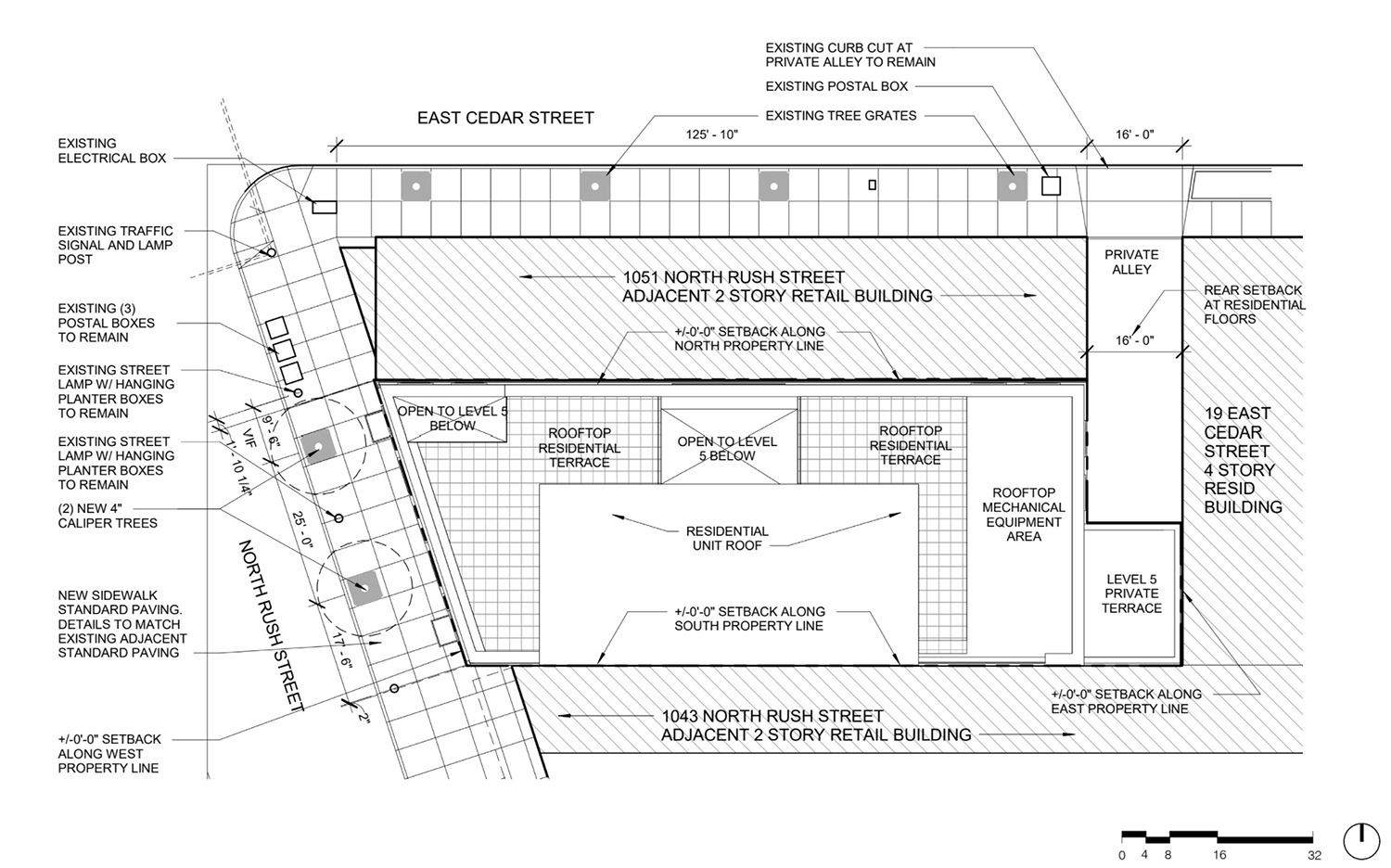 To address building materials context, the design is completely clad in dimensioned stone and face brick with a more pedestrian scale and attention to neighboring rooflines. Bronze in and around large windows provides framing detail. 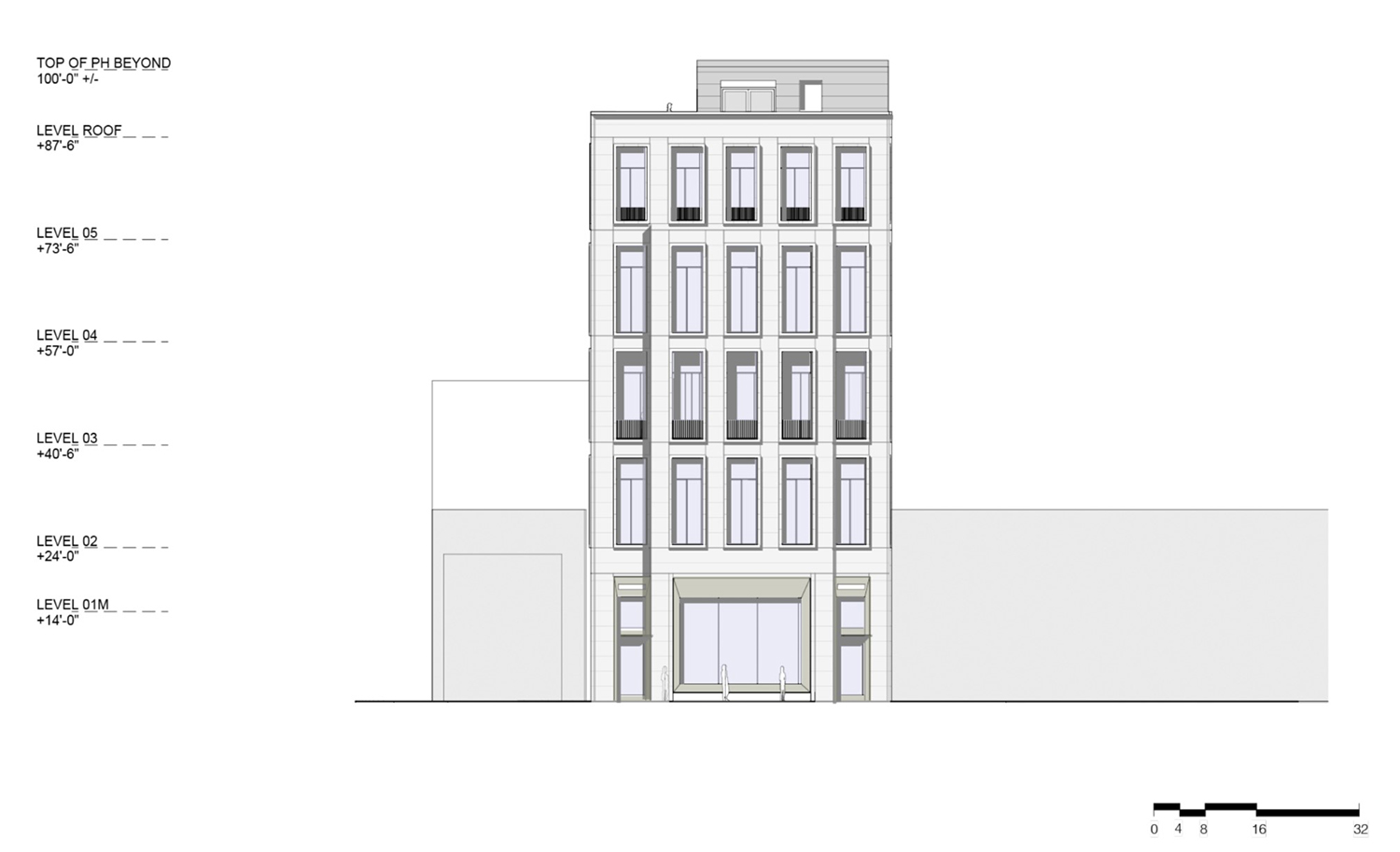 A former proposal for this site included a 180-foot-tall structure with retail, three floors of restaurants, and five residential units, as well as an automated parking system that encompassed 85 percent of the basement area. 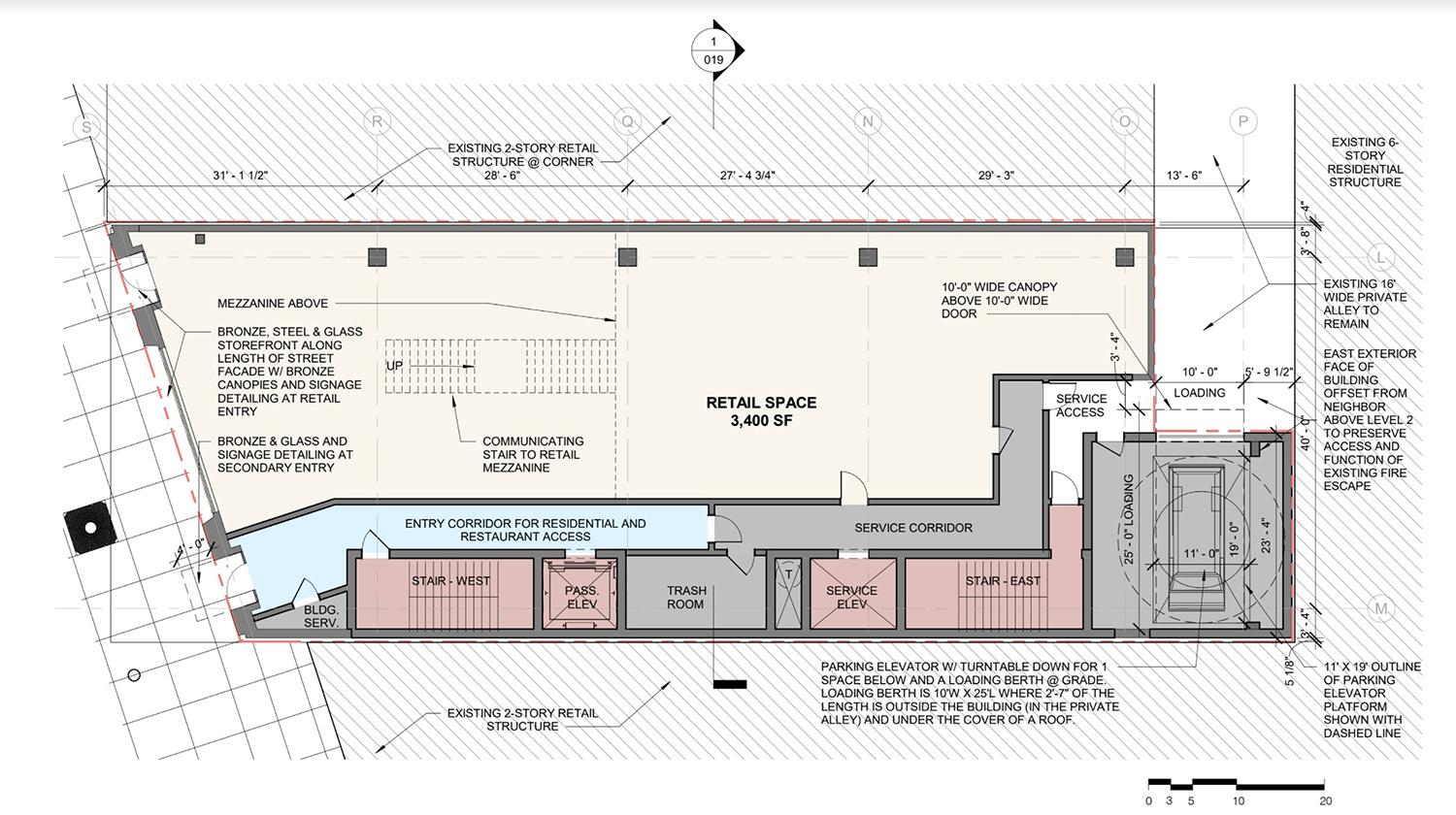 The developer was required to seek a zoning change, due to the fact that a small portion of the lot at the rear was within a DR-3 zoning district. The rezoning sought to unify the site under a DX-7 zoning designation. This plan was approved by the zoning committee earlier in July with full Chicago City Council approval coming just days after. An official timeline for the development has not been announced.