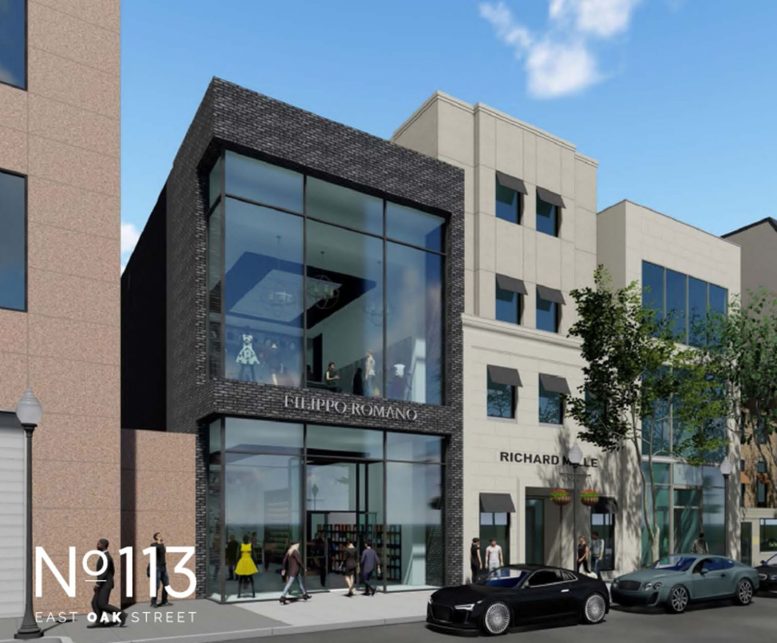 Construction permits were issued this week for a new two-story retail building, located at 113 E Oak Street in Near North Side. The owner-occupied site is being developed under the name 113 E Oak Street LLC, and will be replacing a three-story white masonry building. 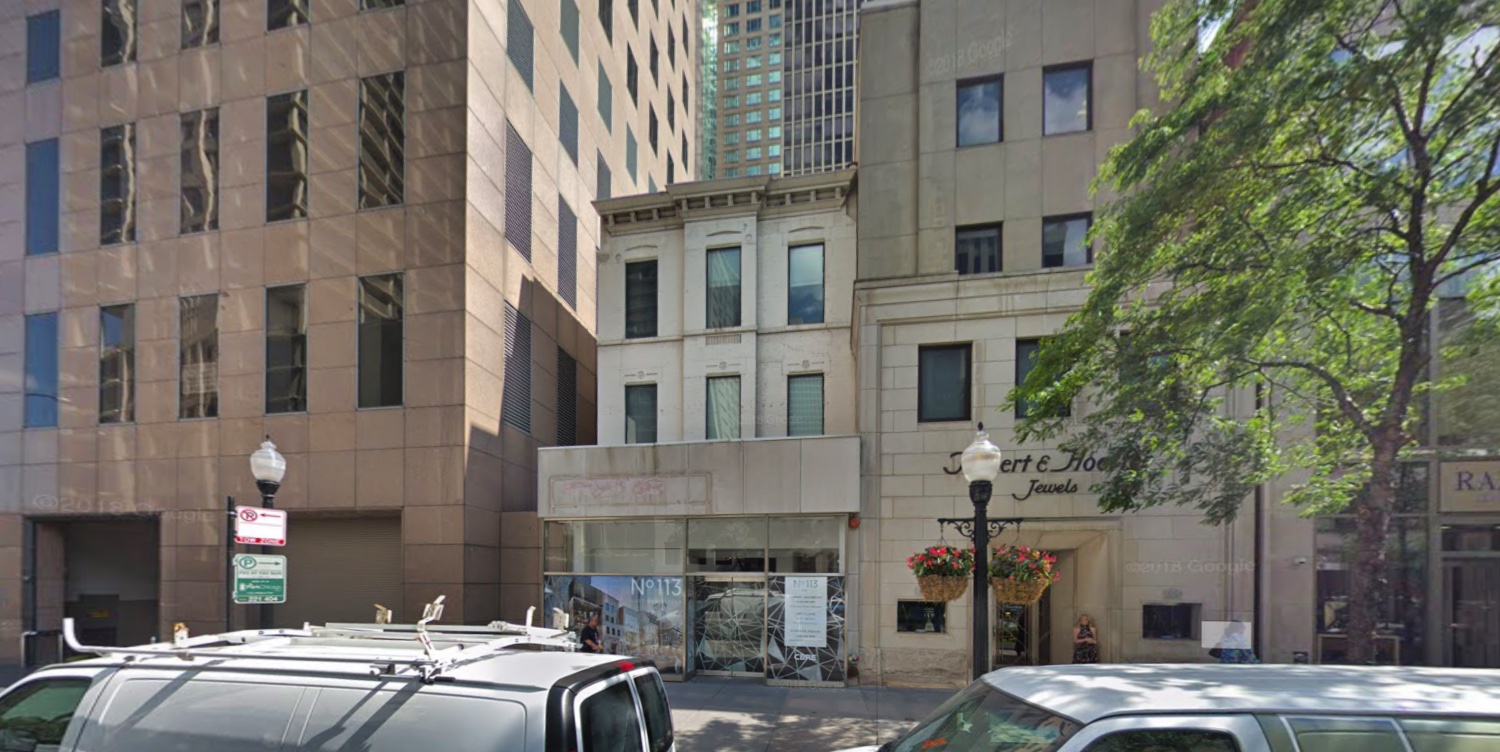 According to a listing by brokerage firm CBRE, the building will house a total of 5,050 square feet, divided evenly between the two floors. The filing lists Grant Brandenburg of Ware Malcomb as the architect of record, whose design involves a dark gray brick facade and expansive floor-to-ceiling windows. The most recent rendering also shows room for signage just above the first floor.

The site lies amidst a dense collection of nearby retail and restaurants, just east of the bustling Rush & Division neighborhood. Tenants and shoppers will also find an array of transportation options, the closest of which are bus stops for Routes 151 just several paces east at Michigan & Oak. One block south at Michigan & Delaware/Walton are additional bus stops for Routes 143, 146, 147, 148, and 151. For those looking to board the CTA L Red Line at Chicago station is available via a nine-minute walk southwest.

Summit Design & Build LLC is the general contractor for the new $1.5 million development. Demolition permits for the existing structure have also been issued, with Atlas Industries Inc. as the wrecking contractor. An anticipated completion date has not yet been revealed.