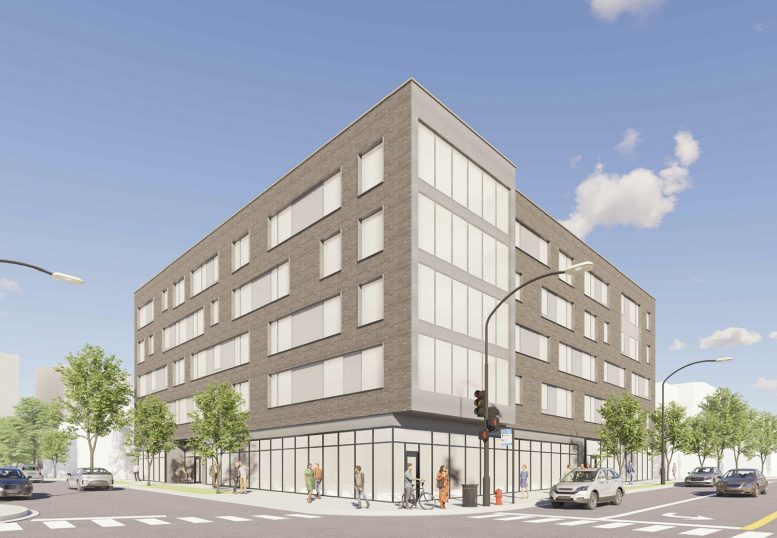 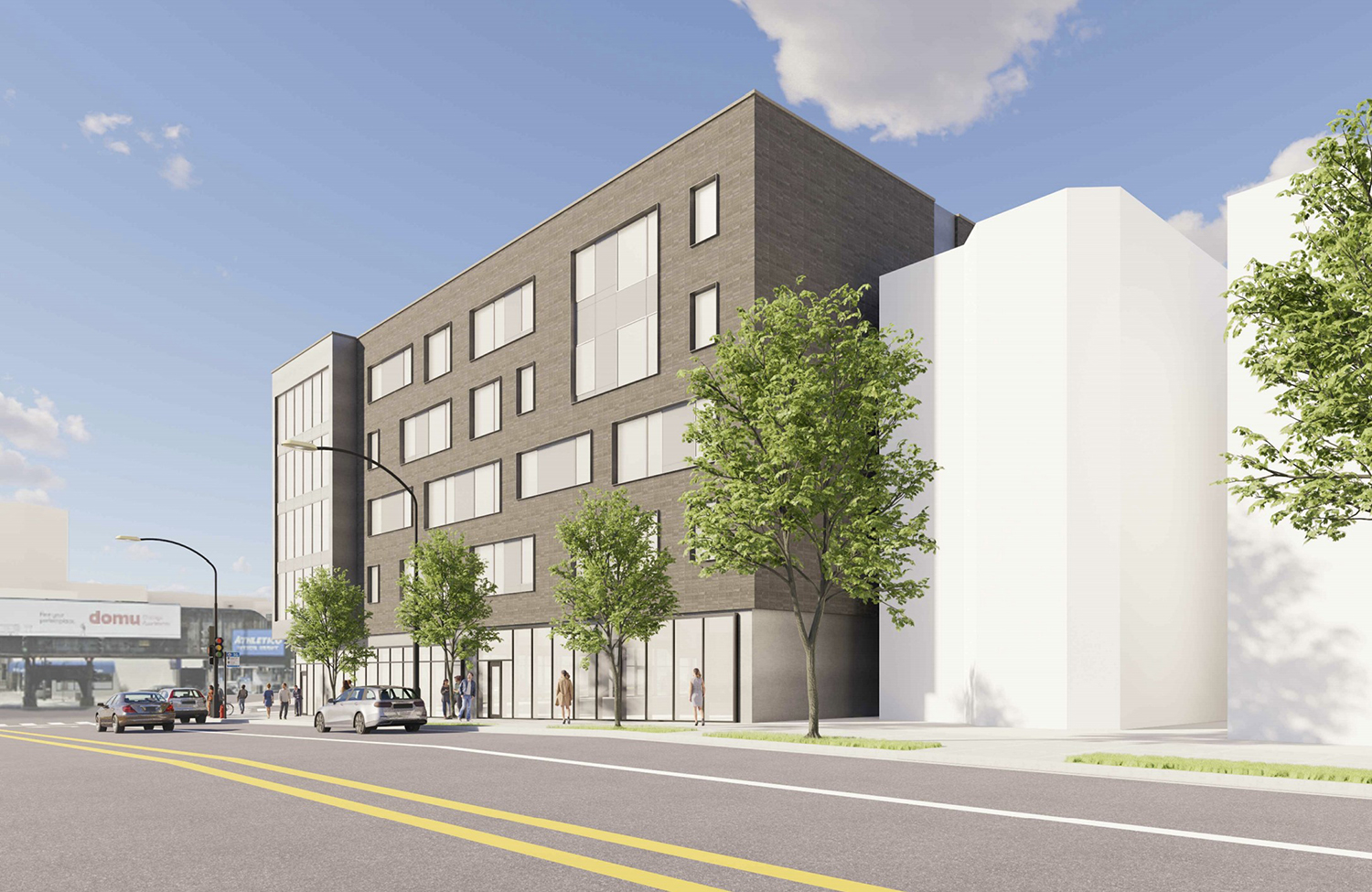 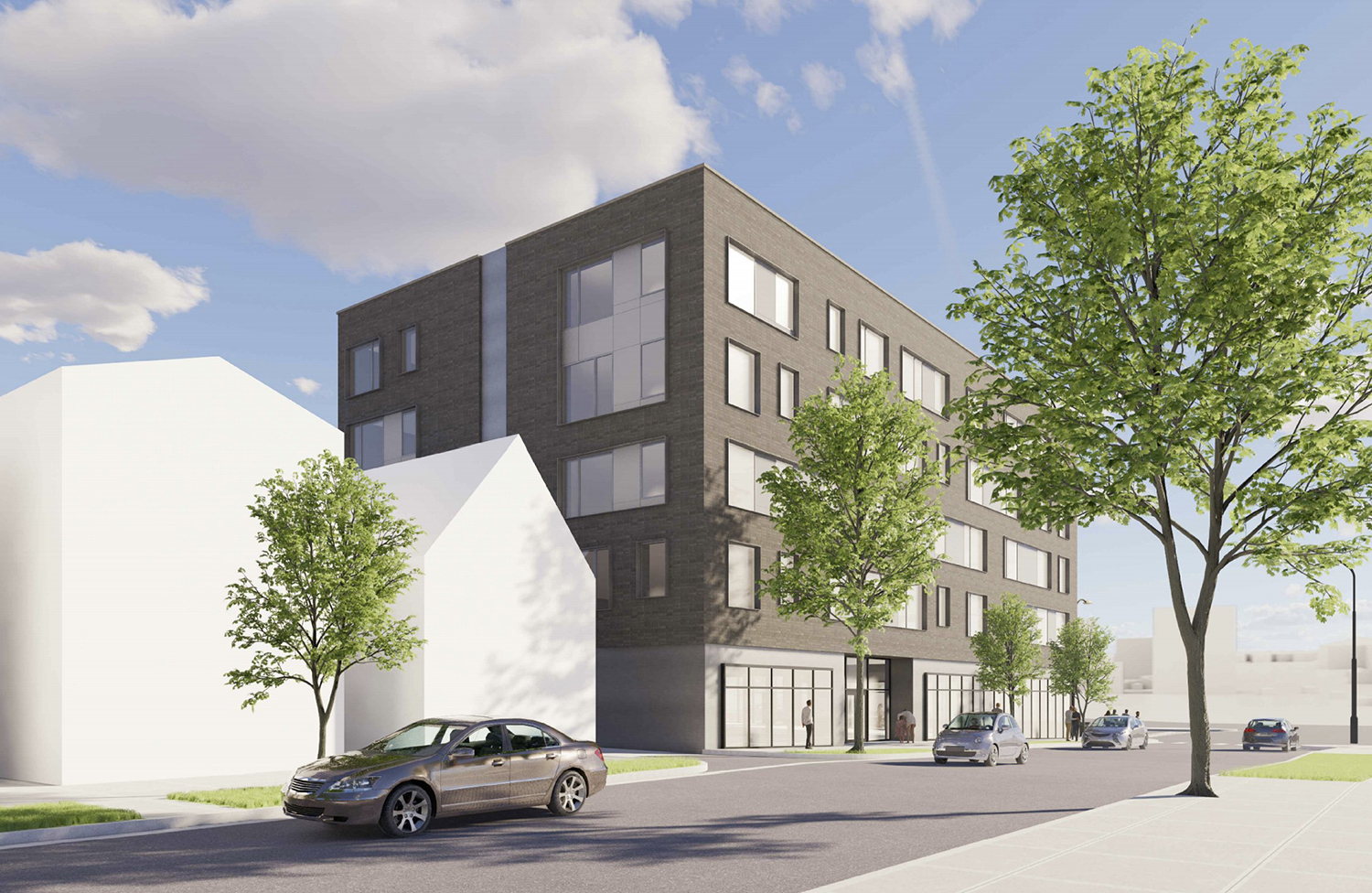 Designed by Hirsch MPG, the new construction will consist of a five-story mixed-use building. Rising 70 feet, it would hold approximately 7,000 square feet of ground-floor retail space with 54 rental units on the upper floors. The facade is a combination of brick masonry and metal panel with enlarged punched window openings. Nine vehicle parking spaces and 54 bike parking spaces are included in the development. 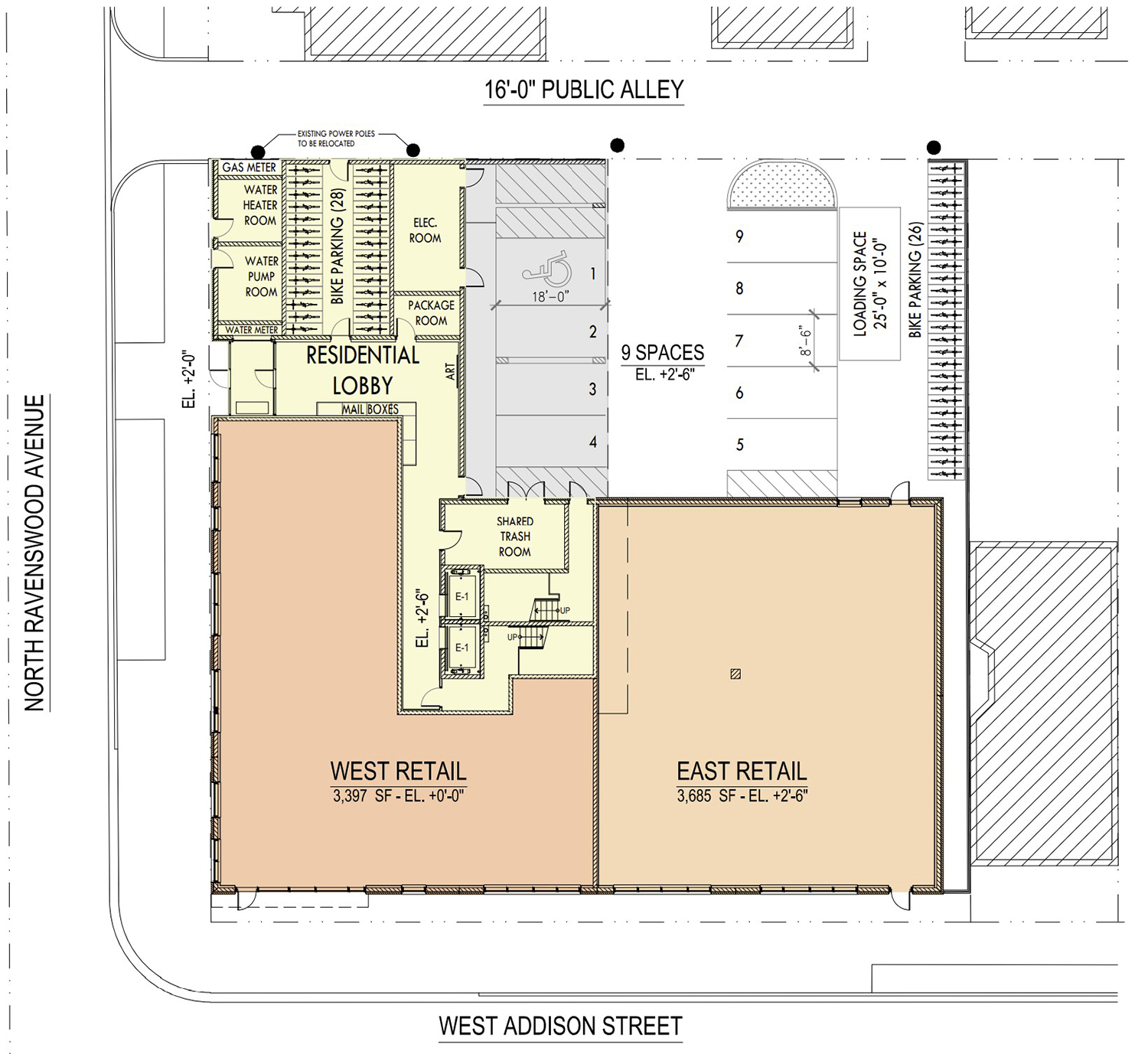 The unit mix is expected to consist of eight studios, 32 one-bedrooms, and 14 two-bedroom residences. Monthly rents for studios start at $1,700, for one-bedrooms at $2,200, and for two-bedrooms at $3,200. Five affordable units will be included on-site for this development. 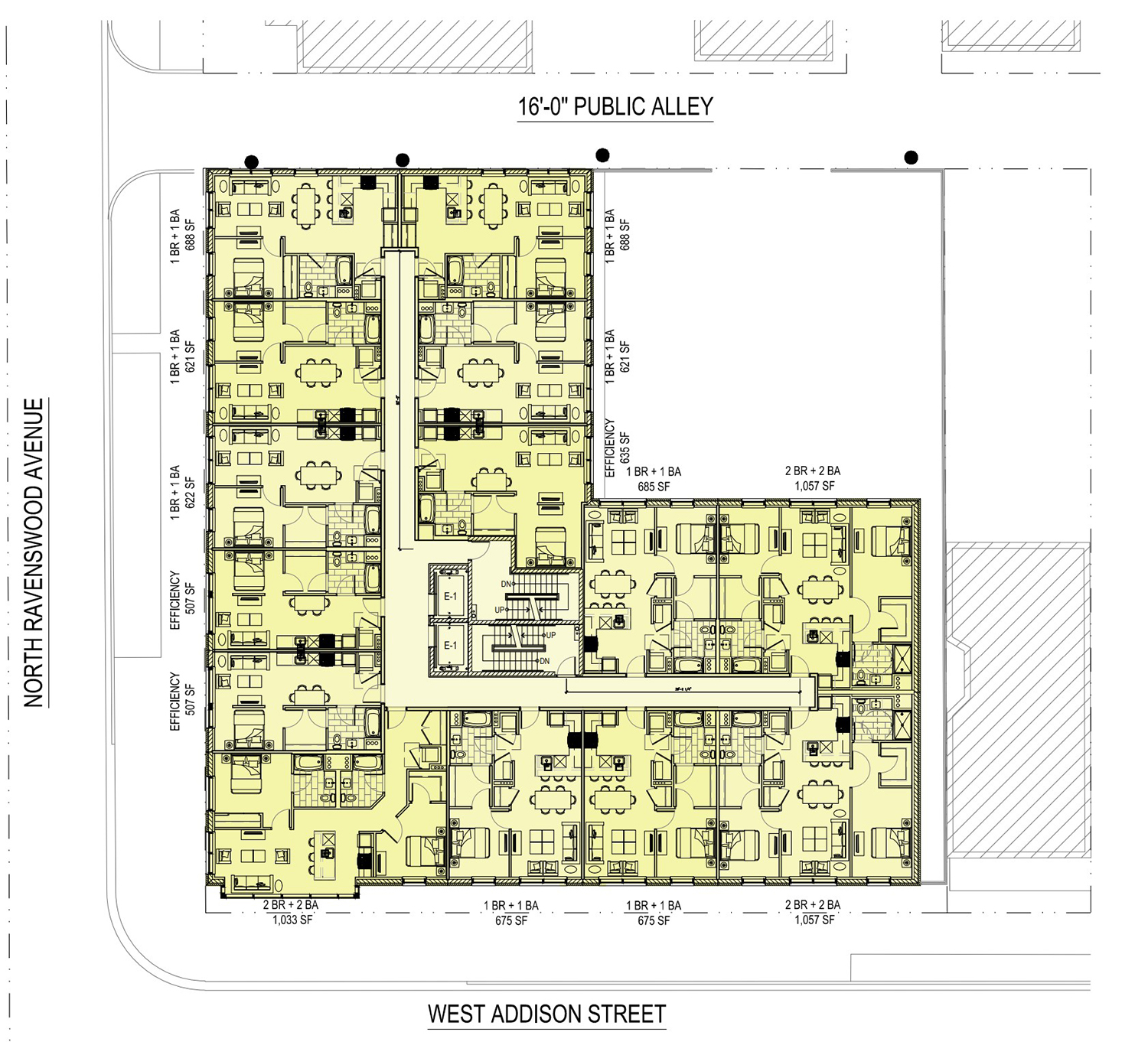 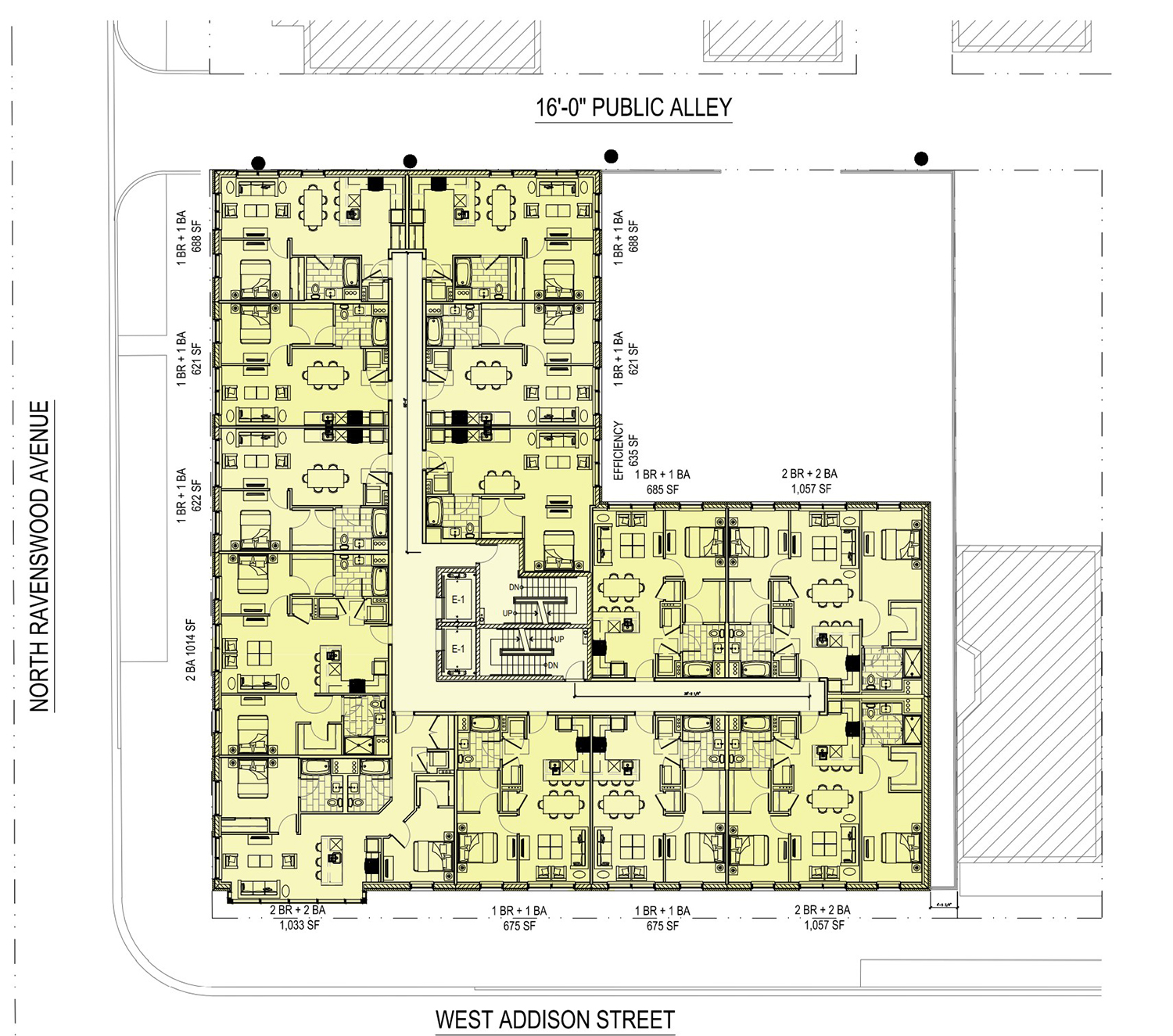 Currently the site is split in zoning with C1-2 and RS-3. The developer is seeking to rezone the parcels into a unified B3-3 designation to allow for the scale and scope of this proposal. The zoning change will require endorsement from the local alderman, the Zoning Committee, and the full Chicago City Council. Construction is expected to begin in spring 2022 and reach completion in spring 2023.