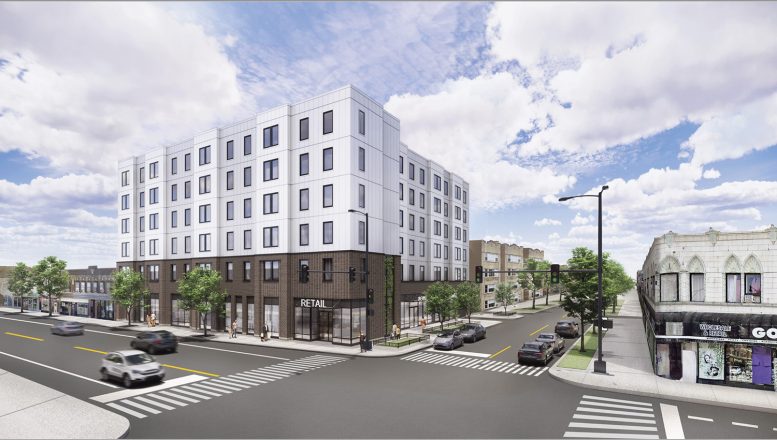 The Chicago City Council has approved $2.5 million in Tax Incremental Financing money for a mixed-use development located at 3557 W Lawrence Avenue in Albany Park. Located on the intersection of W Lawrence Avenue and N Central Park Avenue, the corner site is currently an unused vacant lot. Celadon Holdings is the developer behind the proposal. 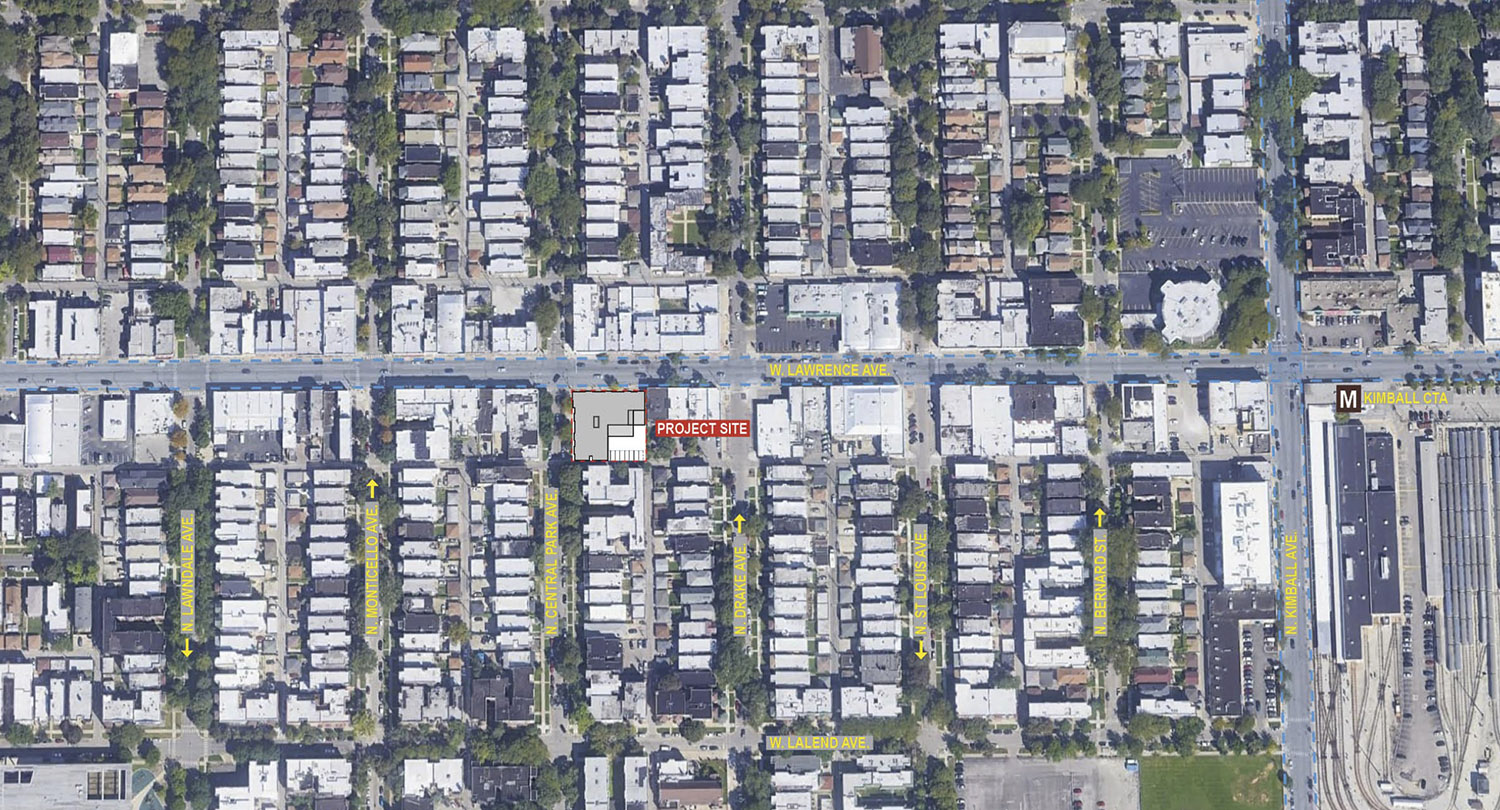 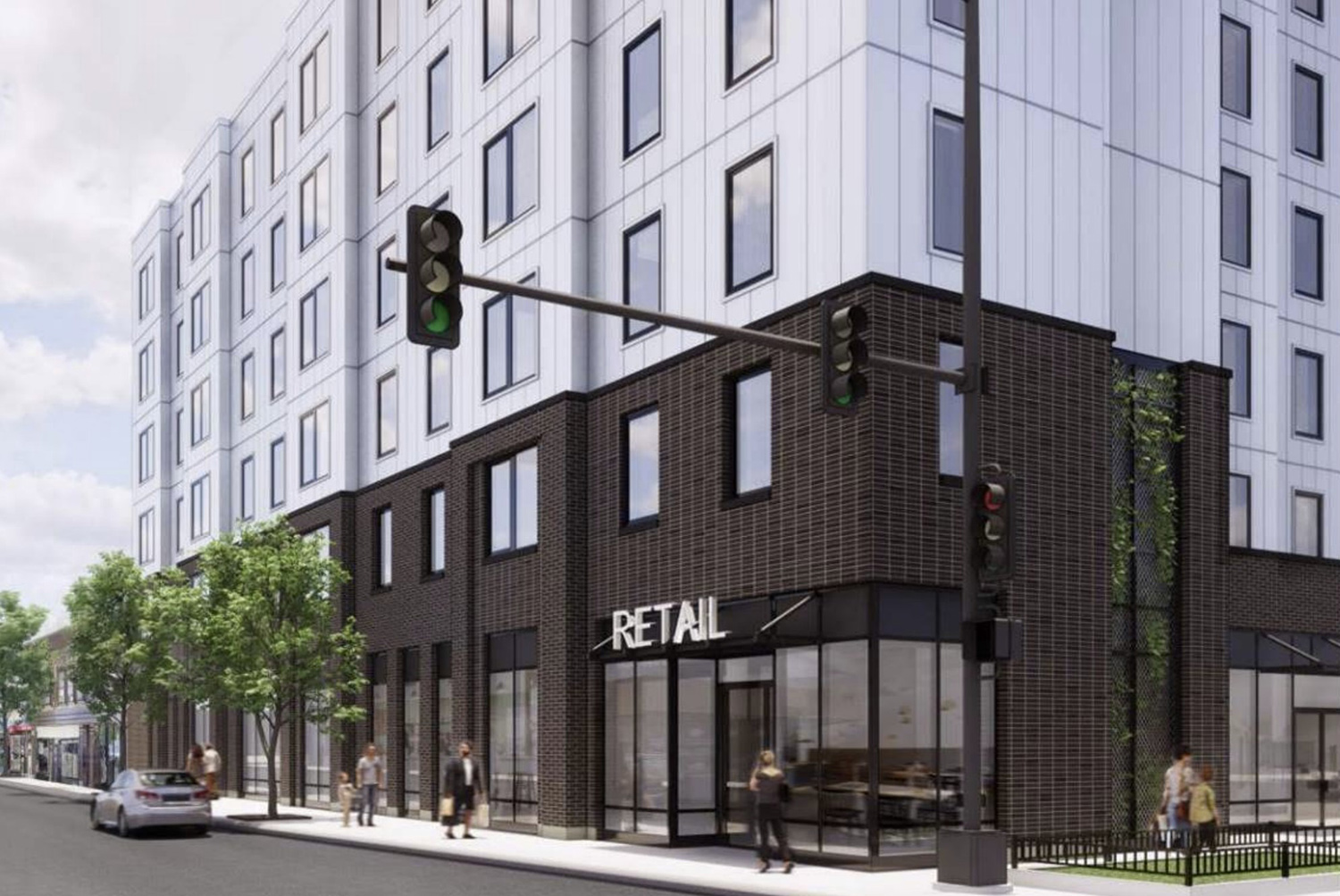 The building was originally planned to be a modular system built at Skender Construction’s modular factory and assembled on site. The modules would have been constructed to meet and exceed green energy standards and all accessibility requirements. After the closing of Skender’s modular division in September 2020, the developer pivoted and converted the design to use traditional construction methods. Clark Construction will be the new general contractor. 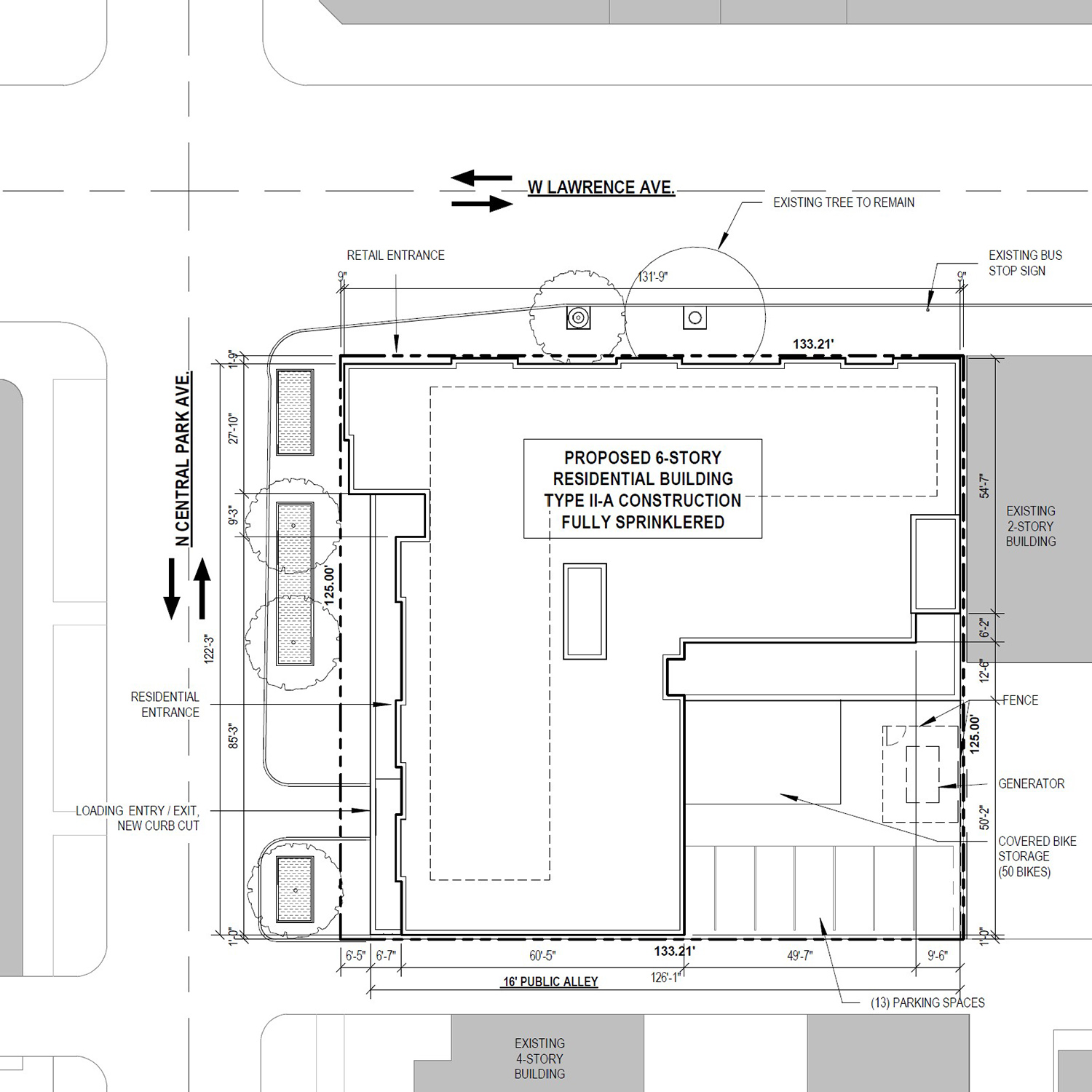 A zoning variance was approved in March 2021 that will allow for the reduction of the rear setback from the required 30 feet to just under five feet for floors containing dwelling units. The development has also sought a rezoning from B3-2 to B3-3, which was approved in October 2020. 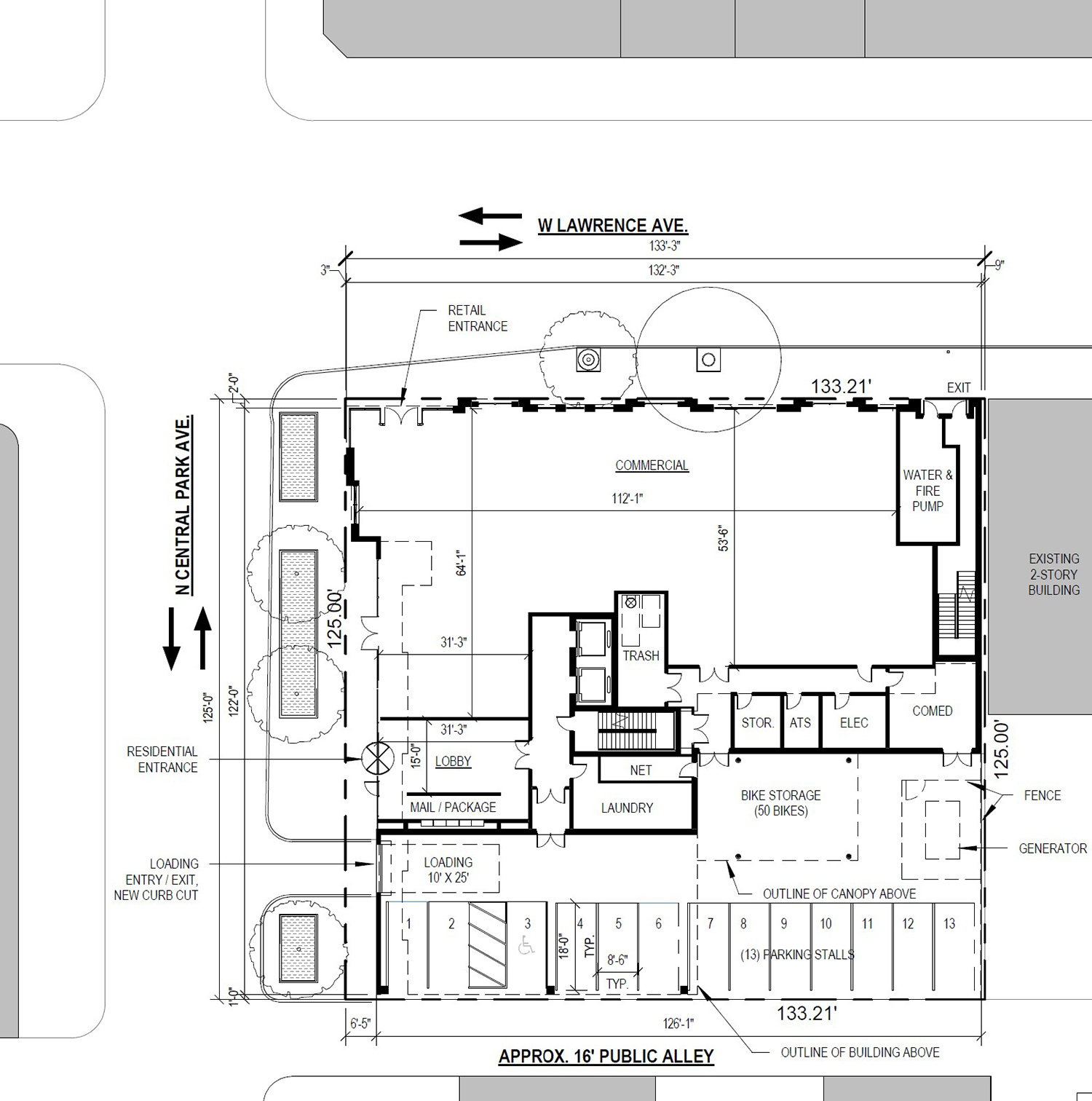 The 81 CTA bus route is accessible at the Lawrence and Central Park stop, directly adjacent to the site. The Kimball CTA L station, serviced by the Brown Line, is a five-minute walk away. 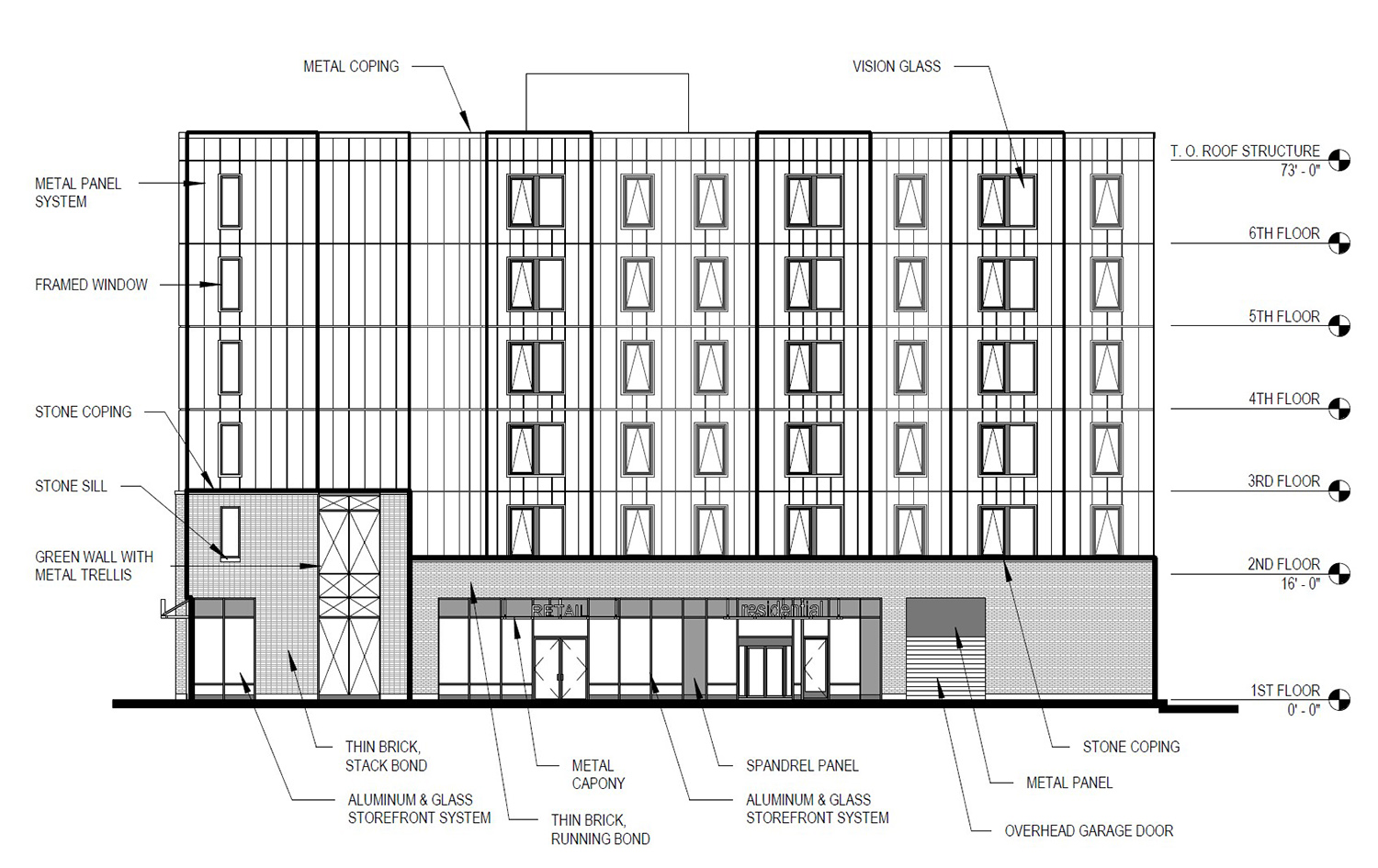 Be the first to comment on "City Council Approves $2.5 Million TIF Money for Mixed-Use Development at 3557 W Lawrence Avenue in Albany Park"