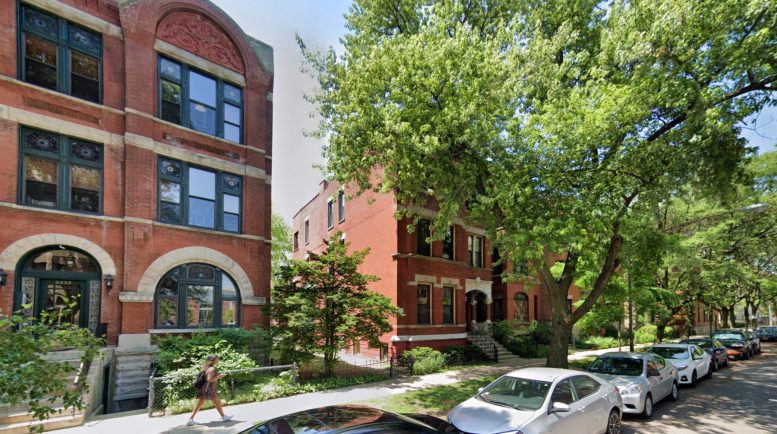 Construction permits have been issued for a three-story residential building situated at 2236 N Kenmore Avenue in Lincoln Park.

The entity behind the development is listed under 2236 N Kenmore LLC, whose plans comprise of five total units. Other features will include a private rooftop deck with a stair enclosure, a basement, a front balcony, and a detached five-car garage with a separate rooftop deck. The new structure will replace a three-story brick and limestone building, located on a relatively wider lot compared with the neighboring properties.

Christopher Boehm of 360 Design Studio is behind the design. While drawings or renderings could not be found, the filing description has indicated a masonry exterior.

Bus transit is available for Route 37 via a four-minute walk southeast to Webster & Bissell, while Route 74 is slightly further via a six-minute walk northeast to Fullerton & Sheffield. Just above this intersection is Fullerton station, with service for the Brown, Purple, and Red Lines.

The property lies just south of DePaul University, as well as a host of nearby green spaces like the 14.4-acre Oz Park just to the east. The major intersection of Fullerton, Halsted, & Lincoln is available via a nine-minute walk northeast, and offers an array of additional retail and dining.

With a reported construction price tag of over $1.8 million, the project is being built by Promised Land Development. Demolition permits for the existing structure have been filed but not yet issued. A completion timeline has not been revealed.