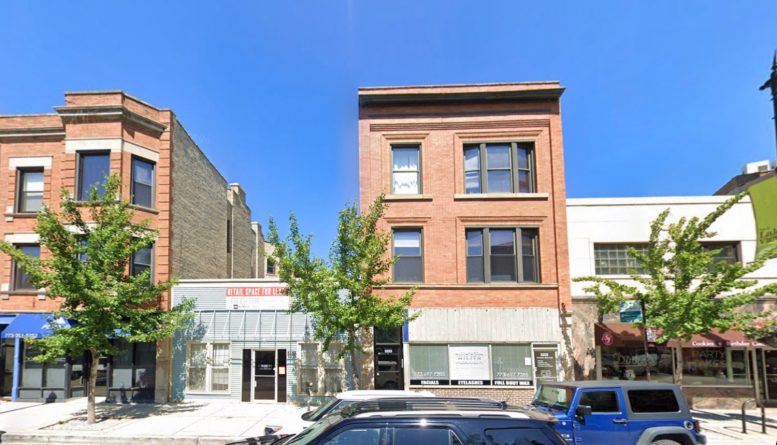 Zoning has been approved for a mixed-use development at 3333 N Lincoln Avenue by the western edge of Lake View. The project is planned by Sal Sutton of the applicant organization Chicago 3333 Lincoln, LLC.

The uniquely-shaped through lot is bound N Lincoln Avenue at the west edge, and extends to N Marshfield Avenue at its east edge. Currently, the parcel is occupied by a single-story and three-story pair of buildings on the Lincoln Avenue side, while the Marshfield Avenue side is vacant. Most current plans call for the renovation of the existing three-story building, while replacing the single-story structure and vacant lot with a connected pair of three- and four-story additions. Ultimately, the combined renovation and construction will yield a mix of ground-level retail and eight total units.

The developer had received prior approval to convert the zoning designation from B1-2 to B1-3, increased the allowed density while reducing the number of required parking spaces to zero. Under the most recently passed variation, the Marshfield Avenue-facing side had the required setback reduced from 30 feet to less than a foot, thereby allowing for the development to proceed as planned. 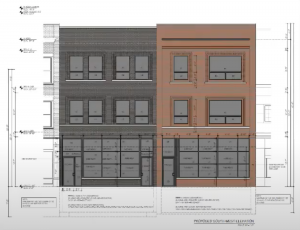 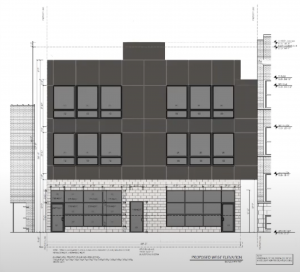 Hemal Purohit of Purohit Architects is behind the design. Preliminary drawings show a dark-gray brick facade enclosing the Lincoln Avenue-facing addition, while the Marshfield Avenue elevation involves a more contemporary dark gray paneling and light-brick base. This portion will also house a rooftop stair enclosure and terrace space. 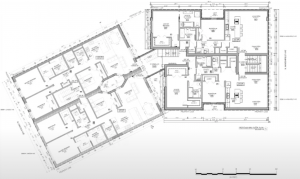 Despite there being no plans for parking, the transit-oriented development will reside near various bus and rail options. North and southbound bus stops for Route 9 can be found at the intersection of Ashland & Roscoe, a four-minute walk northeast. A four-minute walk to the southeast at Belmont & Lincoln/Ashland is additional service for Route 9, as well as for Routes X9 and 77. Lastly, stops for Route 152 are available within a seven-minute walk northwest to Addison & Lincoln. For the CTA L, the Brown Line at Paulina station lies within a two-minute walk to the northwest.

The development site lies along the dense commercial corridor of Lincoln Avenue, with a host of retail and dining options running northwest and southeast. Those looking for larger green spaces in the area will find Hamlin Park via a 16-minute walk southwest.

Currently, a construction permit has been filed but not yet issued. However, the plans outlined in this permit differ from the ones approved by the Zoning Board of Appeals. It is likely that the developer will amend the currently processing permit or file a new one altogether. As far as timing, no anticipated completion dates or construction timelines have yet been announced.