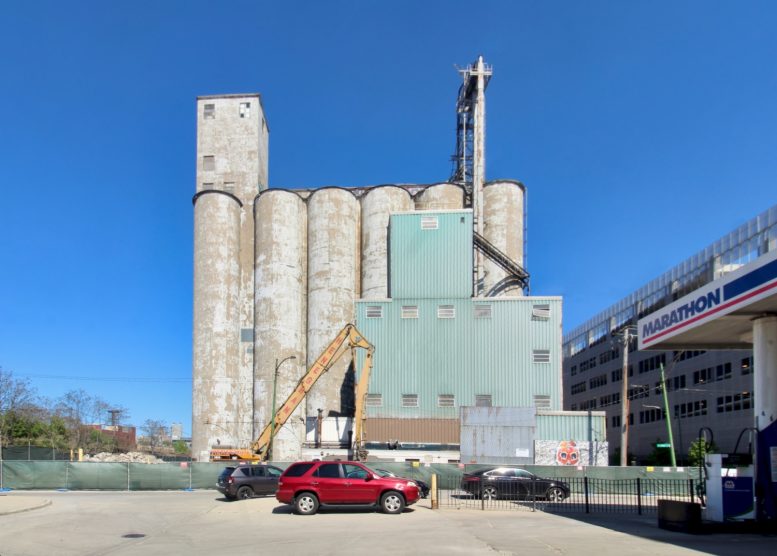 Demolition is around halfway complete for the six-story ADM Wheat Mill at 1300 W Carroll Avenue in West Loop. Sterling Bay had bought the property for $25 million in 2018 once the previous owner, ADM Milling Co, decided to move its production facility to Mendota. 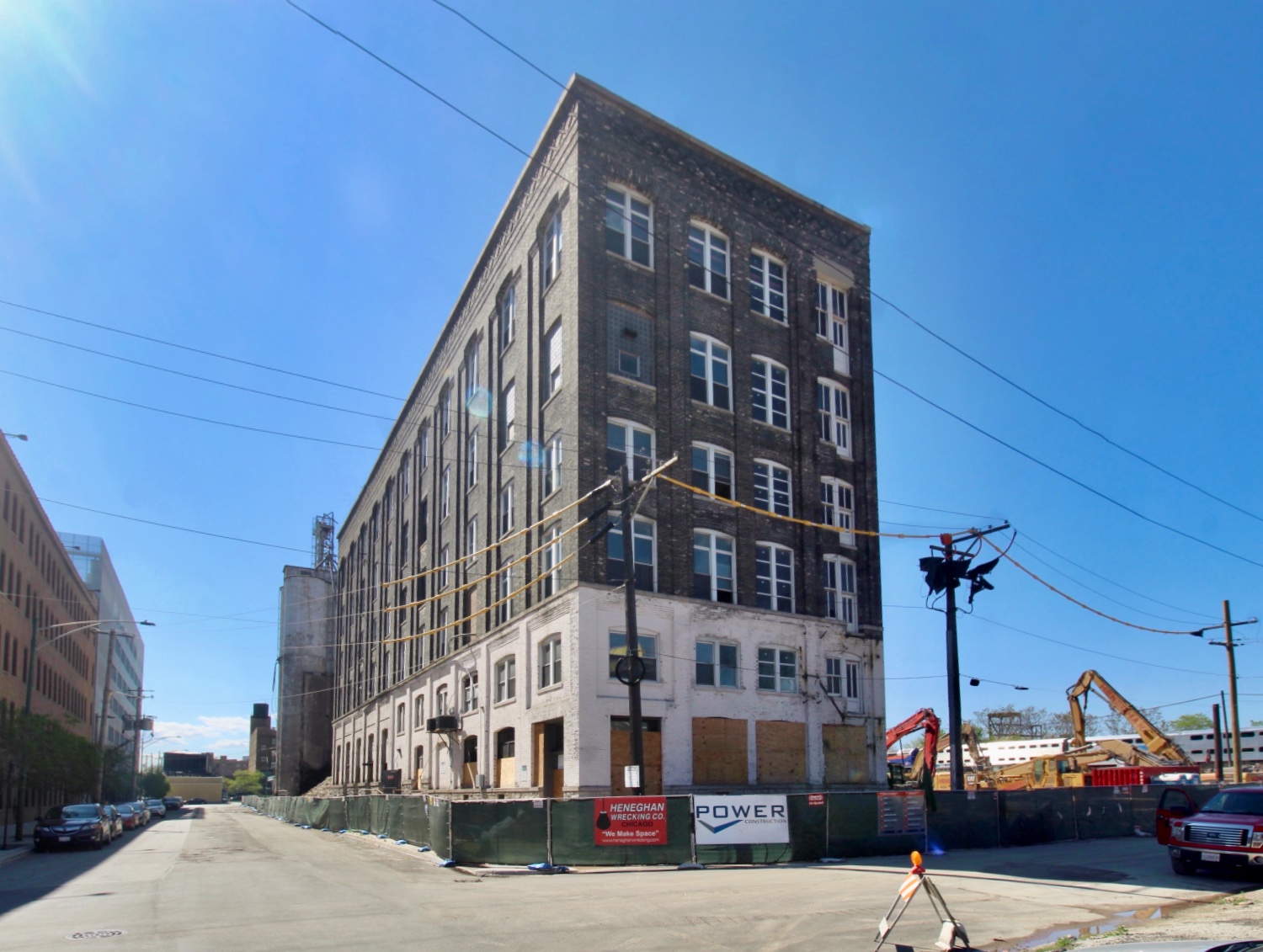 Currently, it is unclear what the developer has planned to replace the 124-year-old structure, though some conceptual plans have floated to the surface in recent years. In 2018 Curbed Chicago reported a potential Metra station along the adjacent rail line, though these plans appear to have been shelved. 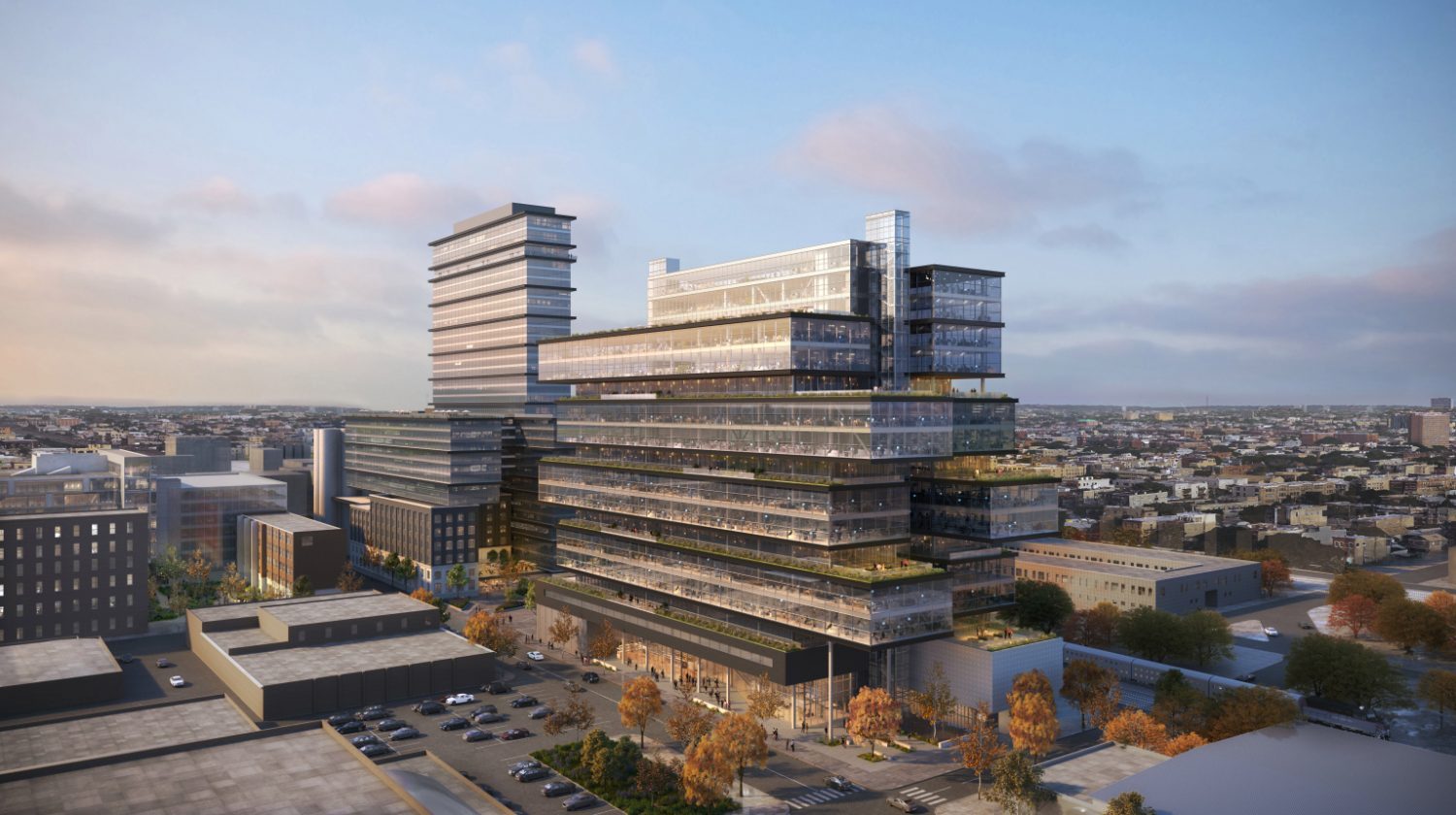 A more likely clue comes from an adjacent project at 1200 W Carroll Avenue. At 14 stories, the recently approved neighboring development will house roughly 485,000 square feet of office space and stand 227 feet high. Architectural renderings of 1200 W Carroll Avenue depict an even taller edifice on the 1300 W Carroll site in the background. This rendering was likely an outdated plan or purely conceptual exercise, given that the rendering shows the preservation of a portion of the mill. However, it nonetheless illustrates the potential scope and scale of any new replacement. 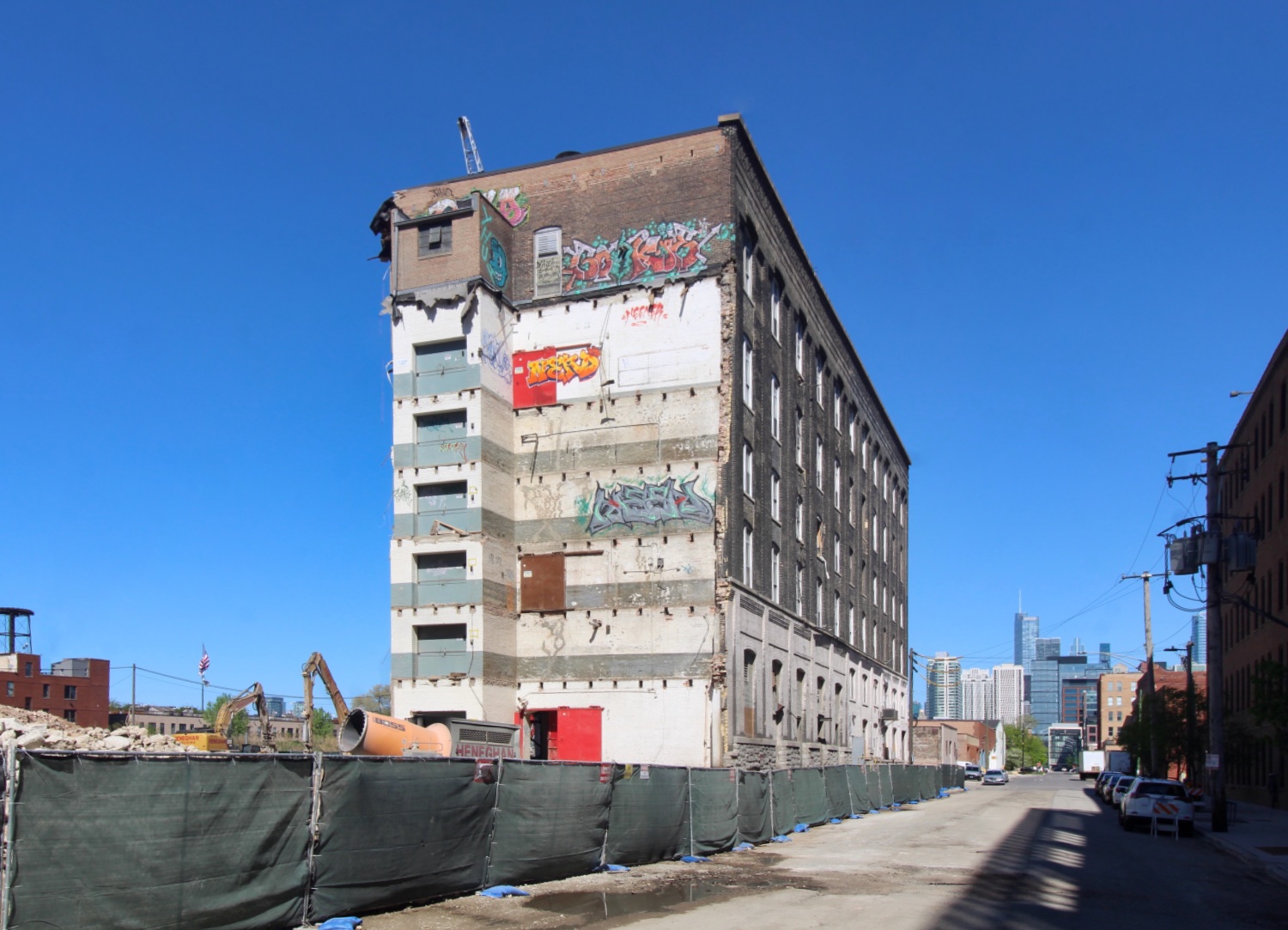 The property lies just east of the N Ogden Avenue corridor, which has seen other large developments in recent years, such as the newly completed West End on Fulton and the 1400 W Randolph Street, currently under construction. Any future residents, tenants, or visitors will find nearby bus access for Route 65 via a seven-minute walk northeast to Grand & Ogden. Additional service for Route 9 is available via a nine-minute walk west to Ashland & Carroll. Lastly, stops for Route 20 are located via a 10-minute walk south to the Madison & Throop and Madison & Racine intersections. 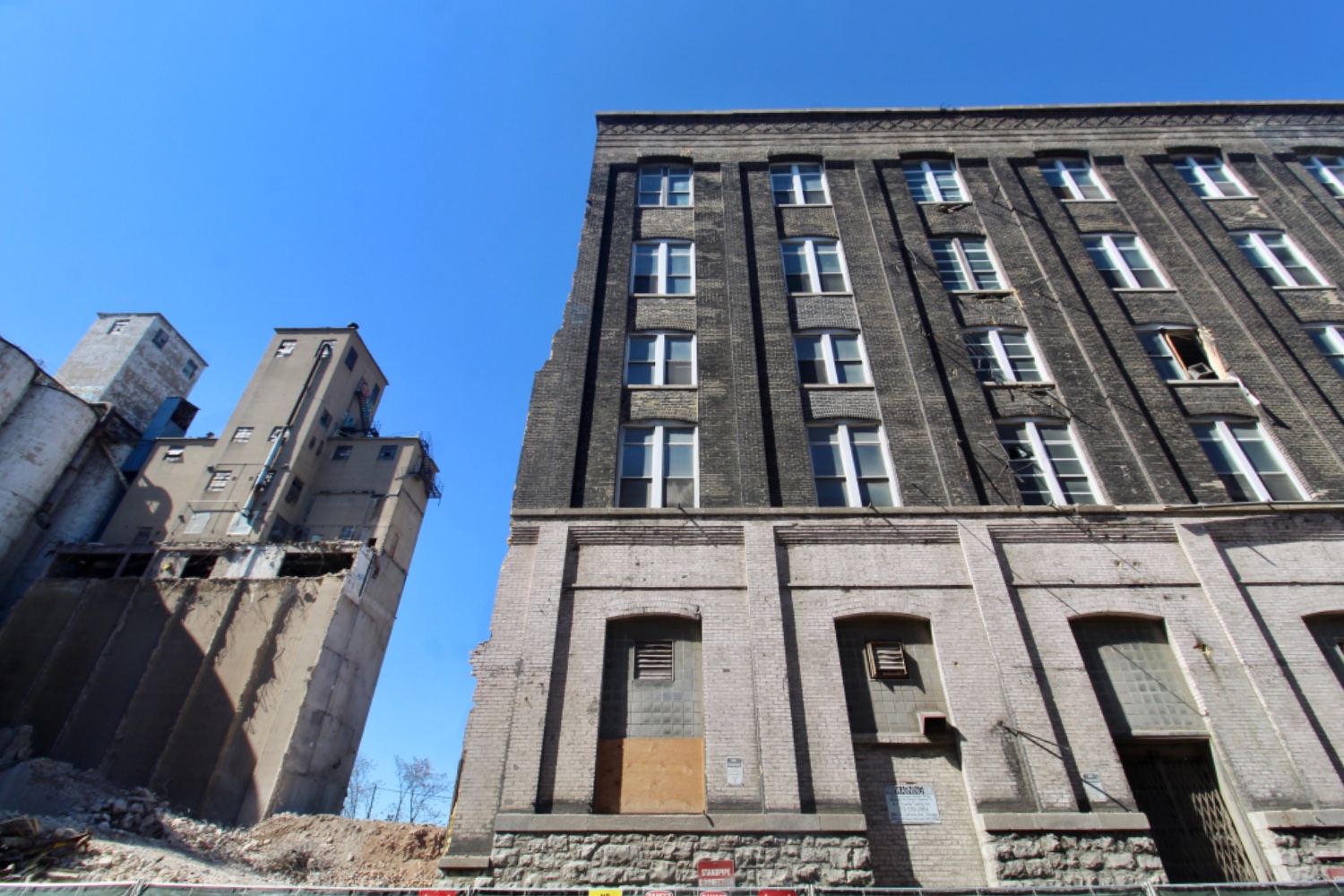 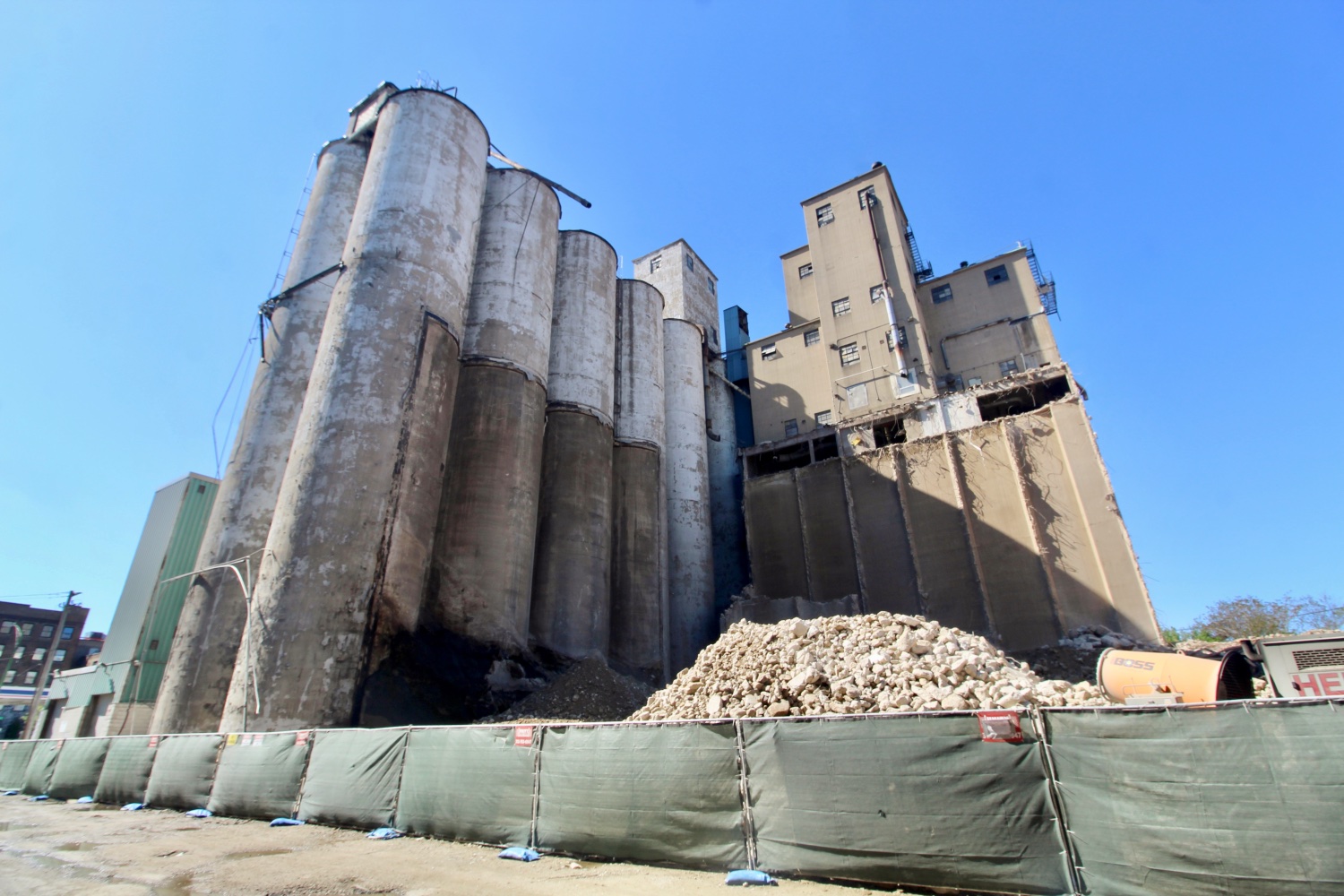 Heneghan Wrecking & Excavating is the demolition contractor for the mill. Power Construction is also shown on the surrounding fencing, though the February demolition had not mentioned the exact role of the company. No additional permits have yet been filed or issued for the former mill, though further details may be released in the next couple years as plans progress for the adjacent 1200 W Carroll Avenue.