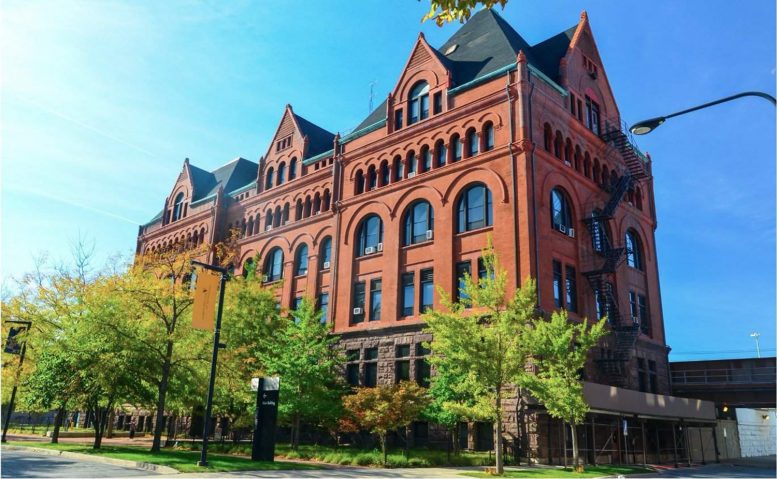 The Permit Review Committee, a subcommittee of the Commission on Chicago Landmarks, has approved the redevelopment of the Armour Institute Building in Bronzeville. Located at 3300 S Federal Street, the structure is on the edge of the Illinois Institute of Technology campus next to the Metra tracks along W 33rd Street. MCM Company and Washington Park Development Group are the developers behind the project. 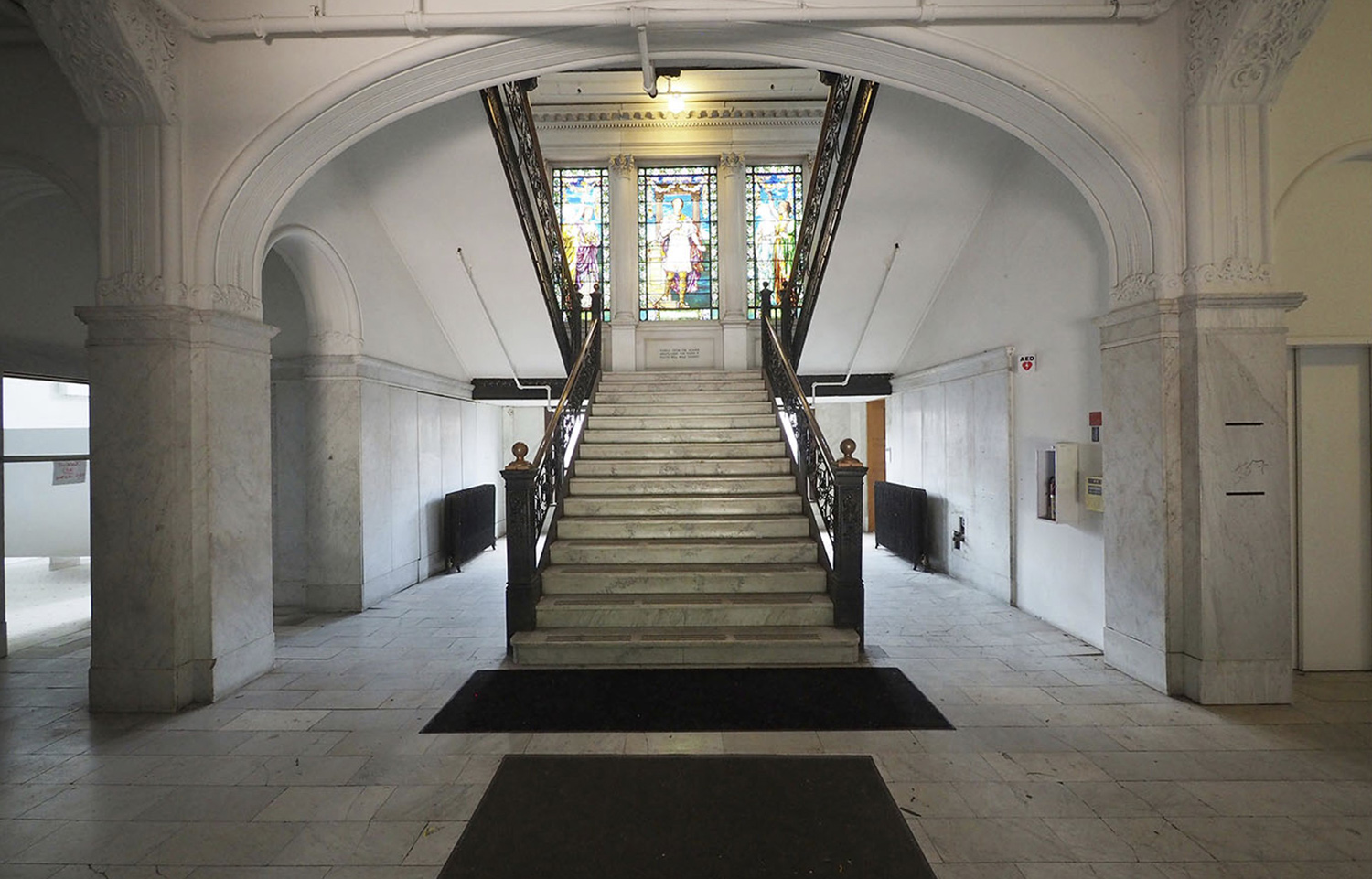 Built in 1893 as the main building for the Armour Institute, the predecessor to the Illinois Institute of Technology, the historic masonry structure was designed in the Romanesque Revival style by Patton & Fisher. The property was designated as a Chicago landmark in 2004 and put on the National Register of Historic Places in 2005. Significant features include the exterior brick facade, all rooflines, and the Philip Armour memorial stained glass window. 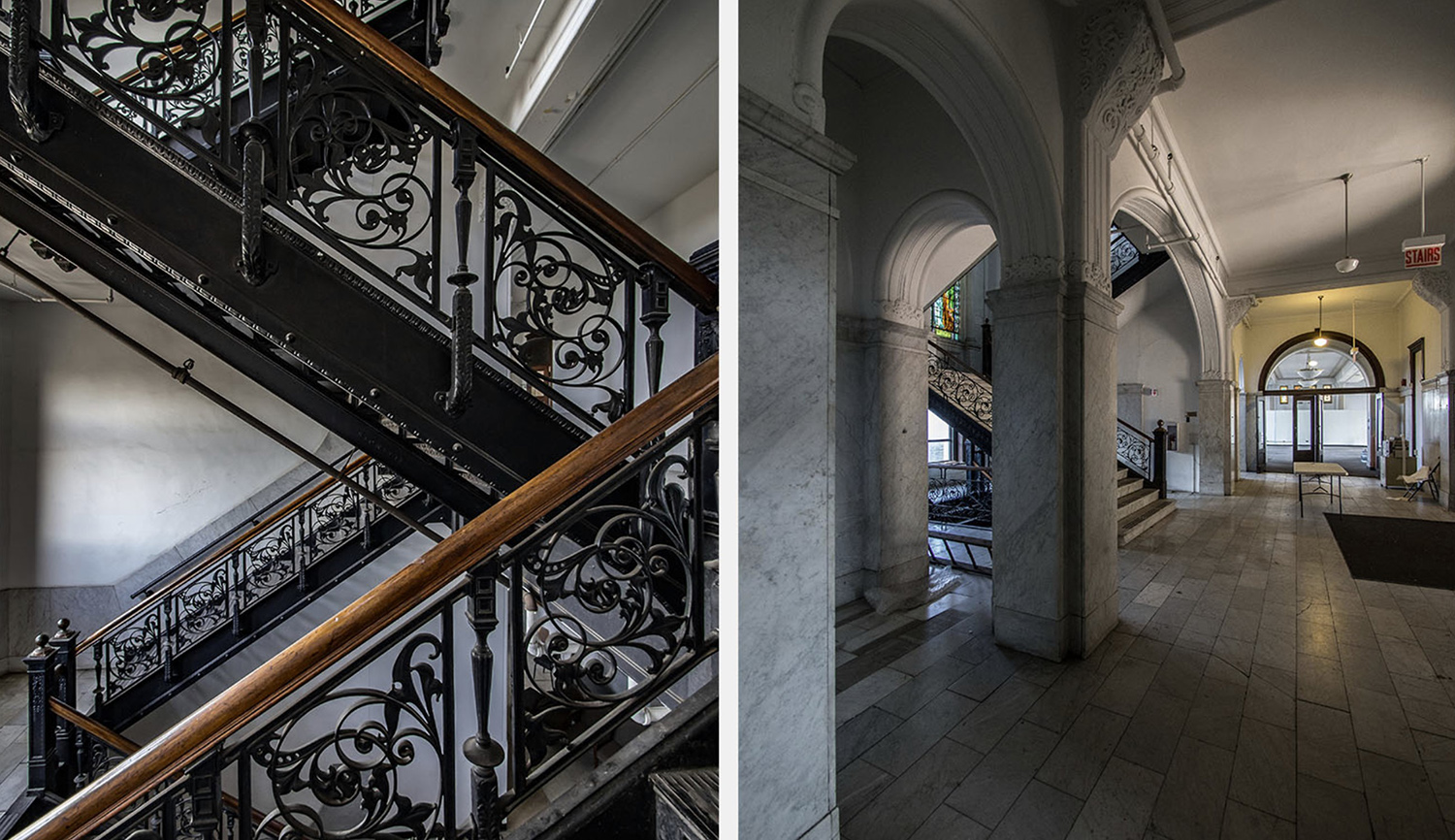 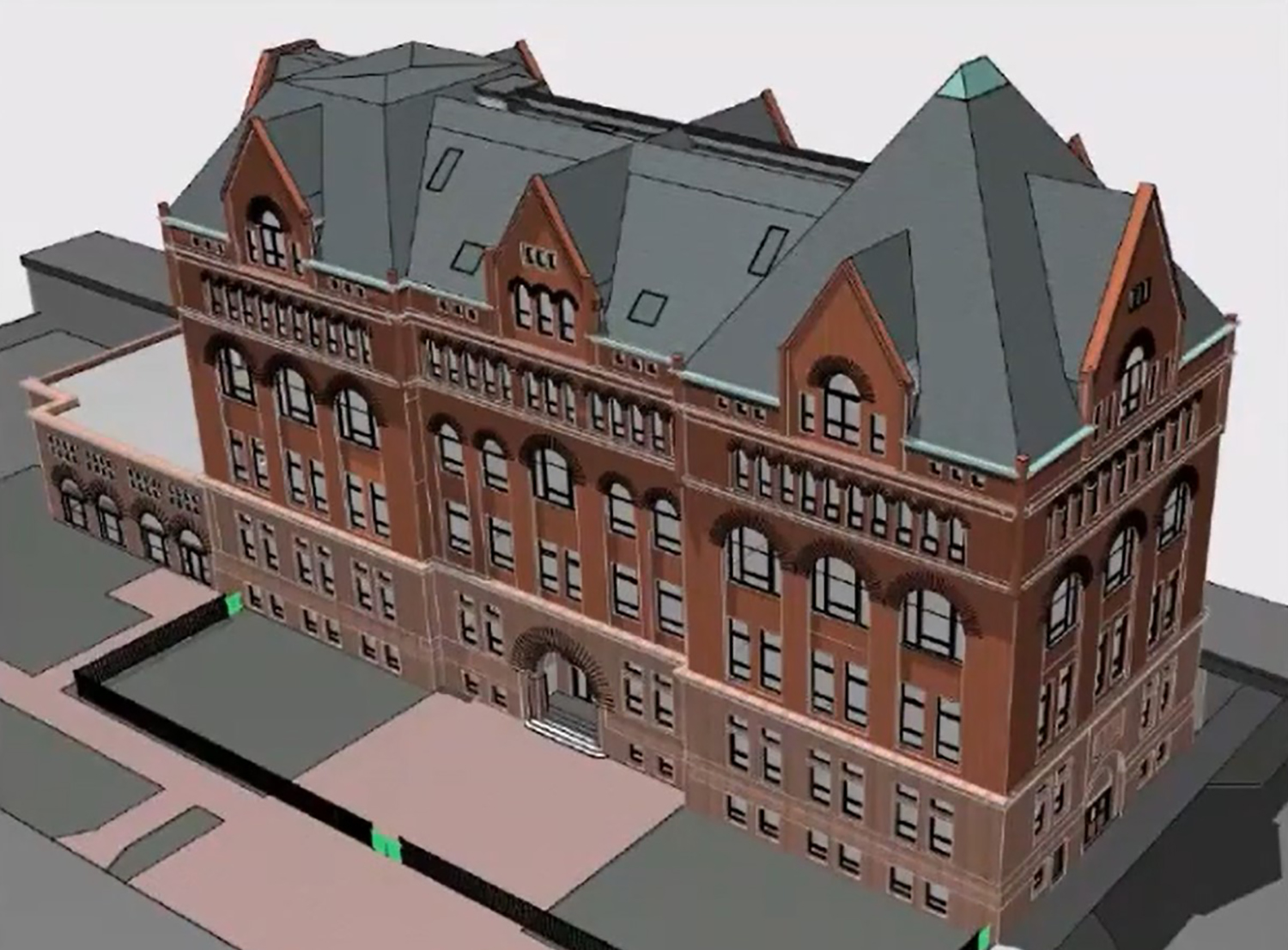 The conversion will feature amenities including a fitness center, community rooms, bicycle storage, and a new rooftop deck. An existing boiler structure along the south side of the building will be rebuilt with alterations to provide additional dwellings and common area uses. Work will include renovation and life safety improvements throughout the building, including the addition of a new enclosed stair from basement to roof. 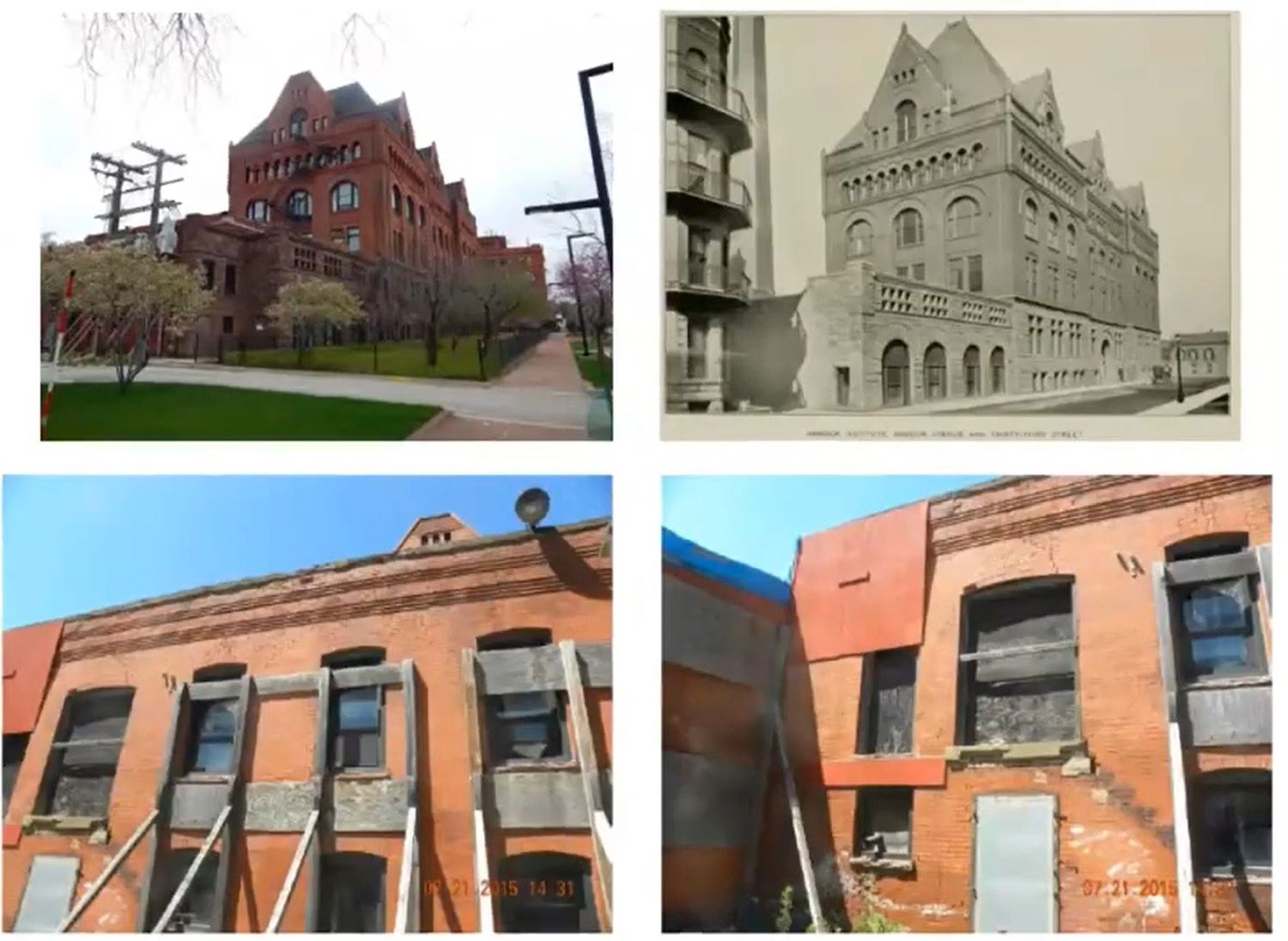 Exterior work will include the removal of two fire escapes from the north and south facades and the repair or replacement of masonry walls of face brick, terra cotta, and sandstone. Existing wood double hung windows will also be repaired and replaced as needed, while new skylights will be added to the roof. 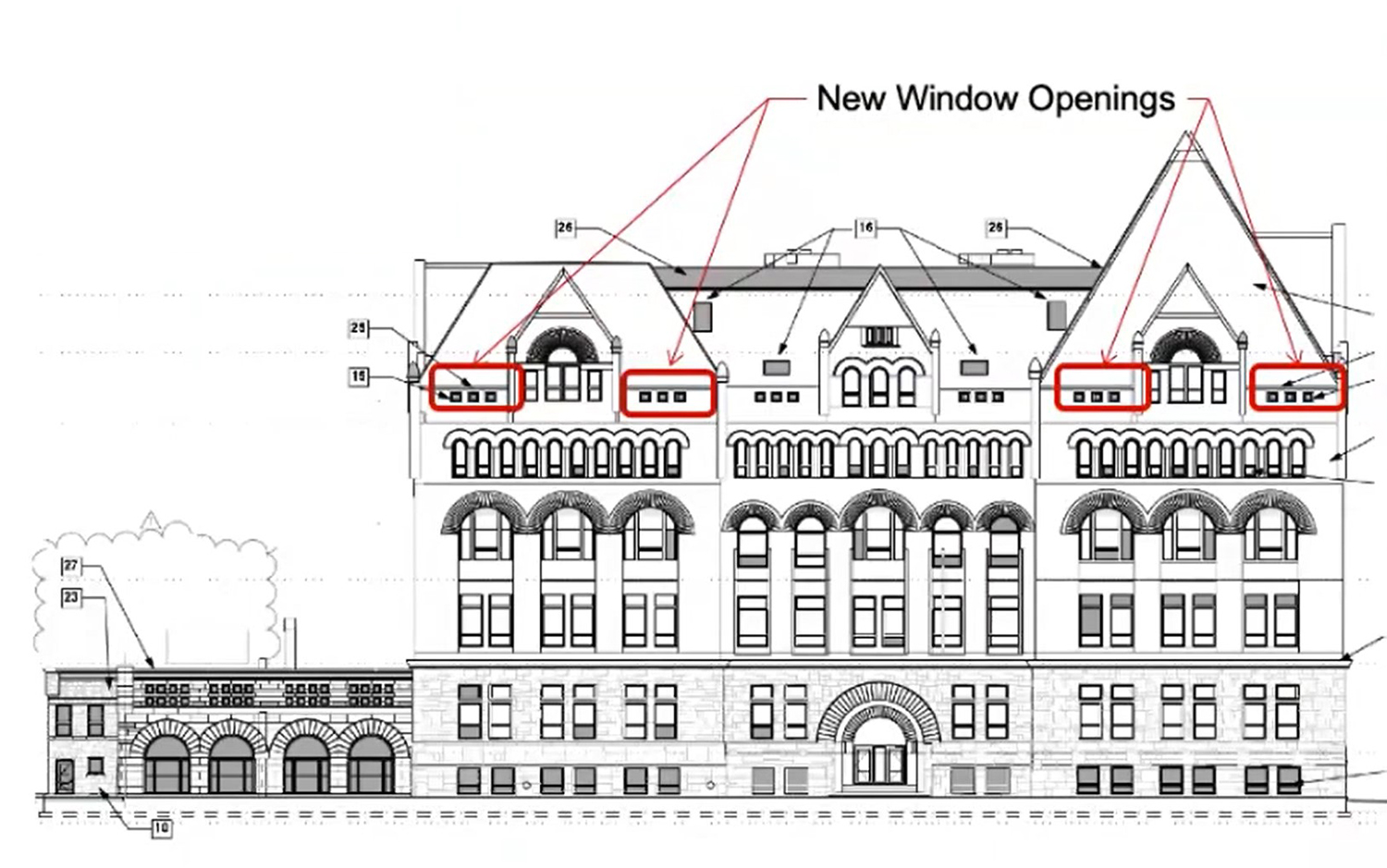 The project was originally approved in 2016, with that approval valid for two years. Since the development did not move forward by the cutoff, the developers were required to receive approval again from the committee.

The building was purchased from Illinois Institute of Technology in 2017 and a ground lease for the land was negotiated after the school stopped using it in 2007. The approximately $27 million project will be partially funded by $4.5 million in historic tax credits as well as through the $5.5 million in tax increment financing money approved by the Community Development Commission. Construction is expected to begin spring 2021.