The Chicago City Council has fully approved a mixed-use development for Westhaven Park Phase IID in Near West Side. Located at 1959 W Lake Street, the project site fronts N Damen Avenue spanning from W Lake Street to W Maypole Avenue. The property is located adjacent to the CTA Green Line tracks where a new Damen station is expected. Brinshore Development and The Michaels Organization are the developers behind the proposal. 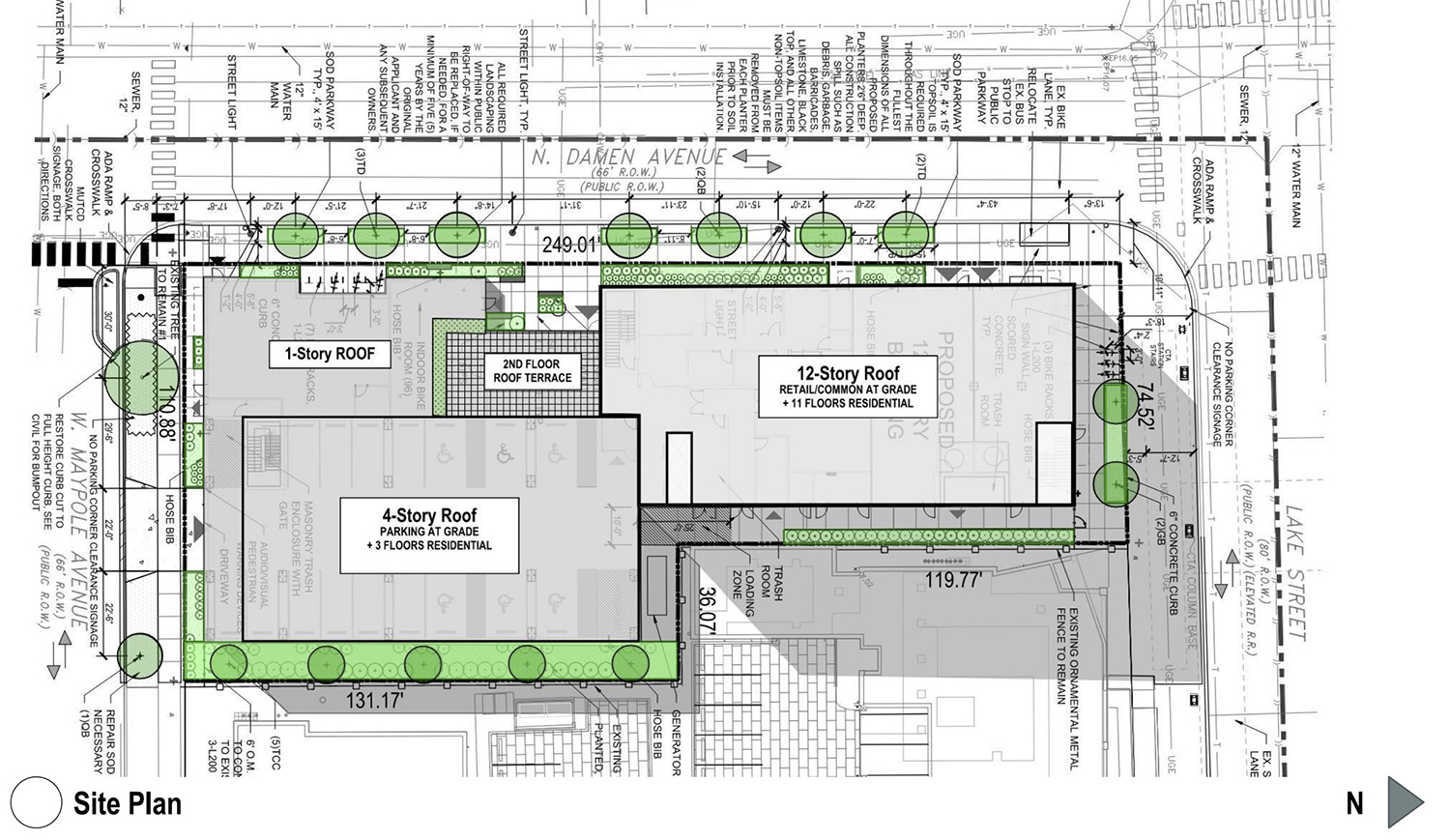 Designed by Landon Bone Baker Architects, the new construction will be a 12-story, mixed-use development. Rising 136 feet, the building will hold three ground-floor retail spaces, with residential space on the upper floors. Totaling 96 units, the mixed-income project will feature 63 affordable units and 33 market-rate apartments. Units will be a mix of one- and two-bedroom residences. In addition to 106 bicycle parking spaces, 16 vehicle parking spaces will be provided. 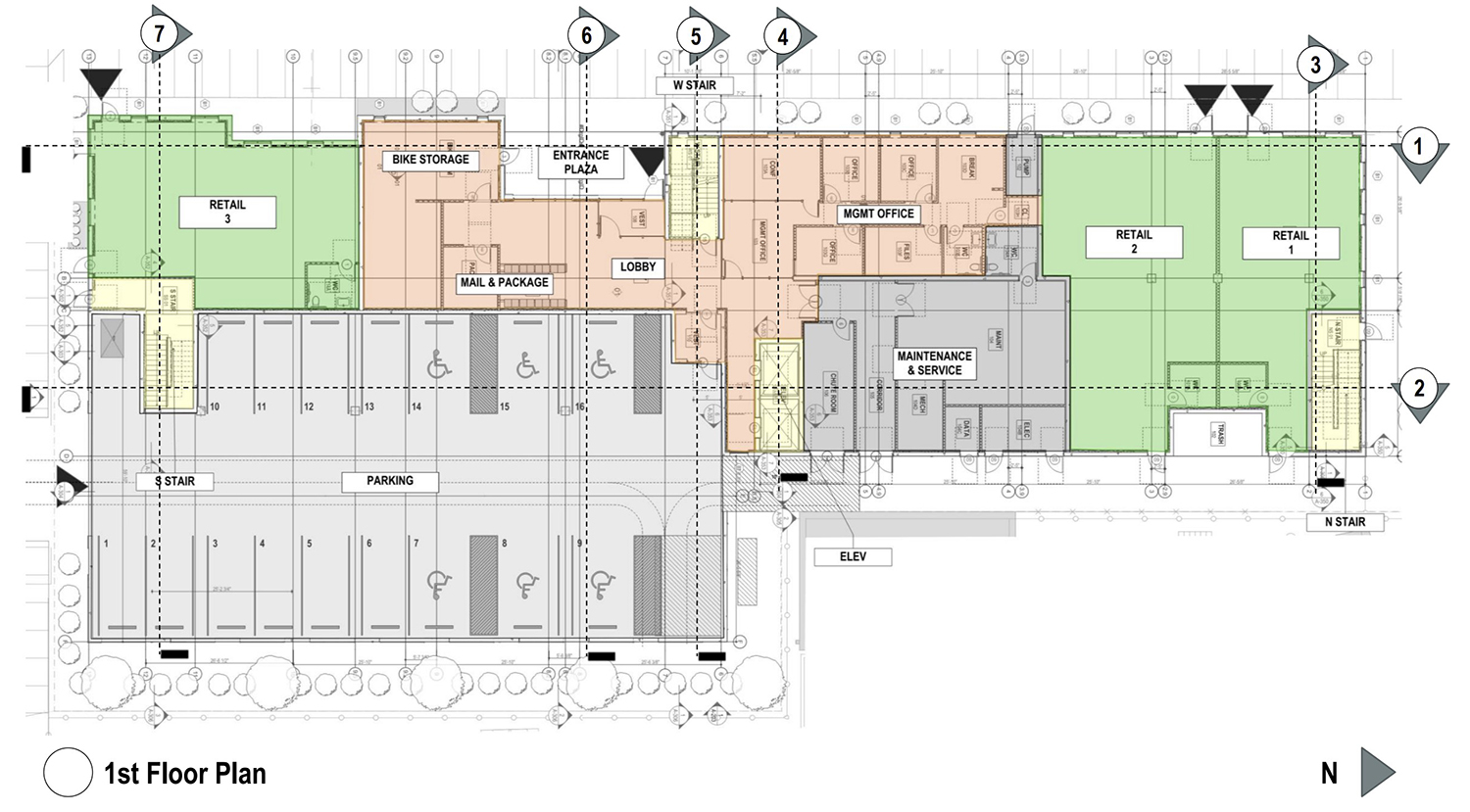 The design began with a full rectangular massing that was then shifted. The height of the southern portion of the building was decreased to match the nearby townhomes and the northern section was in turn increased in height. The varying massing and separate components were provided to alter the roof line and create architectural interest. Active, accessible retail uses are located on the ground floor to activate the street and pedestrian experience. Two retail spaces will be located on the northern end near W Lake Street and the final space will be at the southern end, totaling approximately 4,000 square feet.

The entire structure will be set back from the lot line to allow for wider sidewalks and landscaping along the building. Breaking down the scale by the sidewalk and the southern end, the four-story portion on the southern end is pushed back from the street with a one-level section providing a second level roof terrace. Parking will be located under the four-story portion, while the residential entrance will be at the middle of the building. 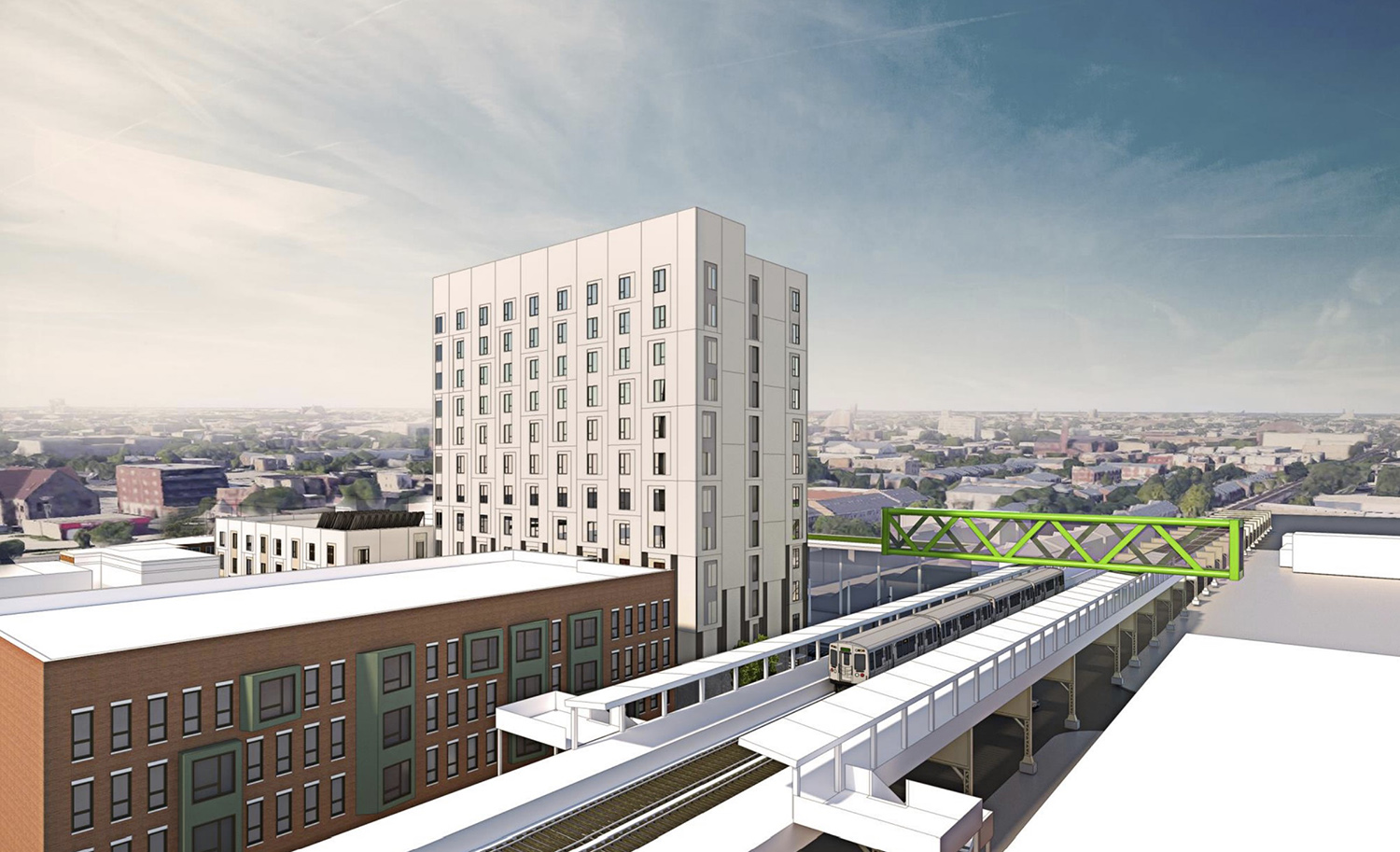 Built out of precast concrete panels, the facade will be strong, durable, and versatile, allowing for the use of color and texture. Creating a dynamic facade, the panels are energy efficient, provide ease of construction, and provide acoustic dampening benefits. 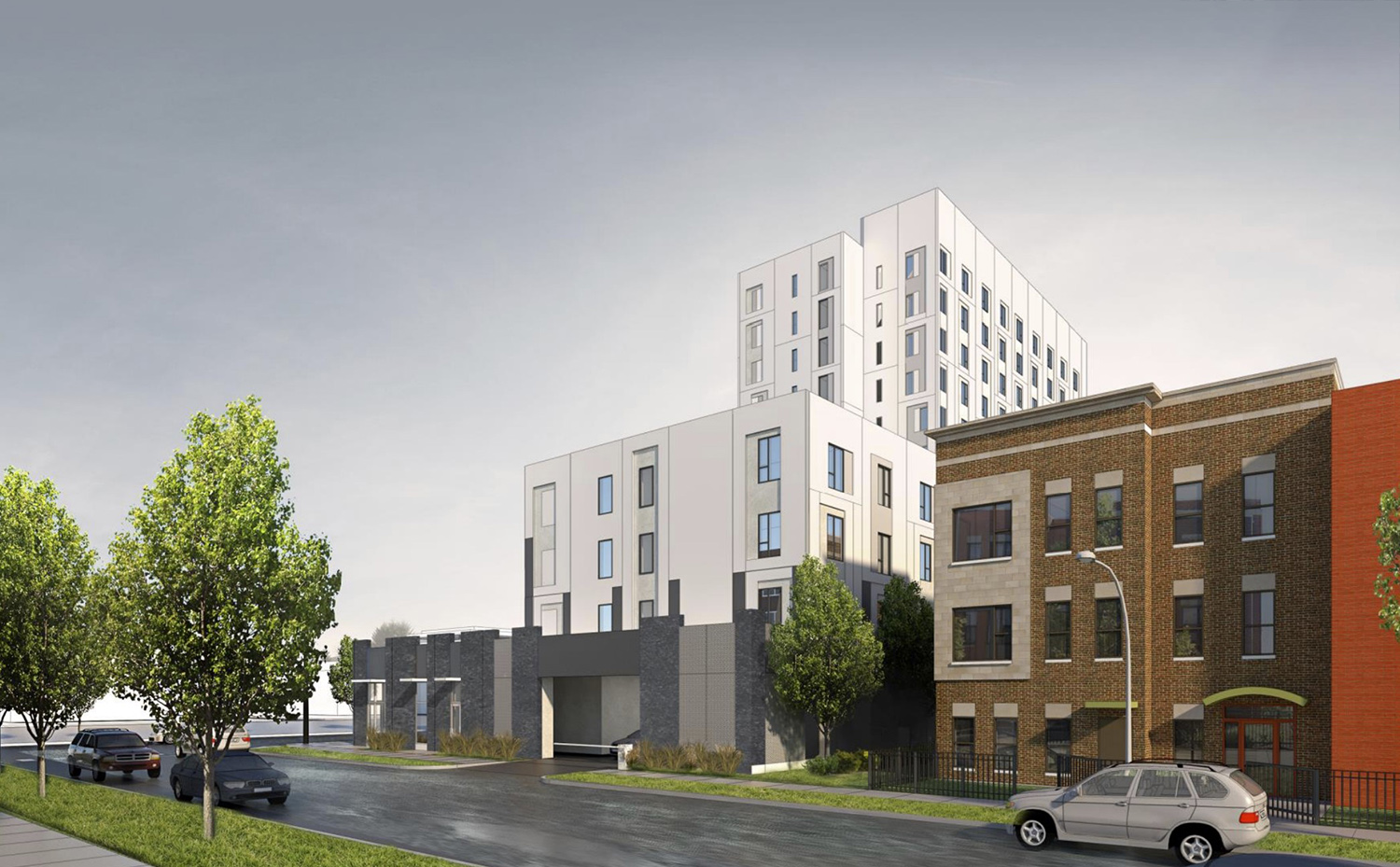 A proposed zoning change to rezone the underlying site to B2-5 was recently approved, with the parcel ultimately being zoned under the newly amended Planned Development. The $41.2 million project will be funded in part by a $10 million Tax Increment Financing payment approved by the Community Development Commission in March 2021. The Chicago Plan Commission also approved the development in March. A timeline for construction has not been announced.