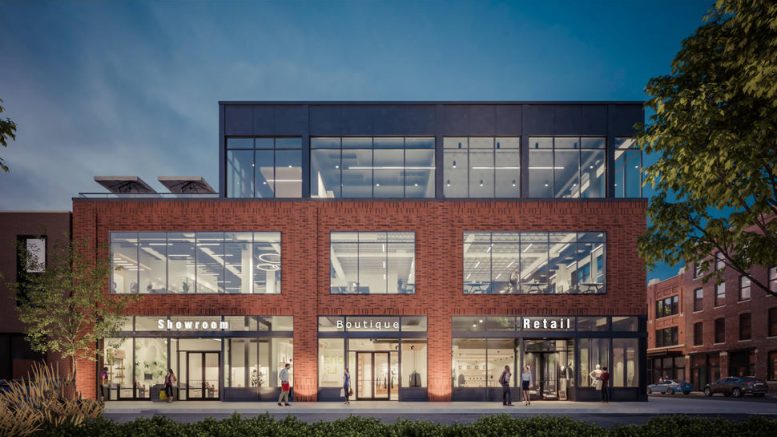 Construction is making headway for the redevelopment of a former bank and parking lot, located at 932 W Randolph Street in West Loop. 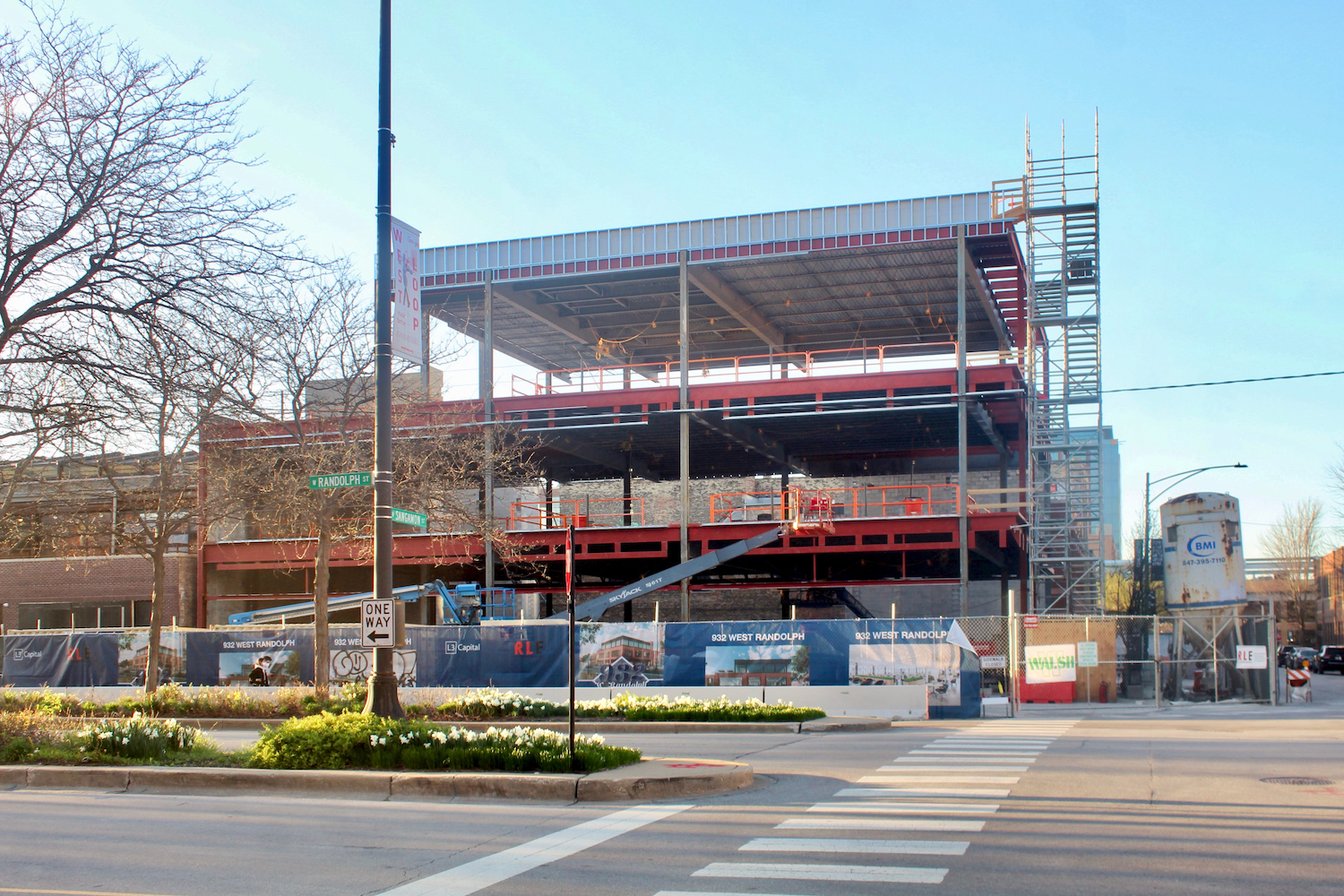 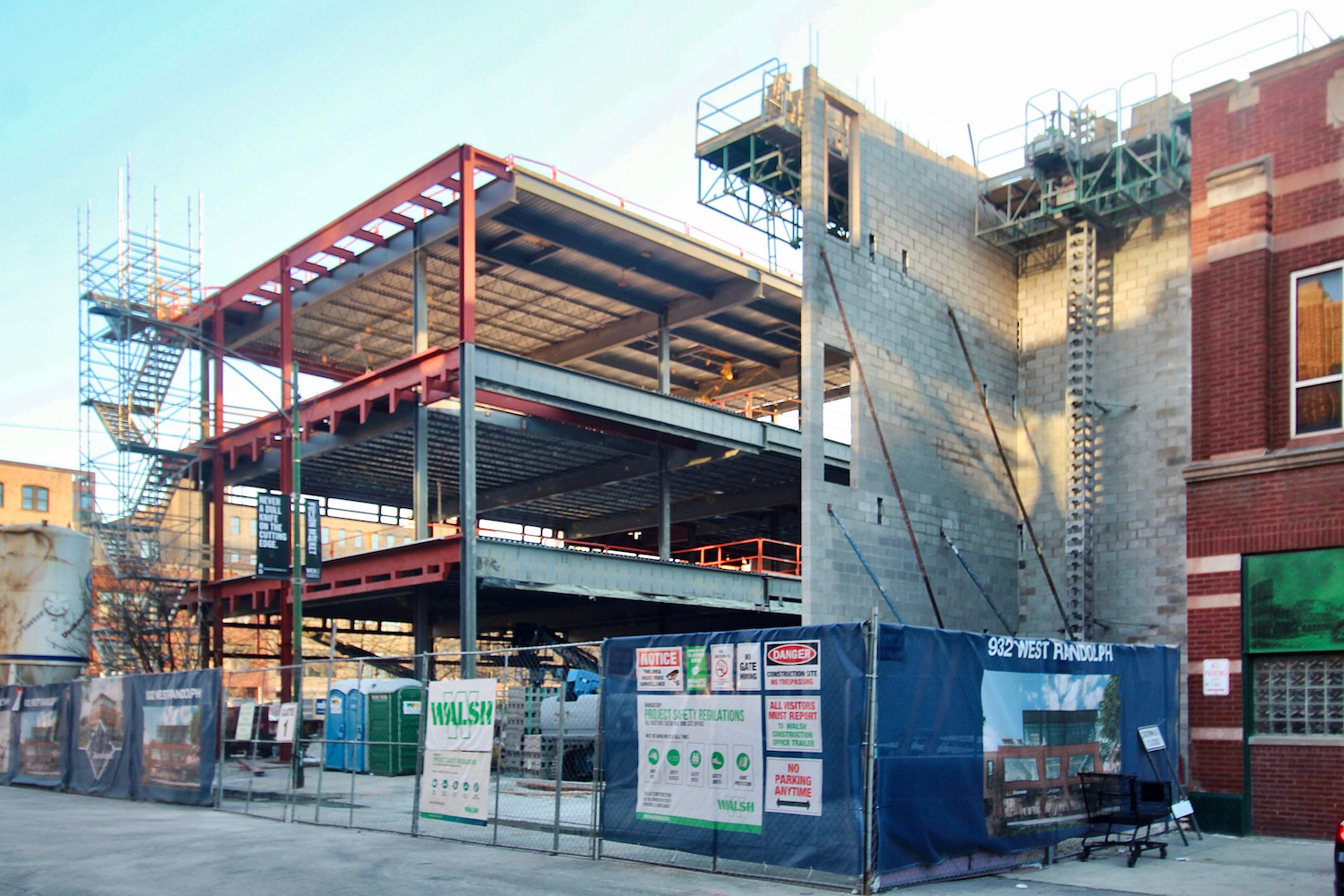 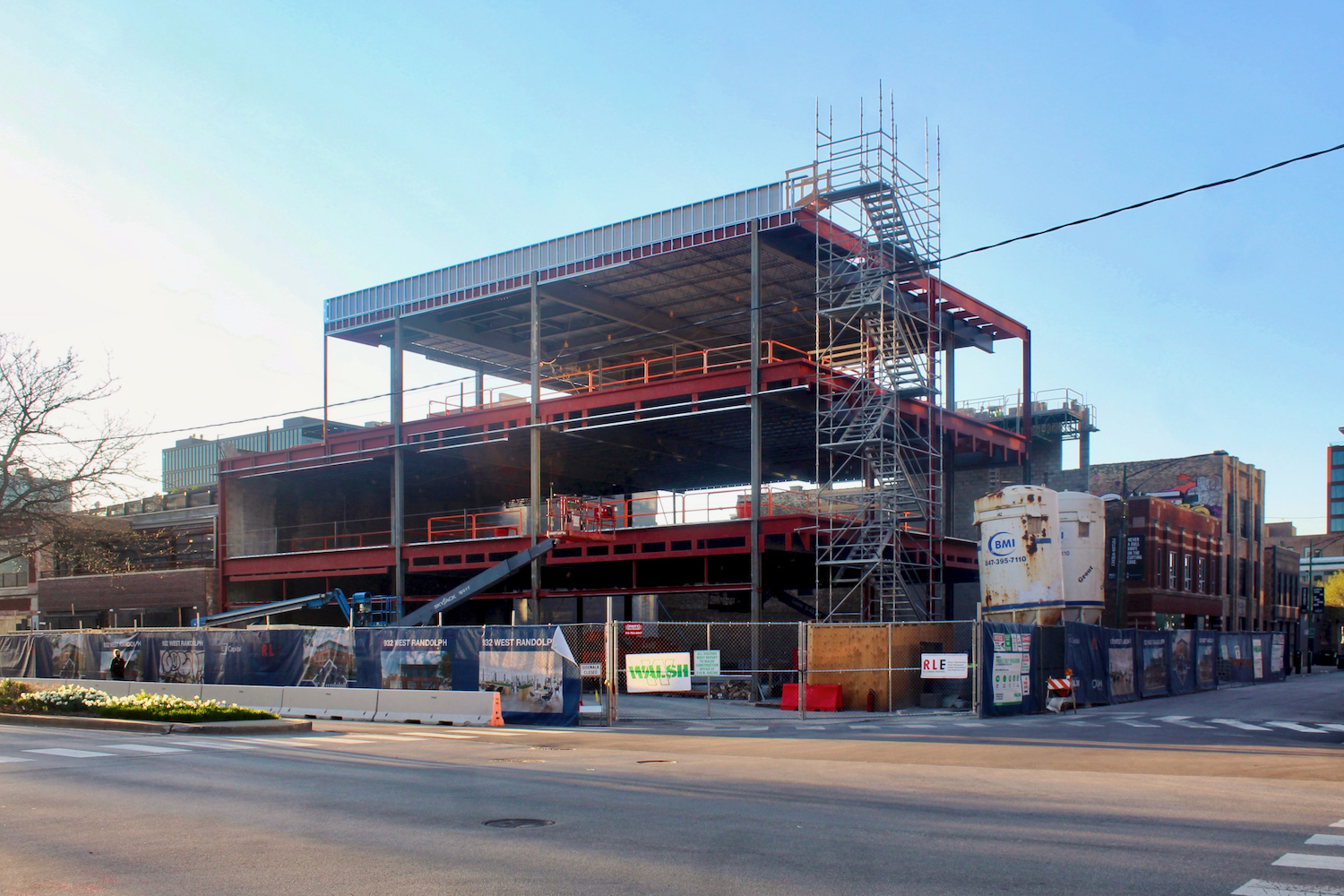 Developer L3 Capital has planned a re-skin of the existing three-story building, which will integrate with a new three-story addition atop the adjacent parking lot. The project received a zoning approval last year to convert from C1-2 neighborhood commercial district to DX-5 mixed-use district, reflecting the recent westward shift of density into the area. At roughly 35,000 square feet, the repurposed structure will house boutique offices on the top two floors as well as retail space at street level. A February article by the Chicago Tribune noted that a portion of the programming will be occupied by a new showroom for electric car maker Rivian. The exact square footage Rivian plans to lease remains unknown. 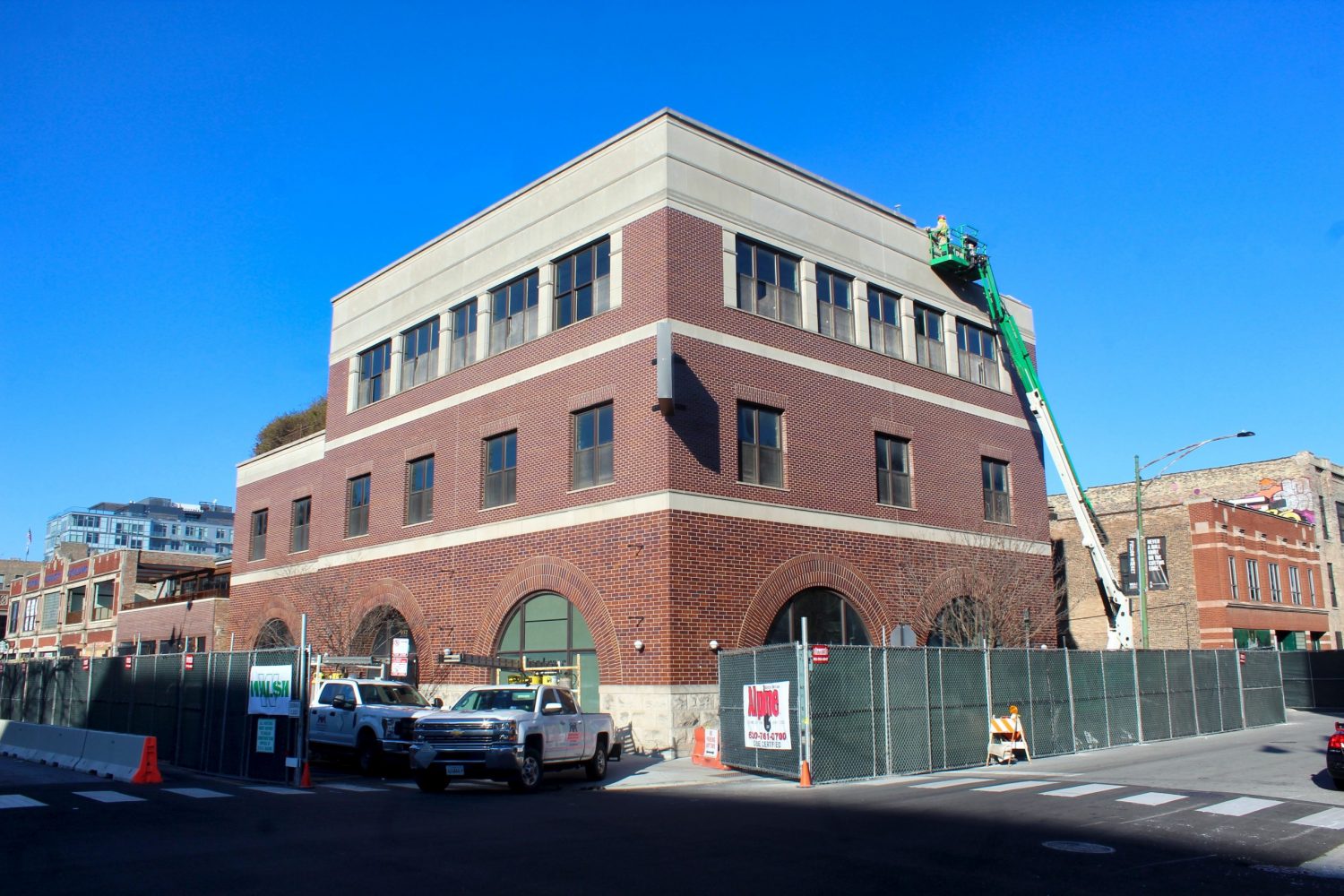 The prior design of the bank incorporated a mixed masonry facade with rounded arches at its base. Under the new design by OKW Architects, the exterior will feature a series of bays and dark metal accents throughout, as well as red brick cladding on the first two floors and metal paneling along the third floor. At the southwest corner, an existing third-floor terrace will be retained and redesigned to have glass railings. The added wing will adopt the same architectural style and blend seamlessly with the rest of the structure. 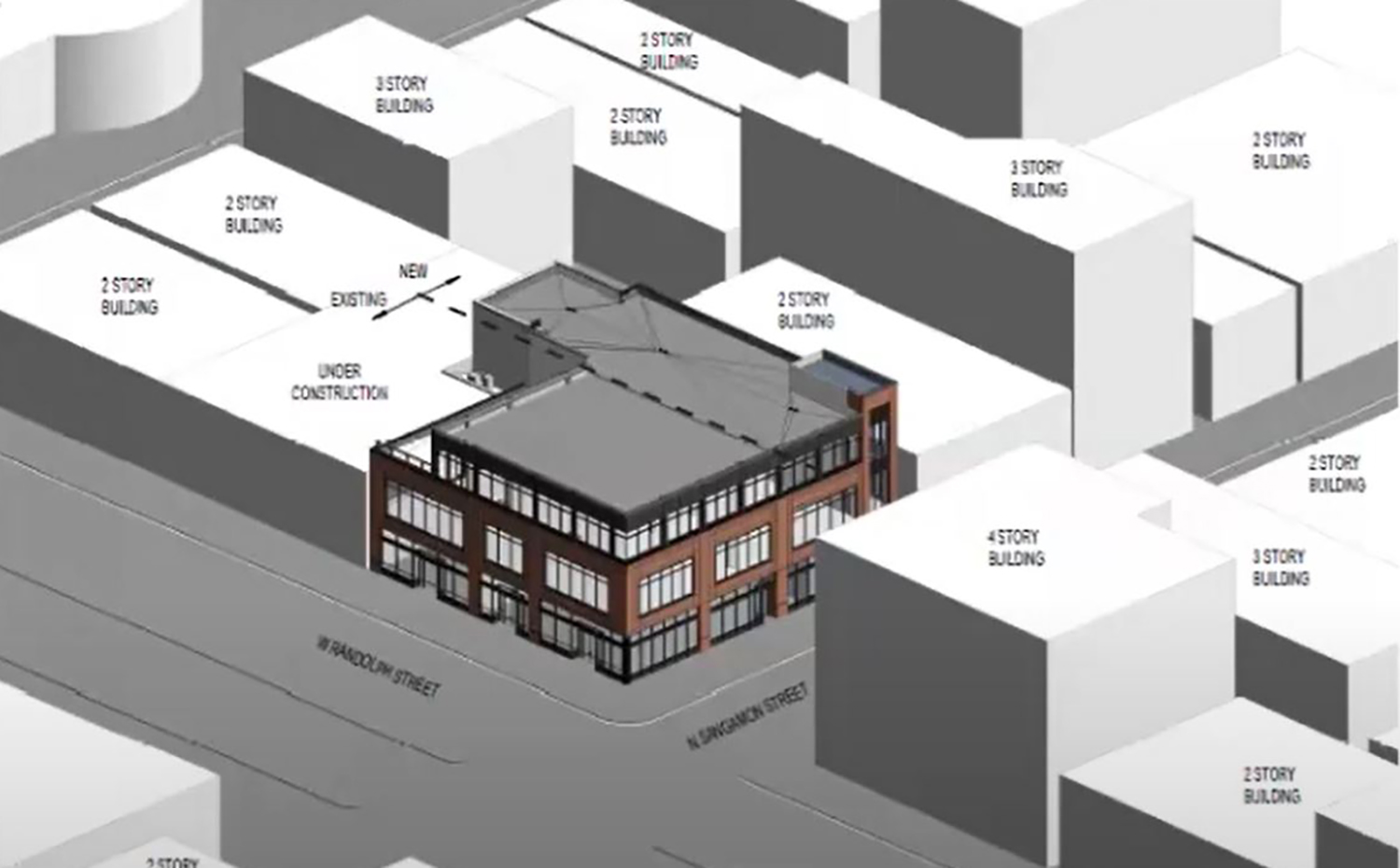 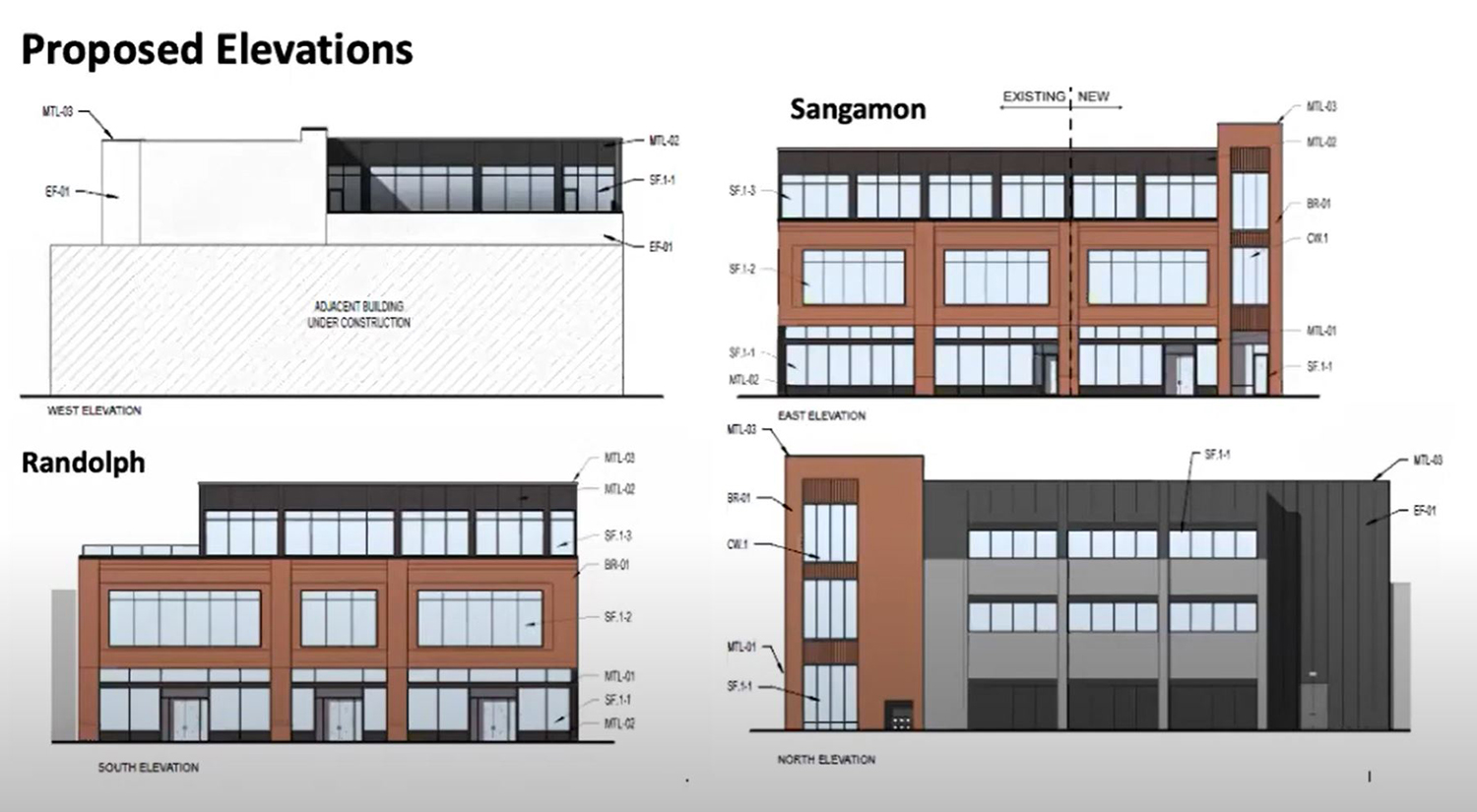 No accessory parking will be provided, though the transit-oriented project will have various transportation options in close proximity. Tenants and visitors will find stops for Route 8 within a five-minute walk east to the intersection of Halsted & Randolph. Stops for Route 20 are a six-minute walk south to Madison & Morgan. As for the CTA L, service for the Green and Pink Lines are within a two-minute walk at Morgan station. 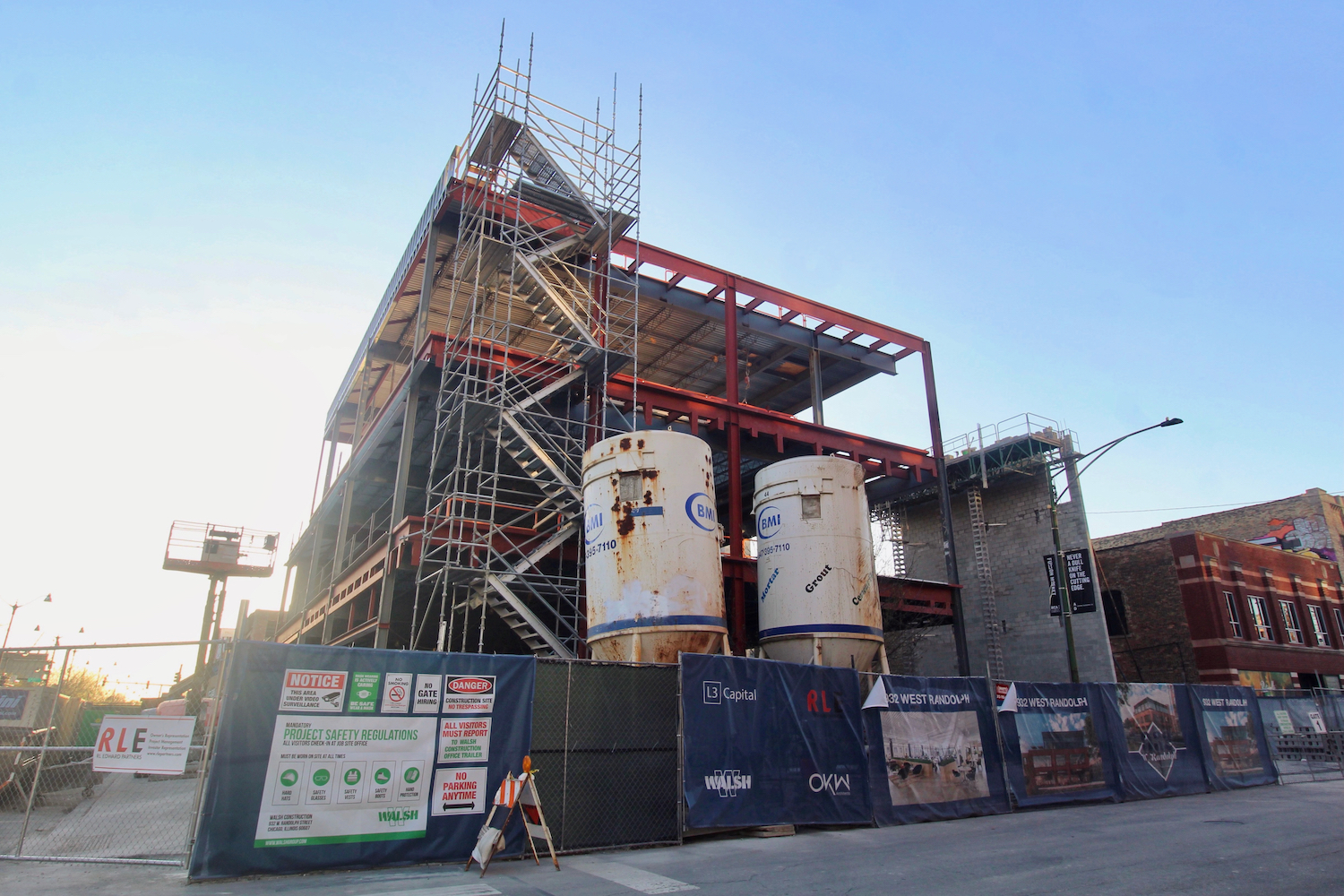 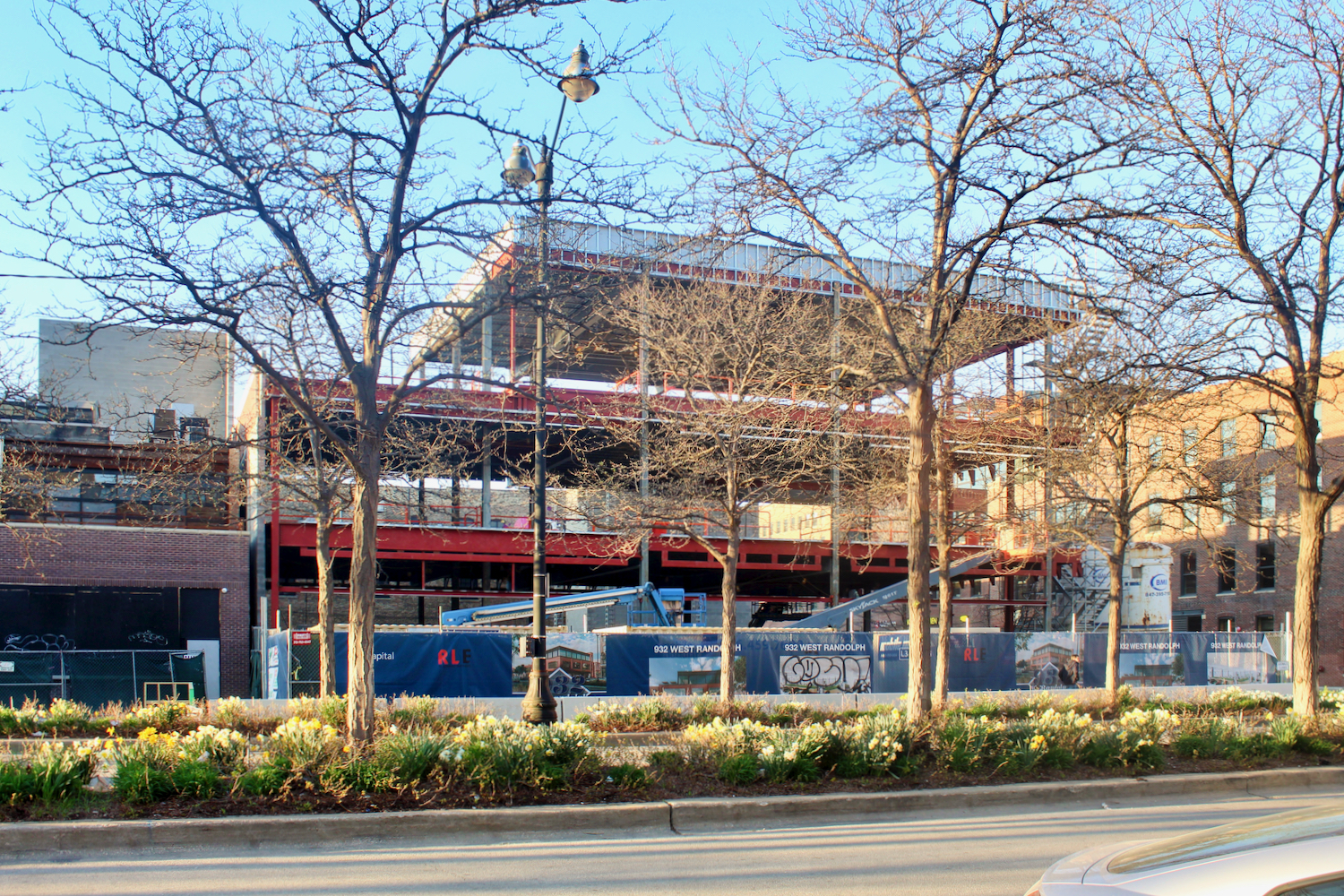 Norcon Inc. was the demolition contractor for the building’s previous exterior. Walsh Construction is now serving as general contractor for the new exterior and addition. A completion date is expected for the fourth quarter of this year.