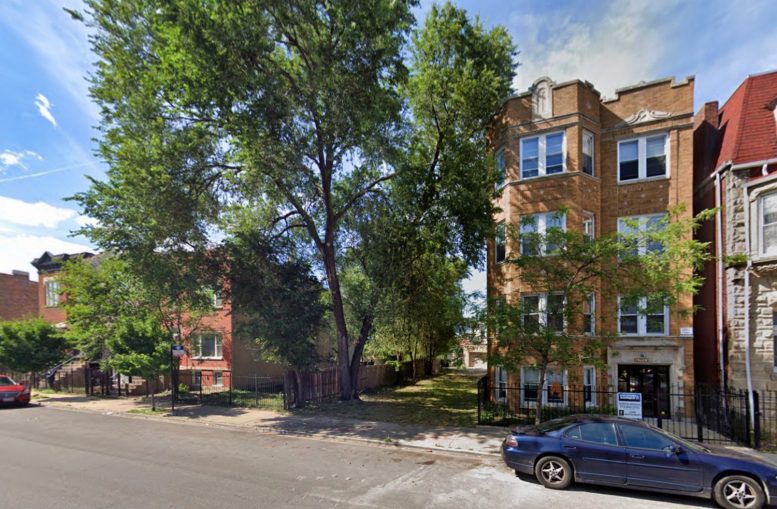 Construction permits have been issued for a two-story residential building located at 3014 W Warren Boulevard in East Garfield Park. Shreya Singh is the filing owner, whose plans include two total units and a basement. The site was previously occupied by a vacant grass lot.

Alan Leskiv is the architect of record. While no drawings or renderings have been published, multiple masonry contractors listed in the permit likely indicate brick or stone design.

As far as bus transit, those wishing to access the east and westbound Route 20 can find nearest stops at Madison & Sacramento, located a three-minute walk to the southeast. Additional nearby service can be found at the Kedzie & Washington intersection, which includes north and southbound stops for Bus 52. Slightly further to both the northeast and southeast are stops for Route 94. Those looking to board the CTA L will also find Kedzie station via an eight-minute walk northwest. Meanwhile, those looking to board the Metra will find its separate respective Kedzie station via a 12-minute walk northwest.

Nearest outdoor space in the area is the 184-acre Garfield Park, whose eastern edge is within a nine-minute walk west.

Nath Construction LLC is the general contractor for the $300,000 development, whose anticipated completion date is not currently known.