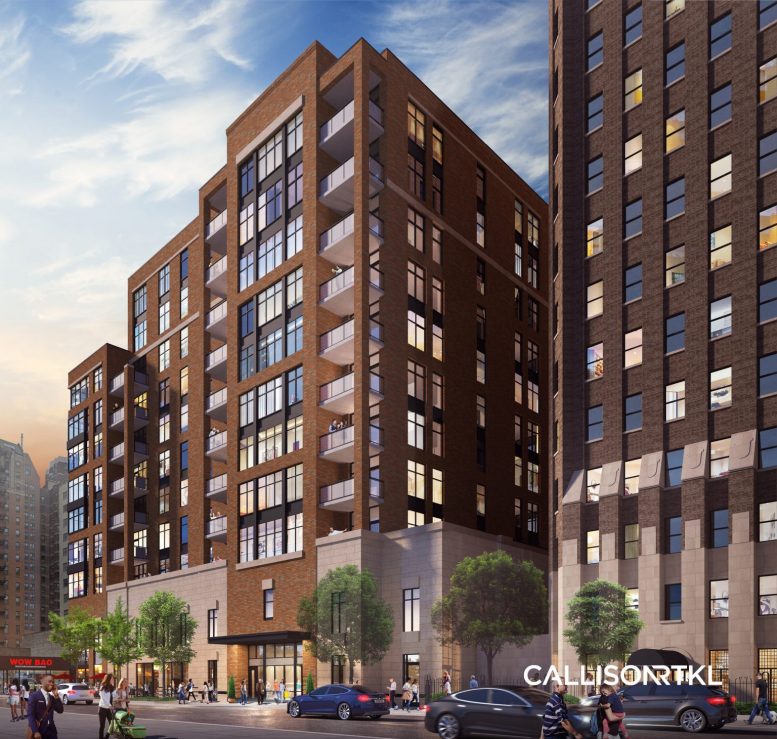 Foundation work is now in progress for 1210 N State Parkway, aka “Gild,” a 12-story mixed-use development in Gold Coast. 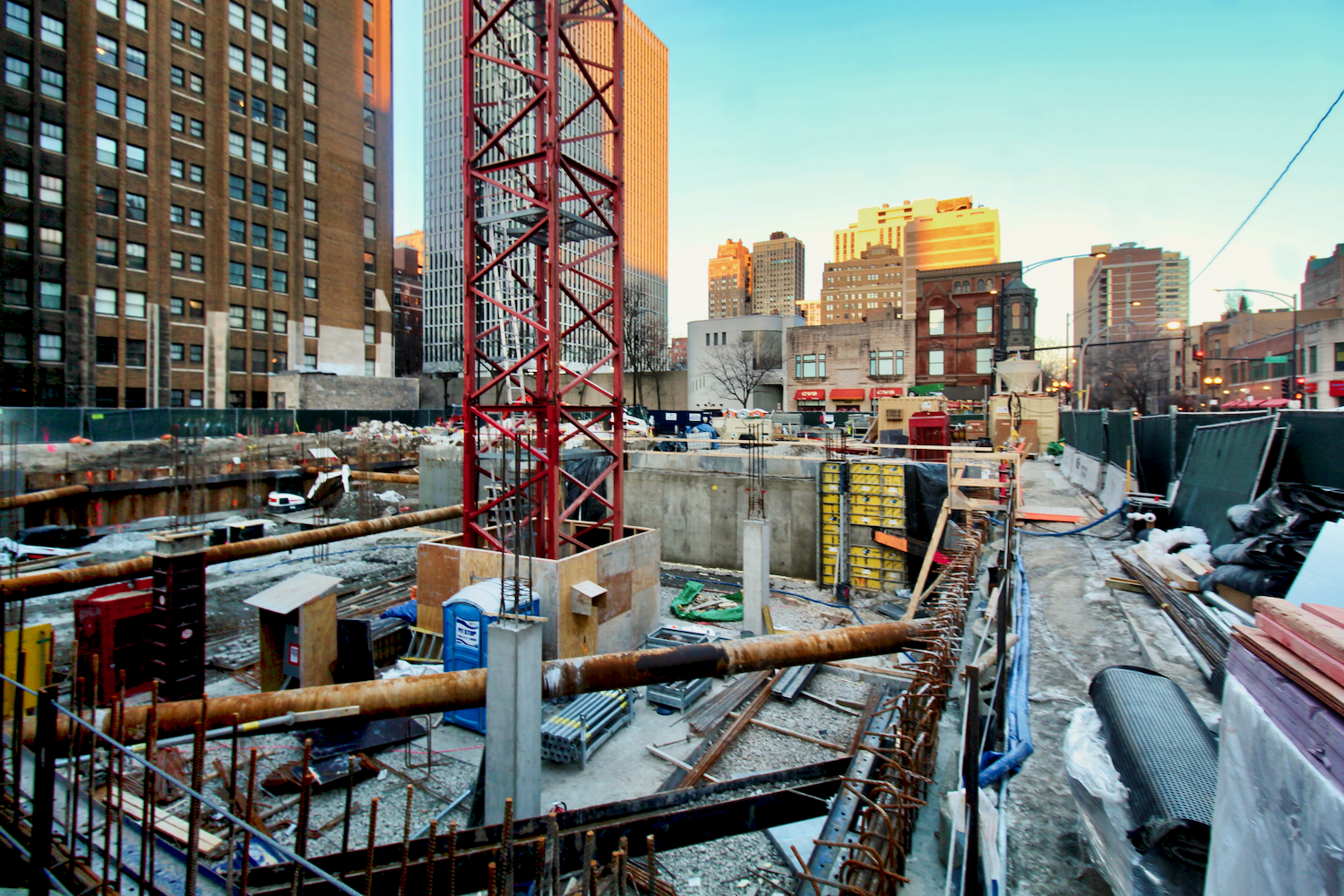 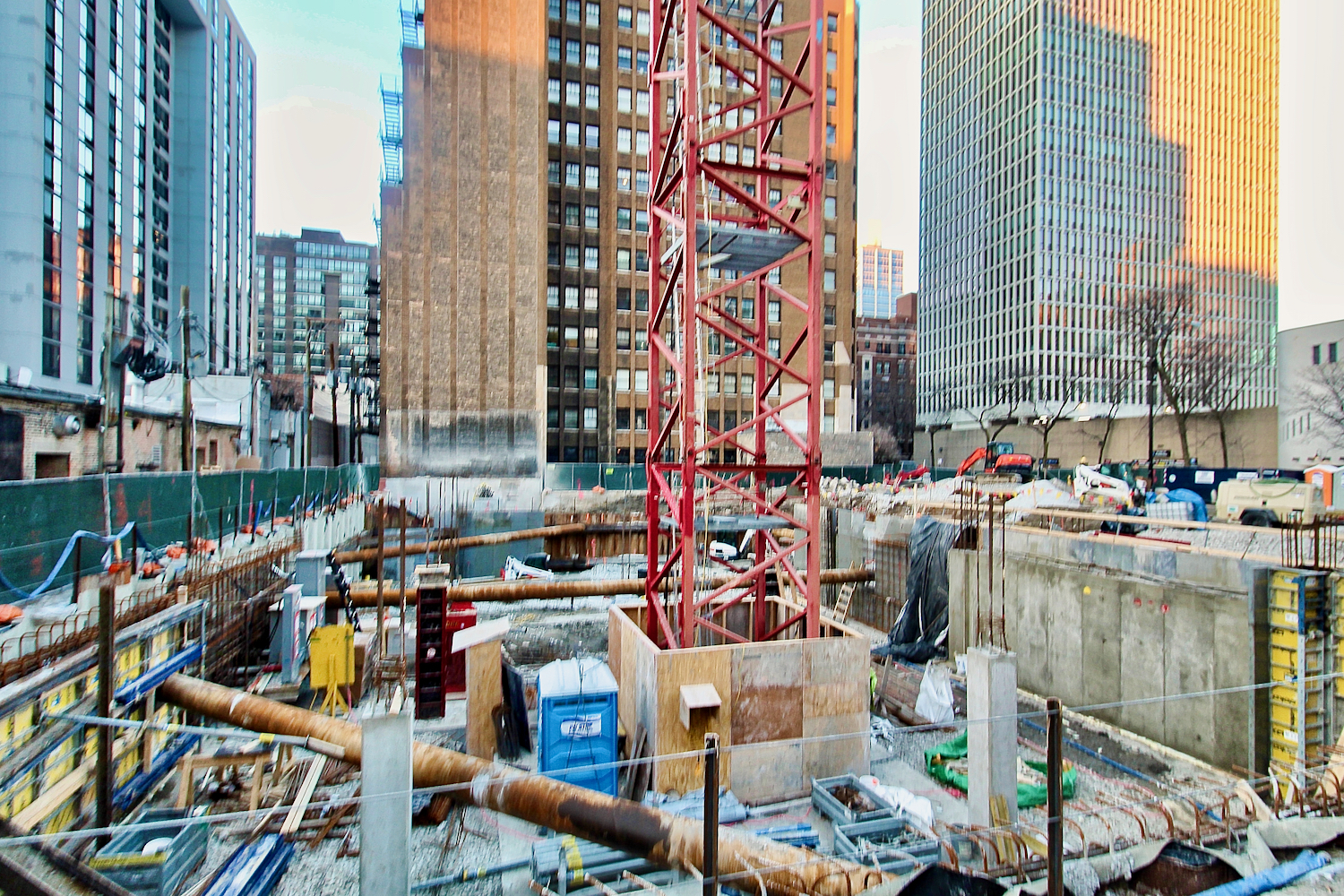 Planned by Newcastle Limited with $41.3 million in financing now secured, the 134-foot-tall building will contain 17,600 square feet of retail at ground level, and 89 apartment units on the floors above. The marketing website lists these units ranging from studios to two-bedrooms, a portion of which include private balconies or terraces. Building amenities, meanwhile, will comprise of two outdoor decks, a private club room, a fitness center, and a dog run. 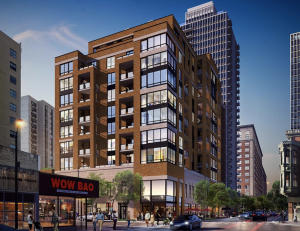 CallisonRTKL is behind the design, whose rectangular massing massing includes prominent bays facing out towards the street, as well as setbacks near the top. The exterior facade includes a limestone podium with metal and granite accents. The 11 floors above will be clad primarily by brick, with supplementary metal paneling and limestone. 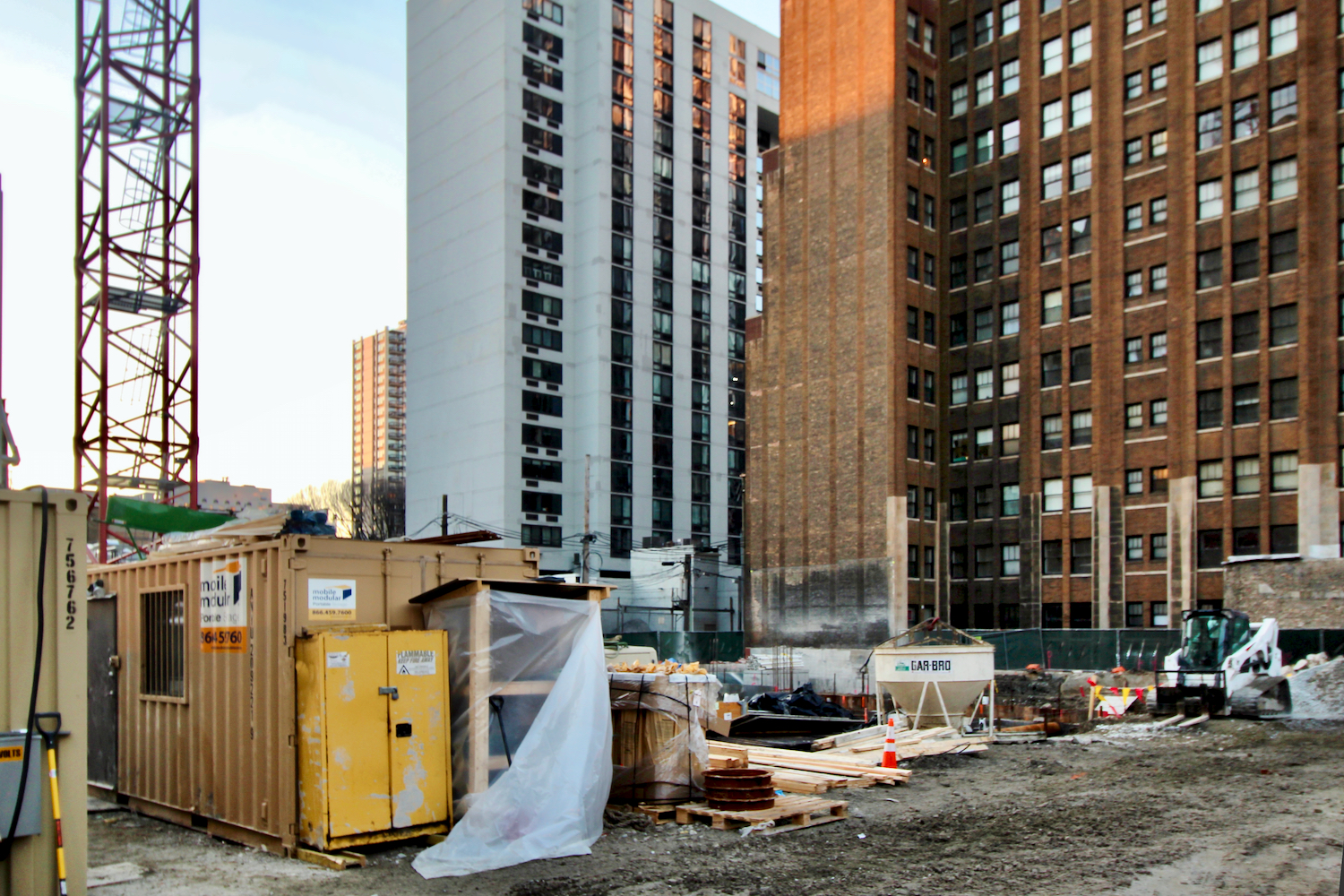 Given the transit-oriented nature of the development, on-site parking will include 32 spaces. Residents will find bus access directly at their doorstep, with stops for Route 36 lining the adjacent State & Division intersection. Routes 22 and 70 are located nearby via a three-minute walk west to Division & Clark. Other routes within a five-minute walk include 156 to the west and 151 to the east. Those wishing to board the CTA L will also find Red Line a five-minute walk west to Clark/Division station. Nearest service for the Brown and Purple Lines can also be found at Chicago station, an 18-minute walk southwest.

Various outdoor spaces lie within a 10-minute walk, including Goudy Square Playground to the northeast, Oak Street Beach to the east, and Washington Square Park to the southwest. 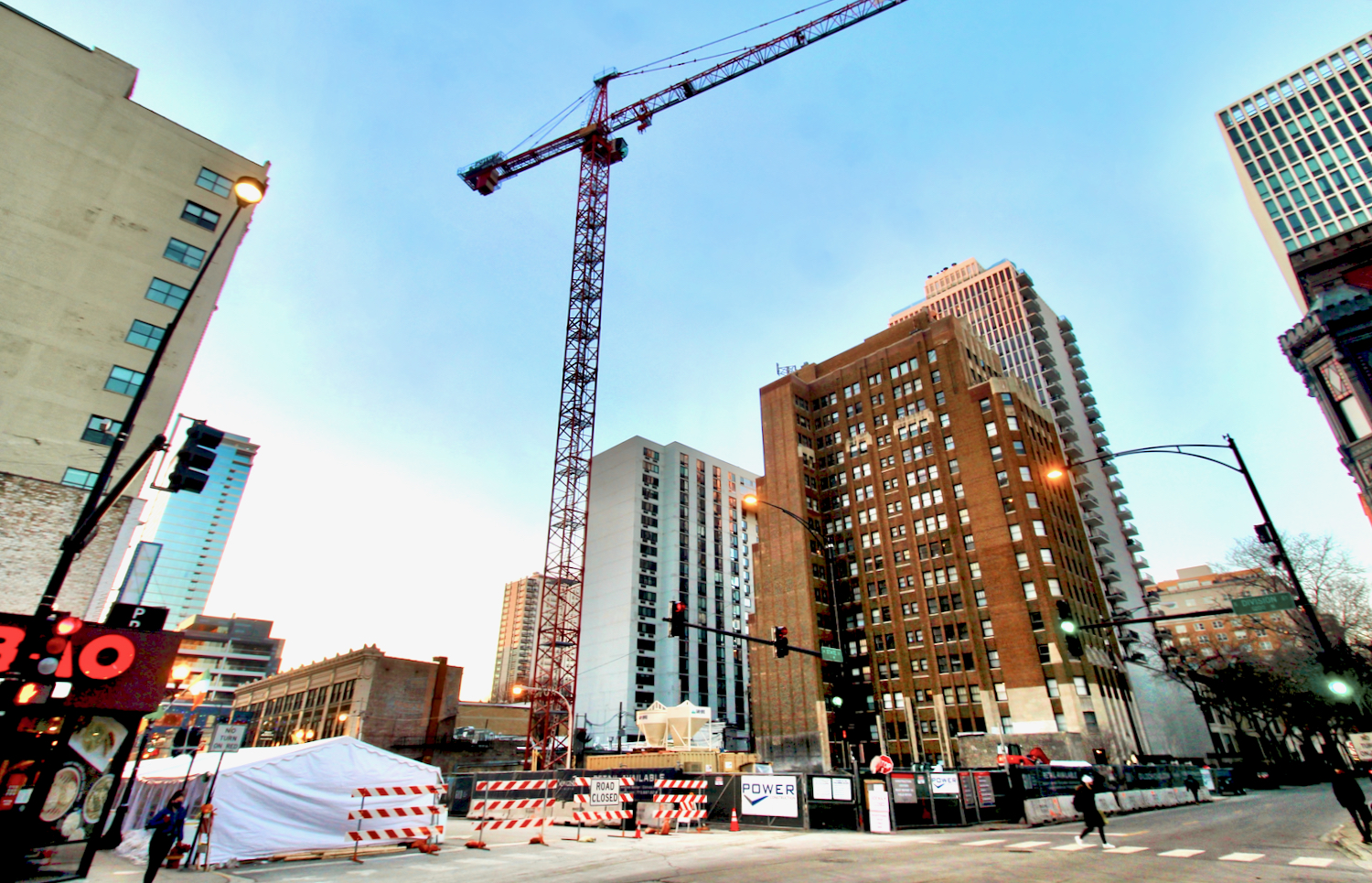 Power Construction is serving as general contractor. Since YIMBY’s last update on the project in November 2020, caisson work and crane installation have both been completed. An opening is expected for May 2022.