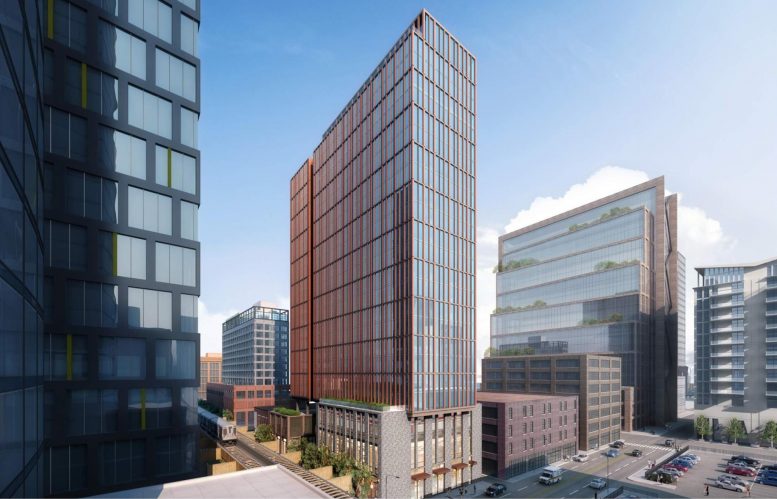 Demolition permits were issued last month clearing the way for a 21-story hotel at 800 W Lake Street, located near the heart of the booming Fulton Market neighborhood. The new structure will rise to 265 feet at its roof, replacing three low-rise masonry buildings and parking lot space. Planned by North Park Ventures, the yet-to-be-named hotel will provide space for 476 rooms, as well as ground-floor commercial space. 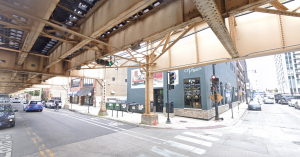 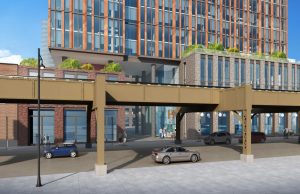 The Department of Planning and Development announced on twitter this past January that the commission had approved the plans for the tower, with the developer agreeing to pay $2.1 million to Chicago’s neighborhood opportunity fund. In order for the hotel to proceed, the former zoning designations on the property had to be changed from C1-1 (neighborhood commercial district) and C2-5 (motor vehicle-related commercial district) to those of DX-7 (downtown mixed-use district). Under the same amendment, this DX-7 designation would be reclassified as a Business Planned Development under the approved hotel plans. 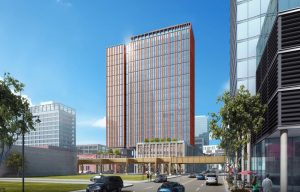 GREC Architects is behind the design, whose renderings show a masonry base with a glass curtain wall and painted aluminum panels above. Drawings also show second- and third-floor terrace spaces integrated into the programming. 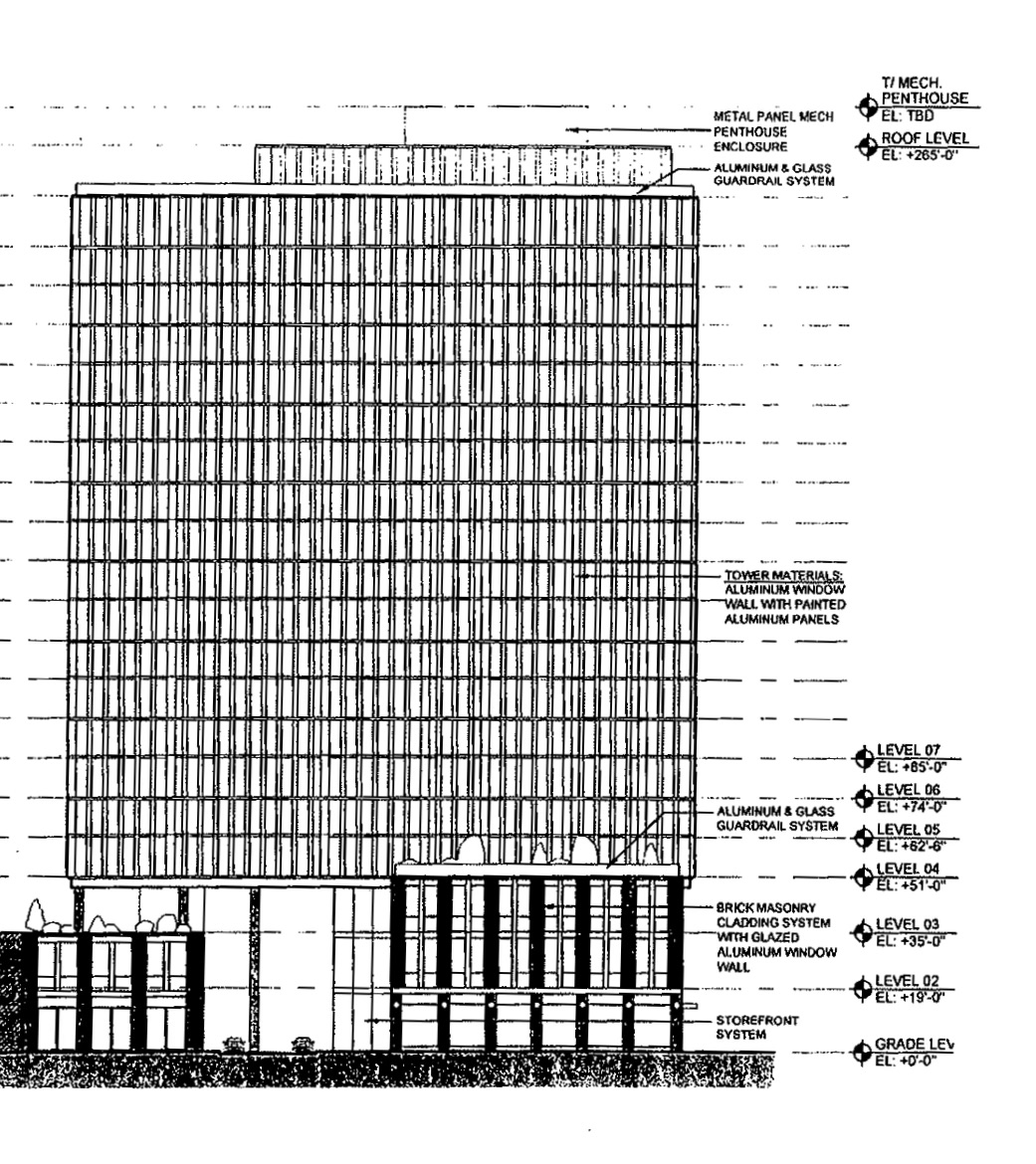 Plans also show that parking will include no on-site spaces, given its proximal location to various transit options. These options include adjacent north and southbound stops for bus Route 8, located along Halsted. Additional routes within a 10-minute walking radius include Route 20 to the south, Route 65 to the north, and Routes 56 and J14 to the east and southeast.

Nearest CTA L transit for the Green and Pink Lines is accessible via Morgan station, less than a four-minute walk west.

Quality Excavation is serving as wrecking contractor for the three occupying buildings. Despite the imminent demolition, no construction permits have yet been issued or filed for the $150 million project.