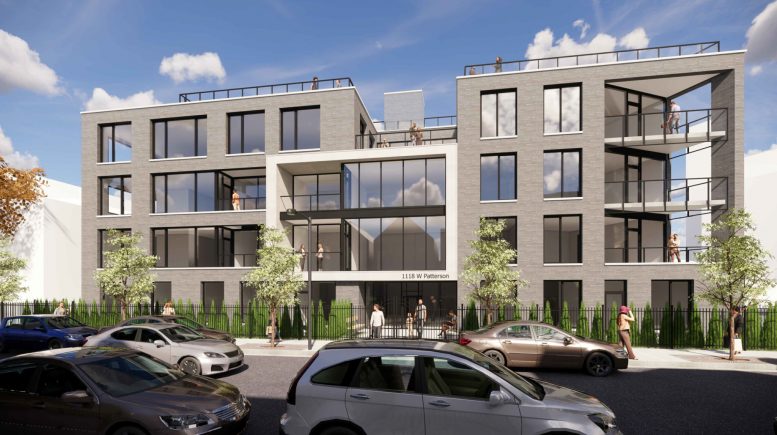 Demolition permits have been issued for two multi-unit residential buildings in the Wrigleyville neighborhood, less than a block west of Wrigley Field across from N Clark Street. The smaller of the two structures, 1128 W Patterson Avenue, is a two-story frame building, while the larger 1118 address also stretches two floors and borders 1128’s eastern elevation.

The developer, Patterson Green LLC, acquired the property in early 2018 for $3.04 million, according to Block Shopper. Permits list Nalpak Ventures LLC as the owner, though the relationship between the two entities is unclear.

According to the most recent presentation from Alderman Tom Tunney’s 44th ward website, the replacing structure will be a four-floor, 18-unit residential building, equipped with a roof deck and 20 parking spaces. The total area will span close to 24,000 square feet. 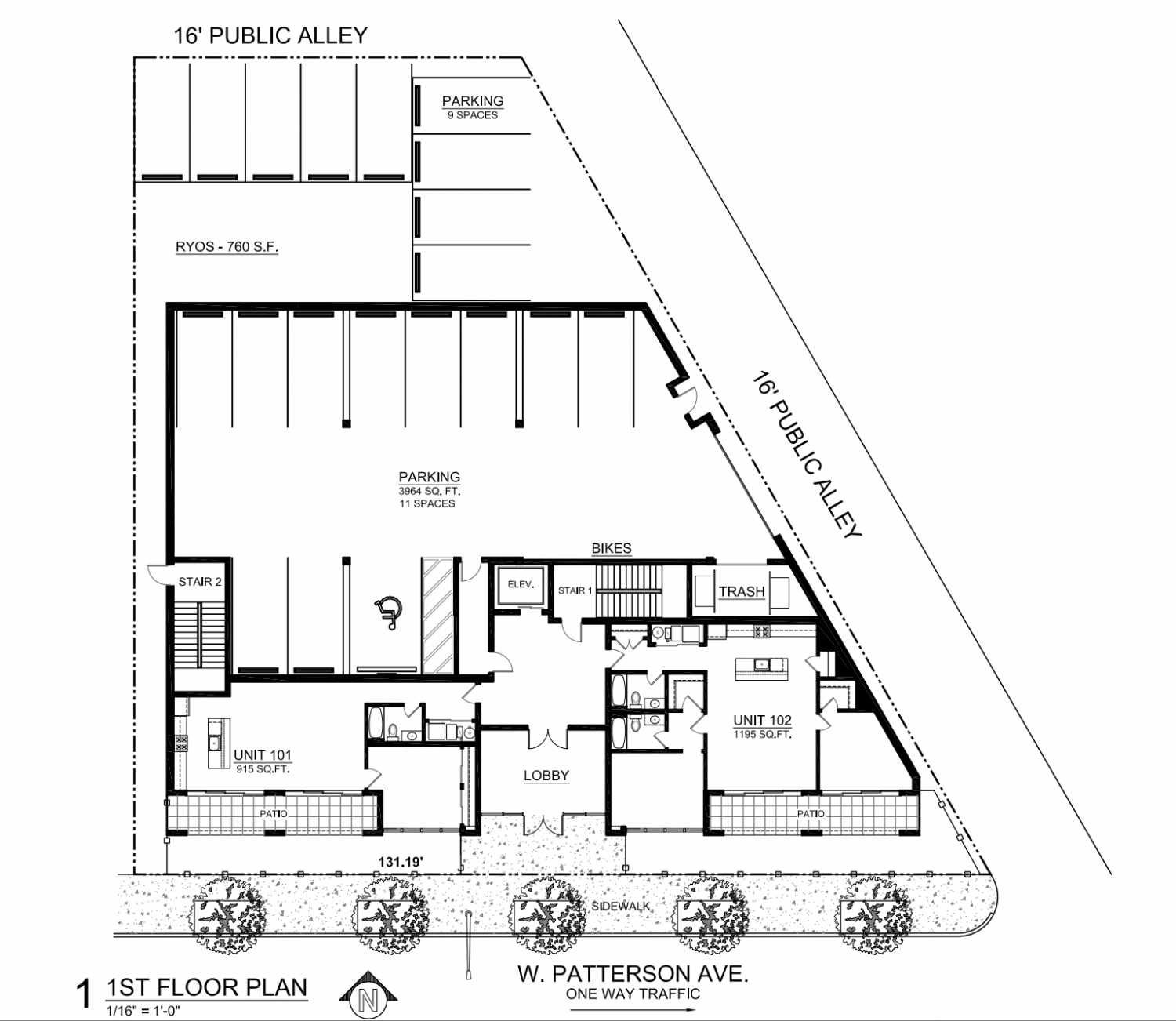 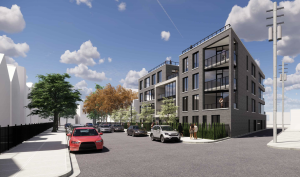 The presentation also lists Hirsch MPG as the architect, whose design for the development features a mix of lighter-gray masonry with white and black finishes throughout the windows and floor divisions. Renderings also show the roof deck encircling close to the entire roof perimeter, as well as compact front landscaping.

The project will fall under a single combined address of 1118 W Patterson Avenue. Residents of 1118 W Patterson will be able to access the nearest bus via a two-minute walk north to the Clark & Waveland stop, which is serviced by the northwest and southeast-bound Route 22. The next closest is a two-minute walk southwest to the Addison & Racine stop for the east and westbound Route 152. Further access within a 15-minute walk includes stops for Route 8 to the east and stops for Route 9 and X9 to the west.

Chicago-based Delta Demolition is serving as the wrecking contractor for both sites. It is unknown who the general contractor will be or what the timeline will look like for post-demolition work.