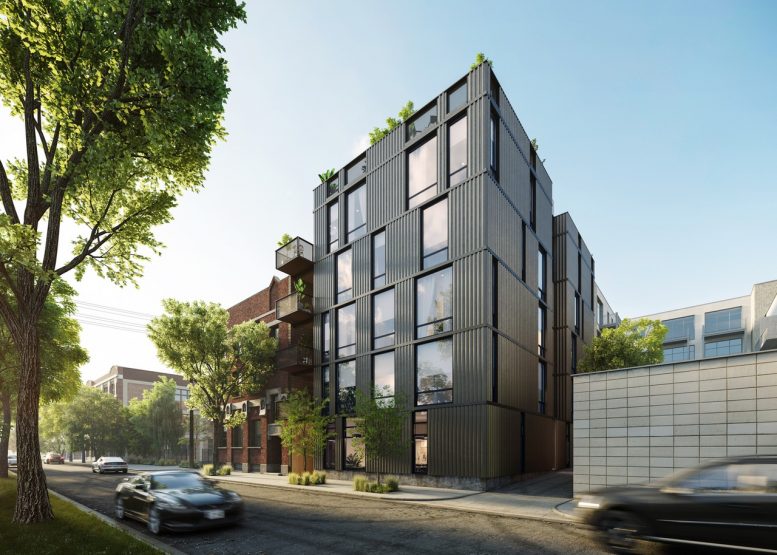 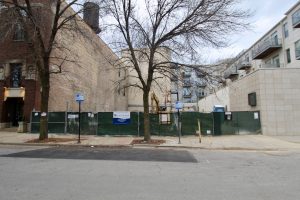 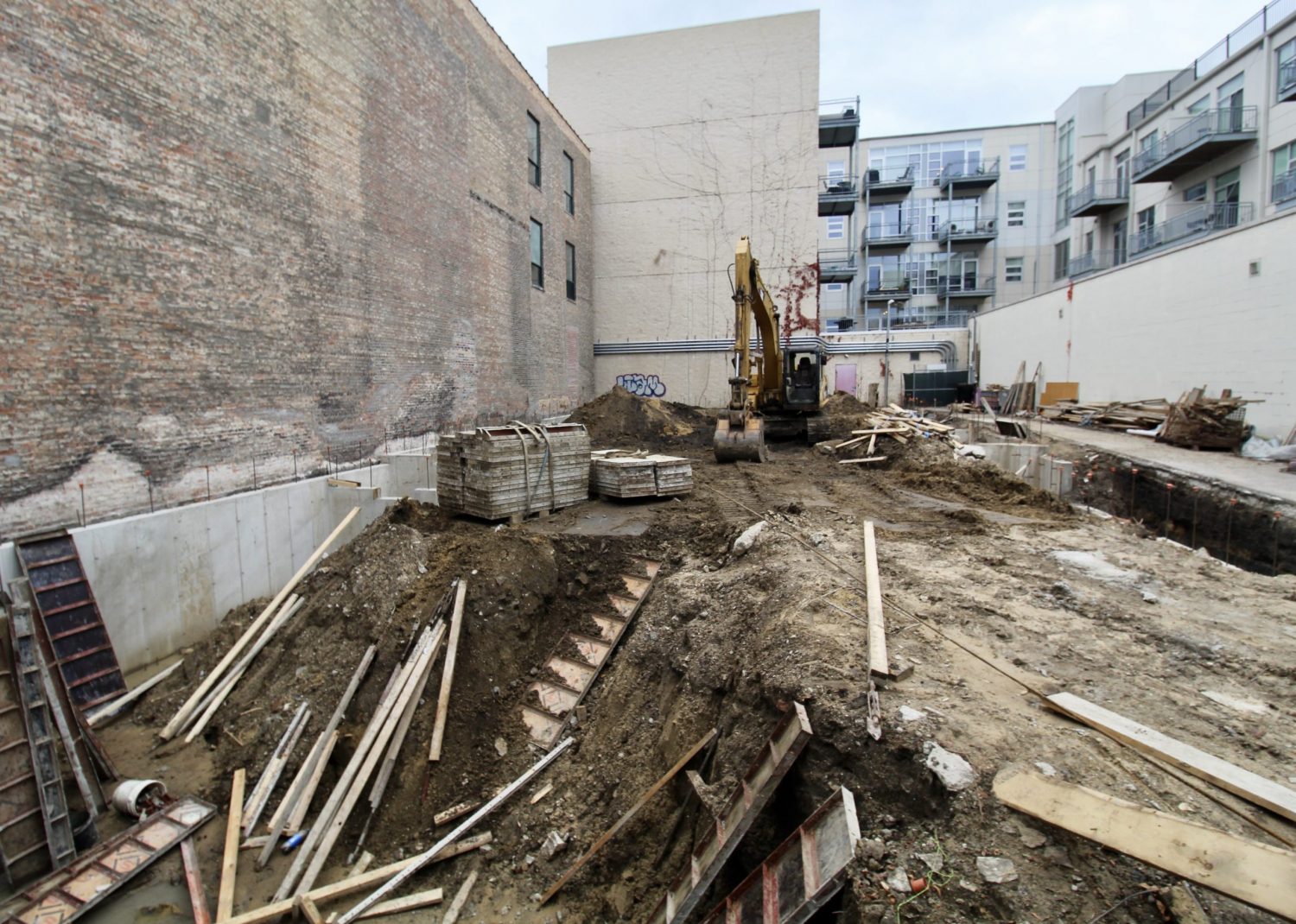 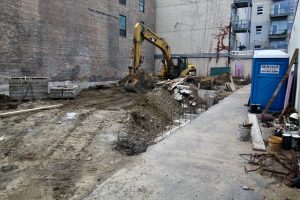 The development partnership consists of Ranquist Development Group, Jodi Development and Campbell Coyle under the filing name 15 N Elizabeth LLC. This partnership originally planned for retail and parking for six on the ground level, as well as six total units on the four floors above. However, a Crain’s article from July 2020 indicated that the six units sold so quickly that the developers decided to apply for special-use permits to add an additional unit. While no amended permits have since been issued, DG Advisors Group’s website has displayed a first-floor two-bedroom listing, suggesting that this switch will likely be implemented. 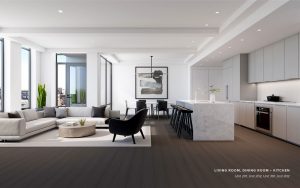 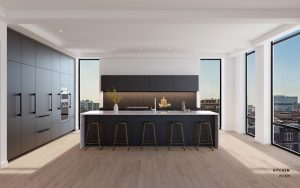 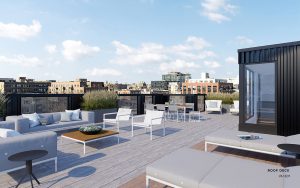 The condominiums feature private elevator access, spacious floor plans, and Italian cabinetry with Miele appliances. The two- and three-bedroom units begin at $795,000, while the four- and five-bedroom penthouses are marketed for $1,995,000, according to a site marketing flyer. 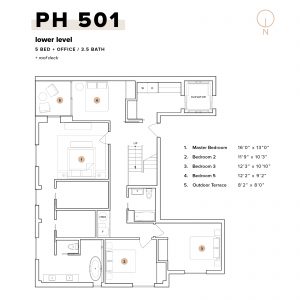 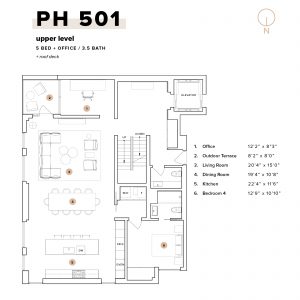 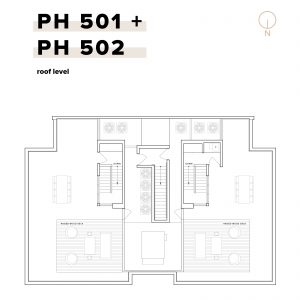 As far as its layout, the project has a unique deck configuration and set of penthouse floor plans. All units include either smaller balcony alcoves or larger deck spaces. One of these larger spaces is included with second floor’s eastern unit, which opens up to a vast private deck atop the garage. The two duplex penthouses each occupy half of the fourth and fifth floors, while their respective private decks each occupy half of the roof. These decks can be accessed by private sets of stairs directly from the fifth floor. 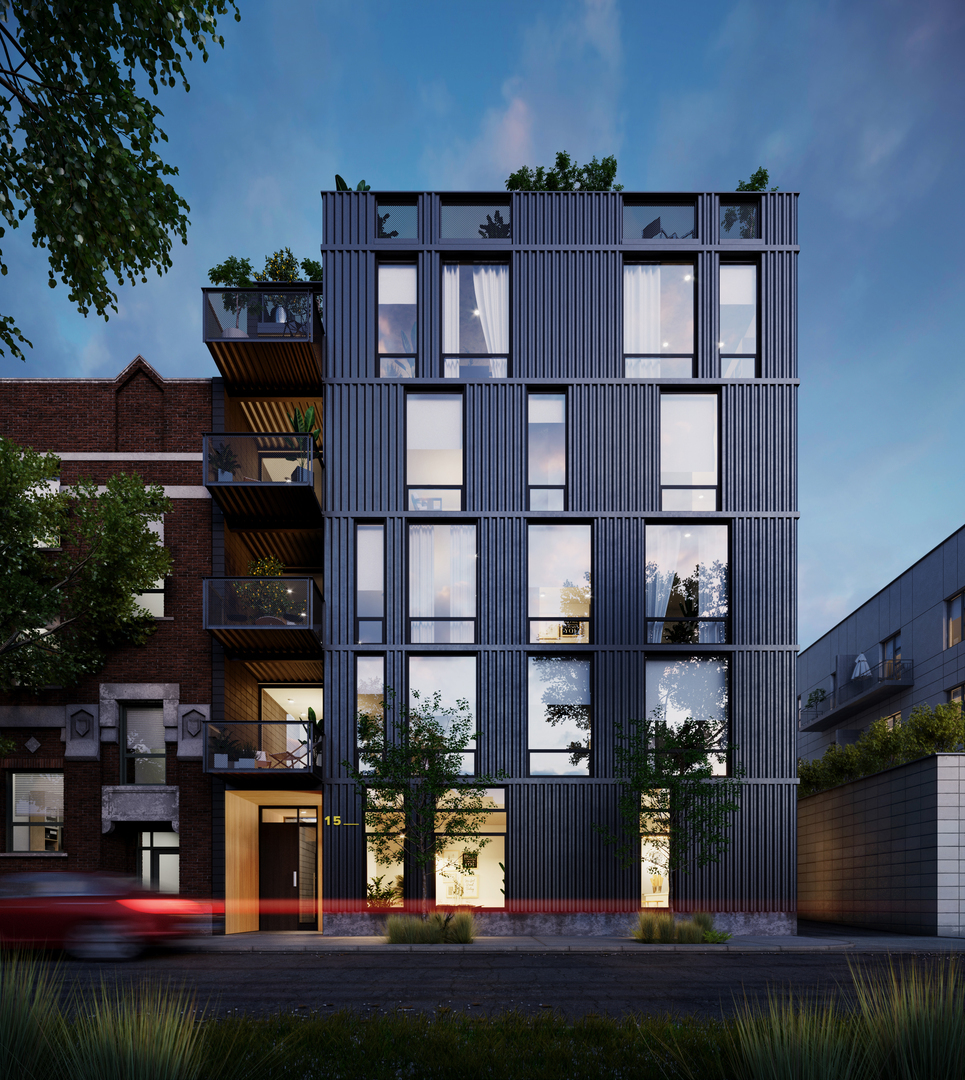 The project’s architect of record is John R. McCarthy of Osterhaus McCarthy LLC. A facade composed of corrugated metal panels and windows of varying widths and spacing heavily contributes to the building’s distinctive design.

Residents are also within walking distance of the seven-acre Skinner park, which is just four minutes southwest of the property.

1847 Humboldt LLC is serving as the general contractor of the reportedly $500,000 project. An opening is expected for September 2021.