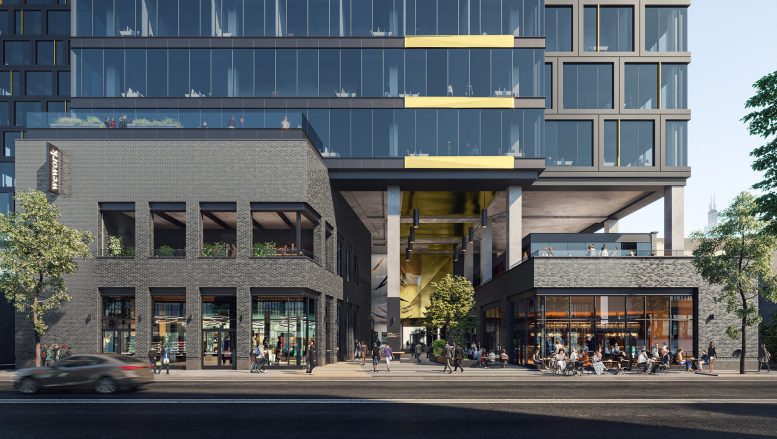 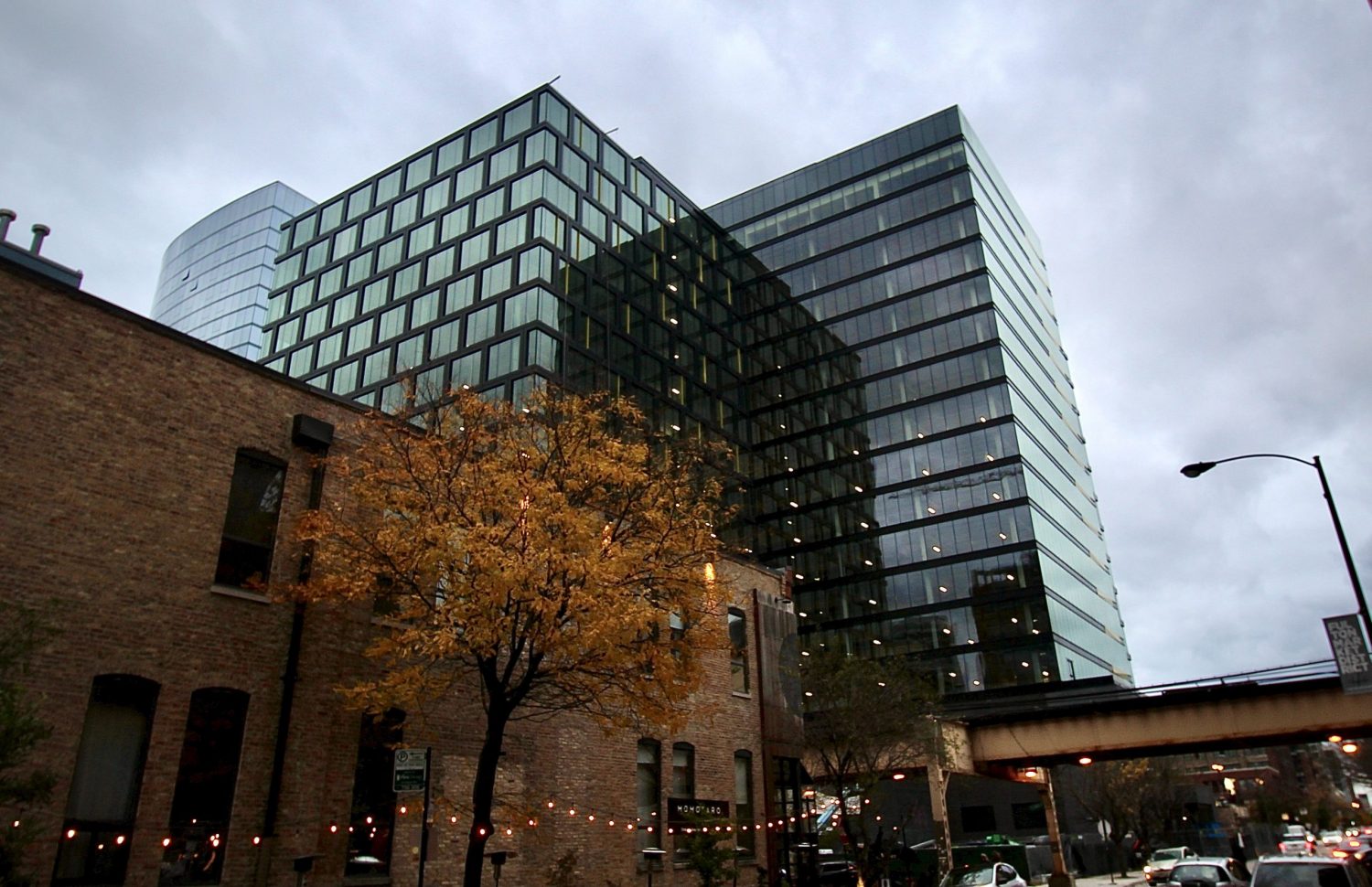 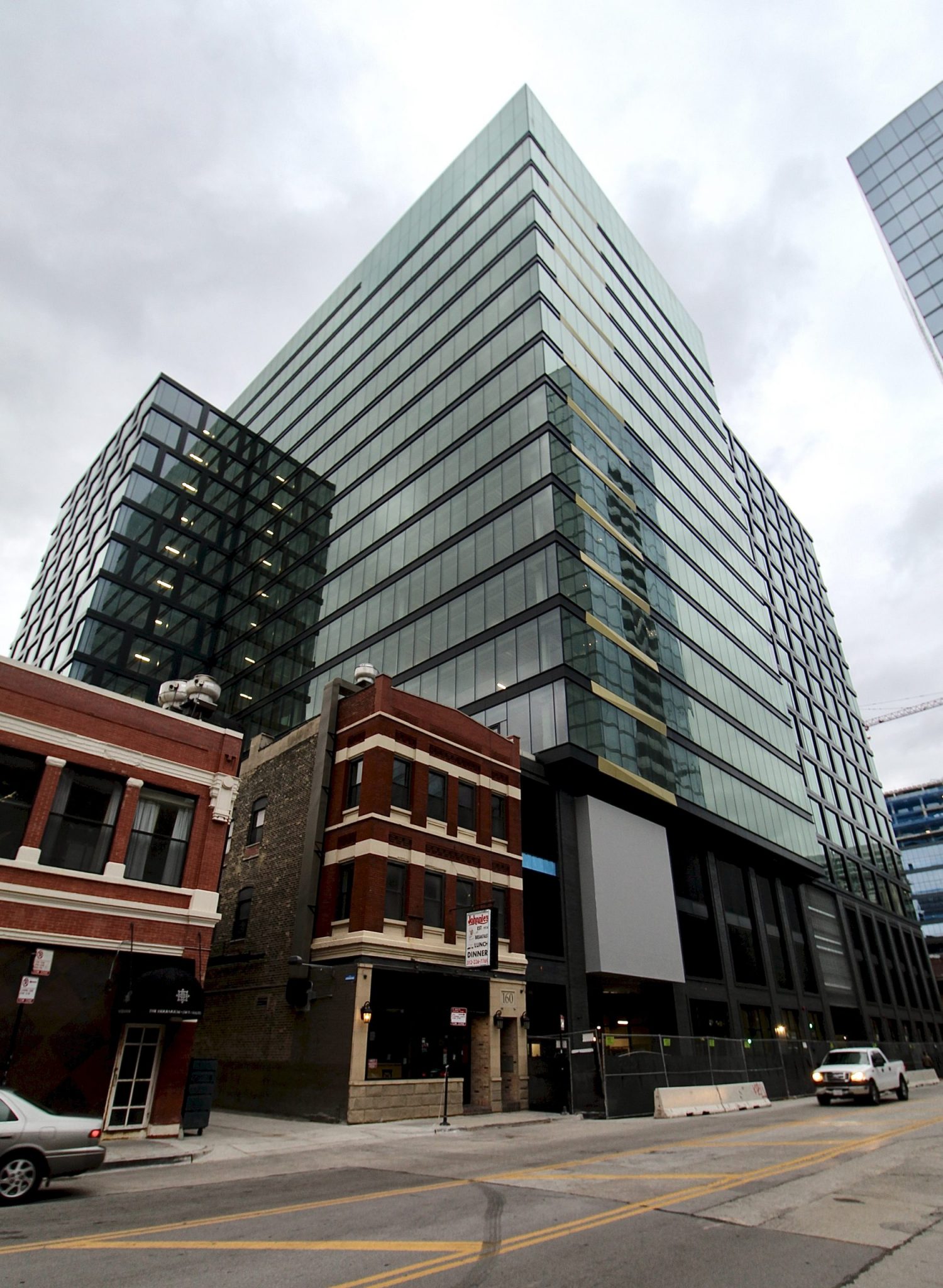 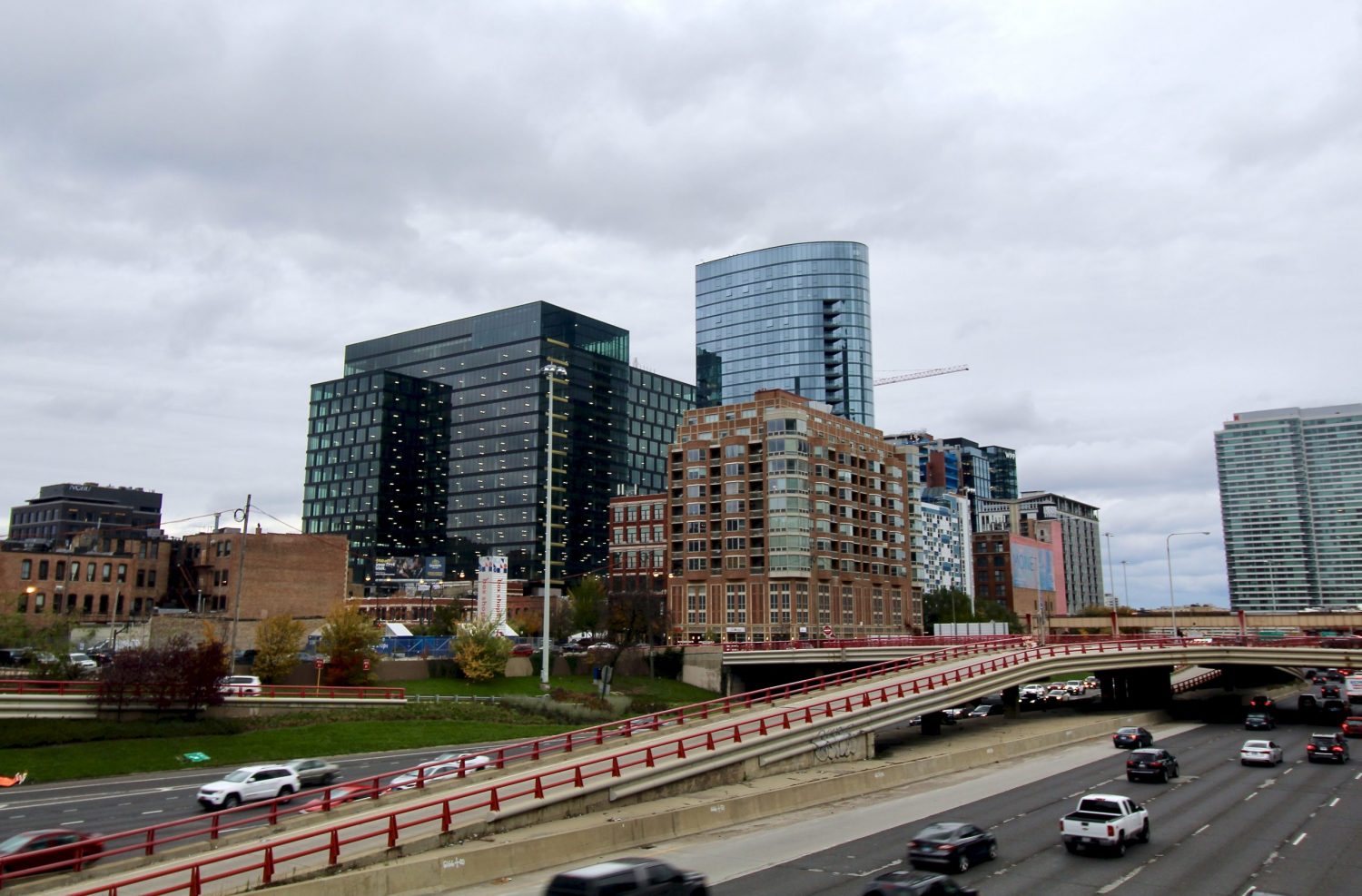 Co-developers Shapack Partners and Focus are planning 13 floors of office space to be suspended over a three-story collection of retail venues and public spaces known as the “Mews.” Alongside the mews is a garage for 129 vehicles. Altogether, the 167 N Green plan rises 290 feet and comprises 725,000 square feet. 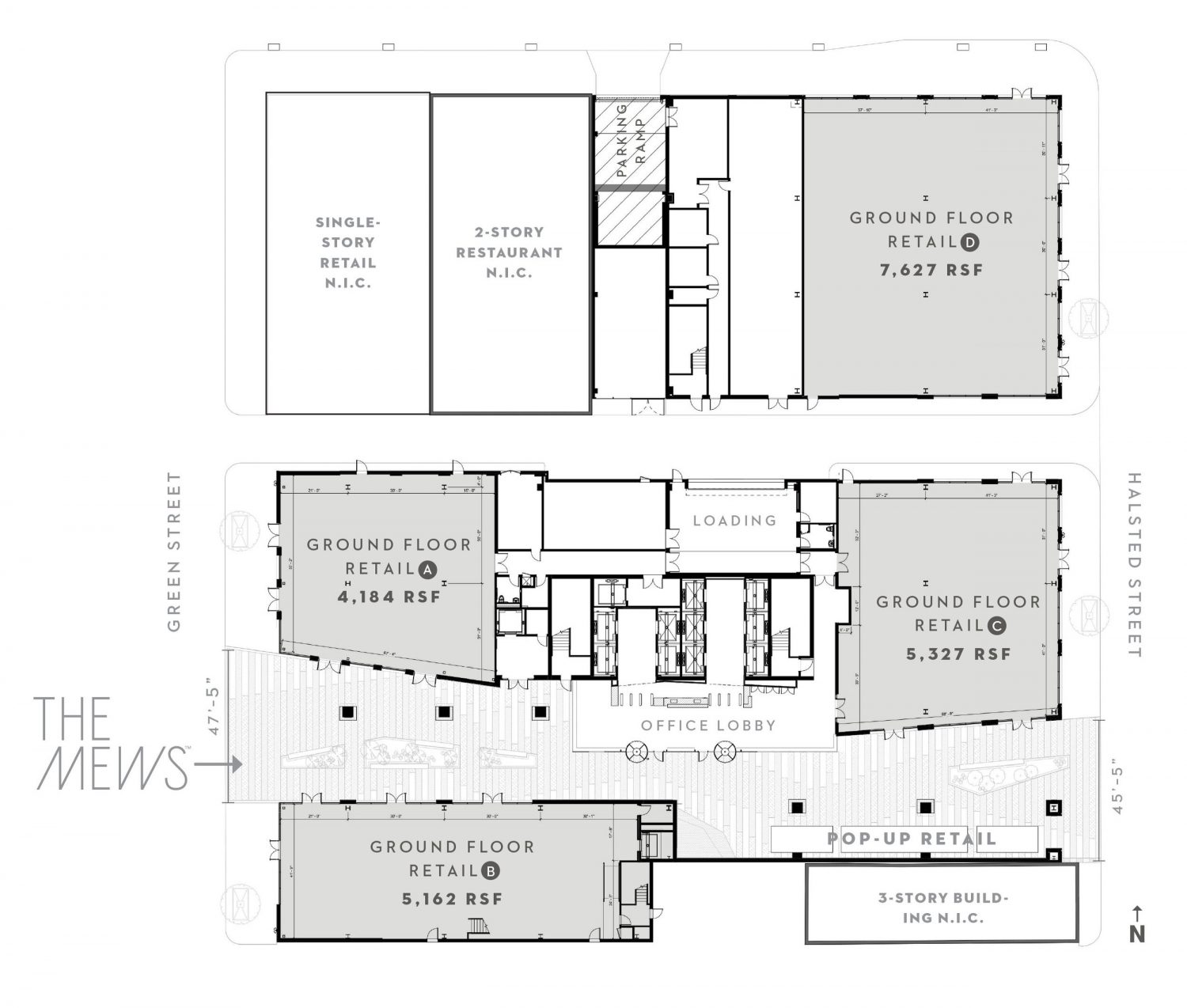 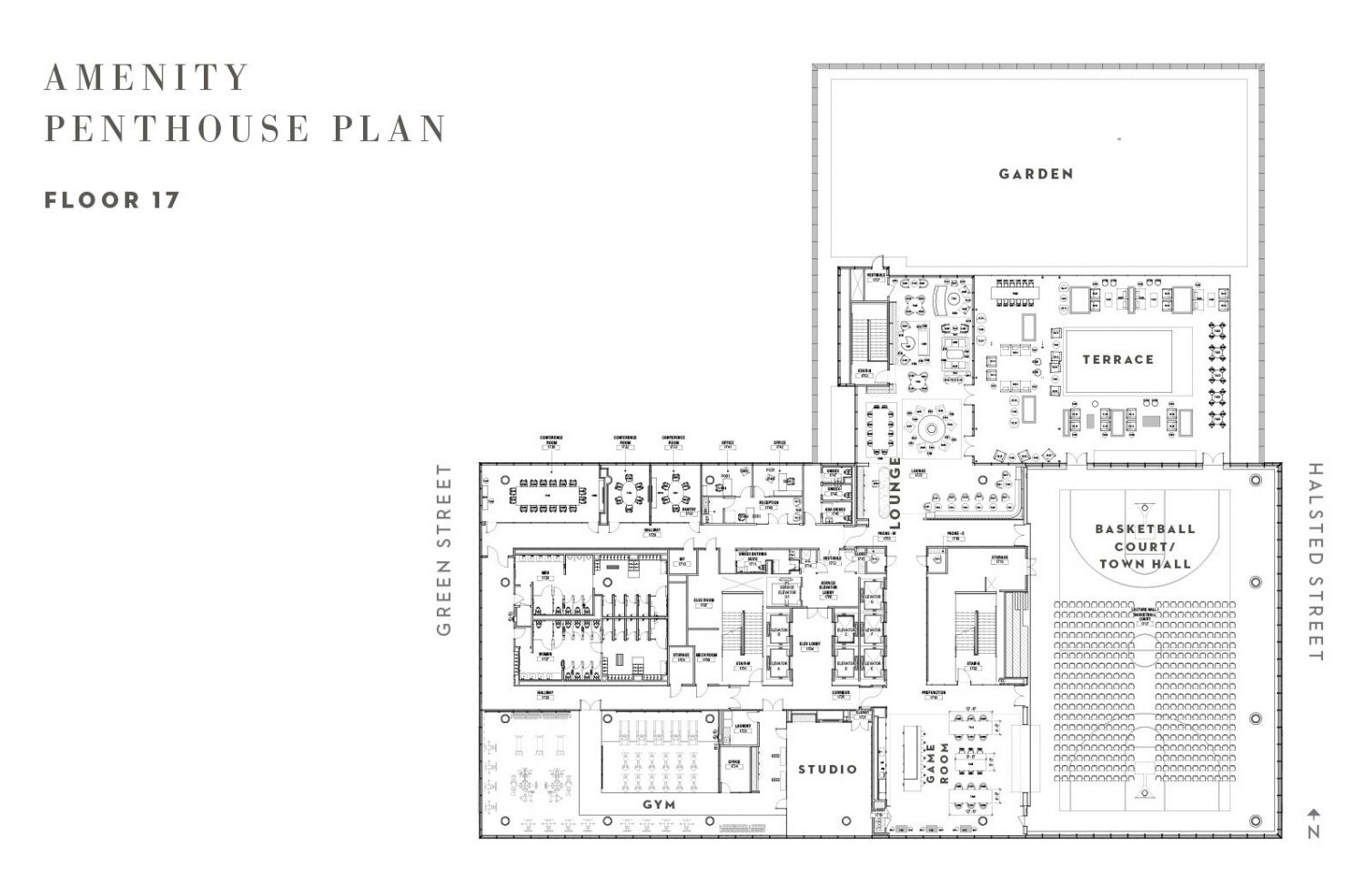 One of the building’s highlights is its 17th floor amenity penthouse, a full-floor layout with a fitness center, a terrace, a garden, a game room, a lounge, and a full-sized basketball court that can also host a 400-person town hall. The 16th floor tenant will have additional access to its own private roof deck. 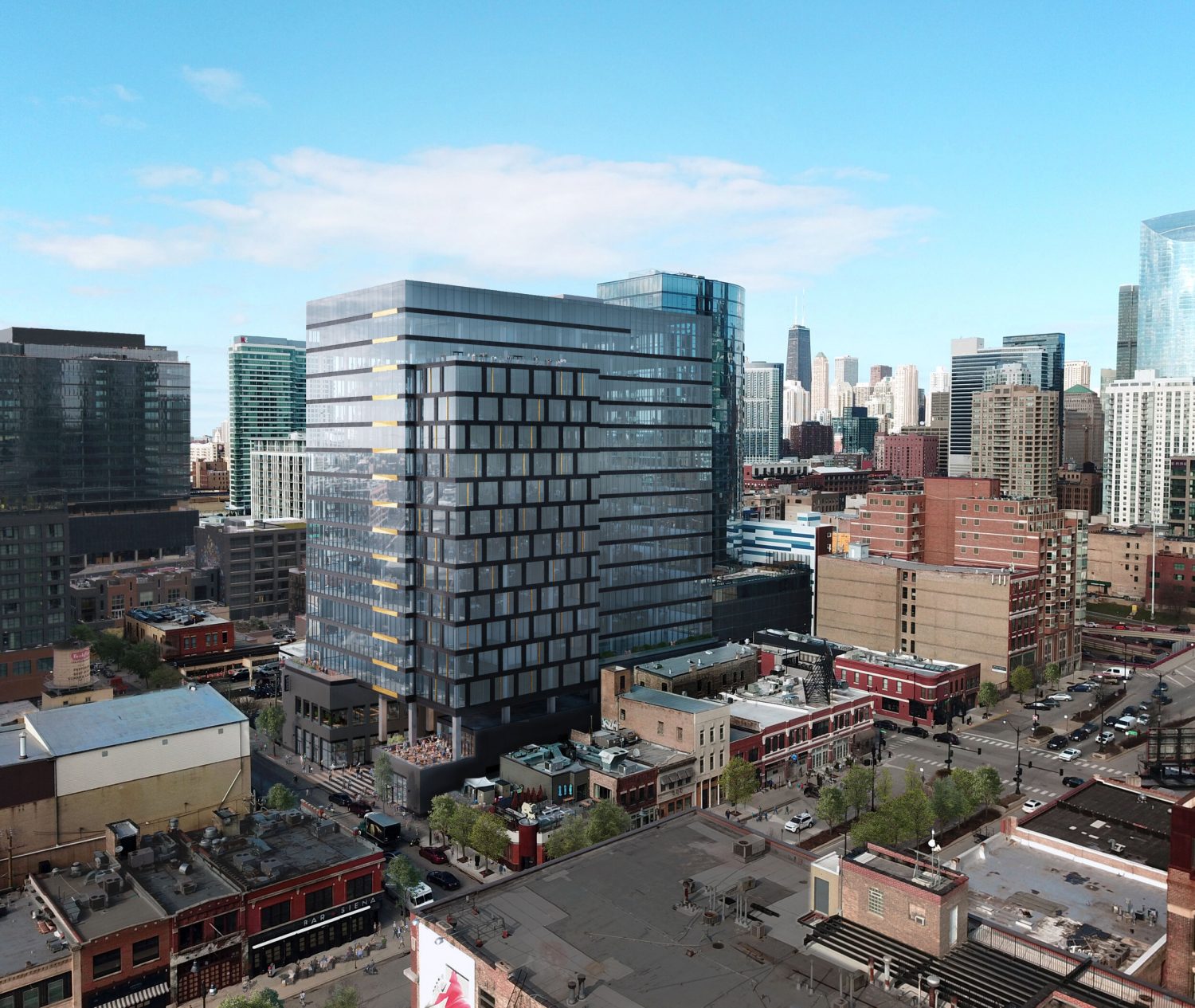 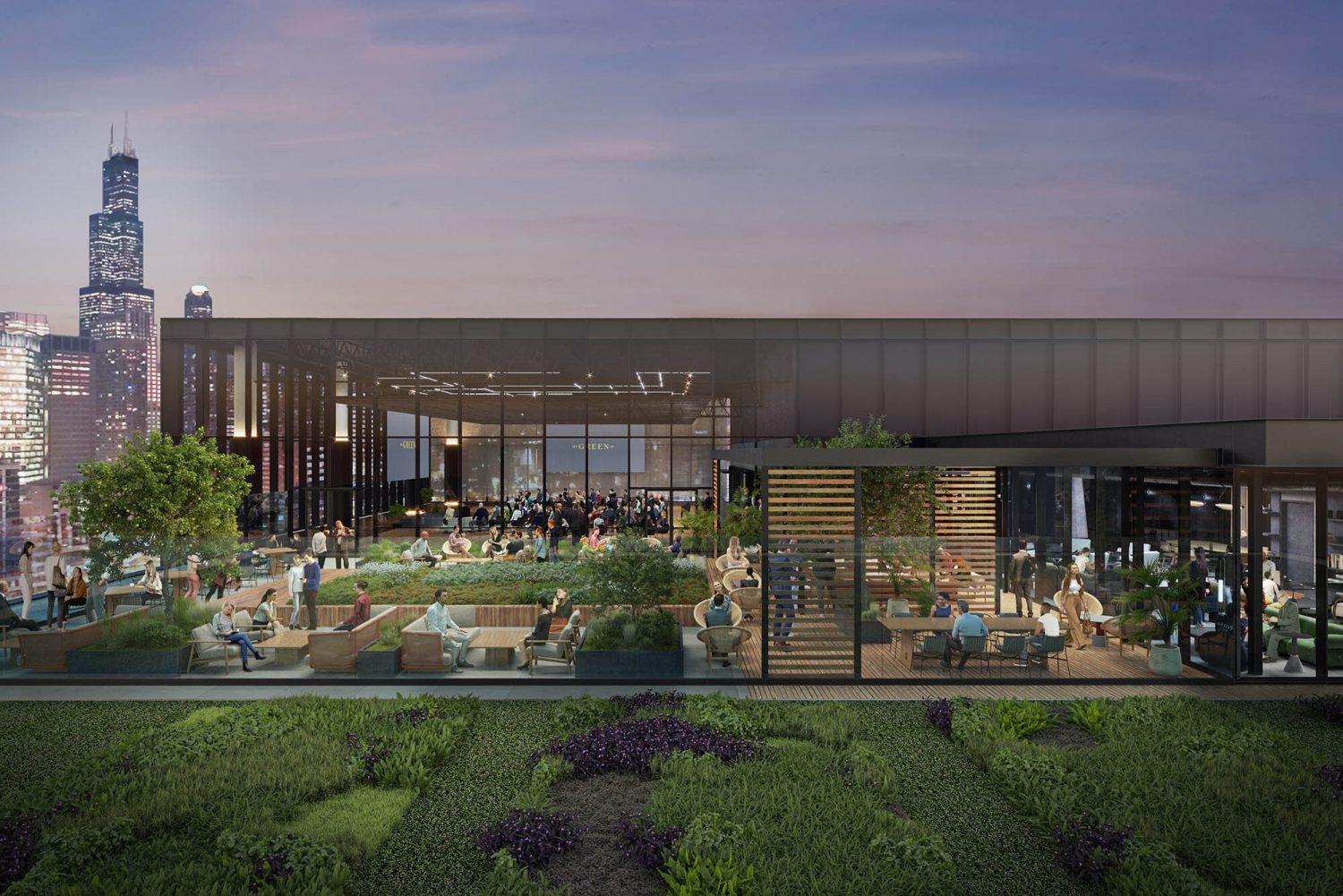 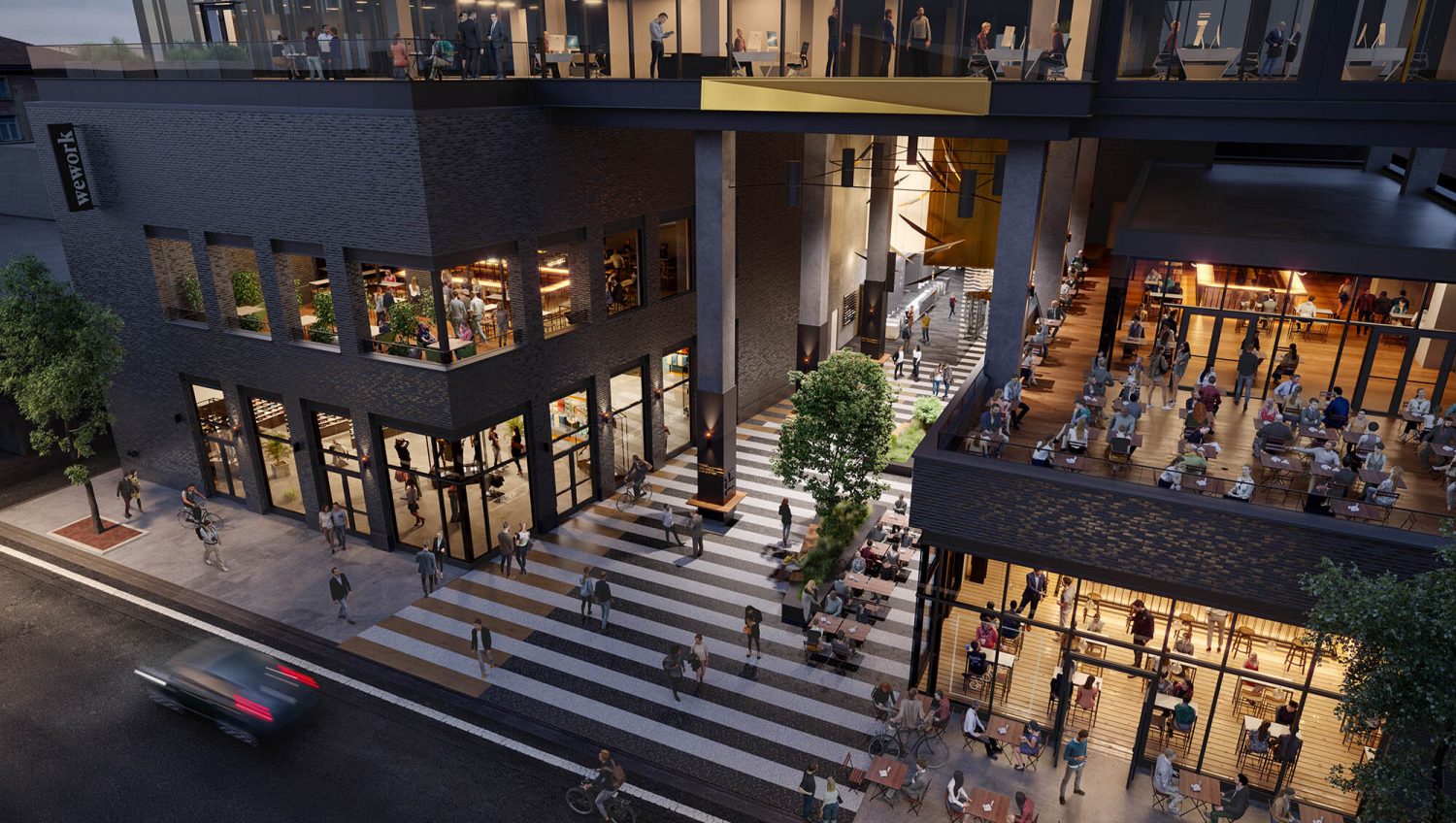 The Gensler-designed exterior of the office portion consists primarily of a tall glass curtain wall and metal paneling. The tower also intersperses a gold motif through a series of mullions and polygonal panels covering parts of the exterior faces and the Mews.

Meanwhile, CTA L access includes a four-minute walk west to Morgan station and a nine-minute walk east to Clinton station, both of which are serviced by the Green and Pink Lines. The Blue Line’s Grand station can also be found via a ten-minute walk north. 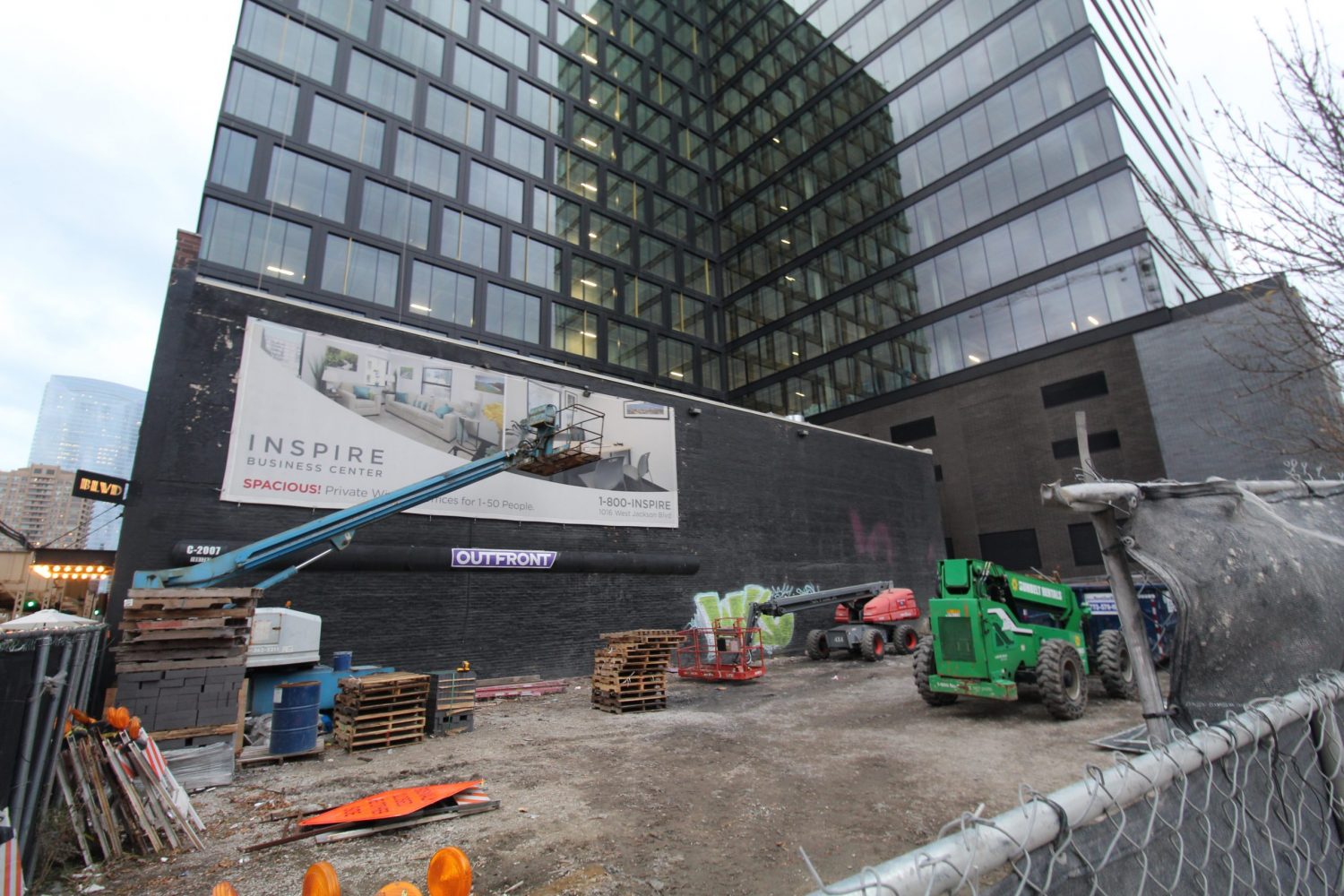 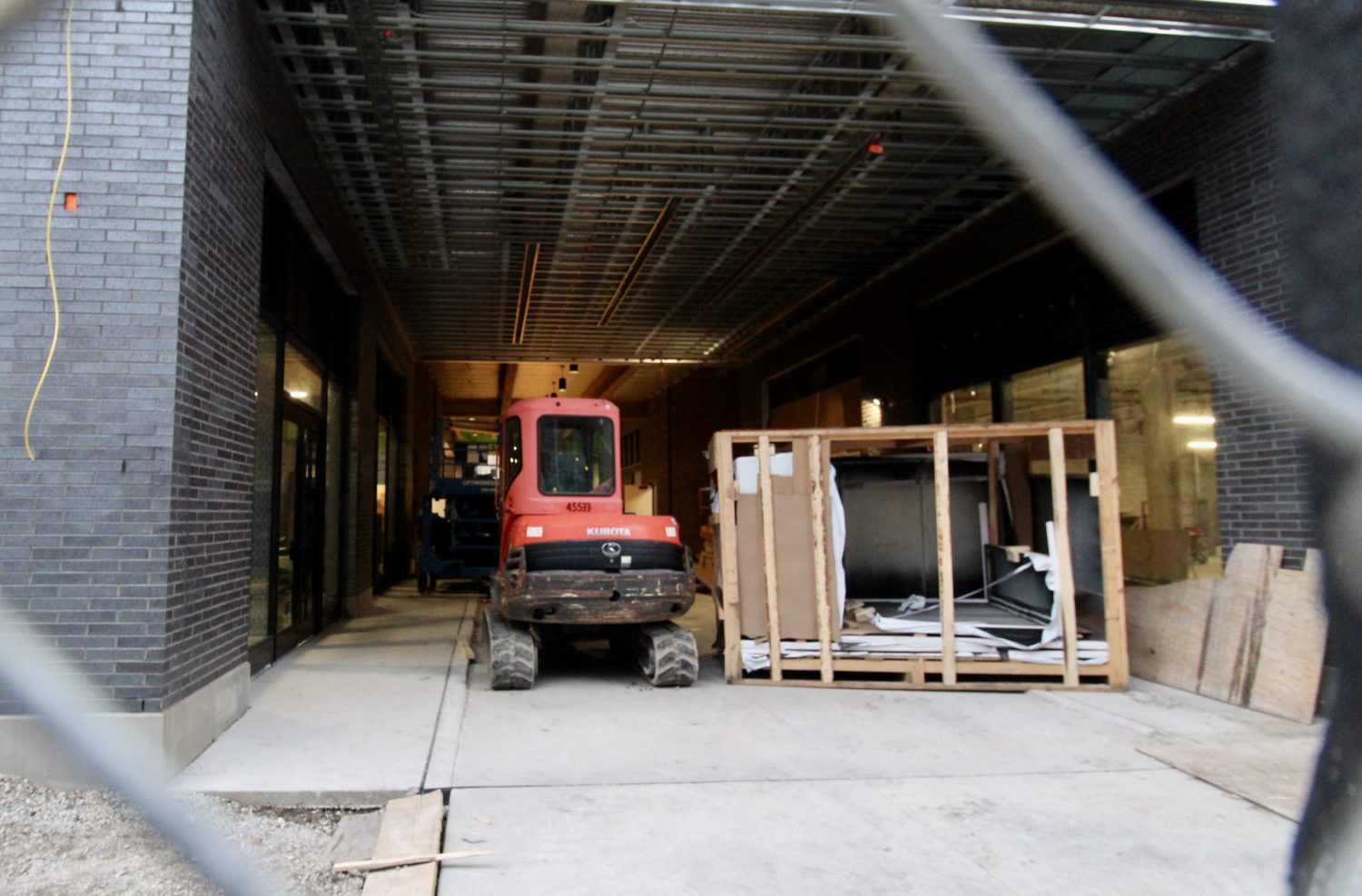 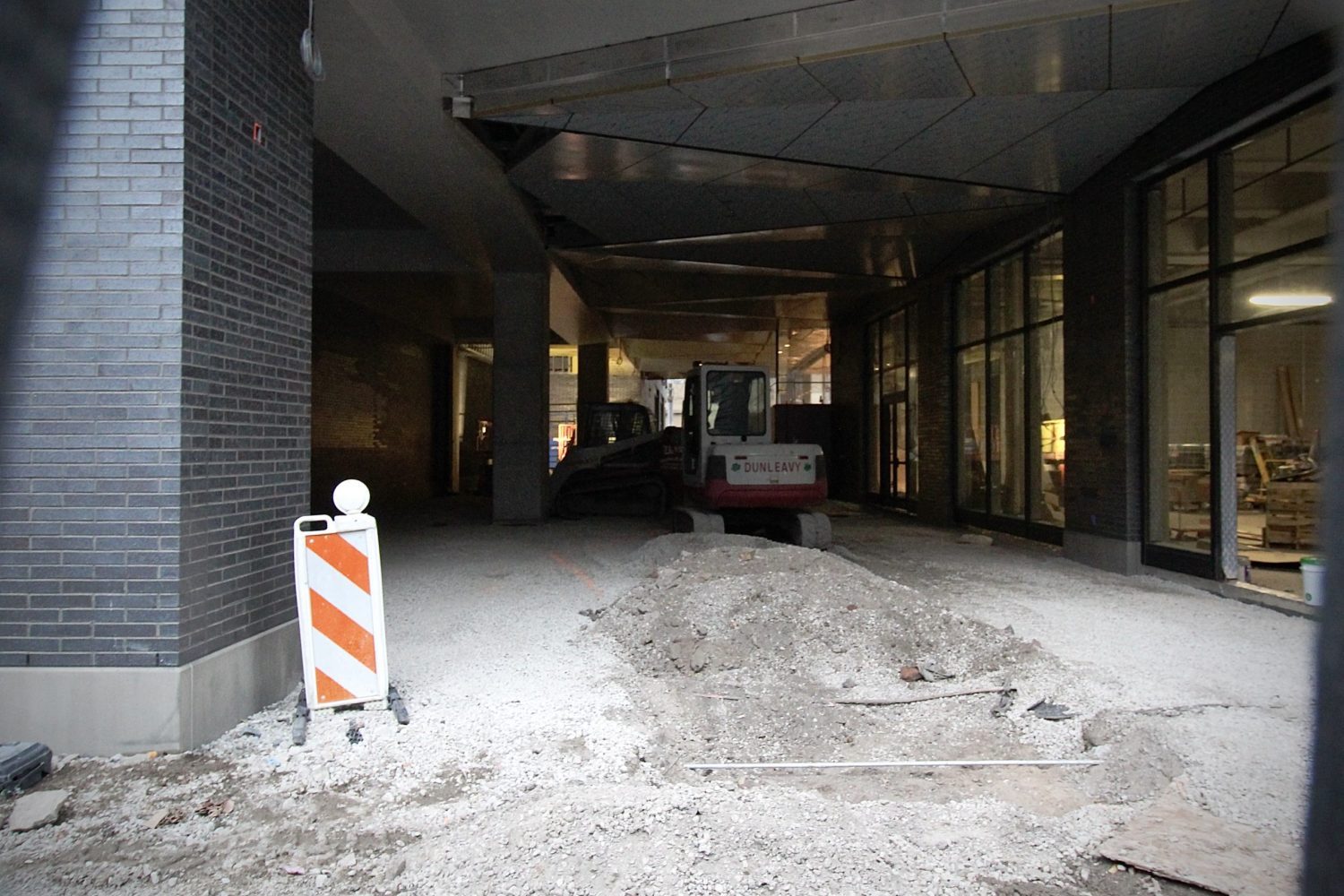 Focus is also serving as the general contractor. Photos show the majority of the remaining work within the Mews and along the base. A completion date is expected before the end of the year.