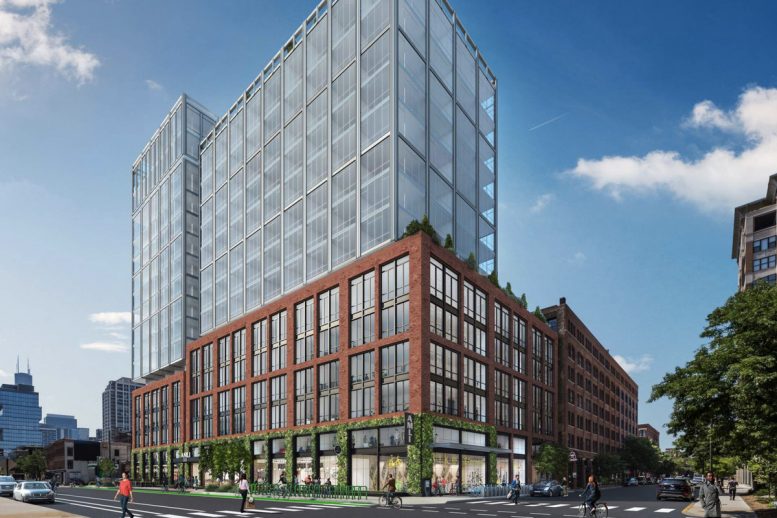 YIMBY has recent photos and visualizations of construction at 808 North Wells, aka “AMLI 808,” a 17-story mixed-use tower in River North. 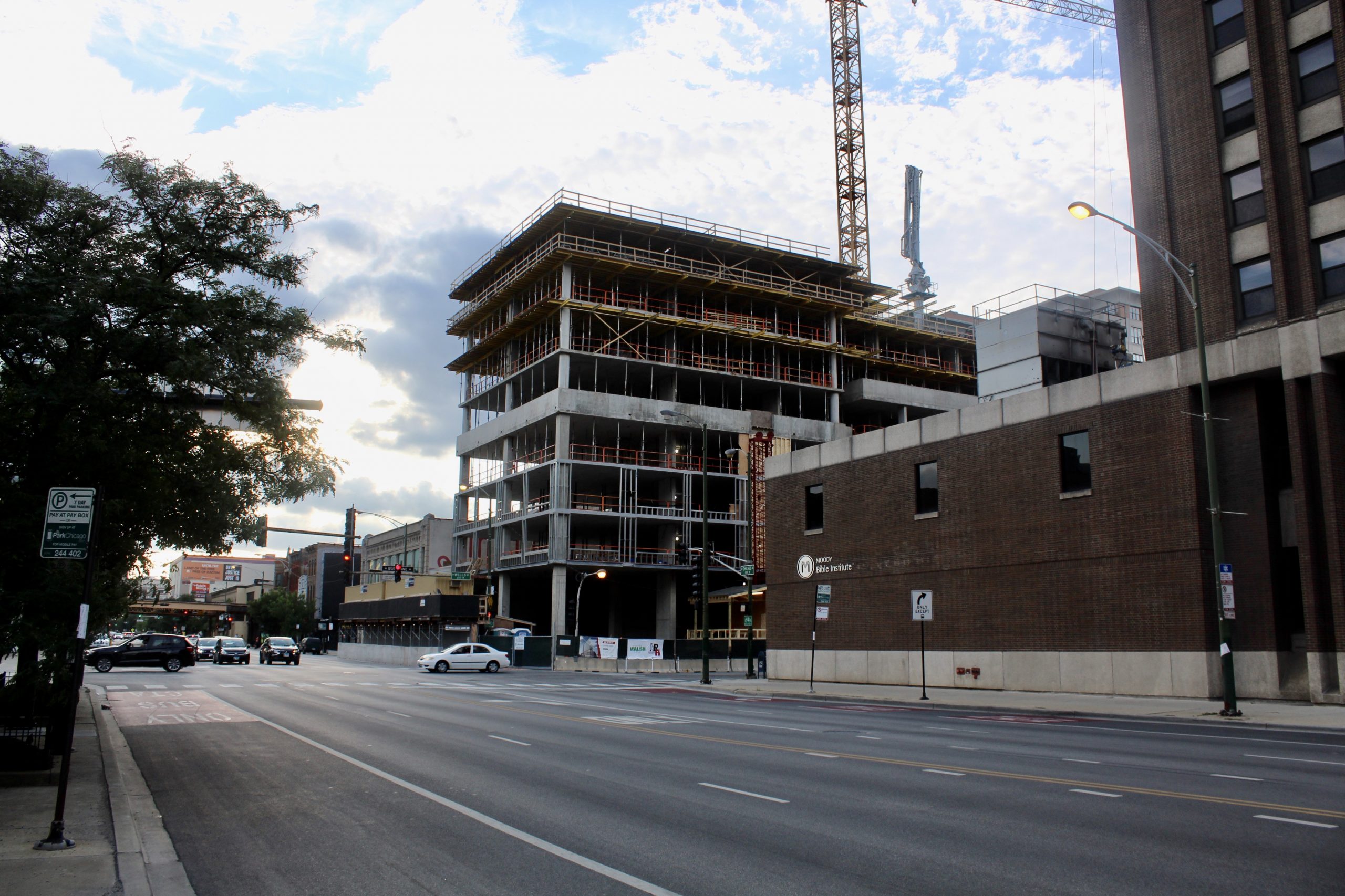 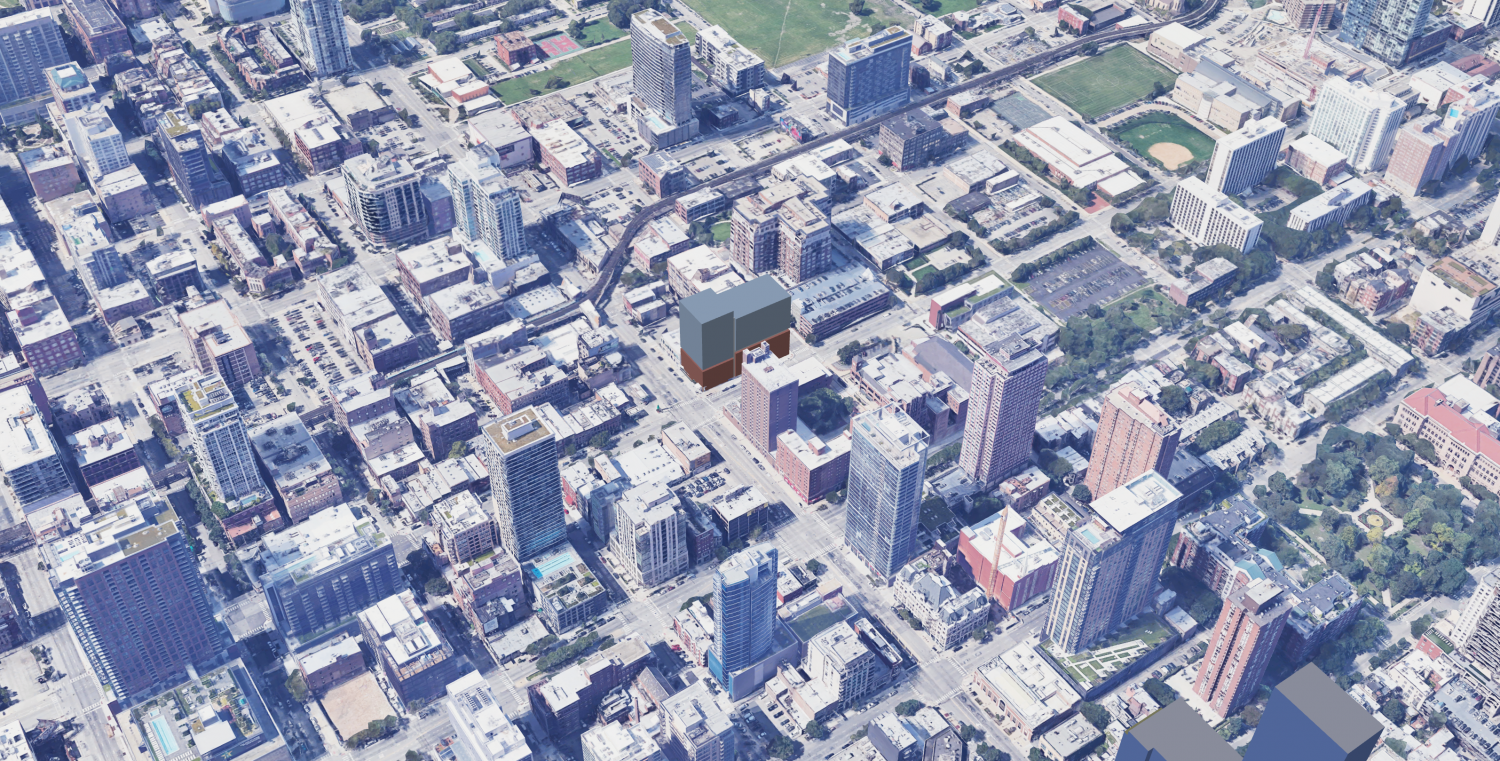 The site sits at the center of the Near North Side area, at the northern edge of the sub-neighborhood River North. Transportation access includes the 66 bus route, which stops at the Chicago & Franklin and Chicago & LaSalle intersections, a one-minute walk west and east, respectively. The CTA L Chicago Station, serviced by the Purple and Brown Lines, also lies two minutes southwest.

The building’s ground floor will include space for both parking and commercial components. As far as primary programming, developer AMLI Residential initially planned 297 apartment units within the building. However, Crain’s Chicago Business reported last month that AMLI had sought a zoning amendment to allow for 44 short-term rentals in addition to residential units, marking another example of the recent trend to include both residences and hospitality in the same development. Other examples include CMK Development‘s Coeval Apartments in South Loop, which partnered with hospitality company Sonder to create an additional wing of short-term furnished apartments. 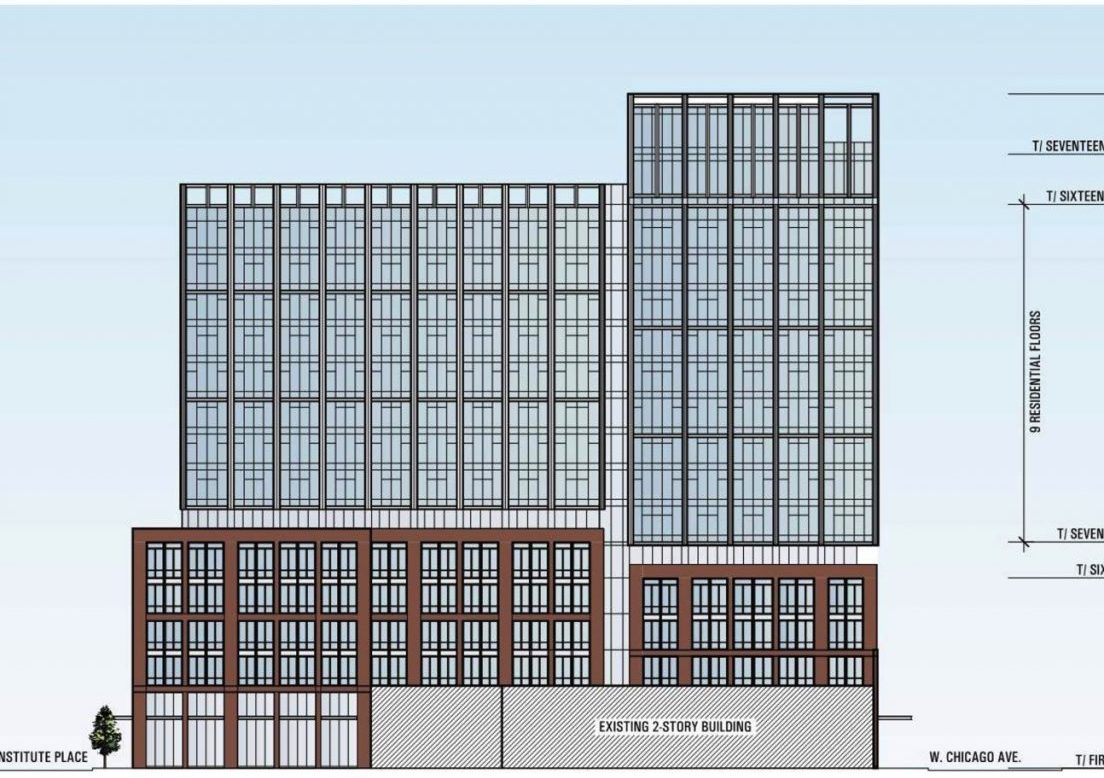 Architecture firms NORR and Hartshorne Plunkard Architecture are behind the design, which features a five-story brick podium, with 12 floors above enveloped in a glass curtain wall. Through a series of setbacks and facade offsets, the structure’s mass appears to split both vertically and horizontally, appearing as four distinct quadrants. The development will also sit on an existing edifice, previously occupied by Manifesto Furnishings, which will be incorporated aesthetically into the building’s base.

With the building’s ascent passing the halfway mark, construction looks to wrap up some time next year. However, no official occupancy date has been announced.