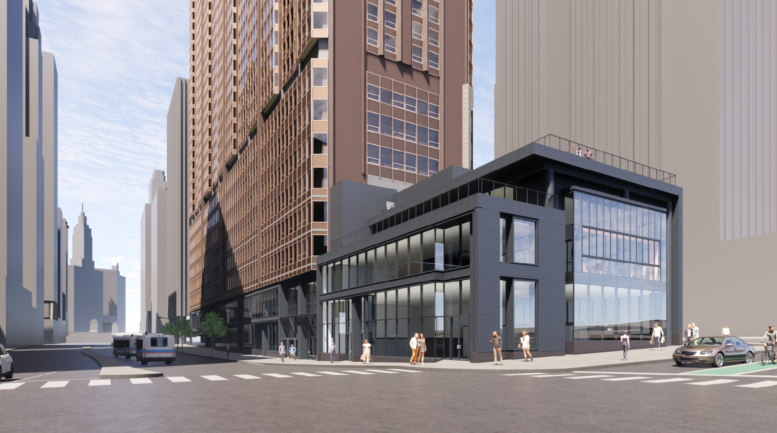 A demolition permit has been issued for the former La Strada restaurant at 151 N Michigan Avenue, paving the way for a new three-story commercial building. The project is being spearheaded by BJB Partners, with plans for 15,000 square feet of leasable space. 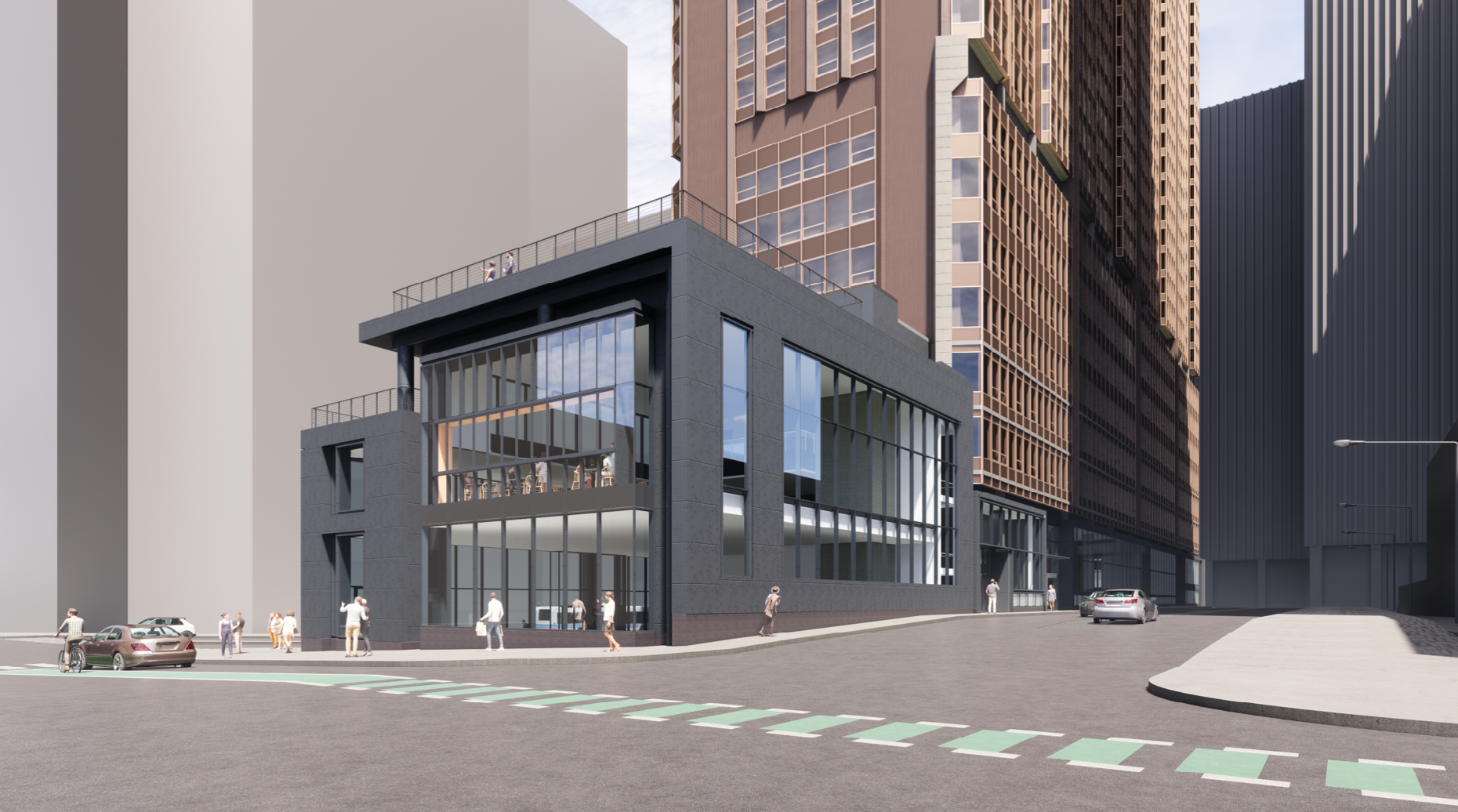 Situated at the intersection of Randolph & Michigan, the development will provide a new stretch of street wall along the intersecting thoroughfares, with roughly 5,300 square feet of retail on the first level. The retail component will be divisible into either two or three spaces. The second and third levels will house either restaurant or commercial space, with plans for the second level to connect to the adjacent Millennium Park Plaza. 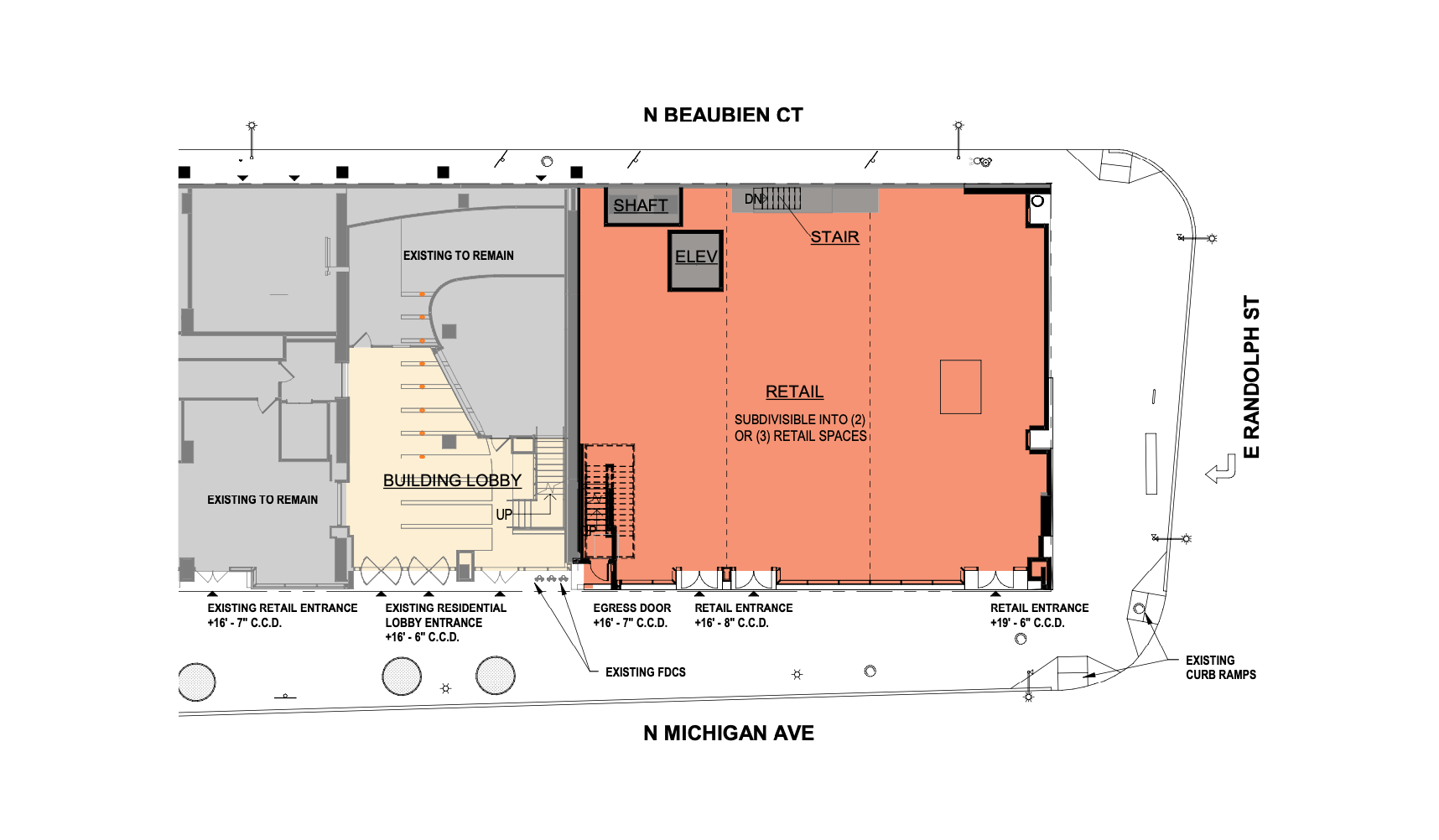 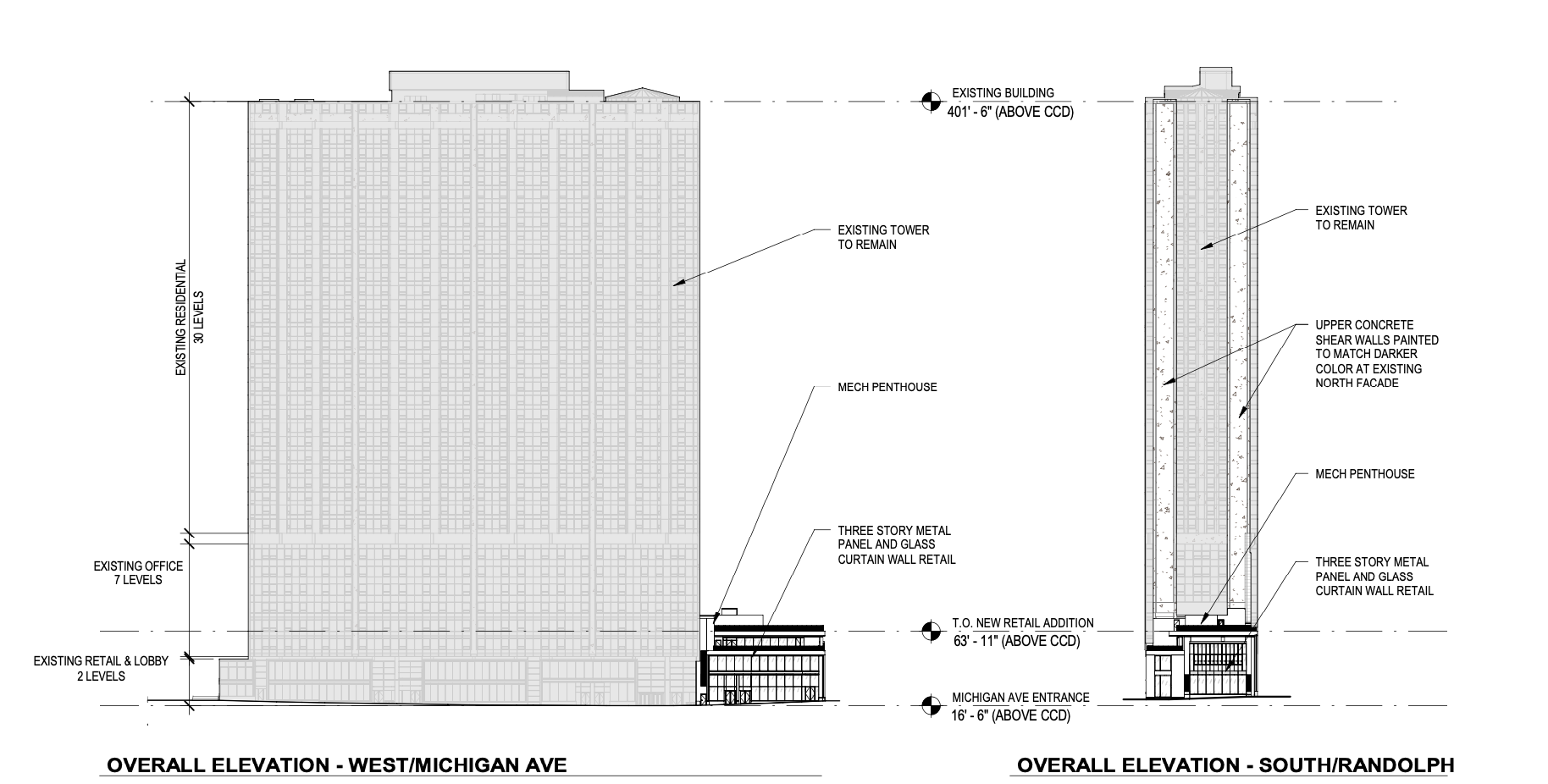 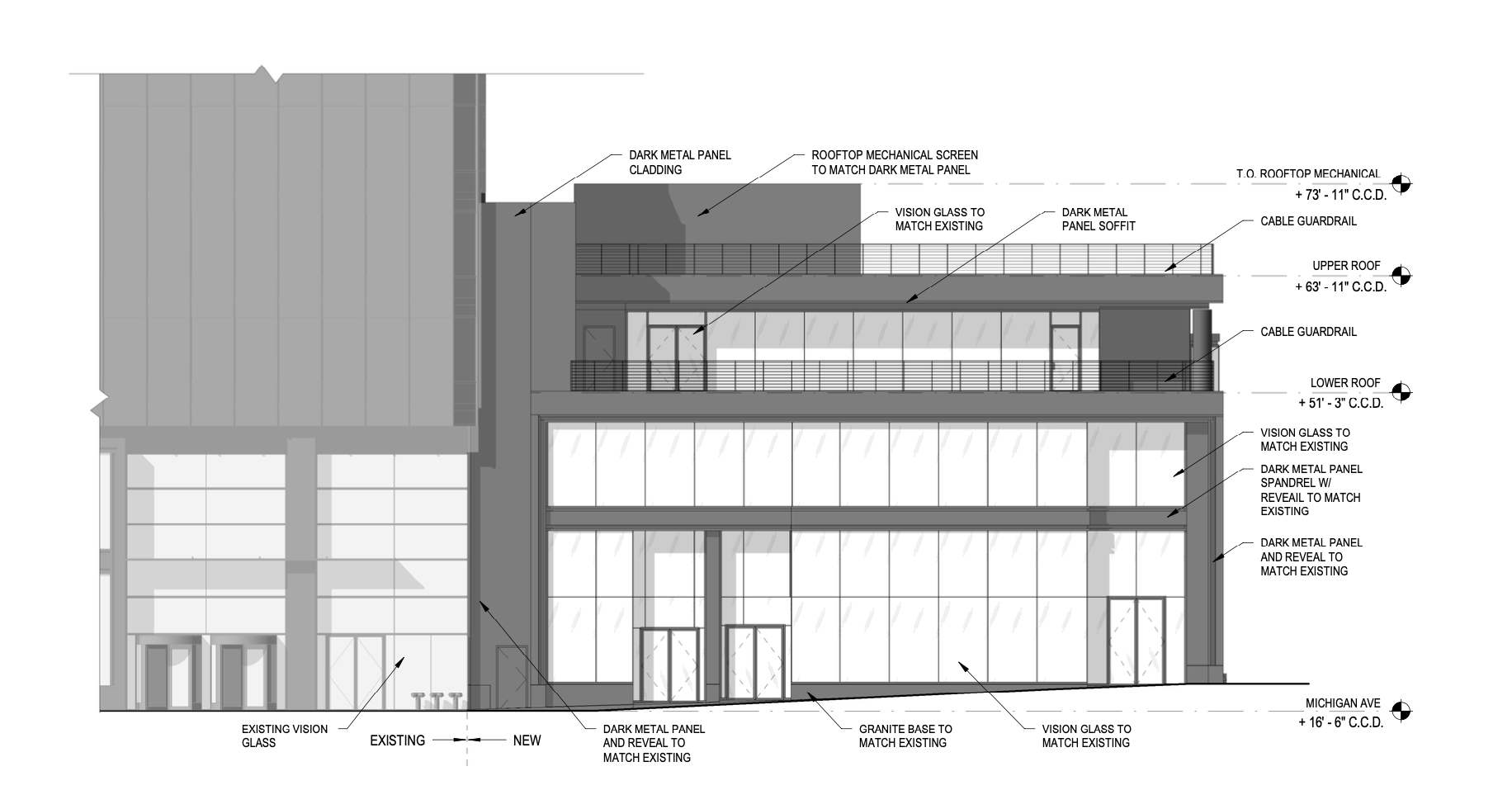 Standing 74 feet, the contemporary design has been envisioned by Lamar Johnson Collaborative. The facade will be comprised of dark metal paneling and large vision glass windows throughout. There will also be terrace space both on the third and rooftop levels, lined with cable guardrails. The third-floor terrace span 1,000 square feet, while the rooftop space will be even larger and is expected to serve residents of Millennium Park Plaza. 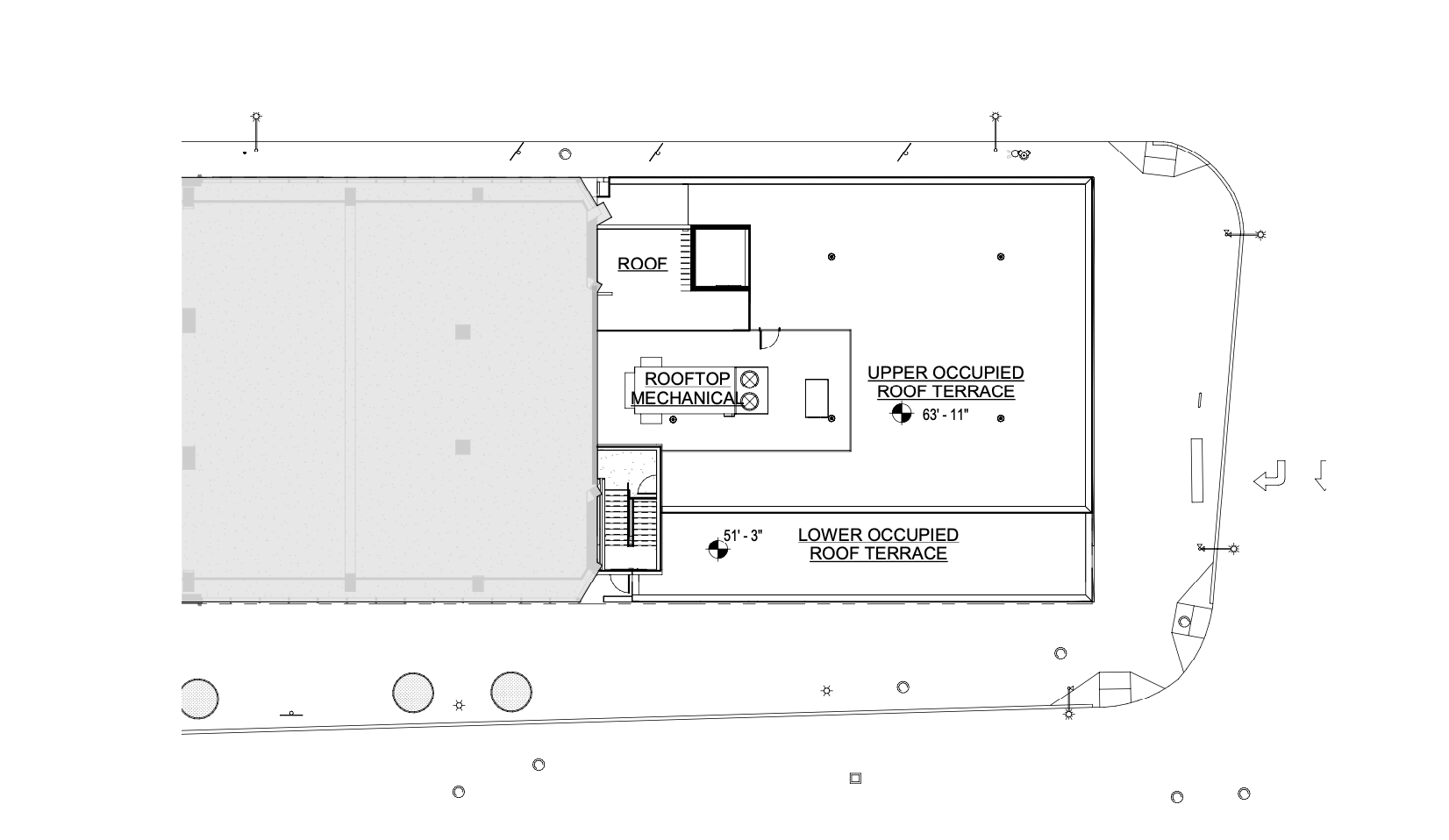 While no new parking will be added, the heavily transit-oriented site will provide immediate bus access to Routes 3, 6, 20, 26, 66, 143, 147, 151, 157, 850, 851, and 855 along the adjacent Michigan & Randolph intersection. For rail service, the Metro can be found caddy-corner via Millennium station, while all CTA L lines can be found within a roughly five-minute walk. 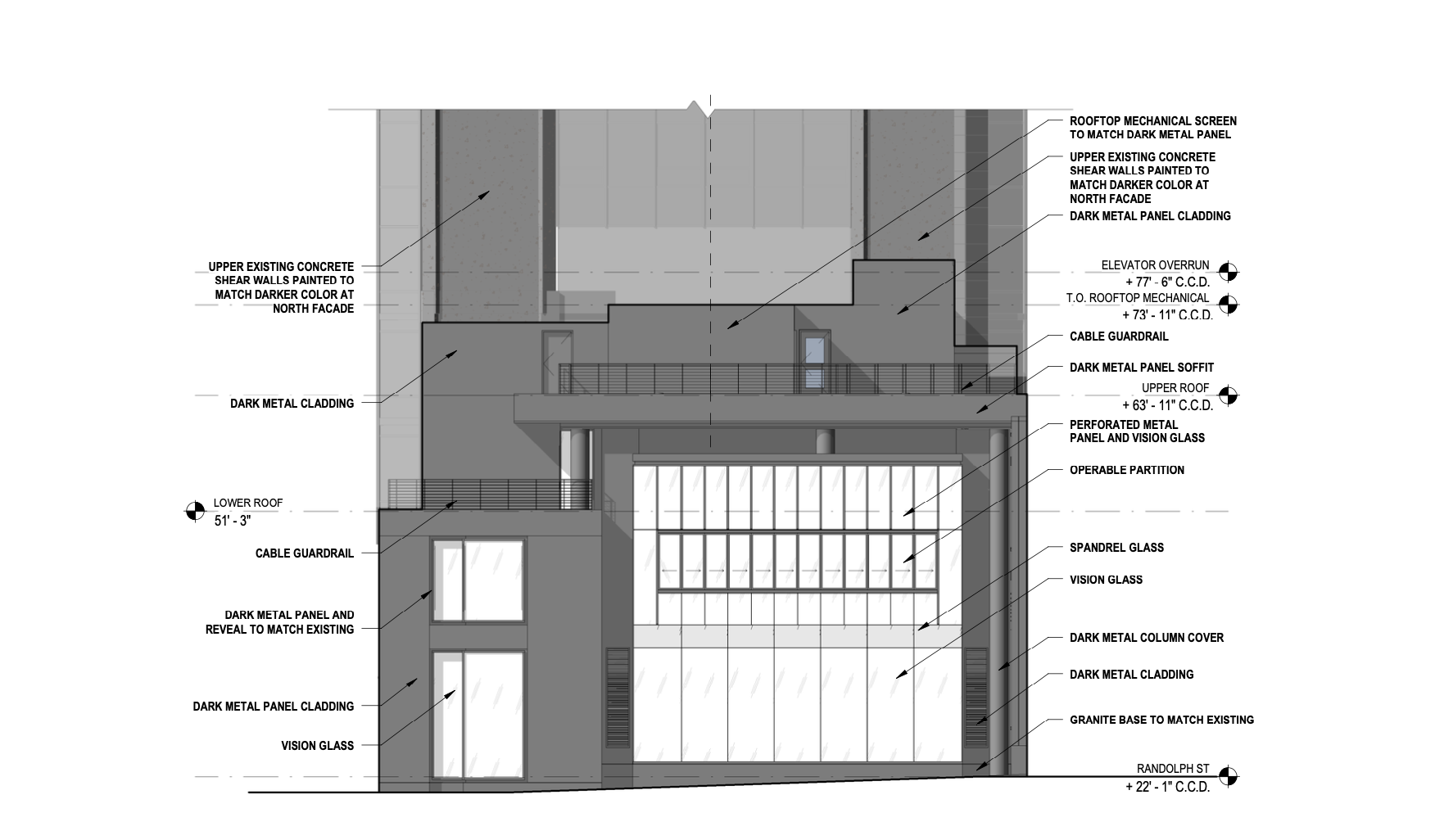 McDonagh Demolition is serving as the wrecking contractor. Full timeline details have not yet been revealed.