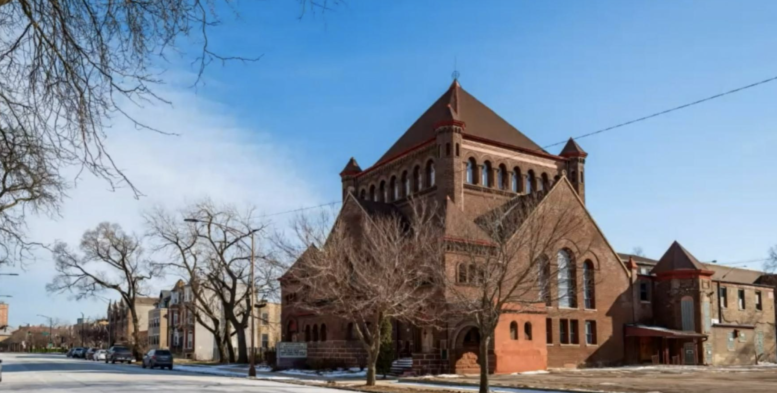 The Chicago City Council has issued landmark status to the Monumental Baptist Church, located at 729 E Oakwood Boulevard in Grand Boulevard. The historic church was established in 1899 by architects Patton, Fisher, and Miller.

As previously reported, the original congregation of the church was largely attached to the old University of Chicago campus in Bronzeville. Over the years the neighborhood gradually shifted demographics as a result of the Great Migration. The original parish shuttered its doors in 1925. The church stood vacant for nearly a decade before it was acquired by another baptist congregation in 1934. Upon this acquisition, the church was rechristened to the Monumental Baptist Church.

The structure’s architecture is in keeping with the Romanesque Revival style, including a large central tower encircled by gables in all four cardinal directions. Rounded archways and rustic stonework are heavily featured in the building’s exterior. 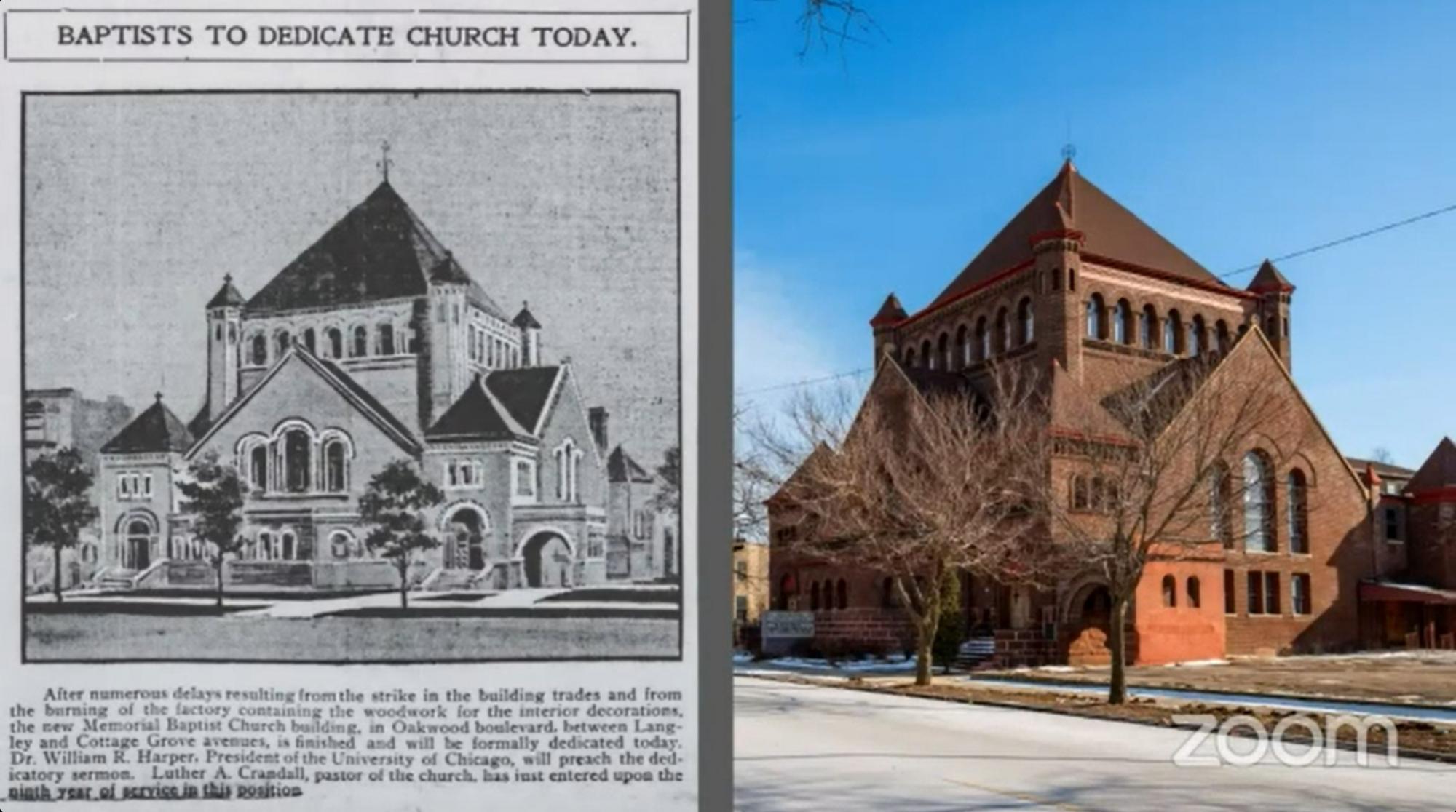 The church was found to have met many of the crucial landmark criteria which helped secure its safety. This included: Criterion 1 – Value as an Example of City, State, or National Heritage, Criterion 3 – Significant Person, Criterion 4 – Exemplary Architecture, Criterion 5 – Work of Significant Architect or Designer, and Criterion 7 – Unique or Distinctive Visual Feature.

The church was also found to meet the Integrity Criterion, as the structure remains almost entirely intact. Changes to the building are limited to the replacement of the roof, new entrance doors, and some new windows, work that is consistent with a building of this age.

With the City Council Approval, the Monumental Baptist Church is now safe from future demolition bids. The landmark designation will specifically prevent any changes to the church’s exterior elevations and rooflines. Renovation work may still be possible, especially in the event of any future preservation work.