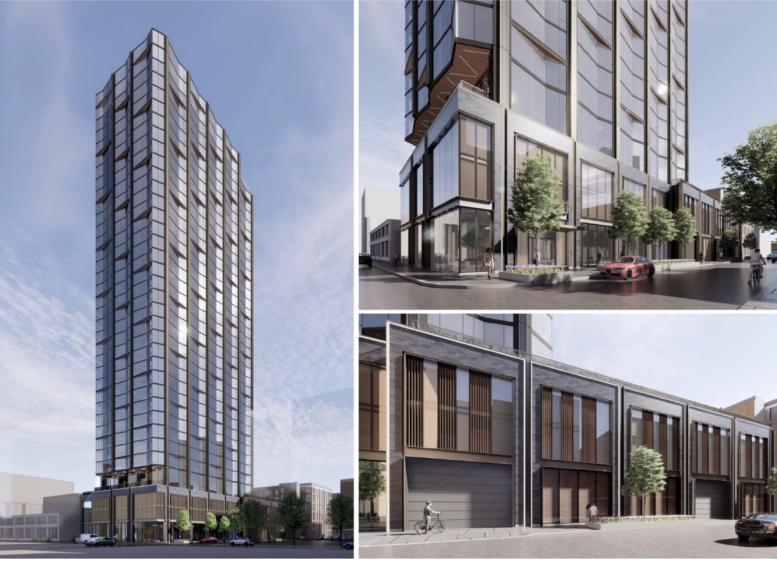 Initial details have been revealed to the Committee on Design for a residential development at 301 S Green Street in the West Loop. Located on the south east corner W Jackson Boulevard, the new high rise will replace two low rise masonry commercial buildings and its parking lot. The team behind the building consist of co-developers GSP Development as well as GOLUB & Company with local architecture firm Goettsch Partners working on the design. 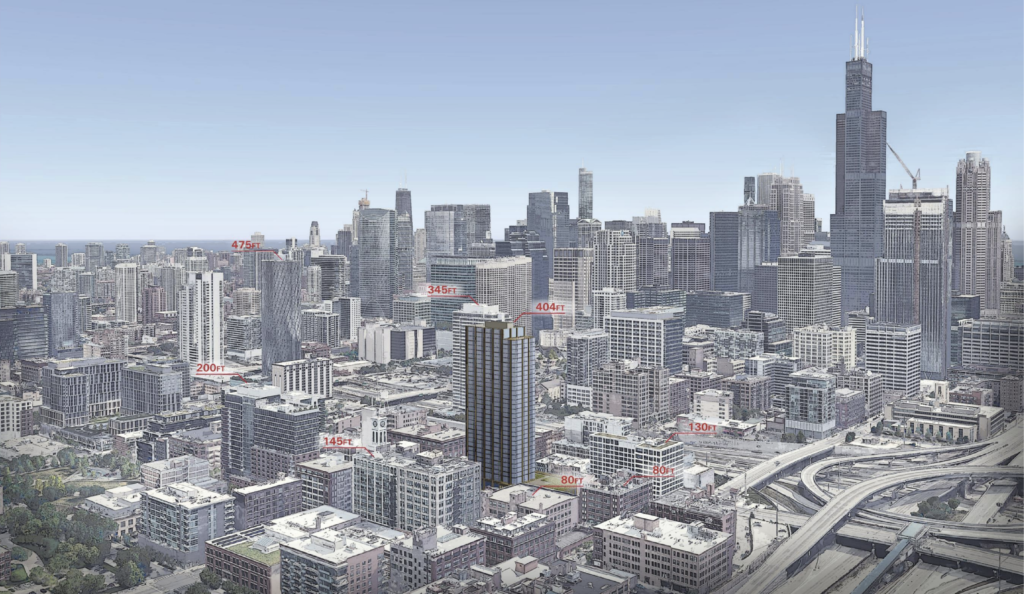 The new tower will rise 36 stories at 404 feet tall, keeping it within context of other nearby tall buildings like the nearby 345-foot-tall Arkadia West Loop built in 2015 and the adjacent 130-foot-tall The Van Buren. Located just a few steps away from the main Greektown commercial strip, the new structure’s ground floor will not contain any commercial space, only a residential lobby and two curb cuts on Green Street, one for a loading dock and the other for the parking garage entrance. 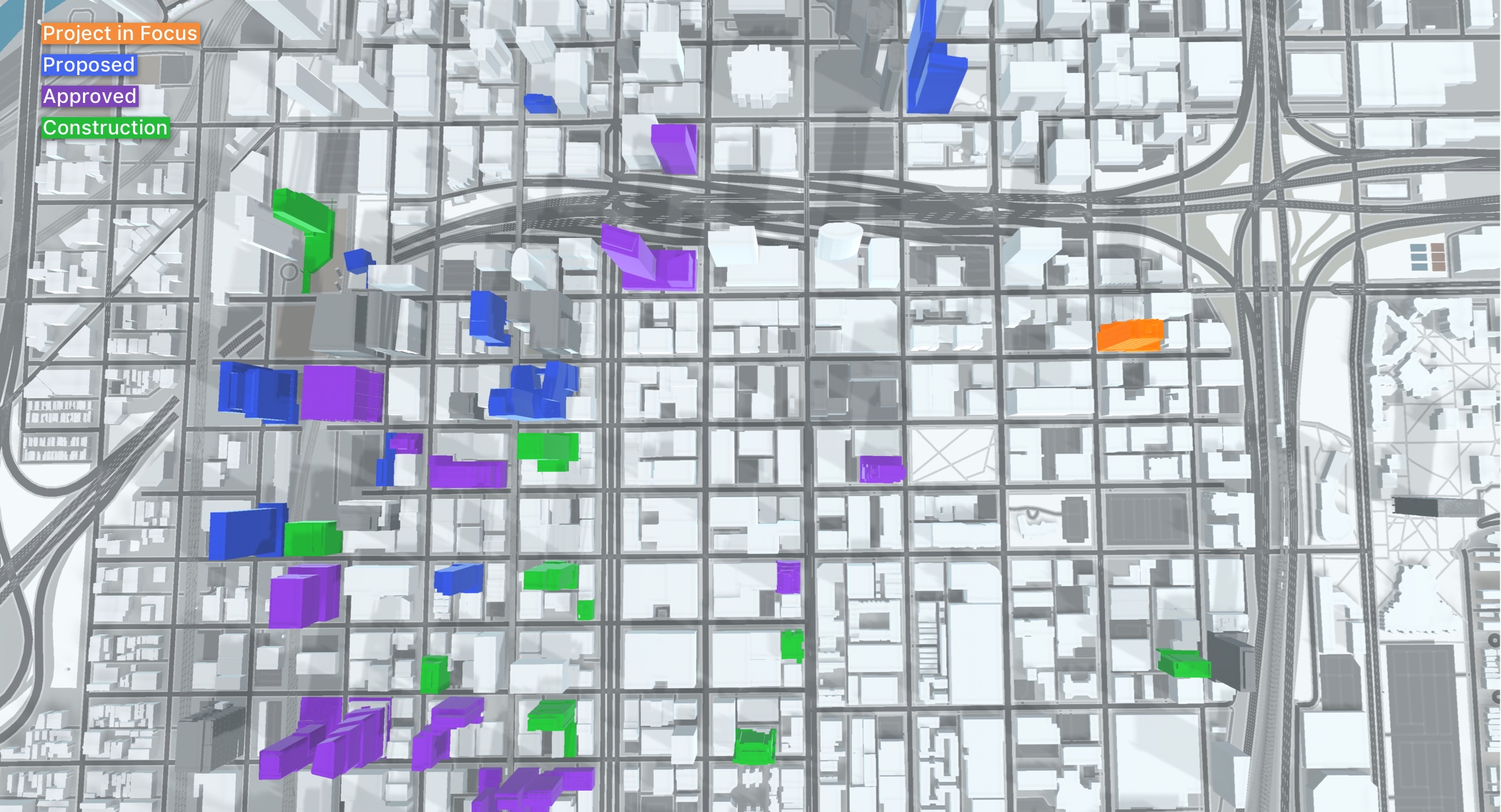 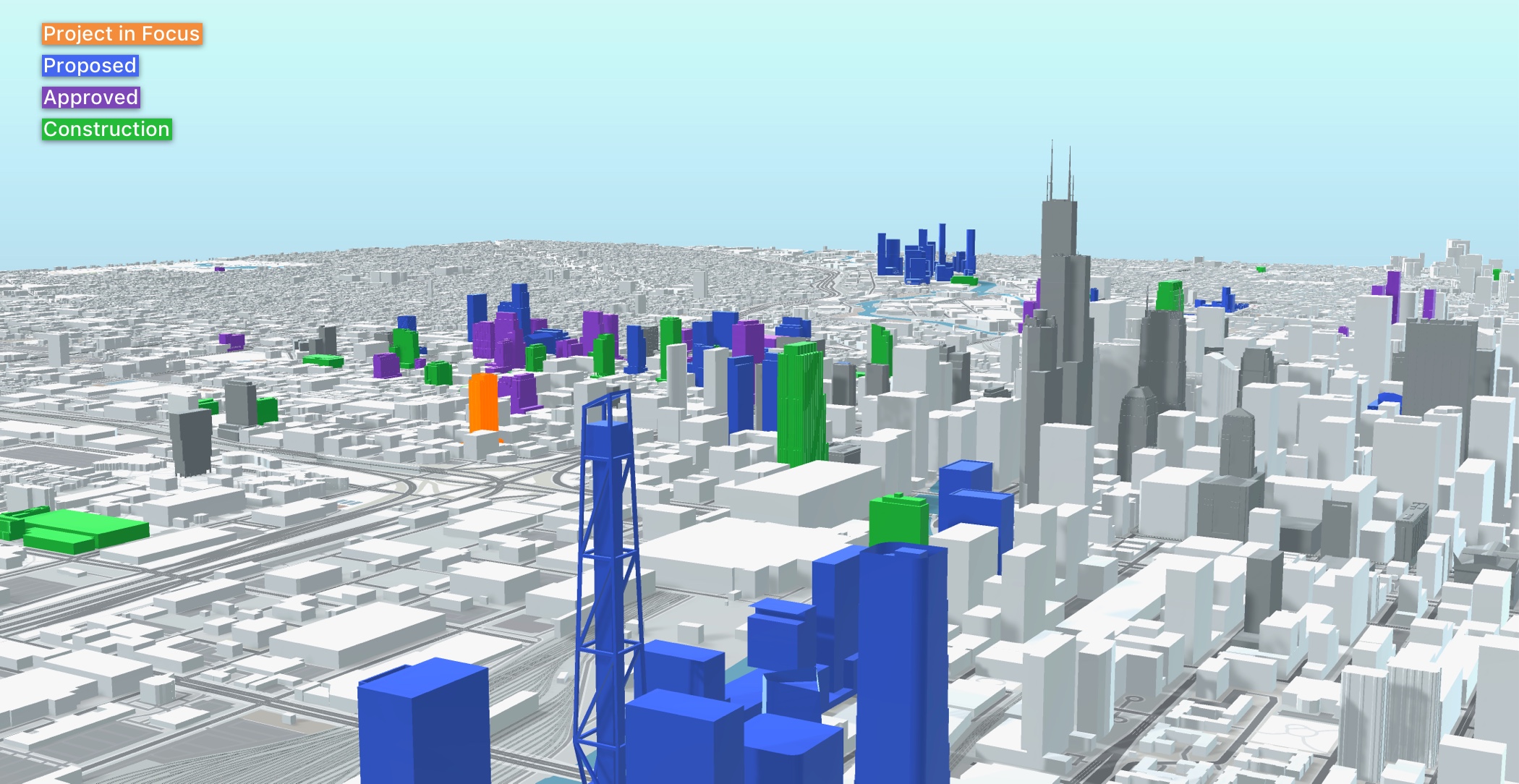 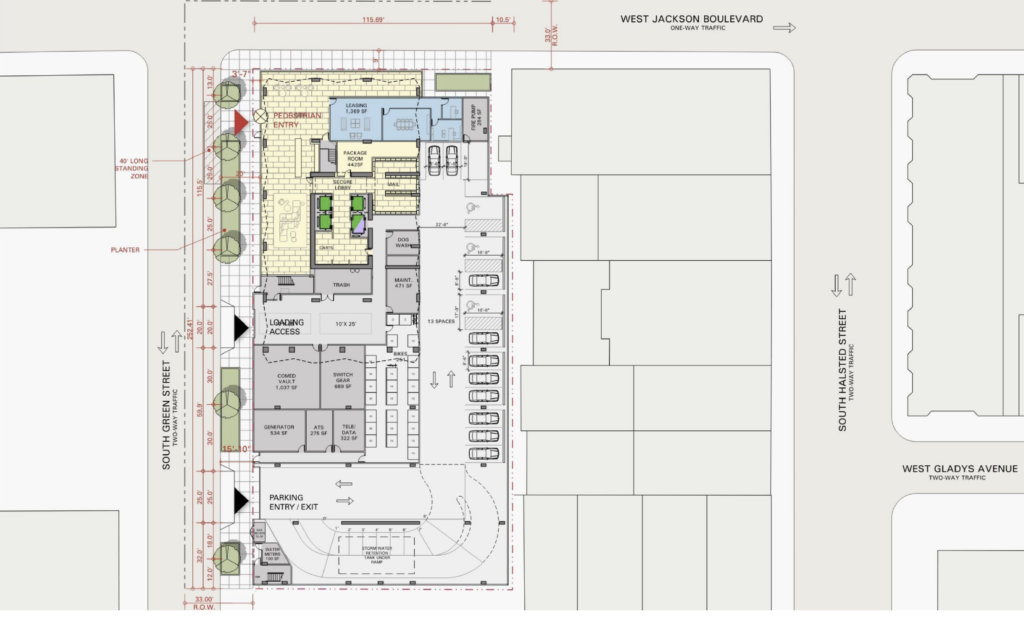 Rising 41 feet in height, the new podium will encompass the whole 31,214-square-foot site and feature a different facade system to connect with the context of the surrounding built environment. Aside from the aforementioned ground floor, the podium’s remaining two stories will hold 129 vehicle parking spaces, 251 bicycle parking spaces, and two massive tenant storage rooms for future residents to use. 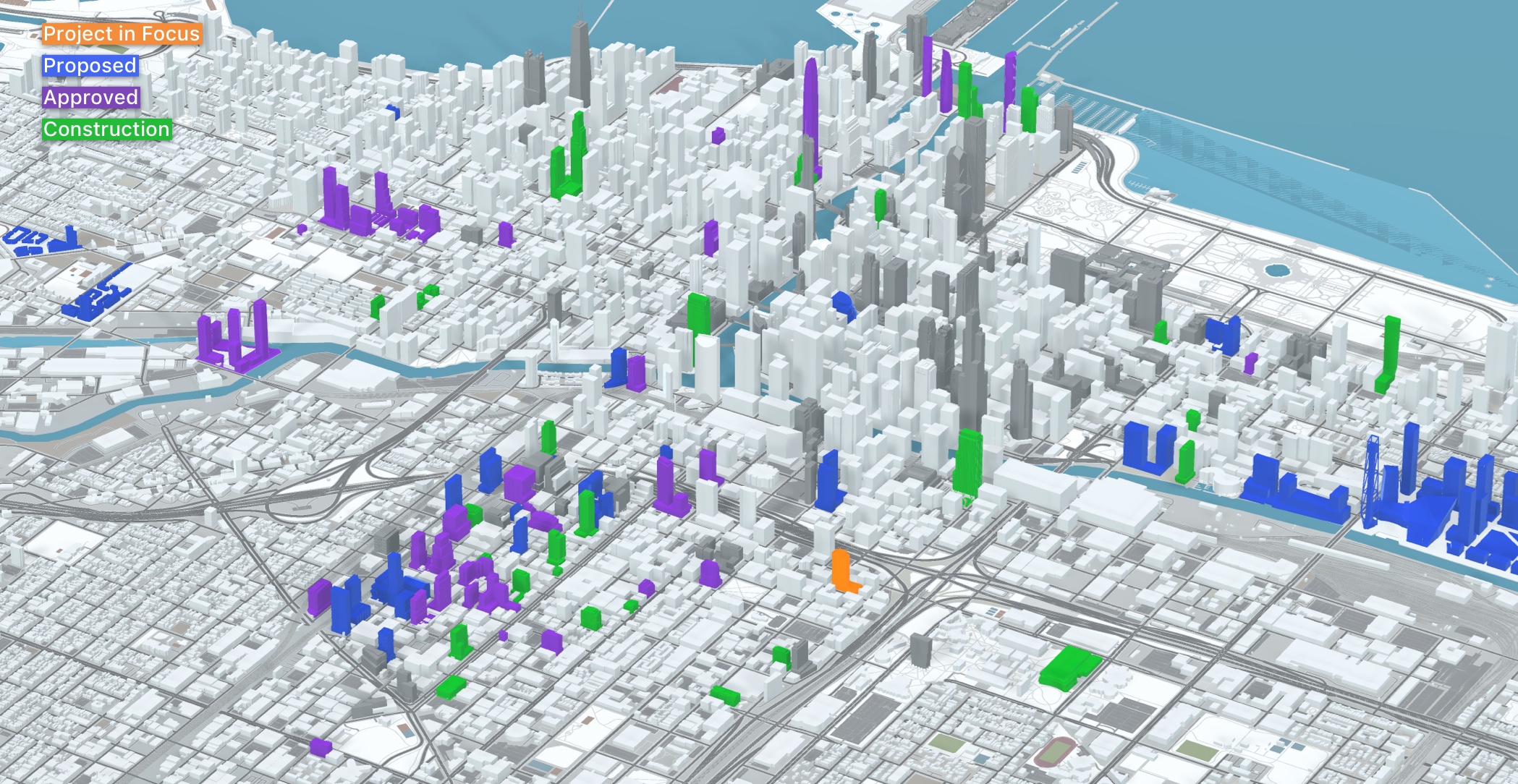 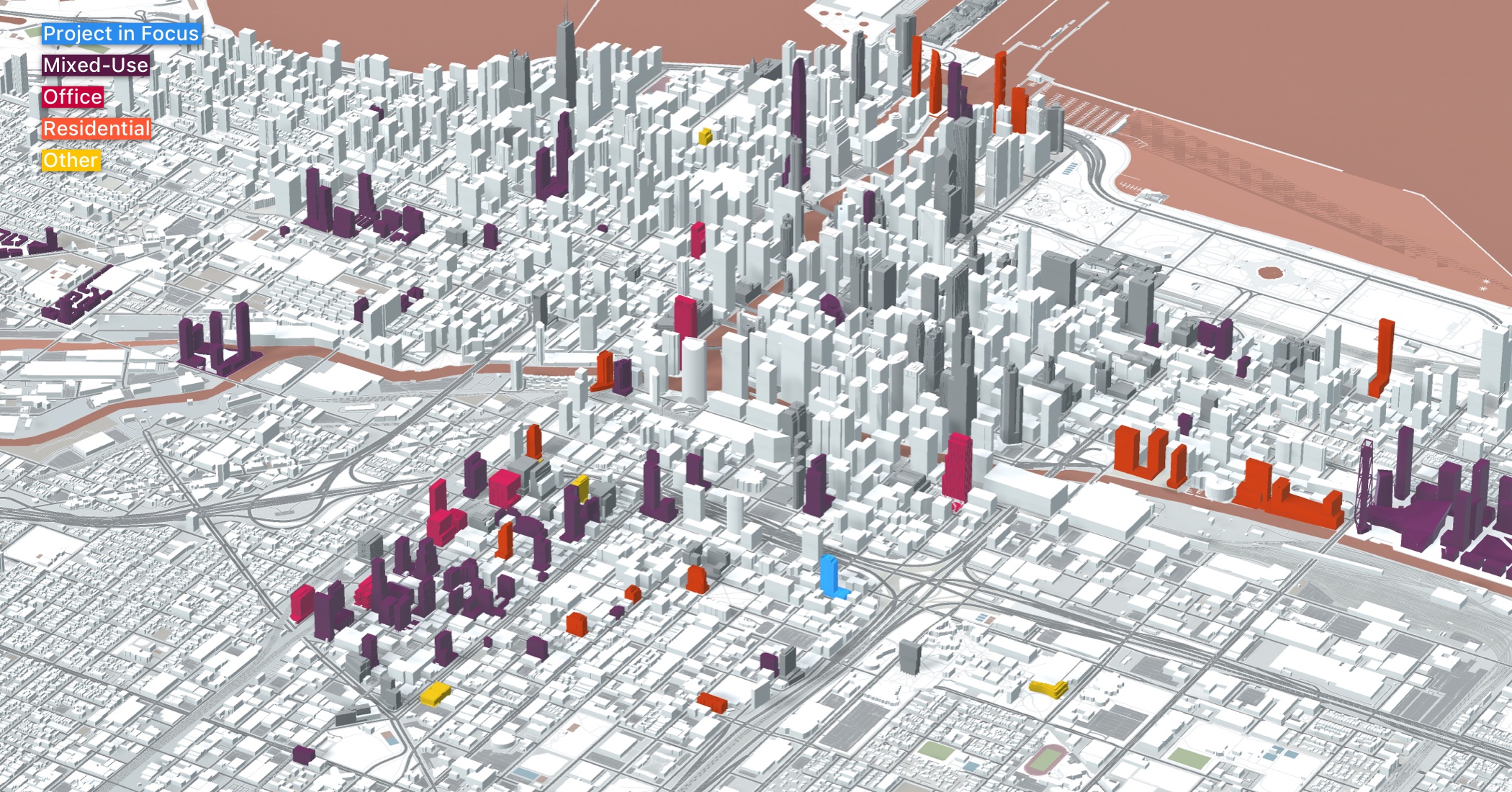 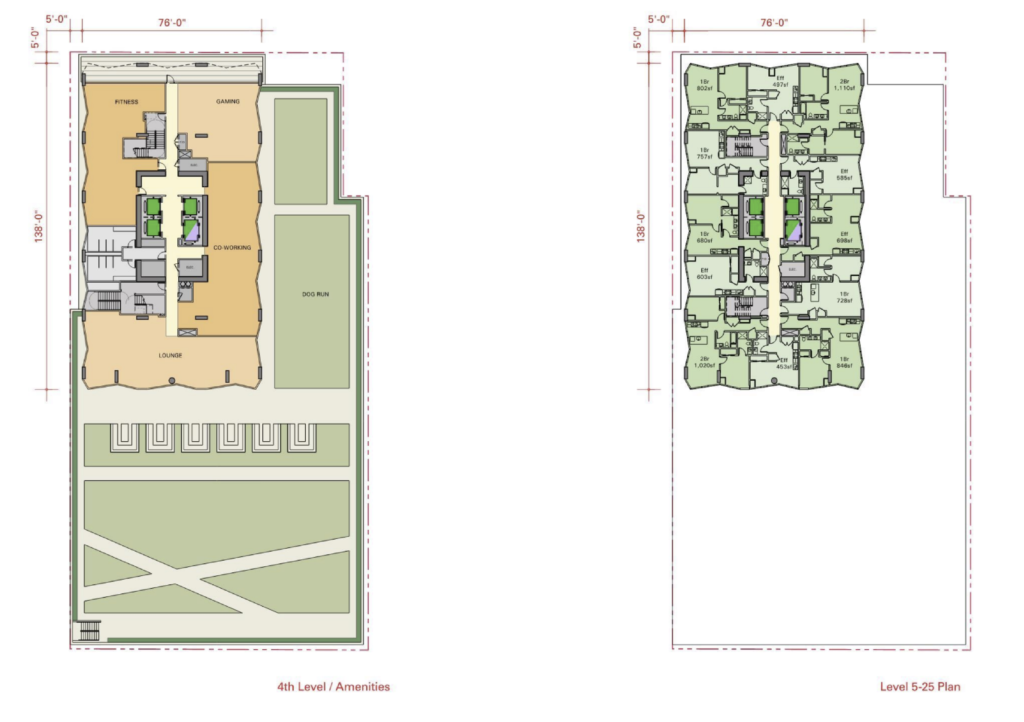 The tower itself will consist mainly of 362 residential units split into 135 efficiency apartments ranging from 453 to 698 square feet, 155 one-bedrooms ranging from 680 to 846 square feet, and 72 two-bedrooms ranging from 1,020 to 1,211 square feet. The building will need to provide 20 percent of its units to be affordable, the final number and location were not disclosed but it is worth noting the area’s median income is above $90,000 per year. Tenants will also have access to plenty of amenity spaces including a lounge, co-working space, gaming room, fitness room, dog run, and outdoor deck on the fourth level, and a lounge with a south-facing rooftop pool on the 36th floor. 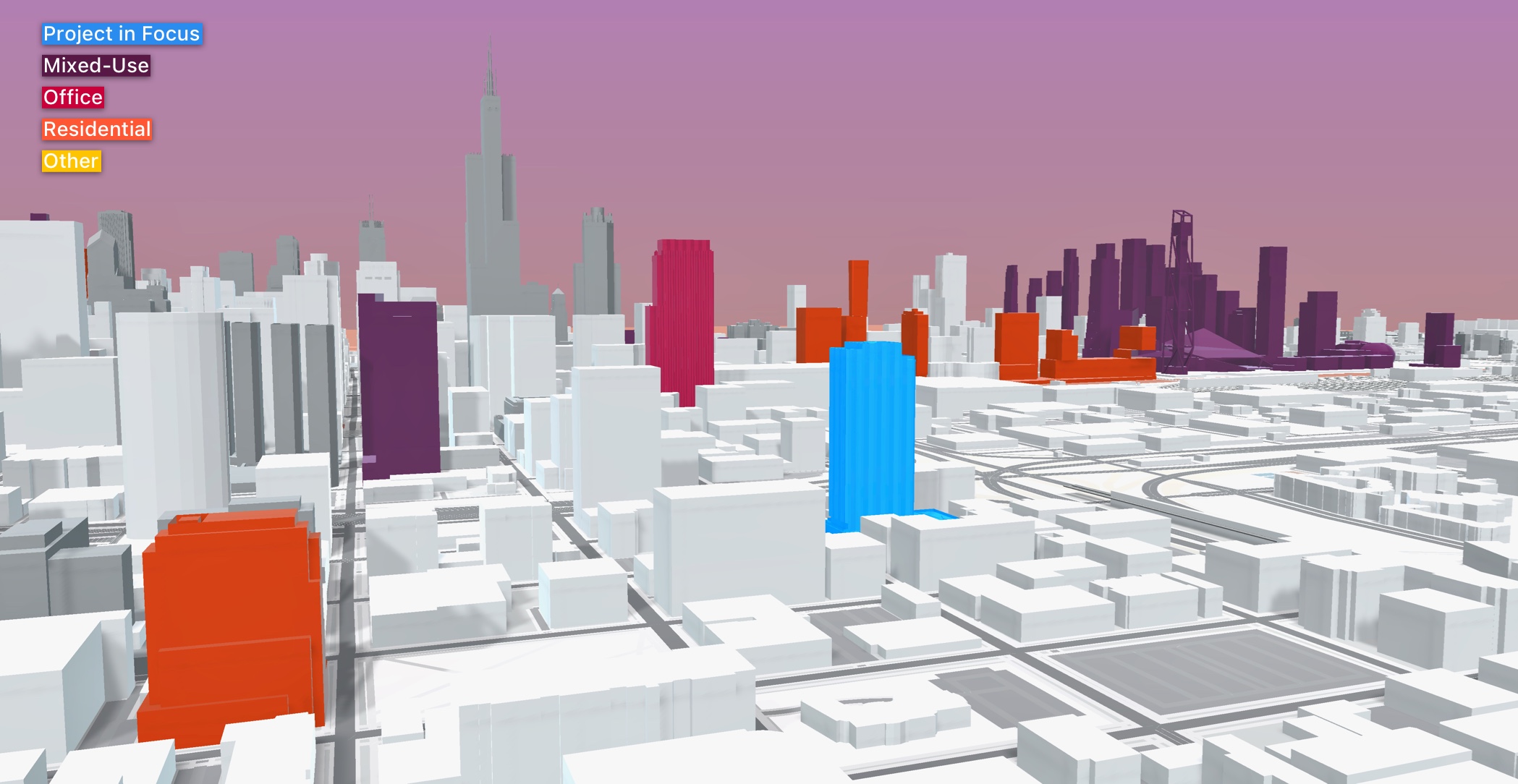 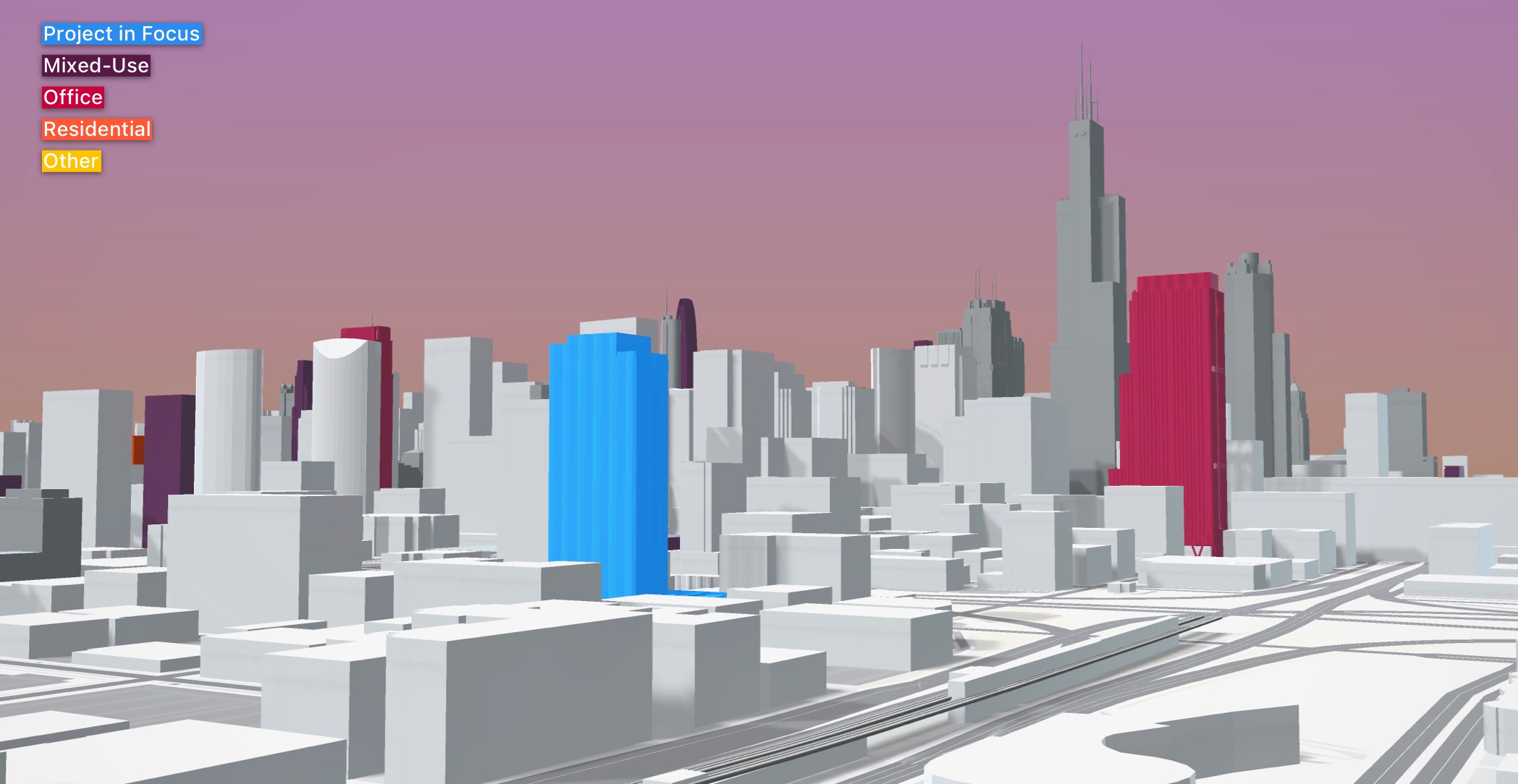 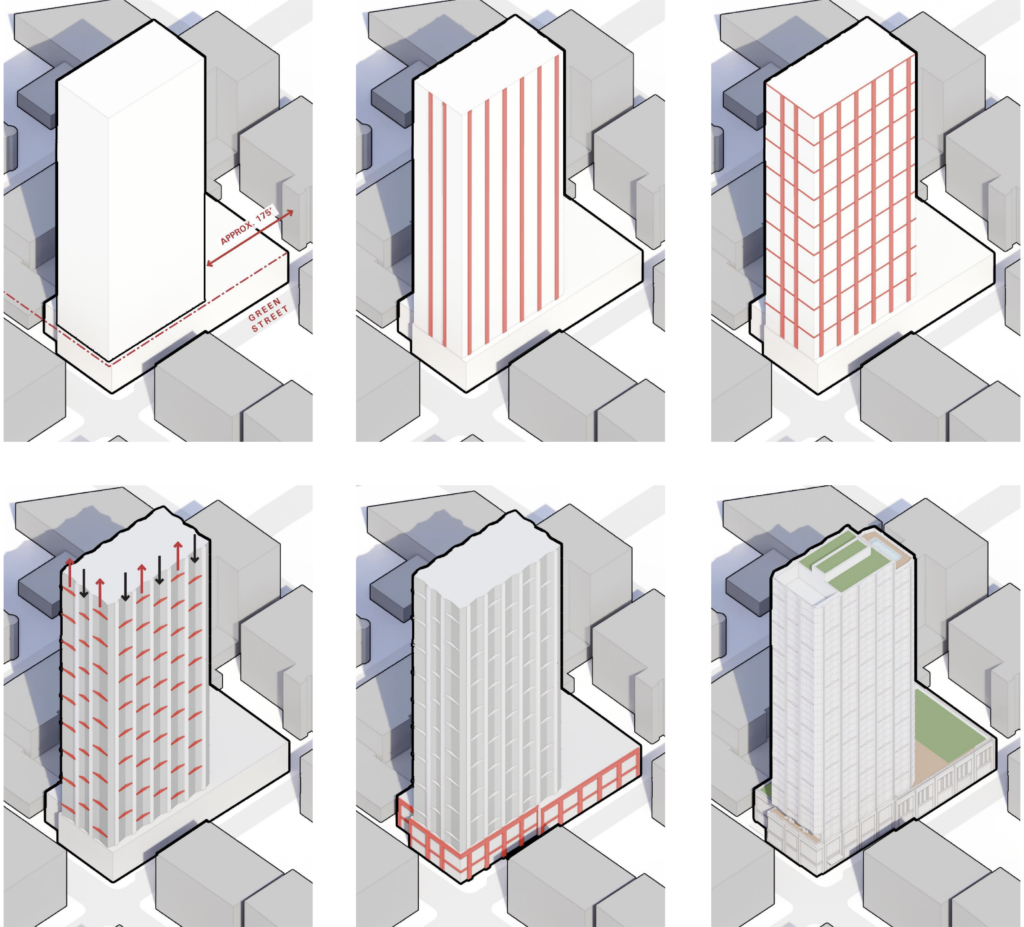 The podium will be clad in a masonry facade with metal fins, grilles, and fritted glass around the parking levels with concrete planters along the expanded sidewalk space. The tower above took inspiration from multiple international designs and will be split into vertical bays, within each the floor-to-ceiling windows will bend inwards with slab edges breaking it up every few floors. The vertical elements which follow the building’s structure will be clad in pre-finished aluminum accent panels with a decorative ribbed central panel, overall creating an exterior that feels dynamic. 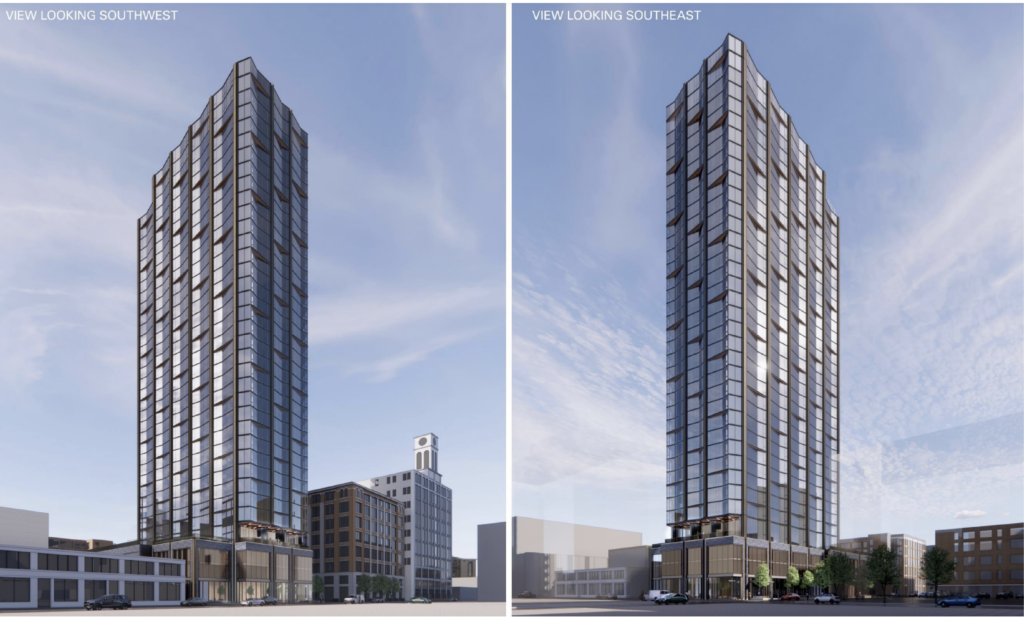 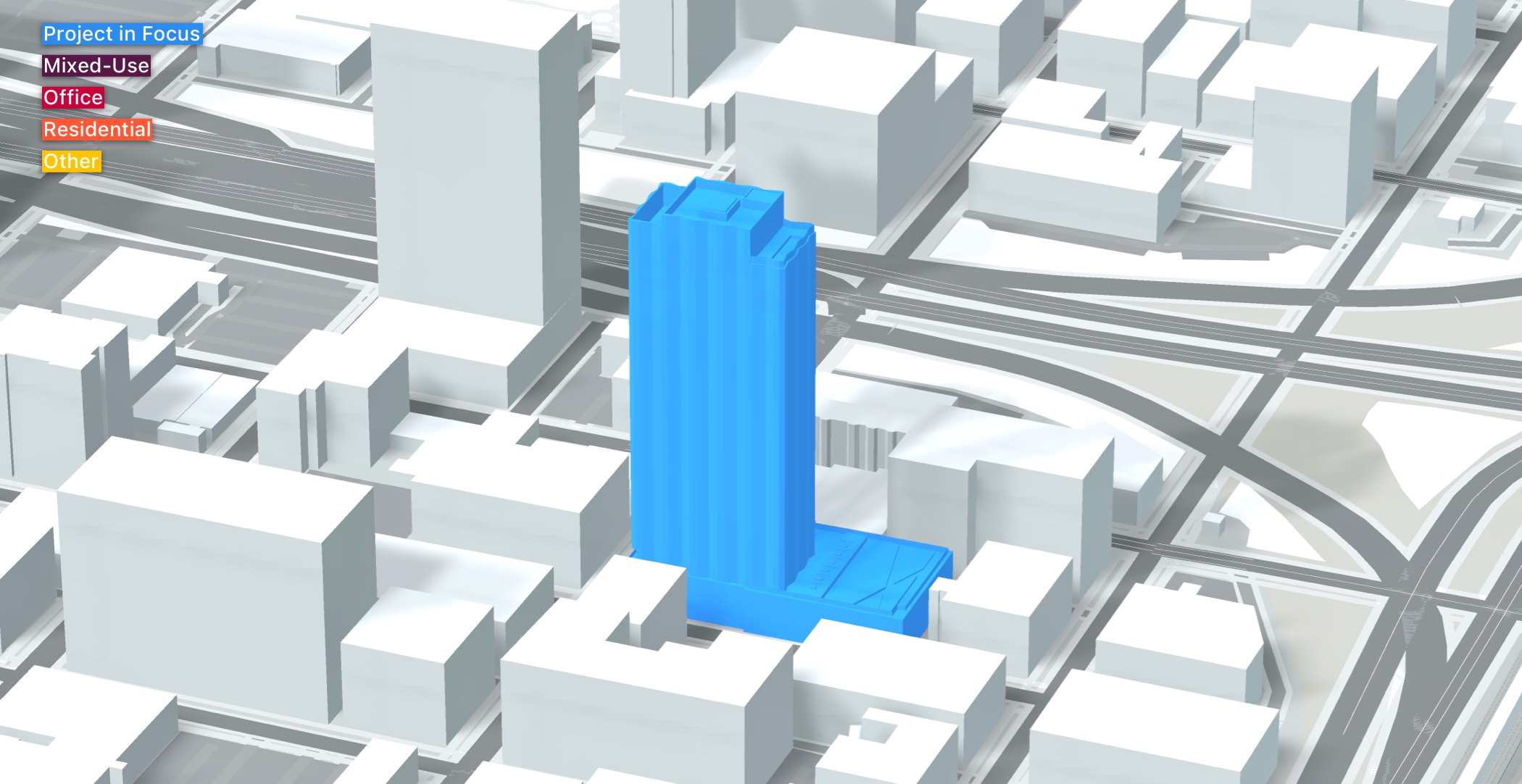 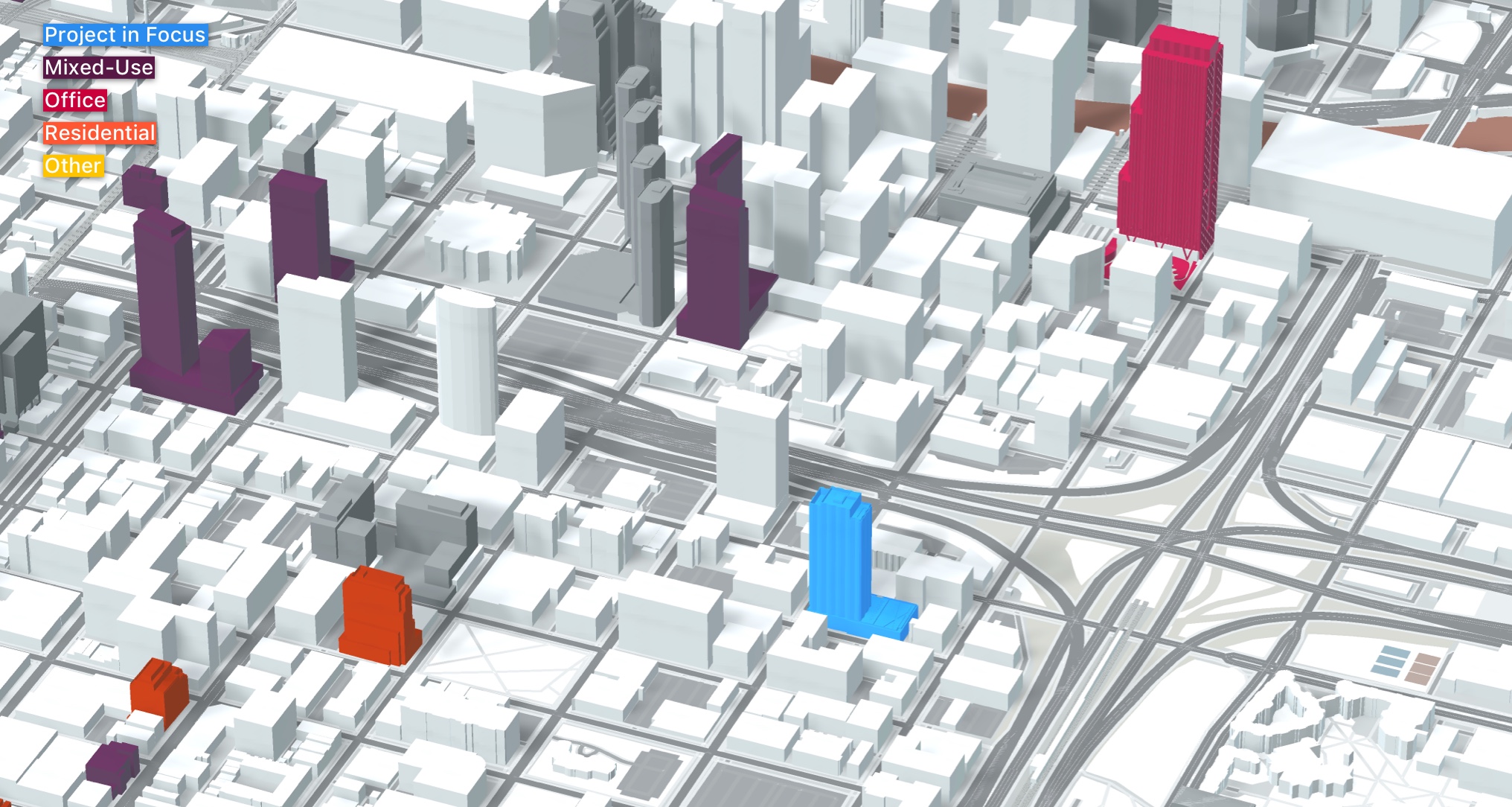 Future residents will be have bus access for CTA Routes 8 and 126 via a three-minute walk, Routes 7 and 60 via a seven-minute walk, and the CTA Blue Line UIC-Halsted station via a five-minute walk away. At the moment there is no formal timeline on the construction of the tower, however it will now need to take all the comments from the committee back to the designers and eventually move through the Plan Commission and City Council before any groundbreaking can be scheduled, the site will also require a rezoning from its current use before moving forward.