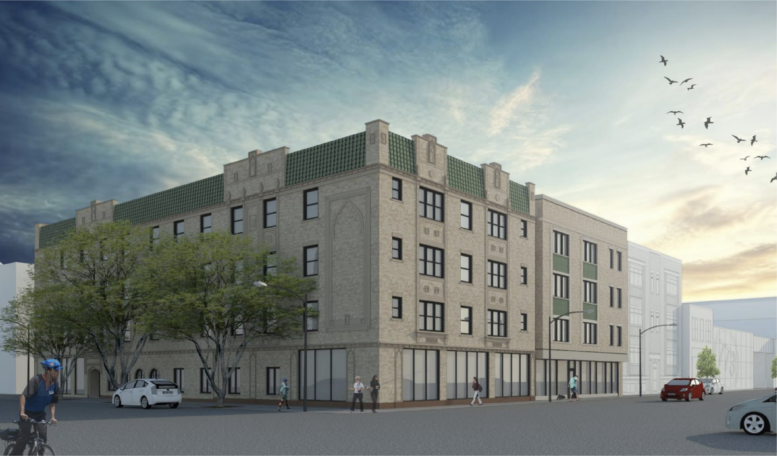 The Chicago City Council has approved the rezoning for a mixed-use development at 3150 N Racine Avenue in Lakeview. The project on the corner with W Belmont Avenue recently received its approval from the Plan Commission and will be able to proceed with permitting when it sees fit. Being developed as an expansion to the adjacent Single Room Occupancy (SRO) building operated by developer Mercy Housing, the expansion continues the same design language and is being led by local firm Landon Bone Baker. 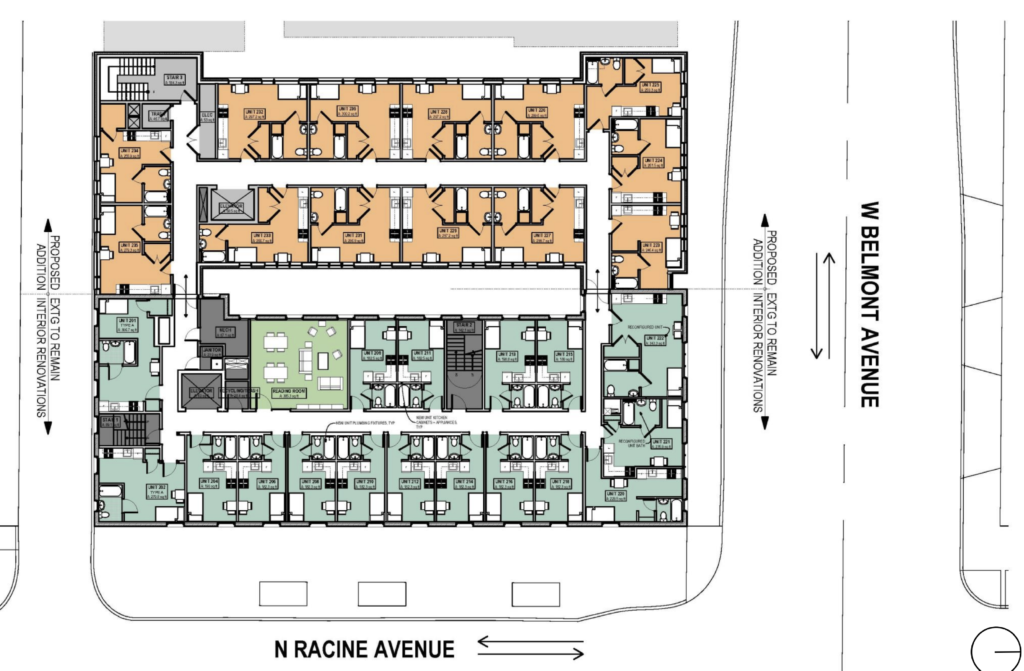 The new addition will complement the existing 1920’s building designed by Dennis Langley, which features plenty of glazed-brick and complex decorative patterns including a unique green tile roof. Originally holding 70 low income housing units in the form of 200-square-foot SRO residences, the structure received a renovation in 1999. Now, much of the first floor will be revamped with new amenity and assistive service spaces for residents, while many of the units will be restructured and remodeled to be brought up to modern standards. 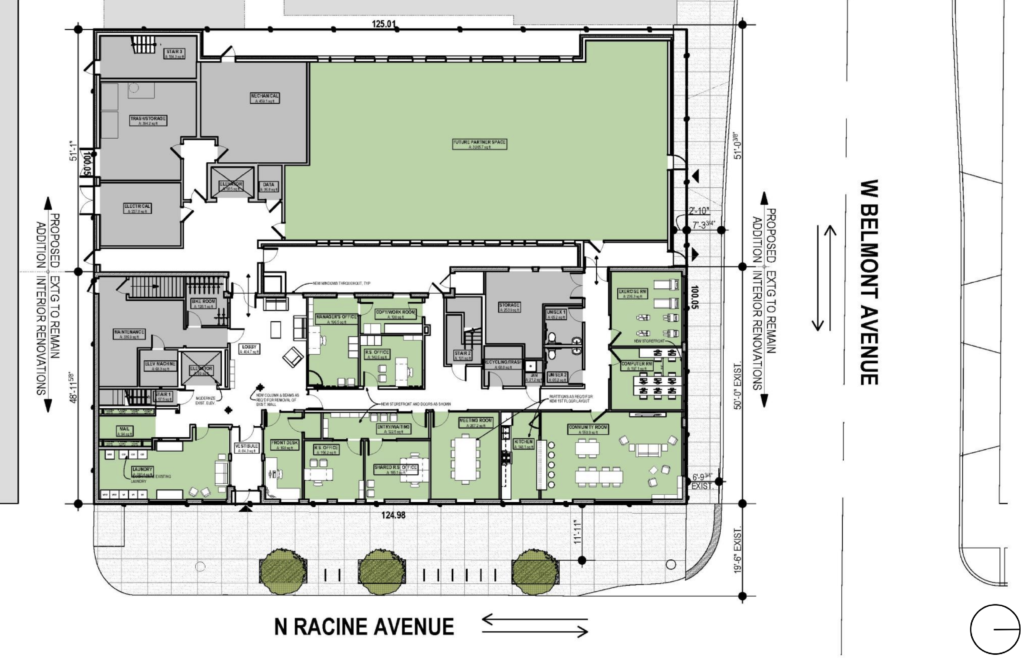 After the renovation the existing building will hold 51 units, the new four-story addition that replaces the parking lot will add an additional 35 residential units, bringing the total to 86. The studio and one-bedroom layouts will serve various income types with the ground floor of the new structure anchored by a large retail space. The new structure will be clad in beige brick matching the existing with green glazed brick between the windows as an homage to the roof next door. 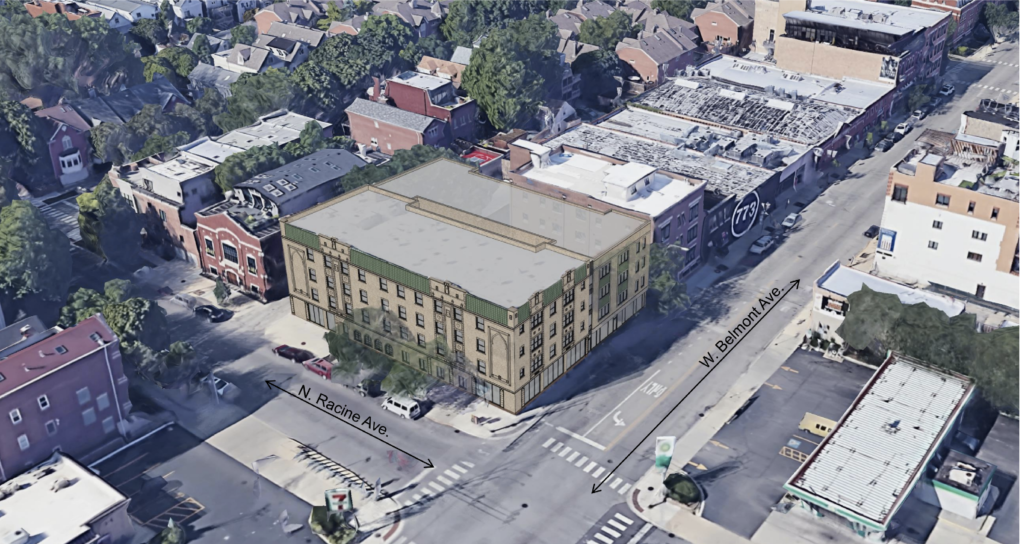 The approval allows the parking lot to be rezoned from B2-5 Neighborhood Mixed-Use District to a Planned Development, meaning it will require no further approvals to move forward to build on the 12,505-square-foot site. Future residents will have bus access to CTA Route 77, along with a Divvy station nearby. At the moment there is no further information on a potential construction timeline.