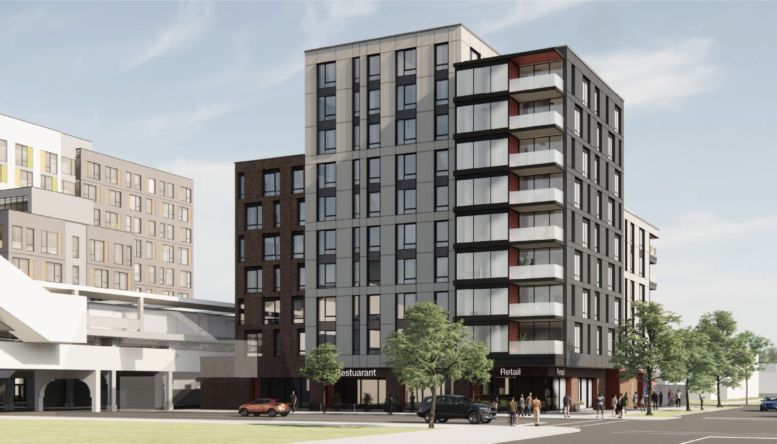 Initial details have been revealed for the second phase of 43Green at 301 E 43rd Street in Bronzeville. Located on the corner with S Prairie Avenue adjacent to the CTA Green Line 43rd station, the new Landon Bone Baker Architects, Moody Nolan, and Beehyyve-designed building will replace a one-story commercial building presently on the site. The project comes to us from co-developers P3 Markets and The Habitat Company, the same team behind the nearby first phase that began site prep earlier this year.

Aimed at young professionals, the 10-story structure will top out at 106 feet tall, a similar height of its future neighbor. Inside will be 78 residential units split into 23 studios ranging from 427 to 504 square feet, 47 one-bedrooms ranging from 604 to 625 square feet, and eight two-bedroom apartments measuring 1,002 square feet each. Of these 48 percent or around 37 units, will be considered affordable with the remaining 52 percent or around 40 units will be available at a market rate. Residences will also have access to a shared laundry room on the second floor. 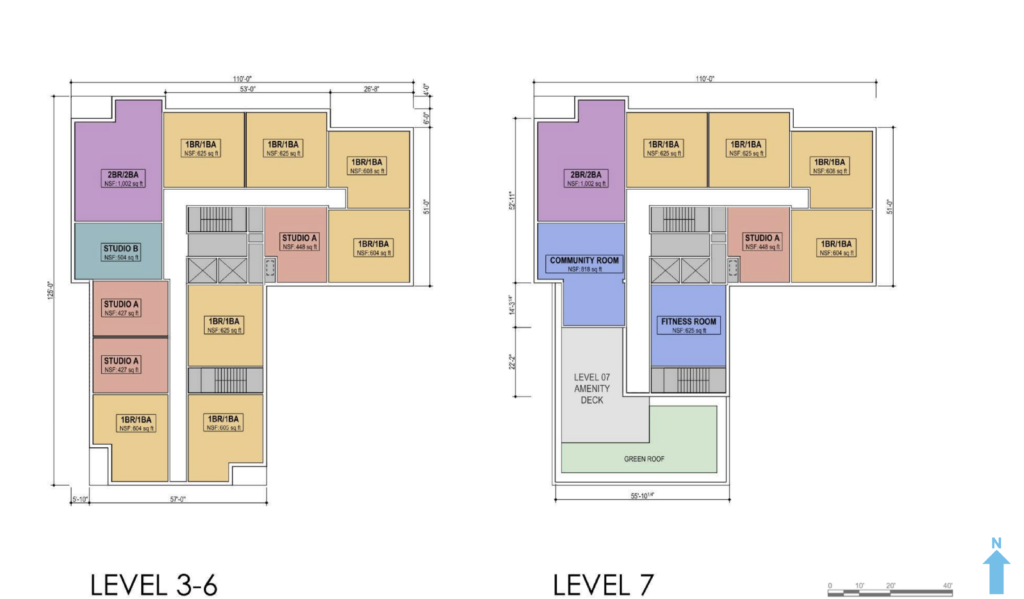 The ground floor of the project will feature two commercial spaces that can be combined for a total of 3,517 square feet of leasable space fronting 43rd Street with the potential for outdoor seating, a large residential lobby, bike storage room, and 14 secured vehicle parking spaces on a surface lot behind the structure. Residents will have access to multiple amenity spaces including a flex space, storage rooms, a large fitness room and community room on the seventh floor setback with a south-facing outdoor deck. 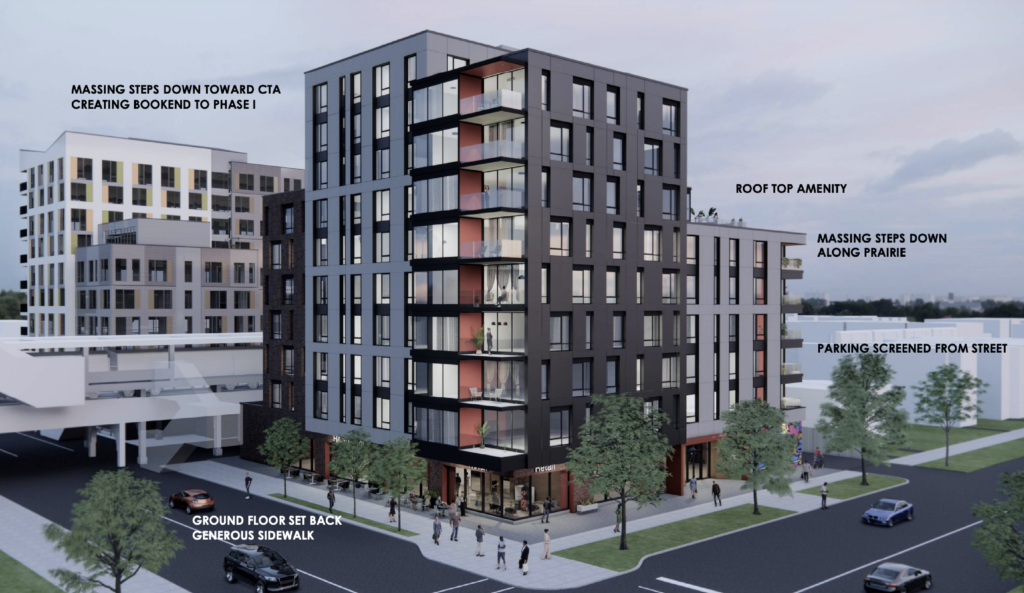 Landon Bone Baker went through multiple iterations on the massing of the project overtime, taking into consideration the context and height of the first phase and scale of surrounding neighborhood buildings. This led to the multi-tiered design that sets back with nearby structures while also providing a large sidewalk and balconies at the corners to break up the solid facade. The final product will be clad in GFRC panels, metal panels, brick, and aluminum window frames. 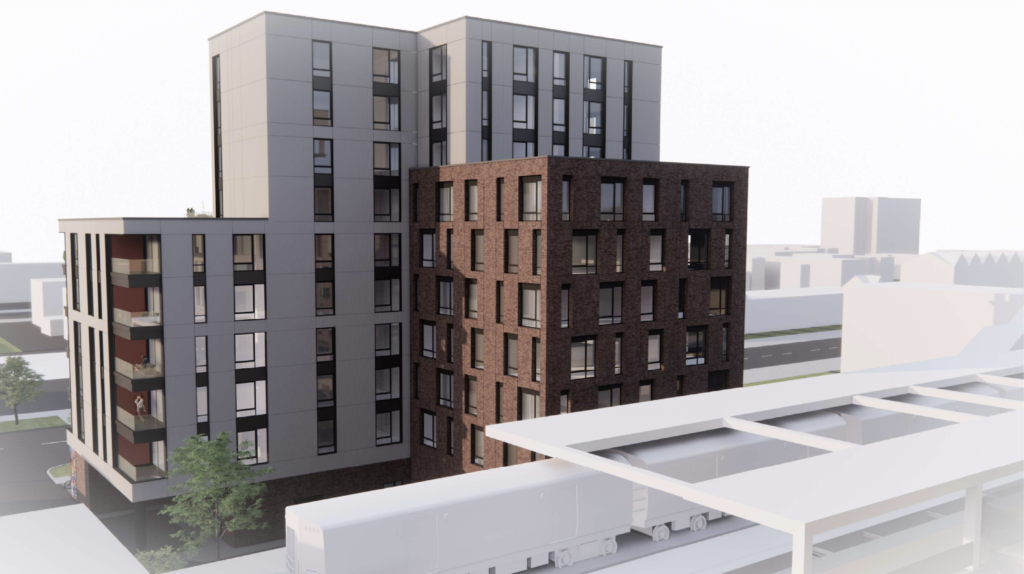 With direct access to a train station next door, the Transit Oriented Development (TOD) is offering less parking than required as well allowing locals the possibility of living car-free. The combined, two-phase $100 million project will be moving forward with the neighboring first phase set to rise soon by both Bowa Construction and McHugh Construction. At the moment a construction timeline for this phase has not been determined.