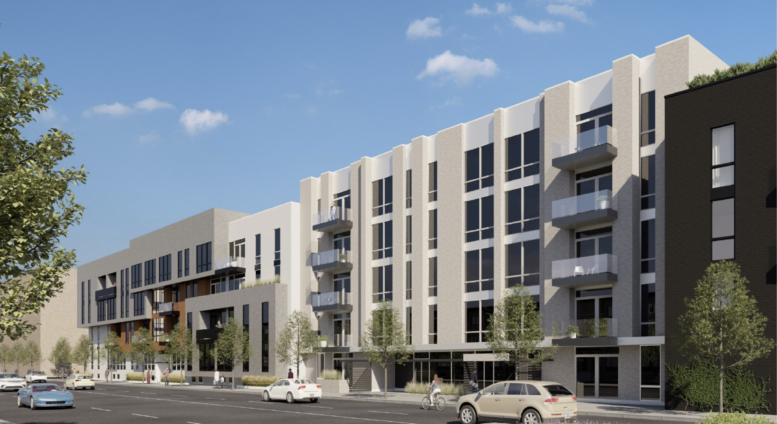 Plans have been revealed for a residential development at 3431 N Ashland Avenue in Lake View. Located on part of a long parcel bound by W Cornelia Avenue to the north and the CTA Brown Line tracks to the south, the new structure will replace part of the old Loyola Press building which will be fully demolished after housing the company for 97 years. Developer 3443 N Ashland LLC is working with Studio Dwell Architects on the design of the multi-part project. 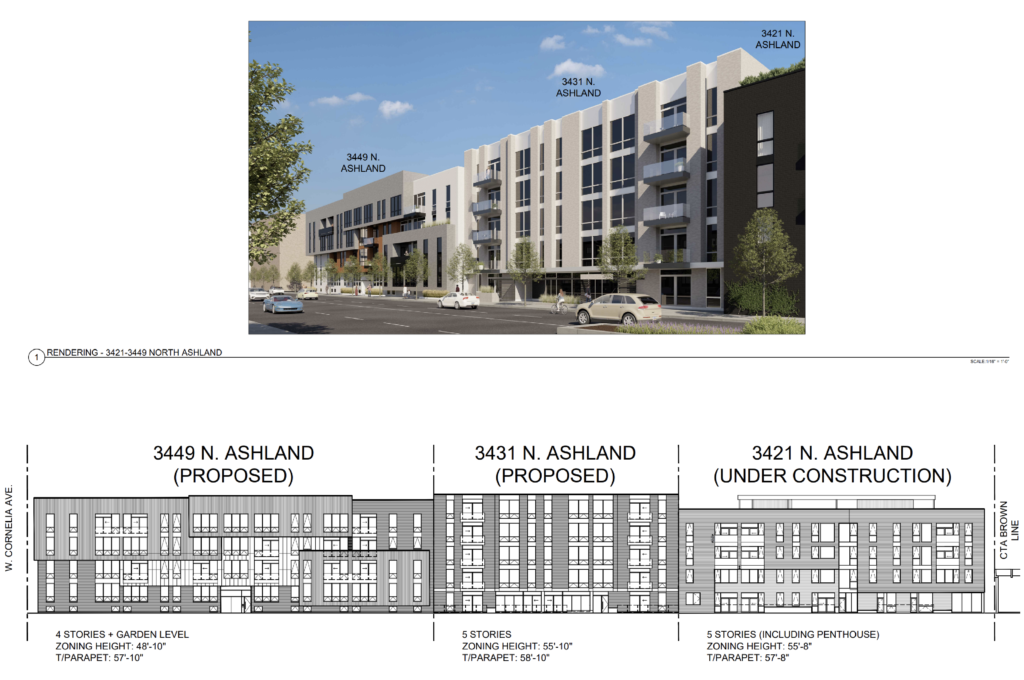 The new building is part of a larger development that is building out the whole block Loyola Press once occupied, this is made up of the currently under construction 3421 N Ashland Avenue closest to the track, this new portion at 3431 N Ashland Avenue, and a future phase furthest north at 3449 N Ashland Avenue. However each portion will act independently and have their own lobbies, amenities, and different but similar facade treatments. 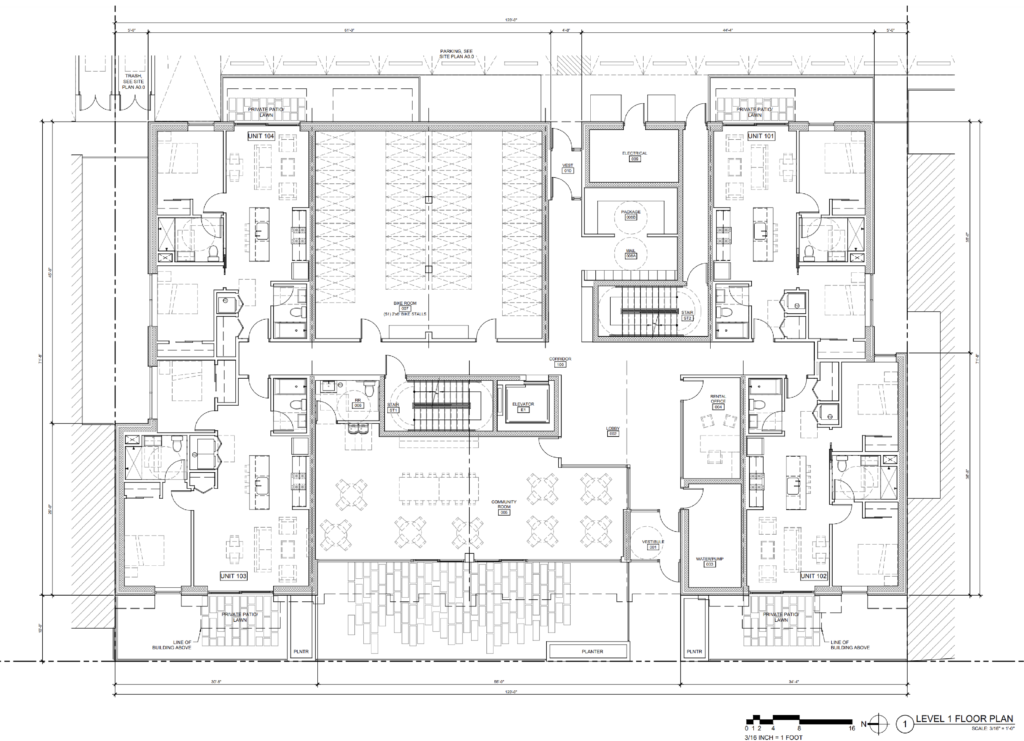 Spanning roughly 110 feet of the site’s length, the new building will rise five stories and 58 feet tall in height, delivering 42 residential units split into 20 one-bedroom, one-bathroom layouts and 22 two-bedroom, two-bathroom layouts. It is worth noting some of the bedroom units will not have direct window access, but all two-bedrooms will have balconies, with all apartments having in-unit laundry and kitchen islands. Although no plans were revealed, 20 percent of the units will need to be affordable. 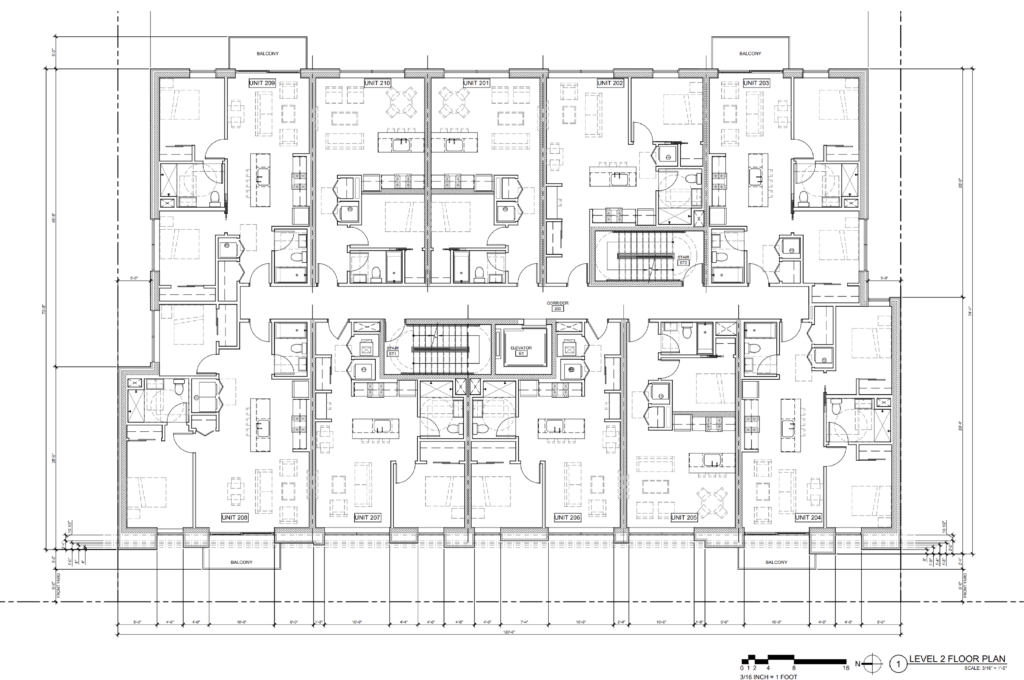 On the first floor, residents will have access to a large lobby with a community room, package room, lease office, a 51-bicycle parking room, and access to 12 vehicle parking spaces in the rear off of the alley. The structure itself will be clad in a brick veneer with metal panel horizontals around the aluminum windows with cantilever balconies. 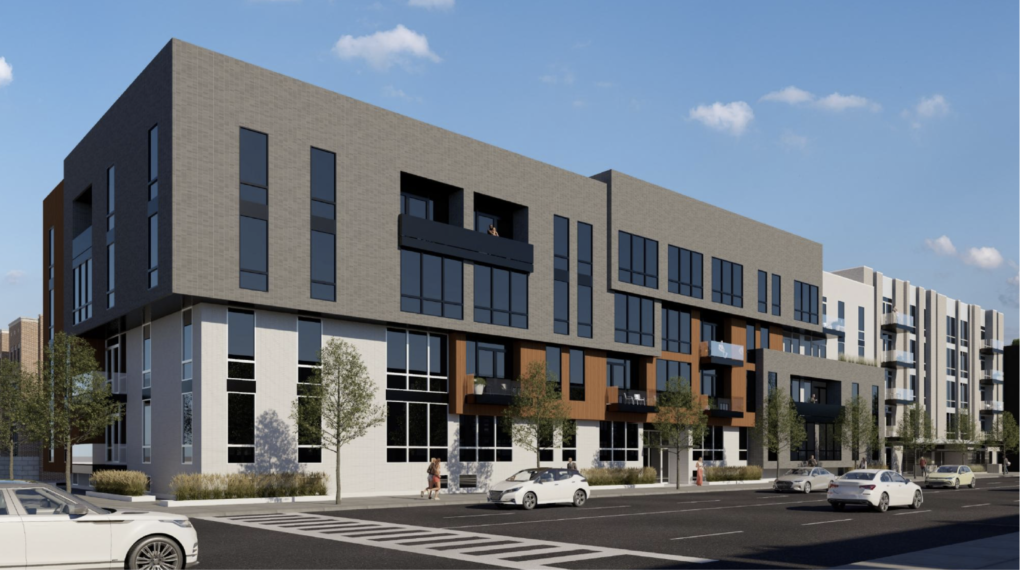 The developer is currently seeking rezoning of the site from C1-2 Neighborhood Commercial District to B2-3 Neighborhood Mixed-Use District and will be addressed at the February committee meeting. Part of the approval will also be the reduction of required parking for residents as it becomes a Transit Oriented Development or TOD. At the moment no construction timeline has been revealed, but permits to demolish the existing structure have been filed.