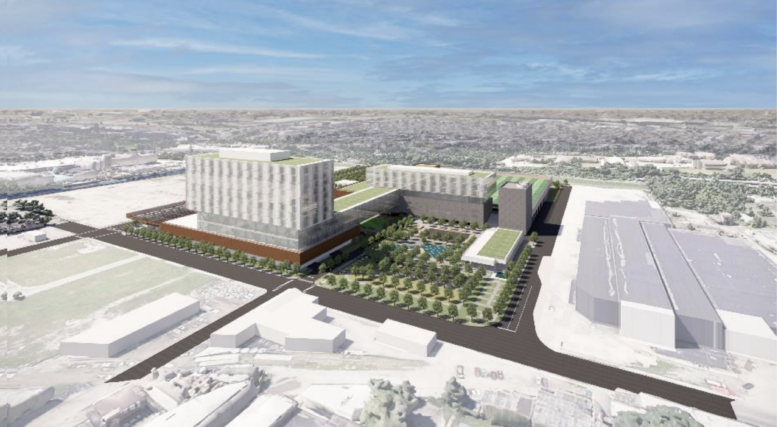 The Chicago Plan Commission has approved the mixed-use development at 3201 W 31st Street in Little Village. Dubbed the Focal Point Campus, the massive project will be anchored by a new facility for Saint Anthony Hospital and is located just southwest of the intersection with S Kedzie Avenue. Developer Chicago Southwest Development Corporation has partnered with local firm HDR Architecture on the 30-acre, $600 million complex. 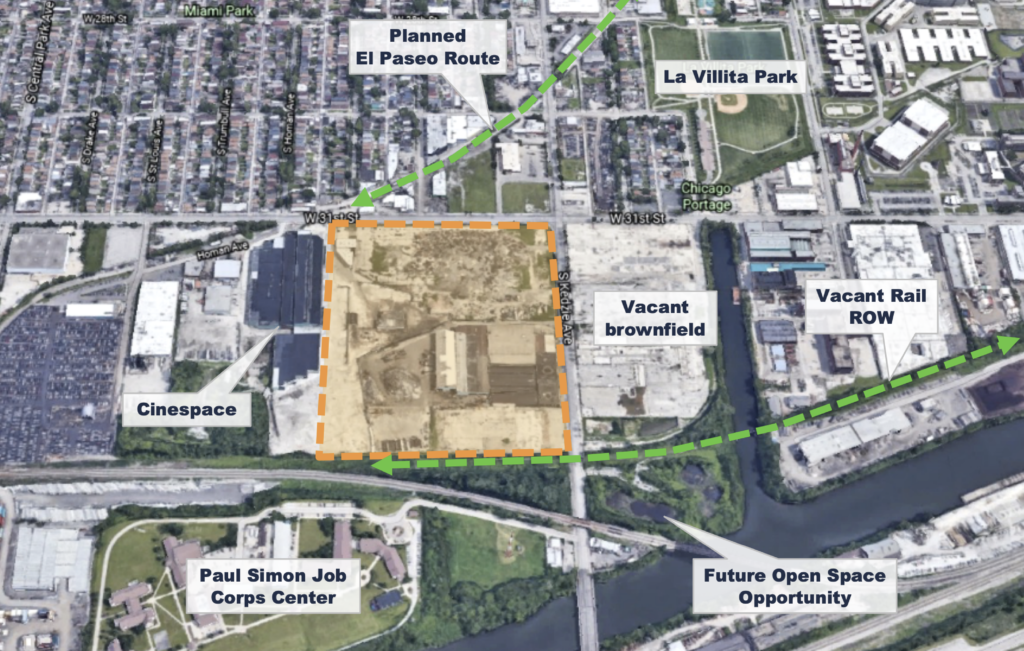 The approval marks a major progression on the project that has been in the works for over 10 years and hopes to revitalize the once industrial area with a new community and cultural hub. Since we last covered the proposal when it was reviewed by the Committee on Design, the developer has made a handful of changes in order to proceed and address various comments from local outreach efforts. Some of the major changes include: 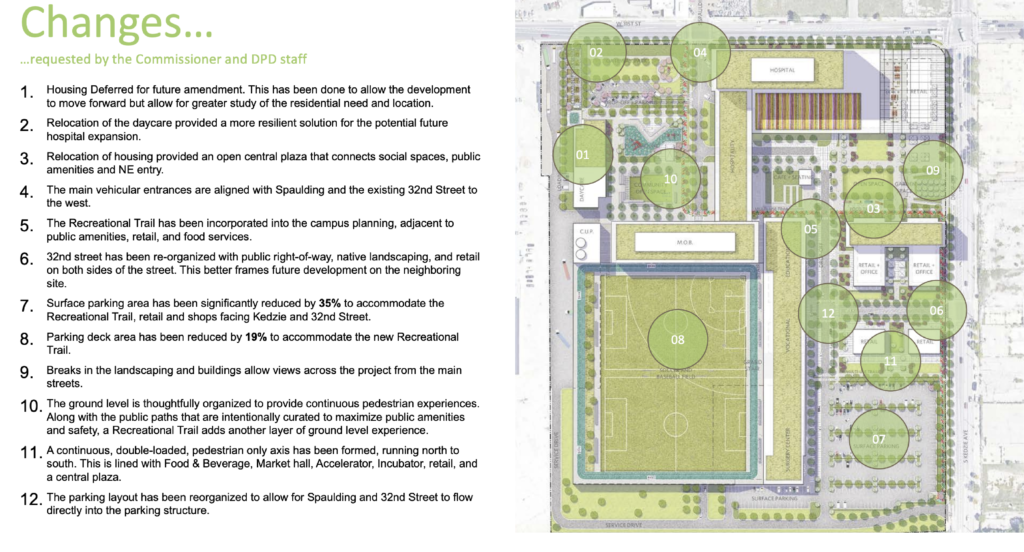 Changes since last presentation of Focal Point development by HDR

Rendering of inner courtyard of Focal Point development by HDR

The sprawling complex will be built in two phases which will overlap in construction and finish around the same time. The first phase will focus on the project’s anchor the 12-story, 240-foot-tall, 151-bed hospital which will take the longest to complete along with the adjacent medical office building, fitness center, parking garage topped by athletic fields, the big box retail that is hoping to court a grocery store, the surgery center, educational center, and all public improvements including roads and park space.

The second phase of construction will bring the incubator and accelerator buildings, an office tower, and stand alone retail. A small third phase will locate and build the daycare facility while it is unknown when the residential component will proceed. The glass clad structures will be stacked on each other to create passageway moments and be tied by extensive open green spaces creating plenty of areas for gathering and community events. 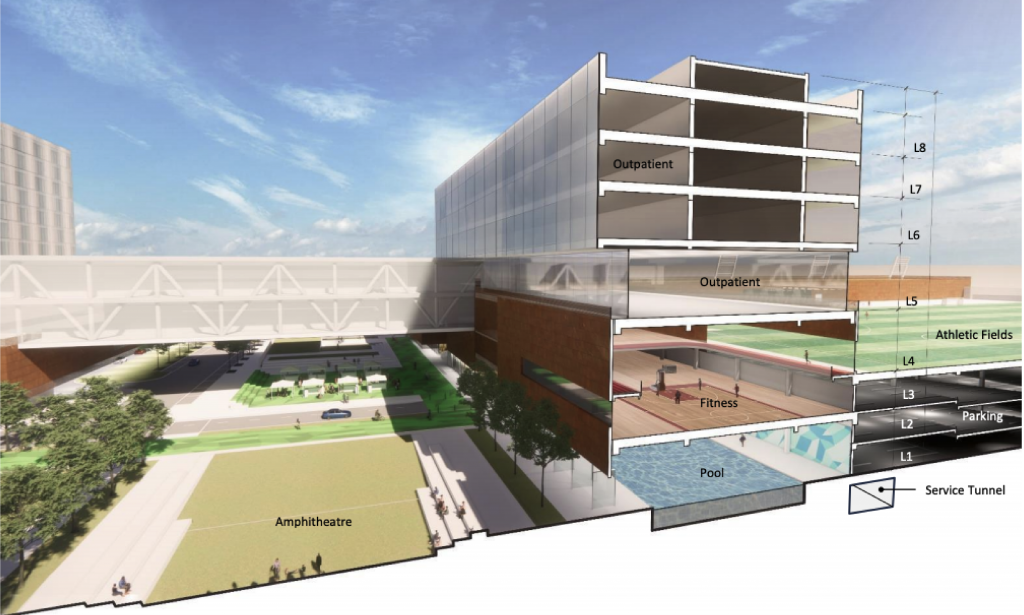 Although now approved by the Plan Commission, the project will still need to receive the green light from zoning and city council, as well as complete the purchase of the last parcels of land needed to proceed. The developers currently hope to break ground in 2023 with a projected 2026 completion date for a majority of the work.