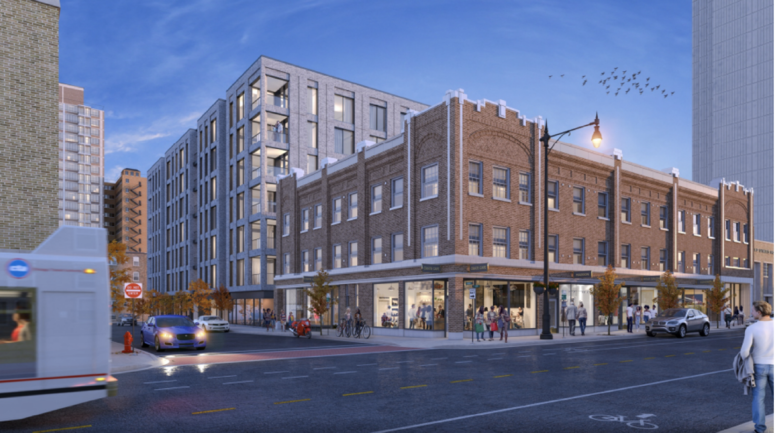 The Chicago City Council has approved the redevelopment and land-use agreement for The Covent Hotel mixed-use renovation at 2653 N Clark Street in Lincoln Park. Located on the corner with W Drummond Place just a few blocks from the lake, the proposal would reconvert the Single Room Occupancy (SRO) property into affordable studios led by the National Historic Preservation (NHP) Foundation. The approval would also allow for city funds to be distributed to NHP to fulfill the conversion that has been in the works since 2019. 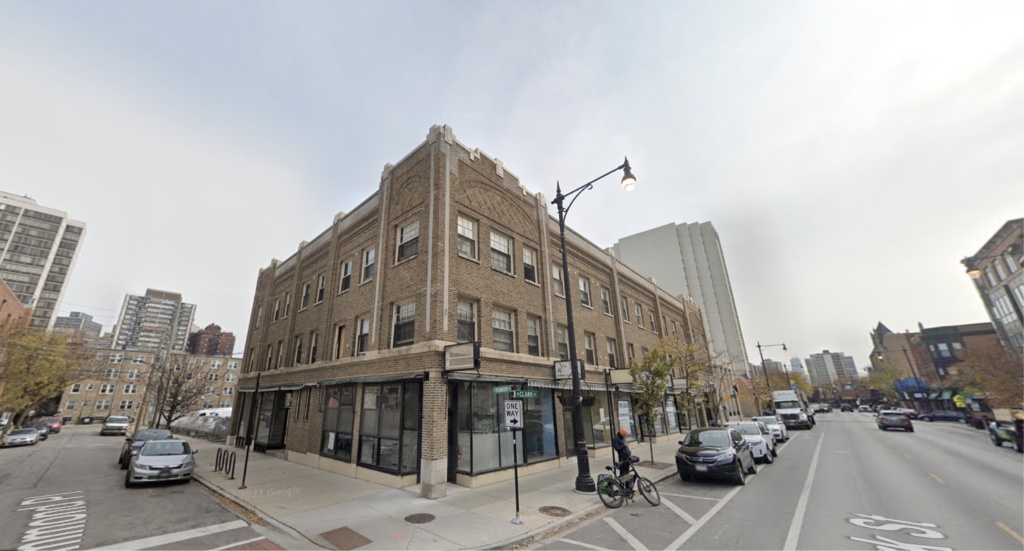 Current view of The Covent via Google Maps

The Covent Hotel is part of a dying breed of historical SRO buildings across the city built in the early 1900s to serve the rapidly growing working class population of Chicago. Designed by Frank E. Davidson in a Classical Revival style, the three-story structure was completed in 1915 as a men’s hotel, similar to the Ewing Annex Hotel in The Loop, along with a Balaban and Katz theater which was demolished in the 1960s. Most recently it was added to the National Register of Historic Places in 2017 and has served as an SRO for the city with 20 residents in its 64 rooms that share a central bathroom, kitchen, and laundry room. 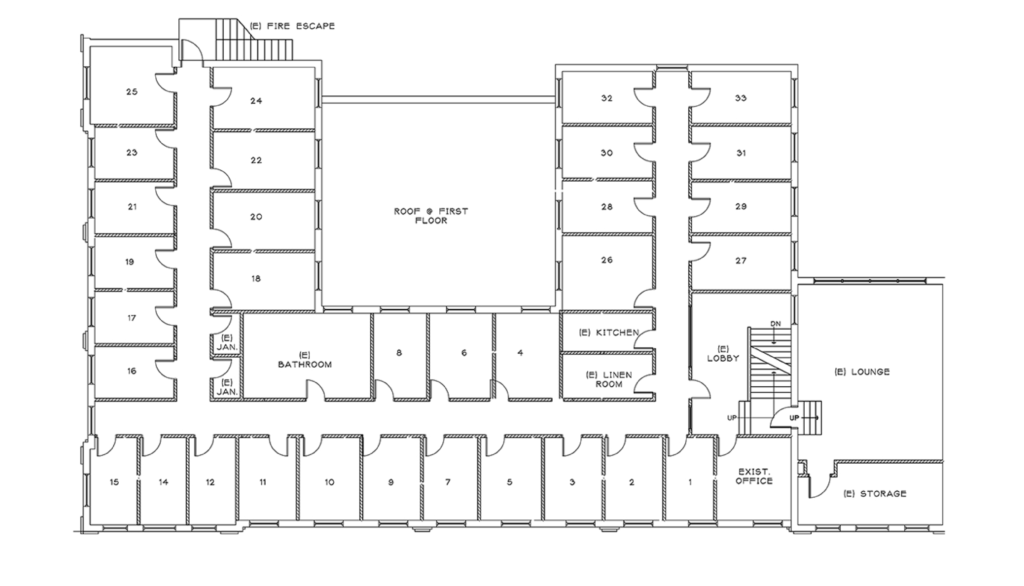 Current floor plan of The Covent via NHP

The conversion would see its 64-rooms converted into 30-affordable rate studios with private kitchens and bathrooms spread across the top two floors. The units will be offered to tenants making 30- and 50-percent the Area Median Income (AMI), which is roughly $100,000 per year in Lincoln Park. It is worth noting the existing 20 residents will be given priority to return to the property once the renovation is completed. The building will also replace all of its doors, windows, elevators, and merge its eight-ground floor retail spaces into four. 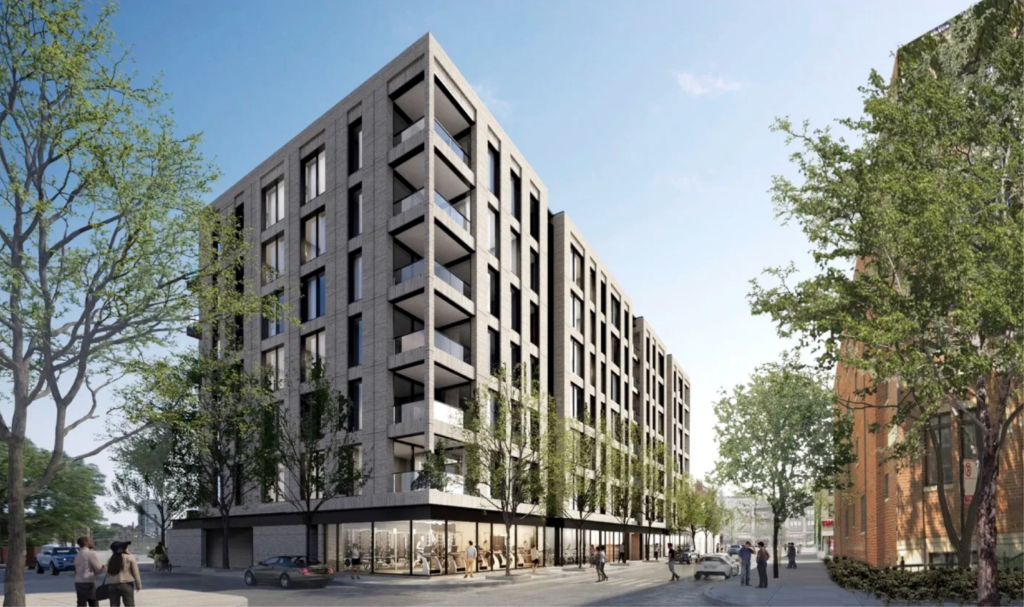 The developer is also proposing a new mixed-use seven-story building on the surface parking lot directly adjacent to The Covent designed by Brininstool + Lynch. The masonry-clad structure would hold ground-floor retail, 52 parking spaces in the rear, and 84 residential units, of which two will be affordable. To make up for the missing affordable units in the new construction, the developer will pay nearly $800,000 to the city which will go directly to the renovation of The Covent. 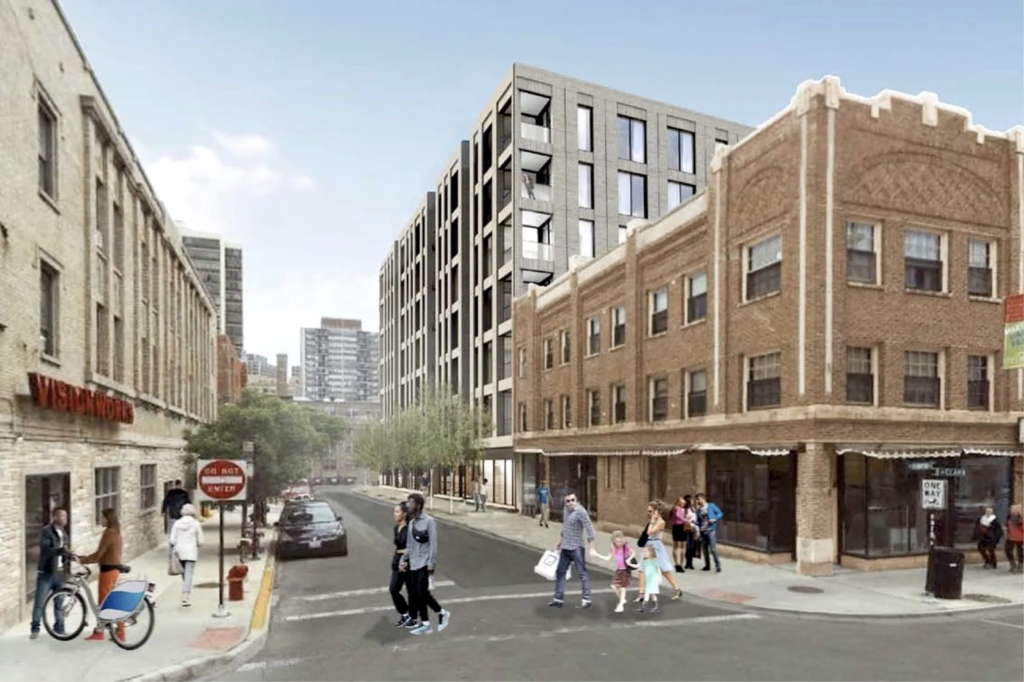 The $21 million renovation and conversion of The Covent will be funded through tax-exempt bonds, loans, tax credits, and city financing, with much of the design remaining the same since it was first pitched three years ago. Although NHP has owned the existing building since 2016, at the moment no timeline has been set for the construction of either portion of the project.