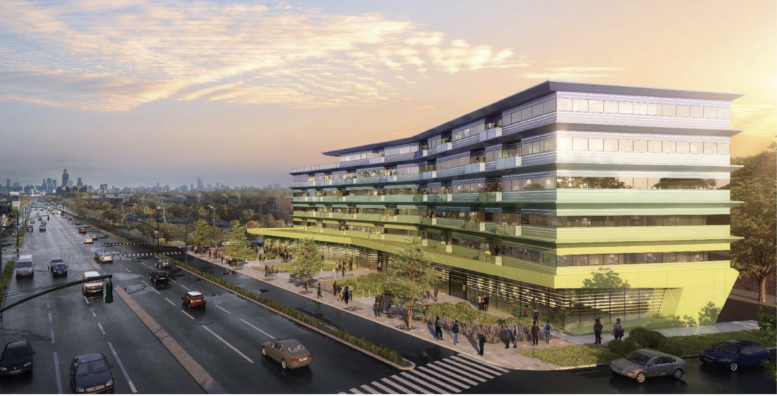 The Chicago City Council has approved an affordable mixed-use development at 3401 W Ogden Avenue in North Lawndale. Located on the southwest corner with S Homan Avenue, the new building replaces an existing flat parking lot used by the nearby police station. Dubbed ‘Grace Manor’ the project is the product of a developer venture between East Lake Management and Jerusalem CDC with local architecture firm JGMA as the designer. 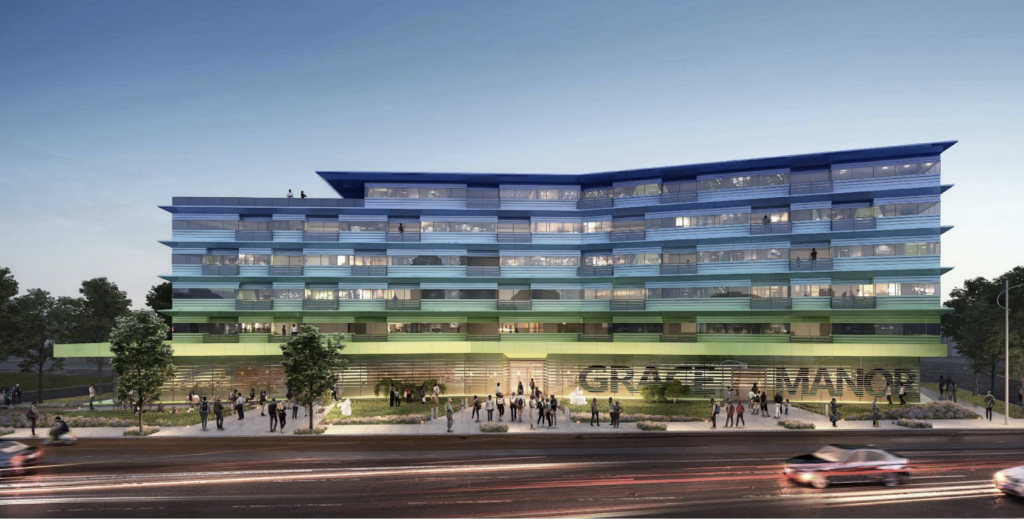 The 26,792-square-foot lot will now house a six-story, 72-foot-tall structure with a colorful facade inspired from the colors found in the surrounding area. The ground level will feature a large plaza from Ogden Avenue with the first floor holding a leasable cafe space, large community center, a fitness center, an amenity room, communal laundry room, and a bake storage room. Behind that will be 18 vehicle parking spaces located under the building. 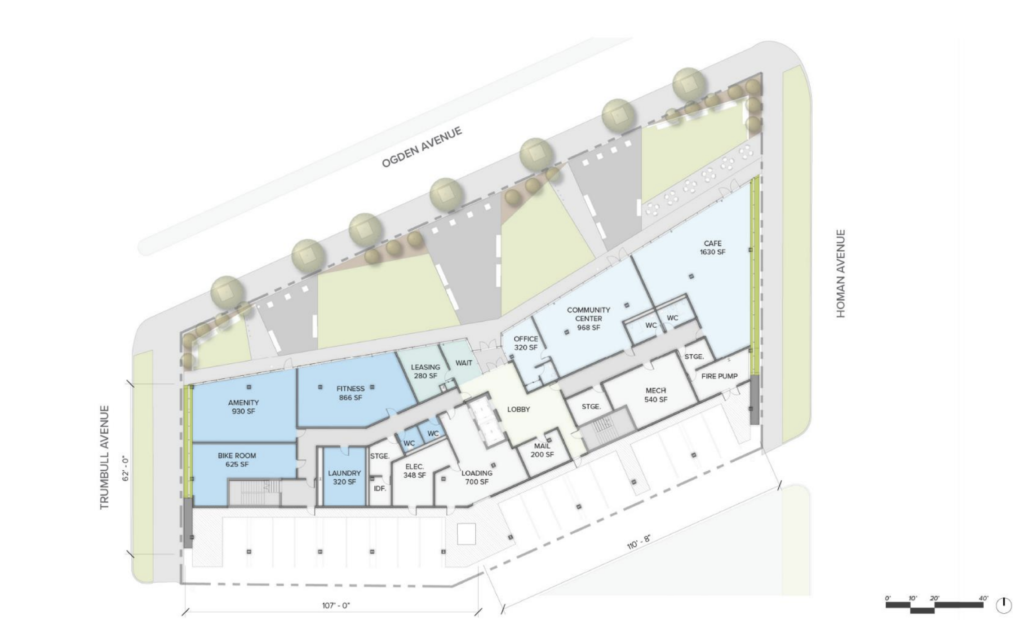 Above that will be 65 residential units split into 46 for those making 60 percent of the Area Median Income (AMI) made up of 22 one-bedrooms ranging 618 to 646 square feet, and 24 two-bedroom layouts ranging from 806 to 923 square feet in size. The rest of the 19 units will be offered under the Chicago Housing Authority made up of nine one-bedrooms and 10 two-bedrooms both with the same size ranges, with all apartments having access to a balcony. An update from when we last covered the project in November. 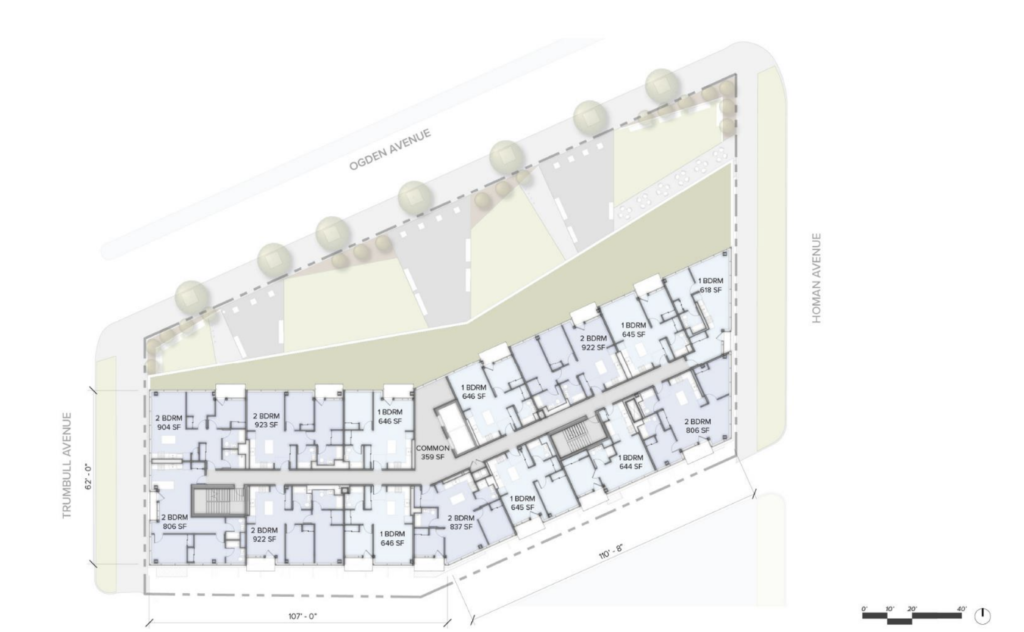 On the last floor will be another small amenity space with a large outdoor deck and green roof facing downtown. The long and linear massing expression is partially inspired by the Prairie Style and will be clad in green to blue gradient metal panels with awning windows and same color balcony railings. The first floor will also feature a frit on the storefront windows with a large portion having a decorative pattern spelling out the project’s name. 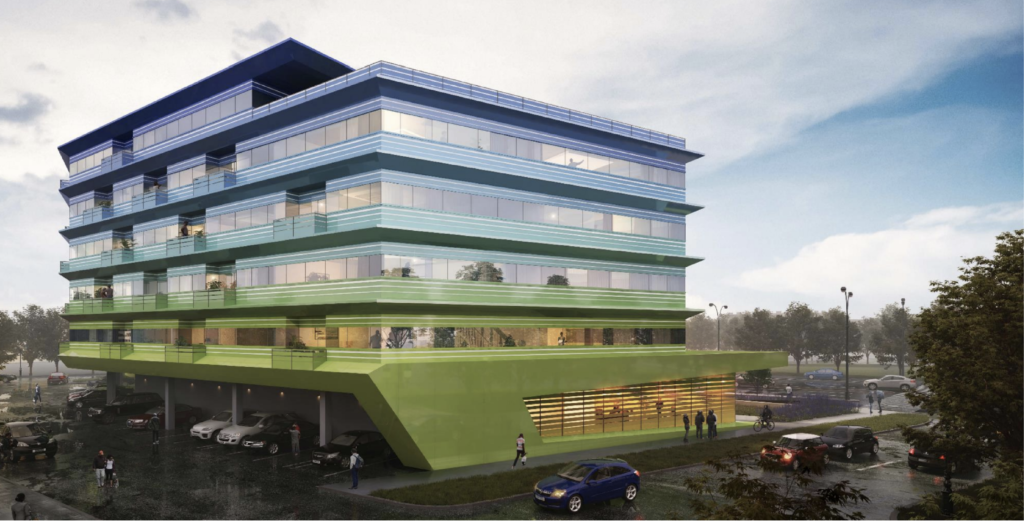 Rendering of Grace Manor with covered parking visible by JGMA

Future residents will have bus access to CTA Route 157 on the development’s street corner as well as both CTA Pink Line at Central Park and Kedzie stops via a five-minute walk. The project, which is getting its funding predominantly from the city, still needs permission to purchase the land from the city by the Community Development Commission before moving forward. Although all design and zoning approvals have been required, the developer has not revealed a timeline for the building.