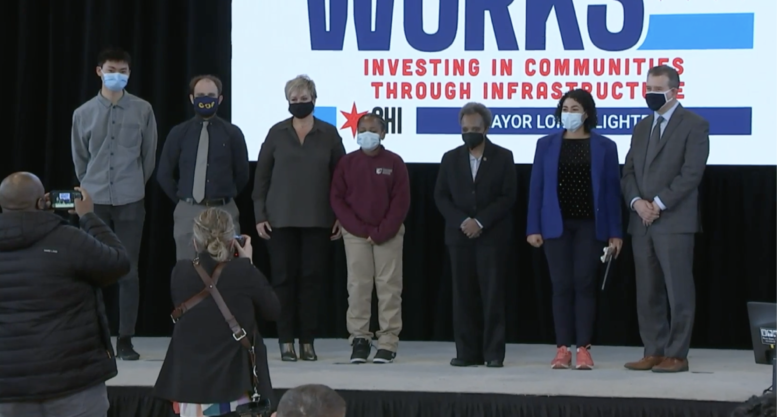 The City of Chicago has announced the first seven winners of the first round of the Chicago Works Community Challenge across the city. In a press event at Rainbow Beach Park led by Mayor Lori Lightfoot, the winners of a combined $1.5 million grant were declared part of the larger $10 million initiative which began in 2021 and garnered roughly 500 submissions from locals across the seven target regions. 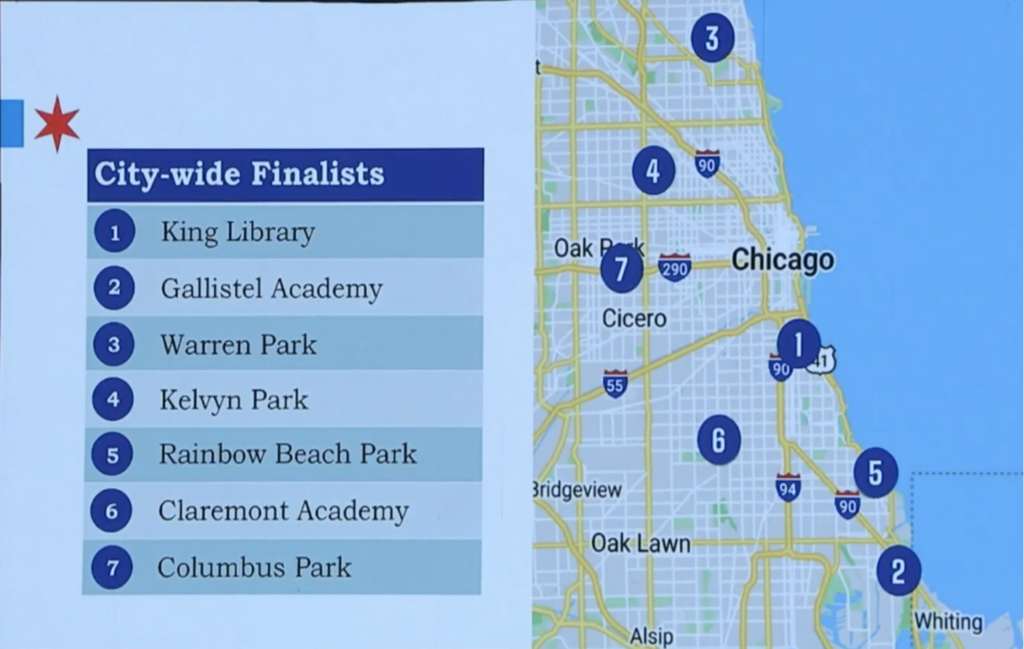 Context map of winners of Chicago Works via City of Chicago

The program looks to improve city owned parks, schools, libraries, and empty lots through proposals led by area residents to try and maximize the benefits of the funding. While the projects aren’t grand in scale, they are expected to be grand in impact. Of the 500 proposals, 21 were named finalist last fall with the final seven being as follows; 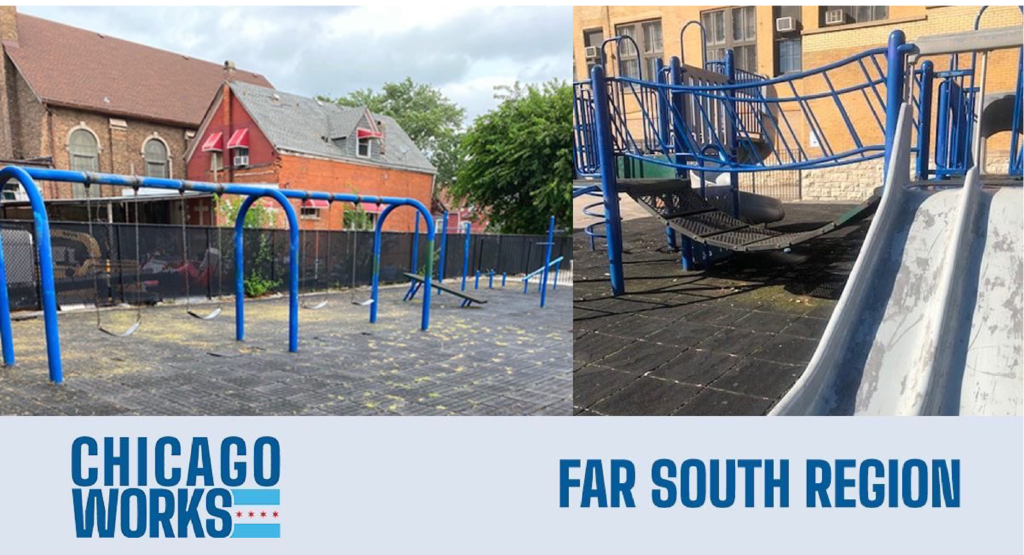 Located at 10347 S Ewing Avenue in the East Side near the border with Indiana, the funding will allow for the complete restoration of the school’s aging playground. The decaying equipment and rubber mats which are no longer keeping the weeds and plants at bay will be replaced with contemporary climbing equipment, landscaping, and areas for active and passive recreation. The project was proposed by Rogelio Lopez, a counselor at the school. 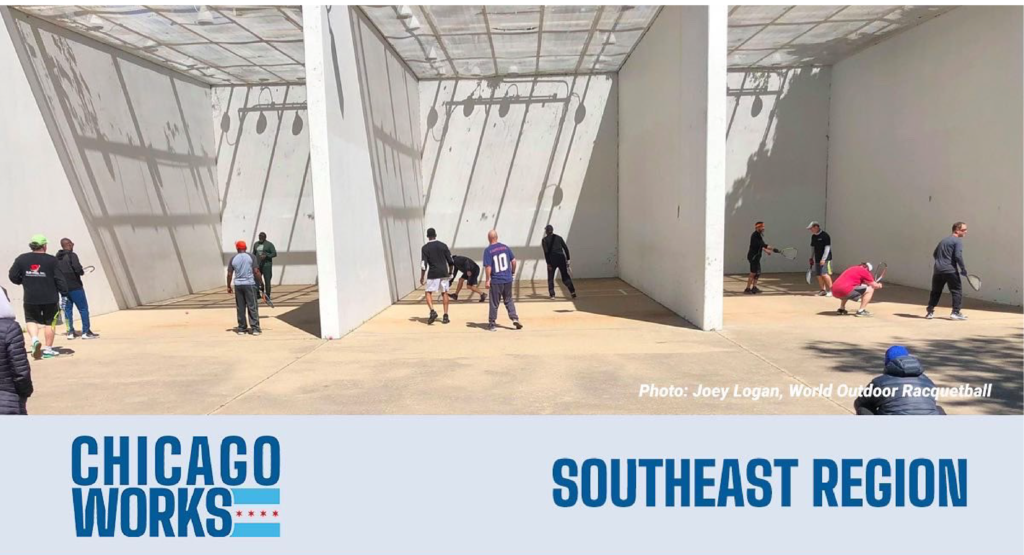 Located at 3111 E 7th Street in South Shore, the project will focus on the existing racquetball and handball courts which have been slowly falling apart for the last 20 years. The improvements will include new surfaces, seating areas, and landscaping along with small work on the clubhouse like the flaking ceiling finish and accessibility. The proposal was introduced by Carolyn Vazquez of the Illinois State RacquetBall Association. 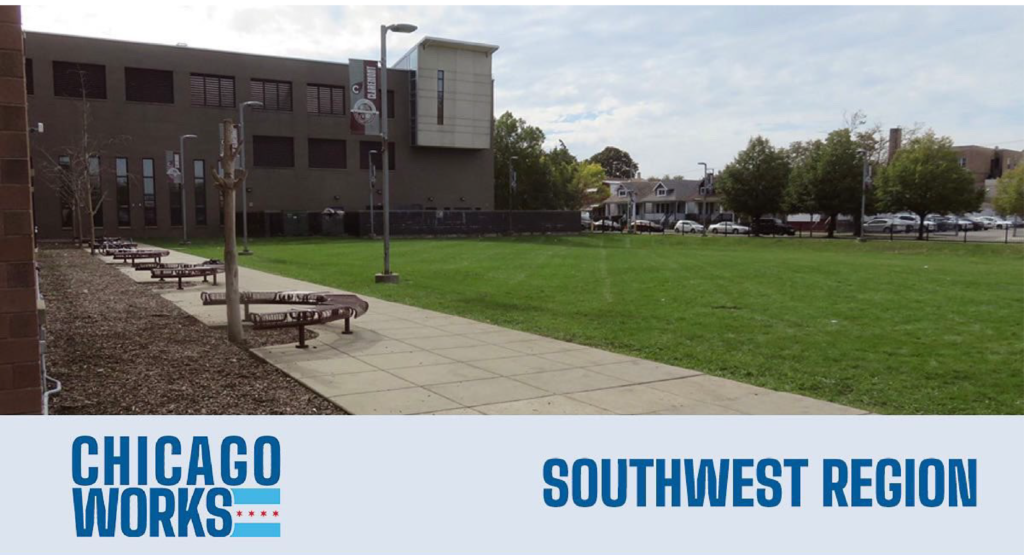 Located at 2300 W 64th Street in Chicago Lawn, the proposal seeks to transform a large portion of the school’s unimproved lawn spaces. This will include a new playground for students and neighbors that provides opportunities for outdoor learning, this project was brought forward by Layla Treuhaft-Ali, a local middle school teacher. 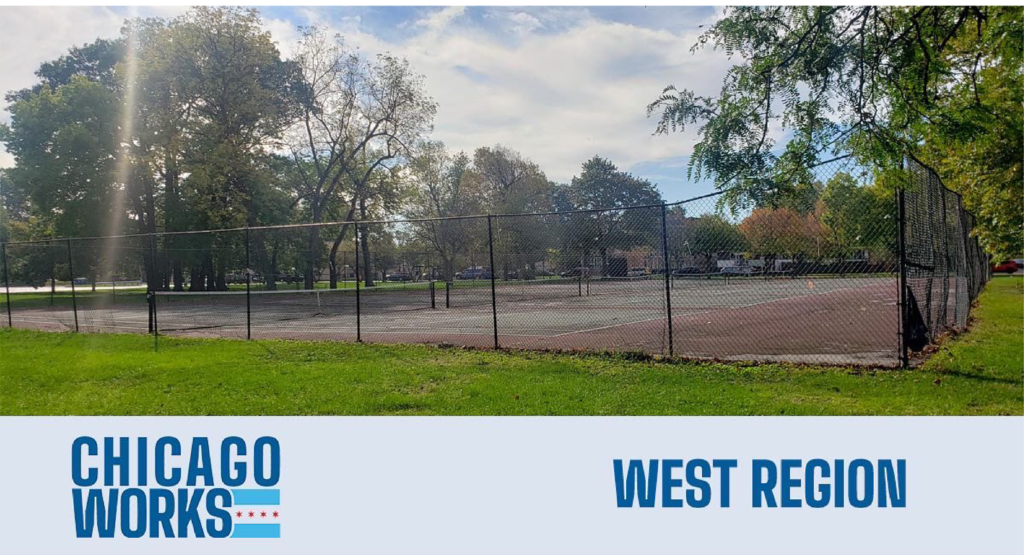 Located at 500 S Central Avenue in Austin, the work will focus on a new outdoor performance stage, upgrades to the existing basketball and tennis courts, improved accessibility, and landscaping. The project will also include improvements to spaces that foster social interactions, this submittal was introduced by local resident and artist Samantha Jordan. 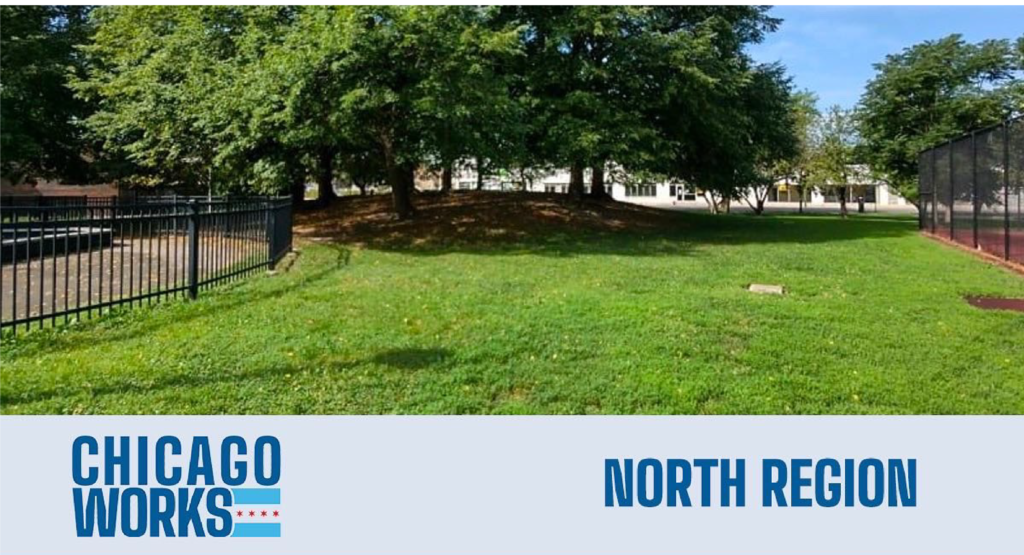 Located at 6601 N Western Avenue in West Ridge, the park is near the Northtown Branch library which was the winner of a previous initiative itself. The funding will help build new spaces in underutilized areas of the park for bocce, cricket, horseshoe, and pickleball to foster multi-generational engagement and healthy lifestyles. The proposal was submitted by Pamela Stauffer of Warren Park’s advisory council. 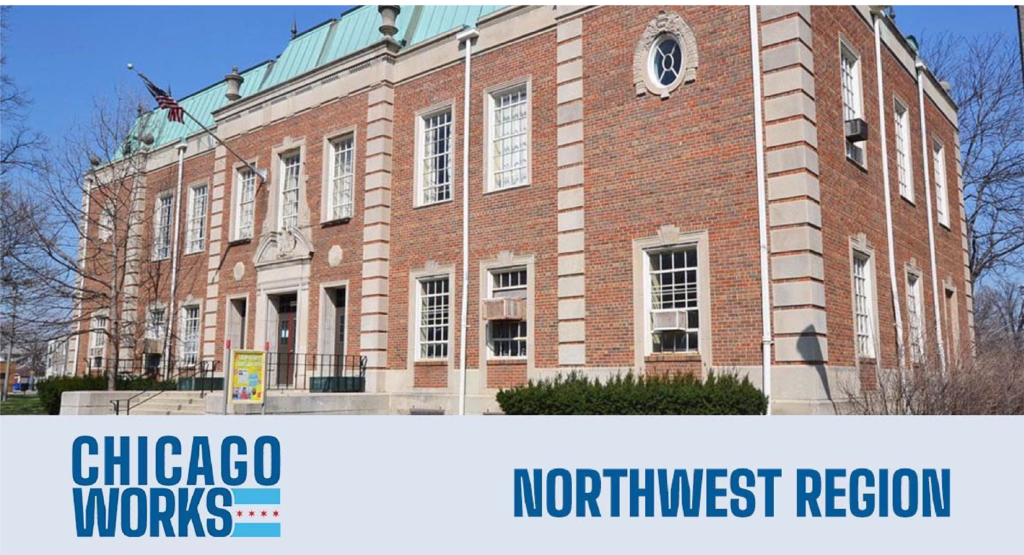 Located at 4438 W Wrightwood Avenue in Hermosa, the 1928 fieldhouse and auditorium will see extensive roof repairs and upgrades including making it ADA accessible. Due to the age of the building, many issues including mold and asbestos have long been prevalent and will be addressed with the work. The proposal for what is the largest public-use building in the area was submitted by Casey Guerra of the park’s advisory council. 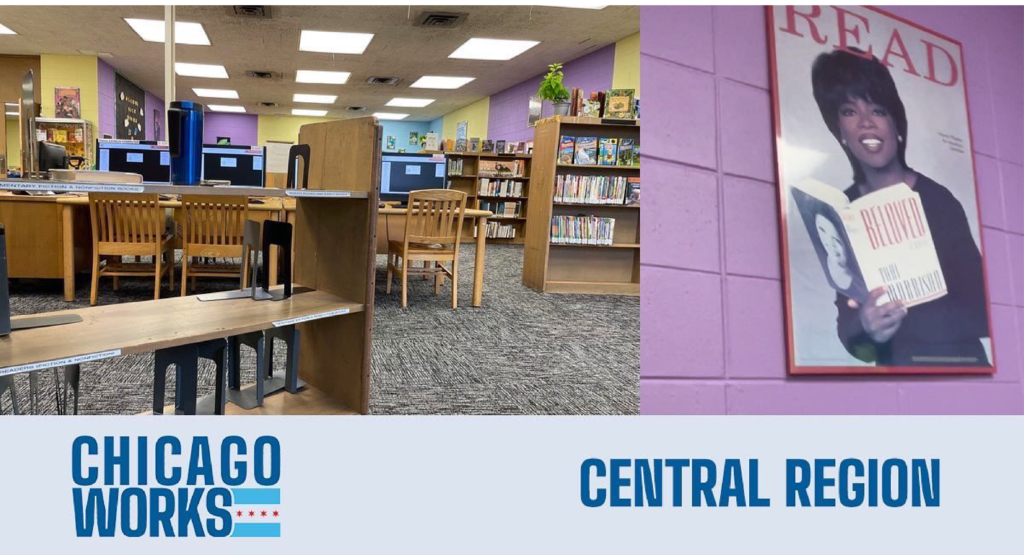 Located at 3436 S King Drive in Douglas, the library which opened in 1966 before being renamed in 1968 will be using the funding to primarily renovate the children’s section. Work will also include new family-based engagement additions to select interior and exterior public spaces, The submission was led by Janell Nelson, a parent and resident of the area.

The projects focused only on infrastructure needs, with the remaining 14 finalists being placed on a priority list for future funding. Construction on all of the proposals will begin late this year or early 2023, further information can be found on the city website.