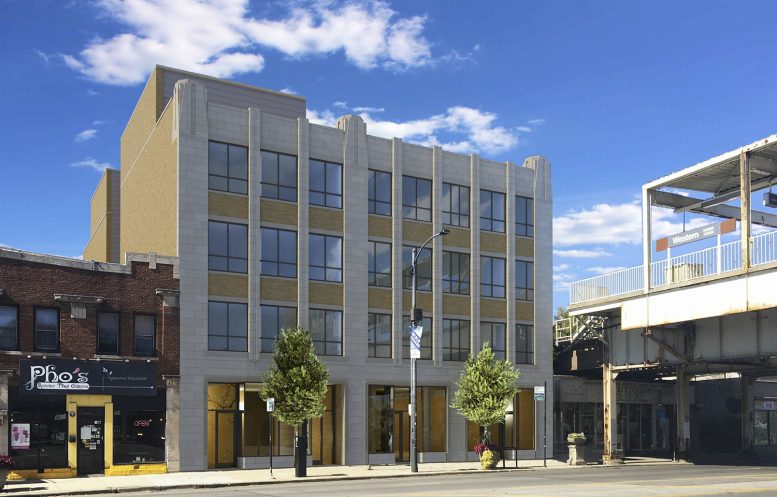 The Zoning Board of Appeals has approved zoning for a mixed-use development located at 4640 N Western Avenue in Lincoln Square. Placed along N Western Avenue, the site is directly adjacent to the CTA Brown Line tracks and the Western CTA L station. The property currently holds a four-story commercial and storage building as well as an adjacent one-story commercial structure. Glascott Associates is the developer behind the proposal. 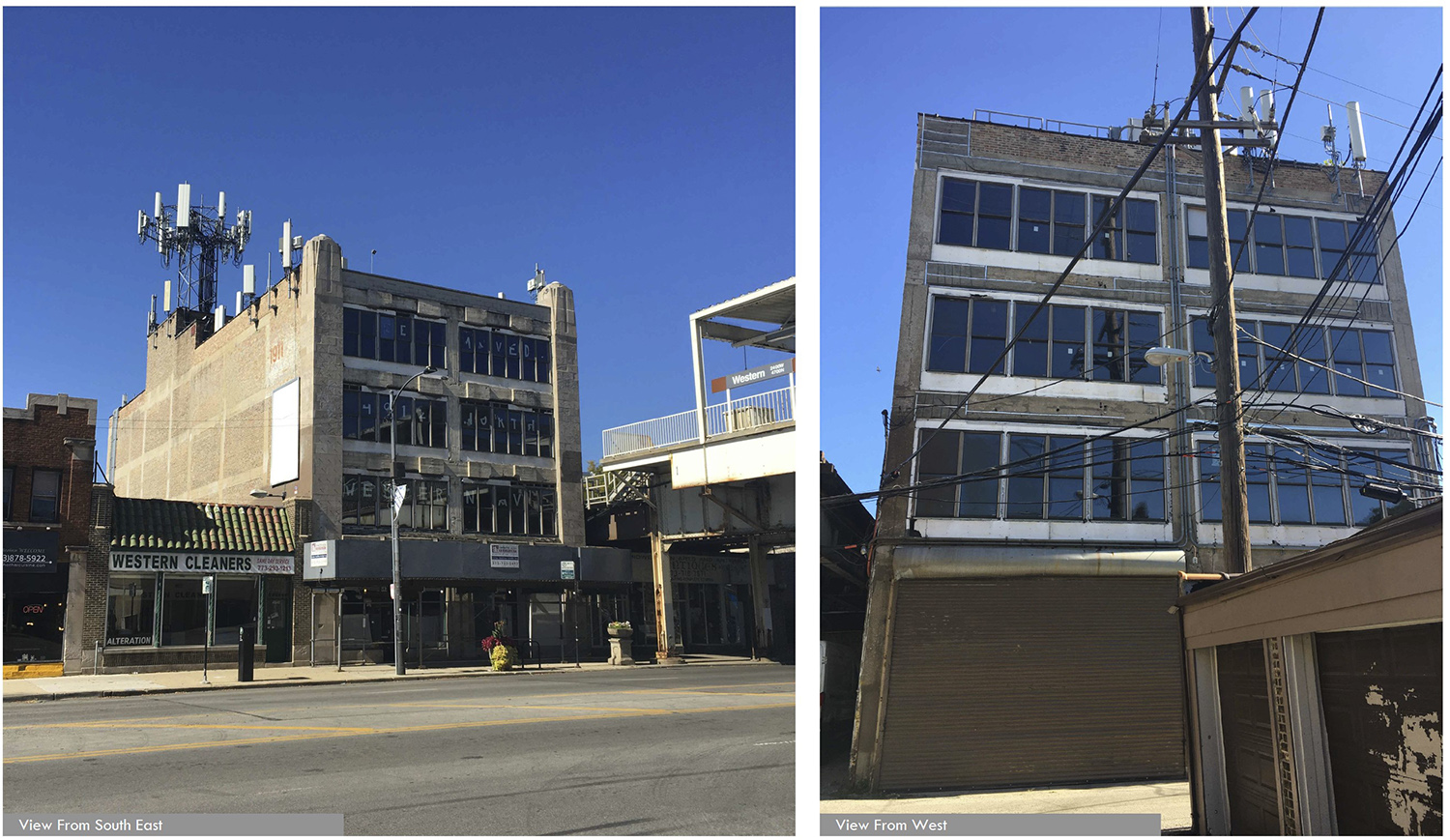 The site was rezoned from B3-2, Community Shopping District, to a B3-3, Community Shopping District, designation in March 2021. The recent approvals from the Zoning Board of Appeals has granted the developer a variance to reduce the rear yard setback to zero, a special use permit to establish a live/work unit on the ground floor, and a variation to remove the one required loading berth. 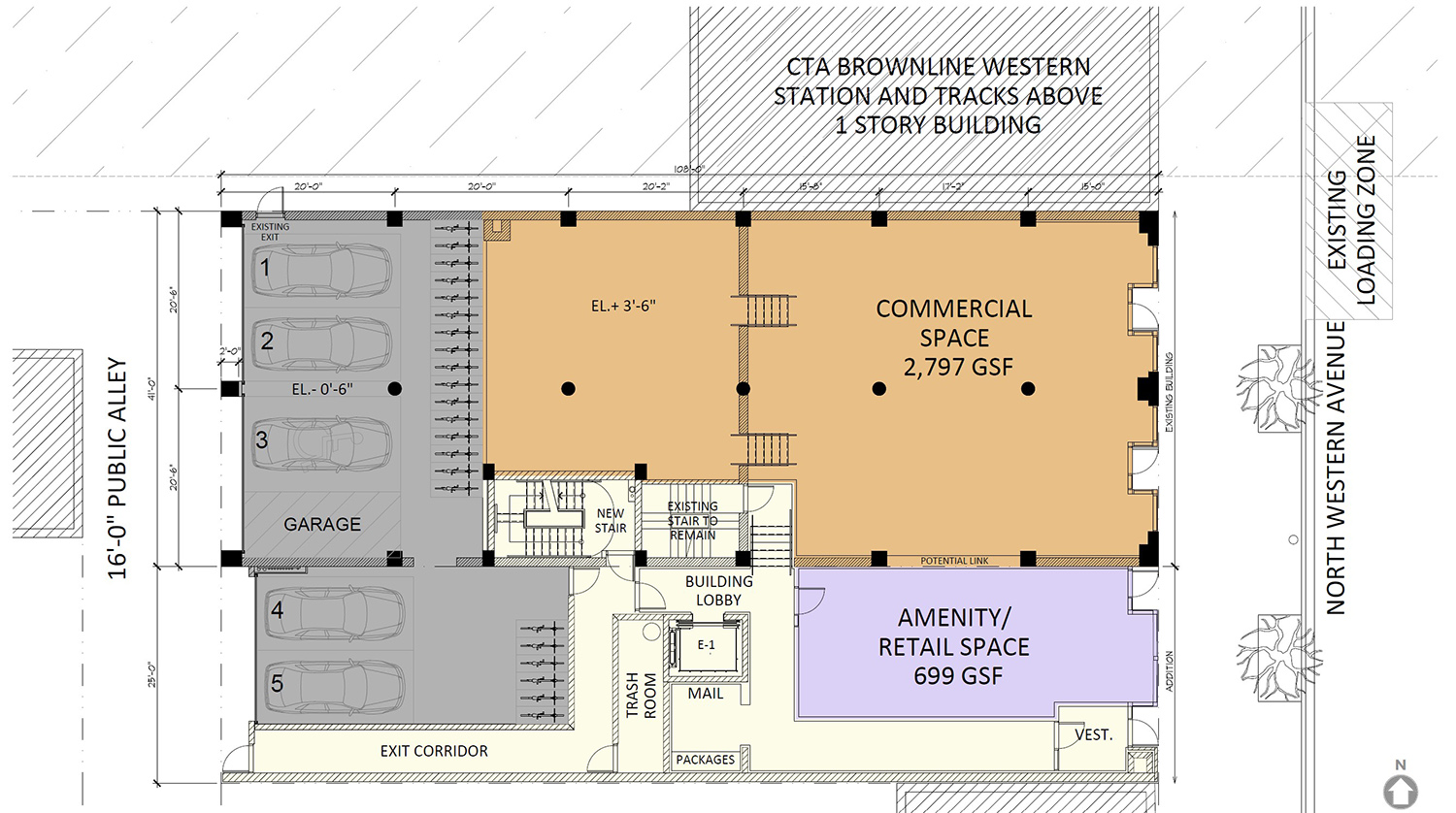 Designed by Hirsch MPG, the development will reuse the existing four-story commercial building and construct a five-story addition on the site of the one-story existing structure. Poised to rise 61 feet, the mixed-use project will hold 23 dwelling units, including one live-work unit, and 3,500 square feet of ground-floor commercial space. Five parking spaces and 22 bike parking spaces will be provided. 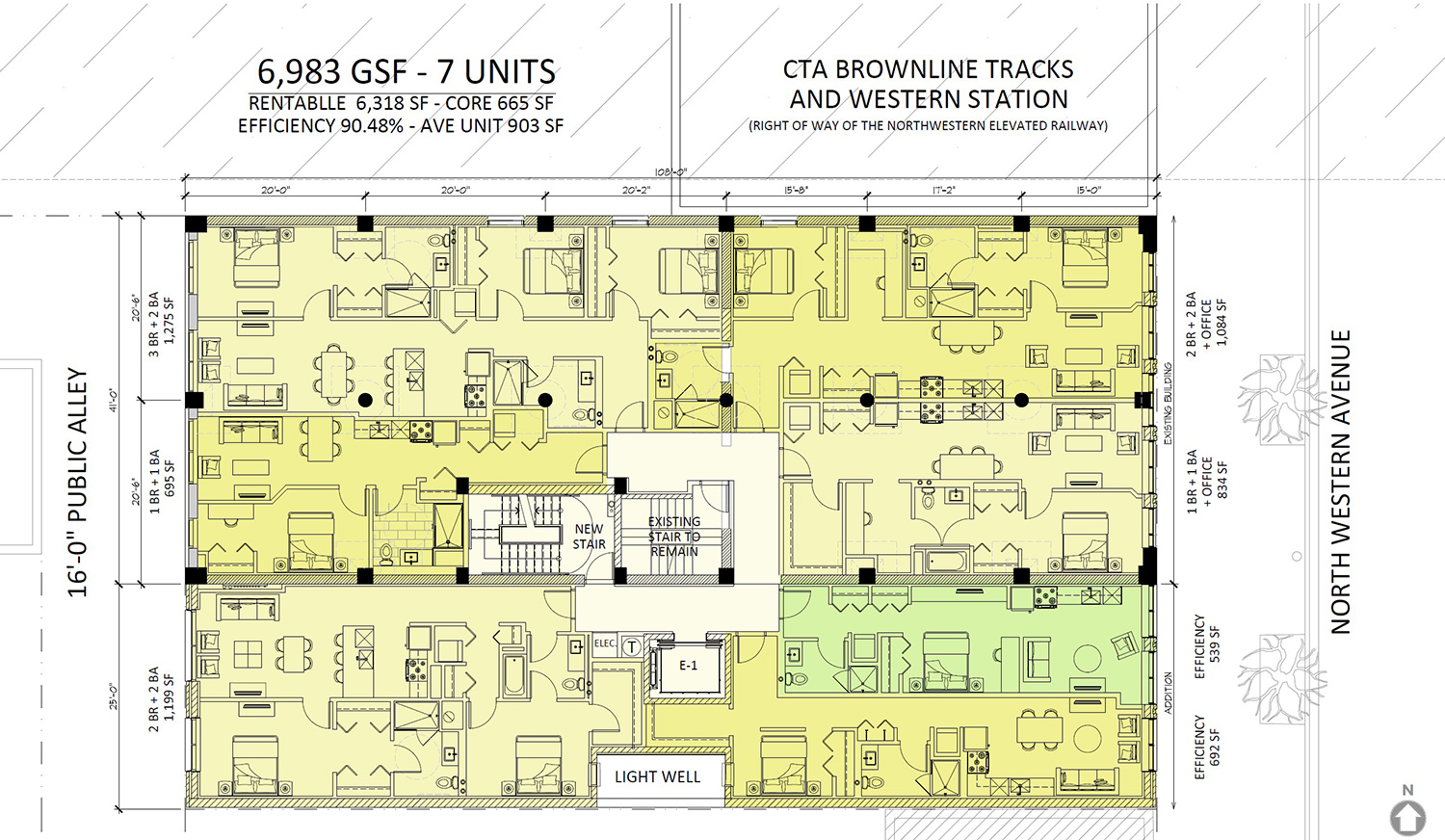 The unit breakdown will include four studios, eight one-bedrooms, seven two-bedrooms, and three three-bedroom residences. The rooftop will include two small private terraces with a green roof. Two of the rental units will be designated as affordable. The developers have been exploring the idea of installing a mural on the south-facing facade. 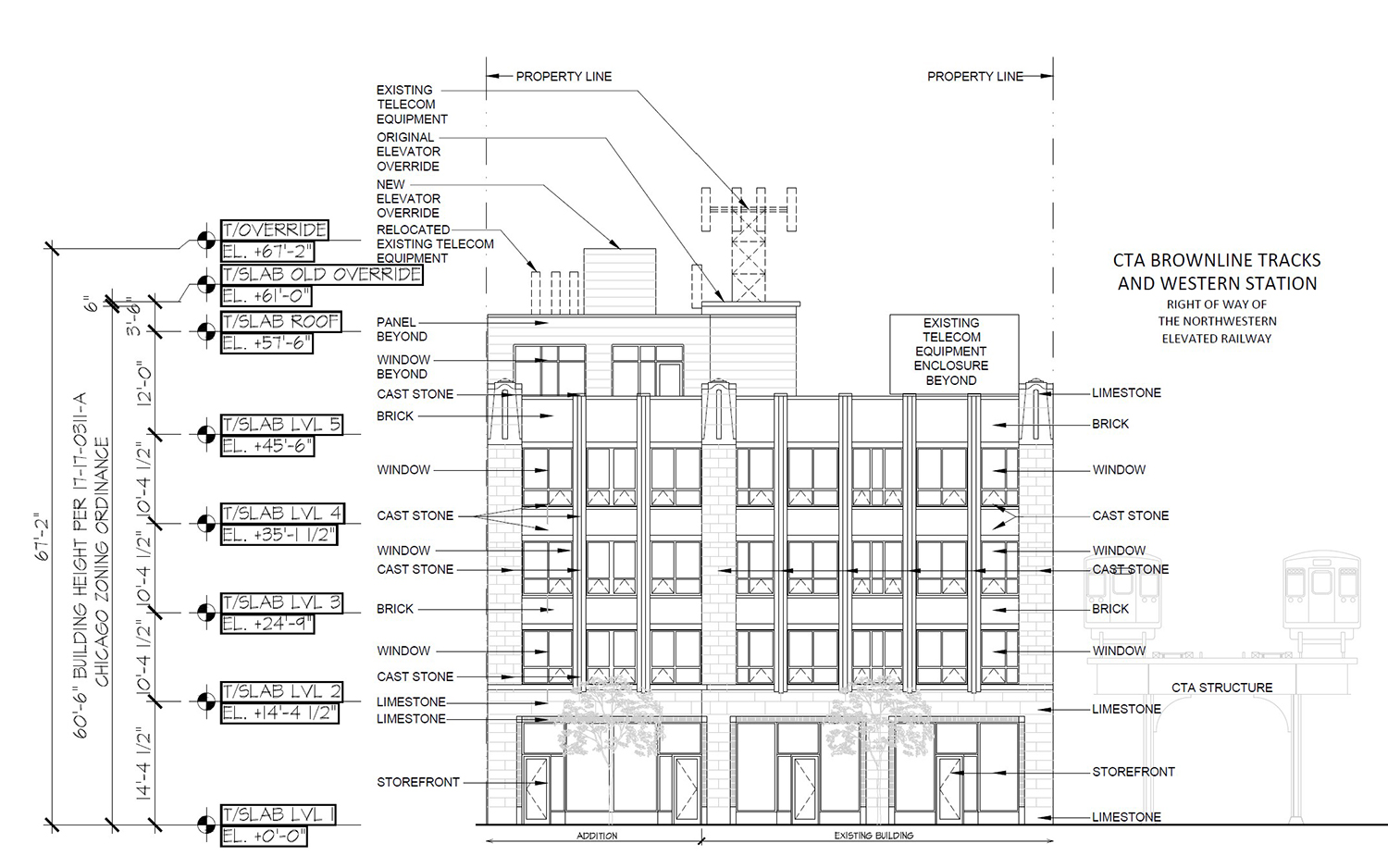 With this most recent zoning approval in addition to the earlier city approvals, the development can move forward with permitting and construction. Permits for the conversion at the 4640 N Western Avenue building have been filed and are awaiting approval and issuance. Permits for the demolition and new addition have not been filed. An official timeline has not been announced.