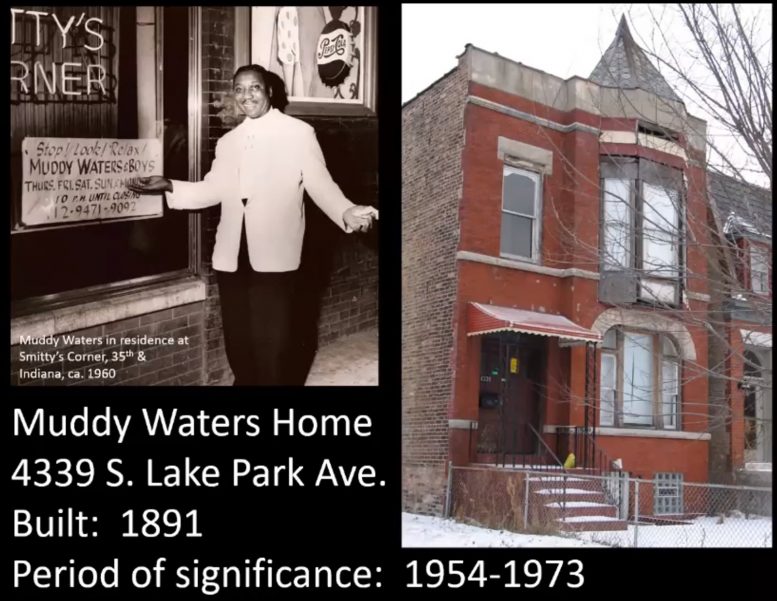 The Commission on Chicago Landmarks has approved the final landmark recommendation for the Muddy Waters House at 4339 S Lake Park Avenue in North Kenwood. Built in 1891, the brick two-flat sits on a traditional Chicago residential lot and is placed midblock between E 43rd Street and E 44th Street. 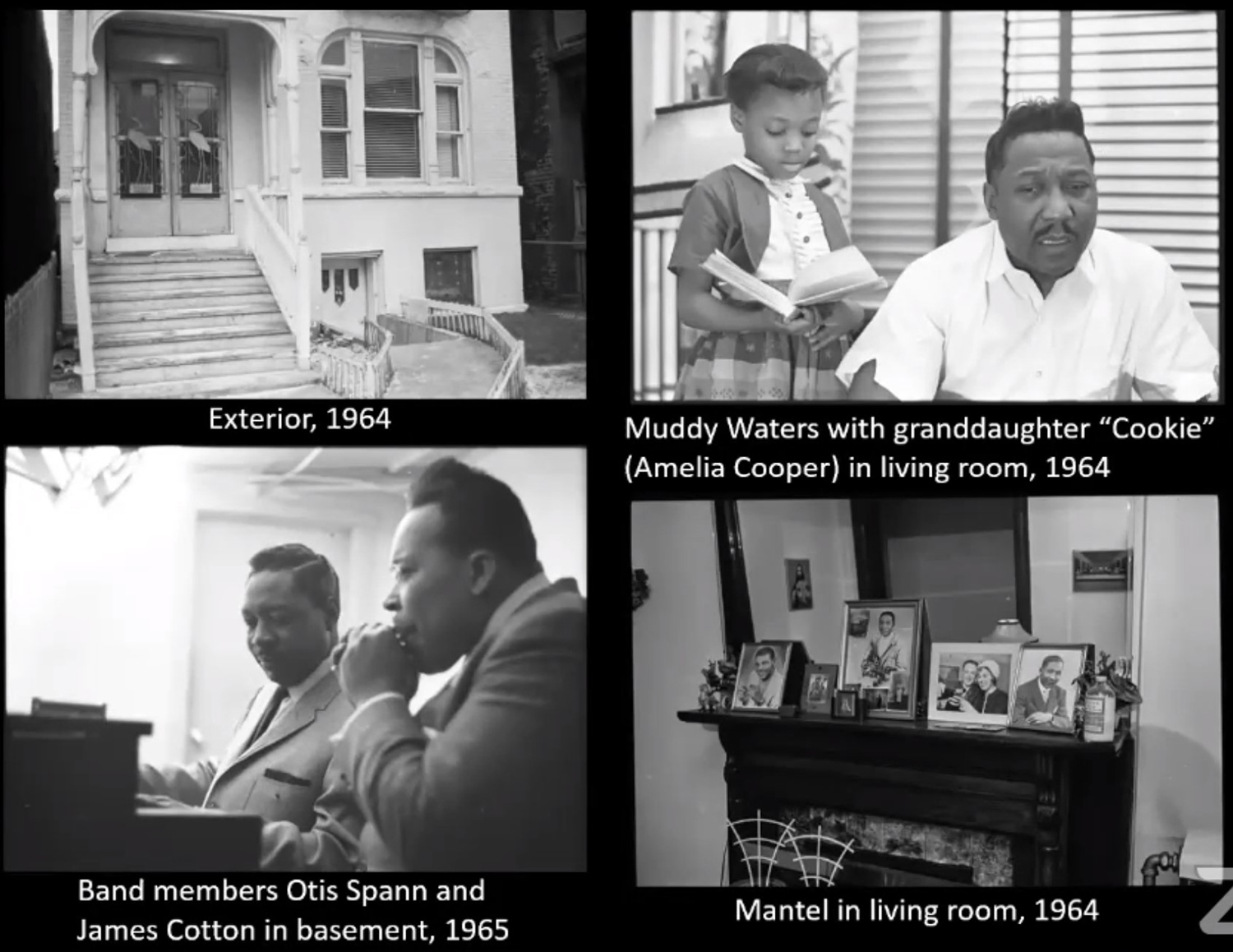 Located in the North Kenwood Historic District, the house was the home of Blues musician Muddy Waters from 1965 until 1973. McKinley Morganfield, better known as Muddy Waters, used the home as not only his residence but as a mainstay in the Chicago Blues community as he hosted other musicians and recorded music in the basement. 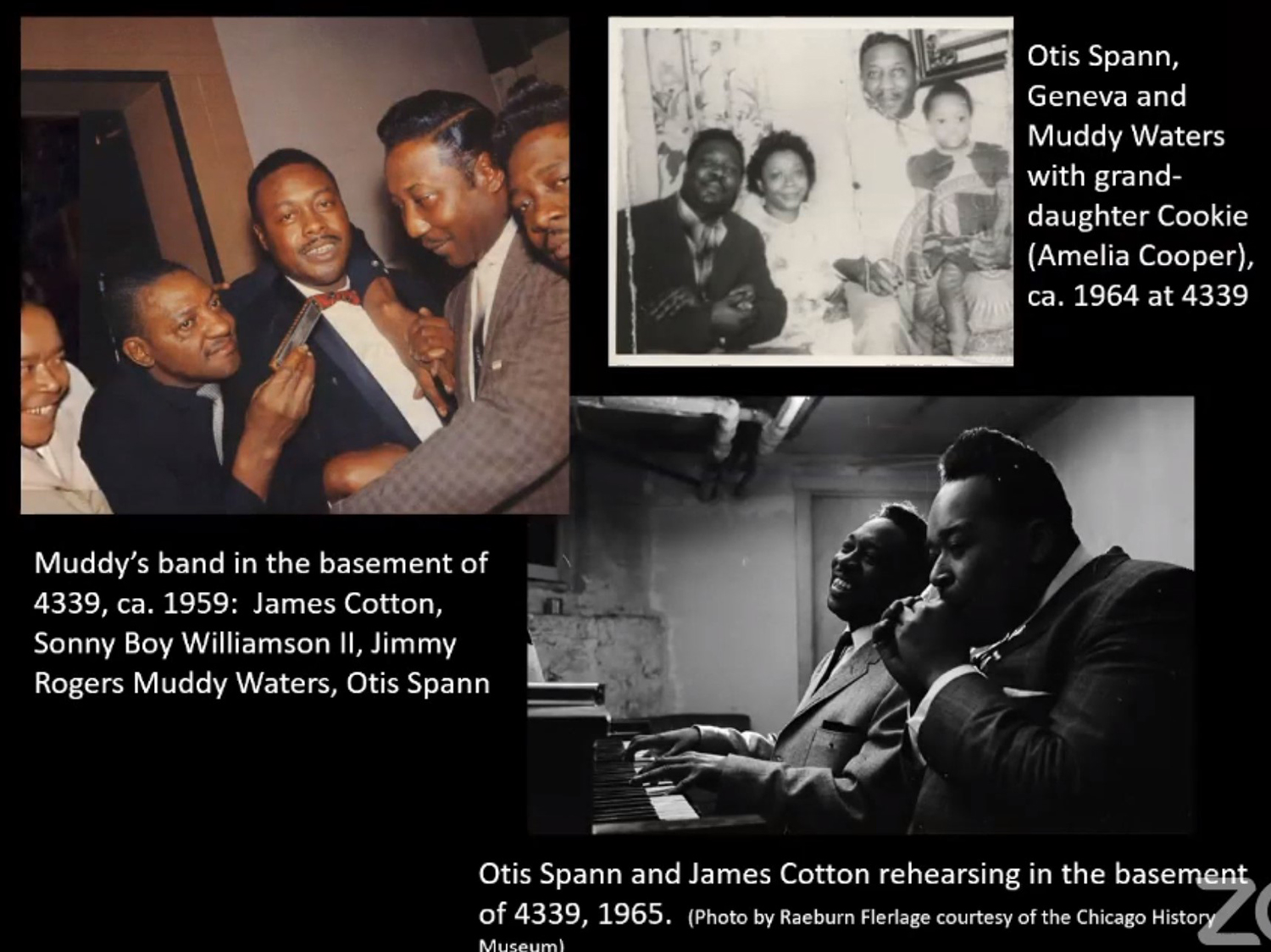 The first criteria for designation is Criterion 1, Value as an Example of City, State, or National Heritage. Blues musician Muddy Waters was born in rural Mississippi as a son of sharecropper. During the Great Migration of the 20th century, he mirrored the path of many African-Americans as he left the Jim Crow south to find better opportunities. Bringing culture and traditions with them, Muddy Waters and many others settled in Chicago. The musical heritage took root and the Chicago Blues influenced generations of music and musicians after. 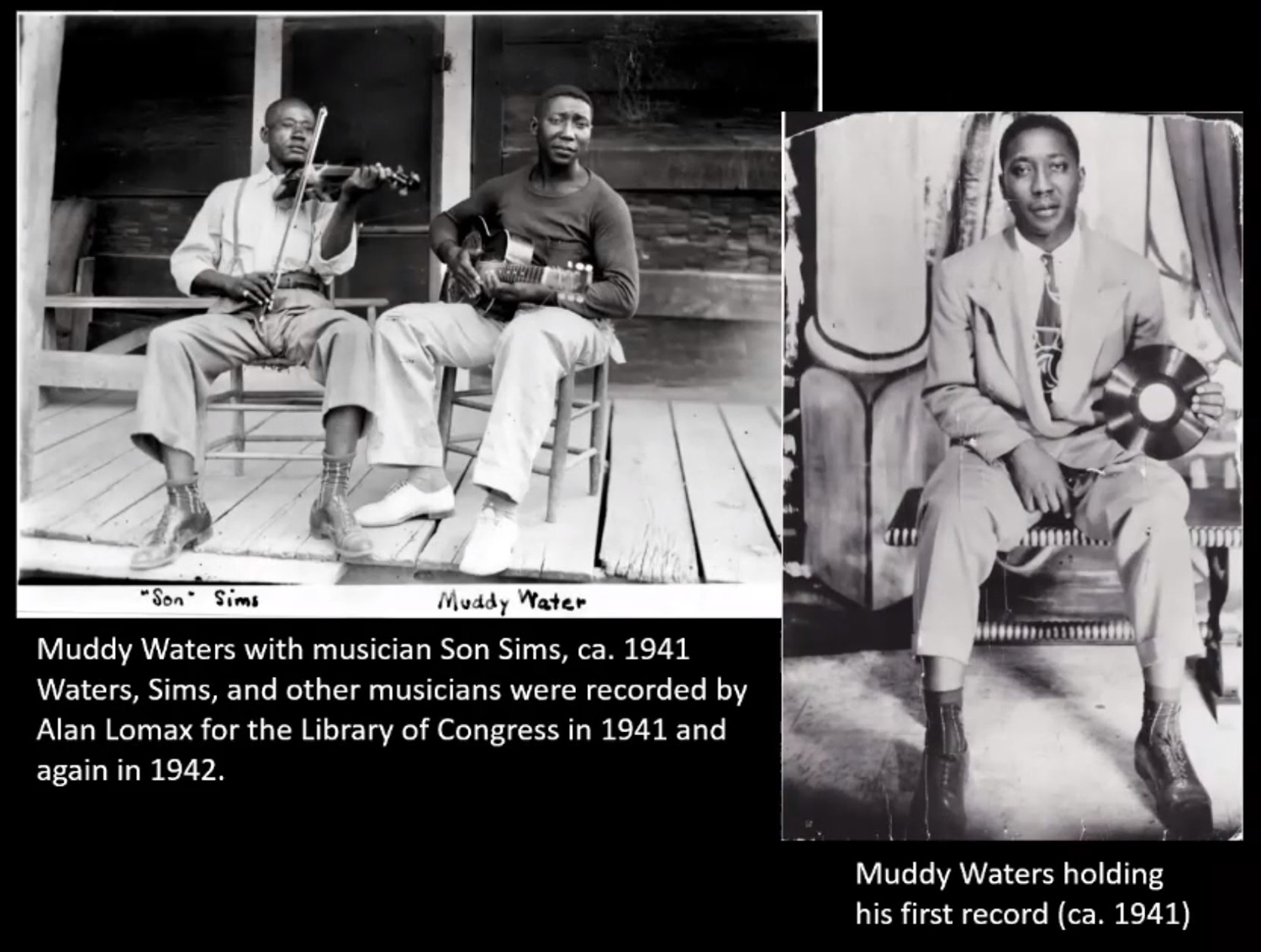 The home is located near numerous music businesses and Blues clubs that existed at the time near E 43rd Street and S Cottage Grove Avenue. Muddy Waters turned his home into a club for entertainers, holding rehearsals in the basement and offering lodging, food, and drink for those passing through.

The second metric used for determining landmark status is Criterion 3 – Significant Person. Muddy Waters was one of the most important figures in the development of the Chicago Blues, even being dubbed the father of Chicago Blues. His work was highly acclaimed and awarded reaching to the Top 10’s from Billboard Magazine as well as receiving multiple Grammy awards. His music influenced generations of musicians after him especially in the Rock and Roll genre. 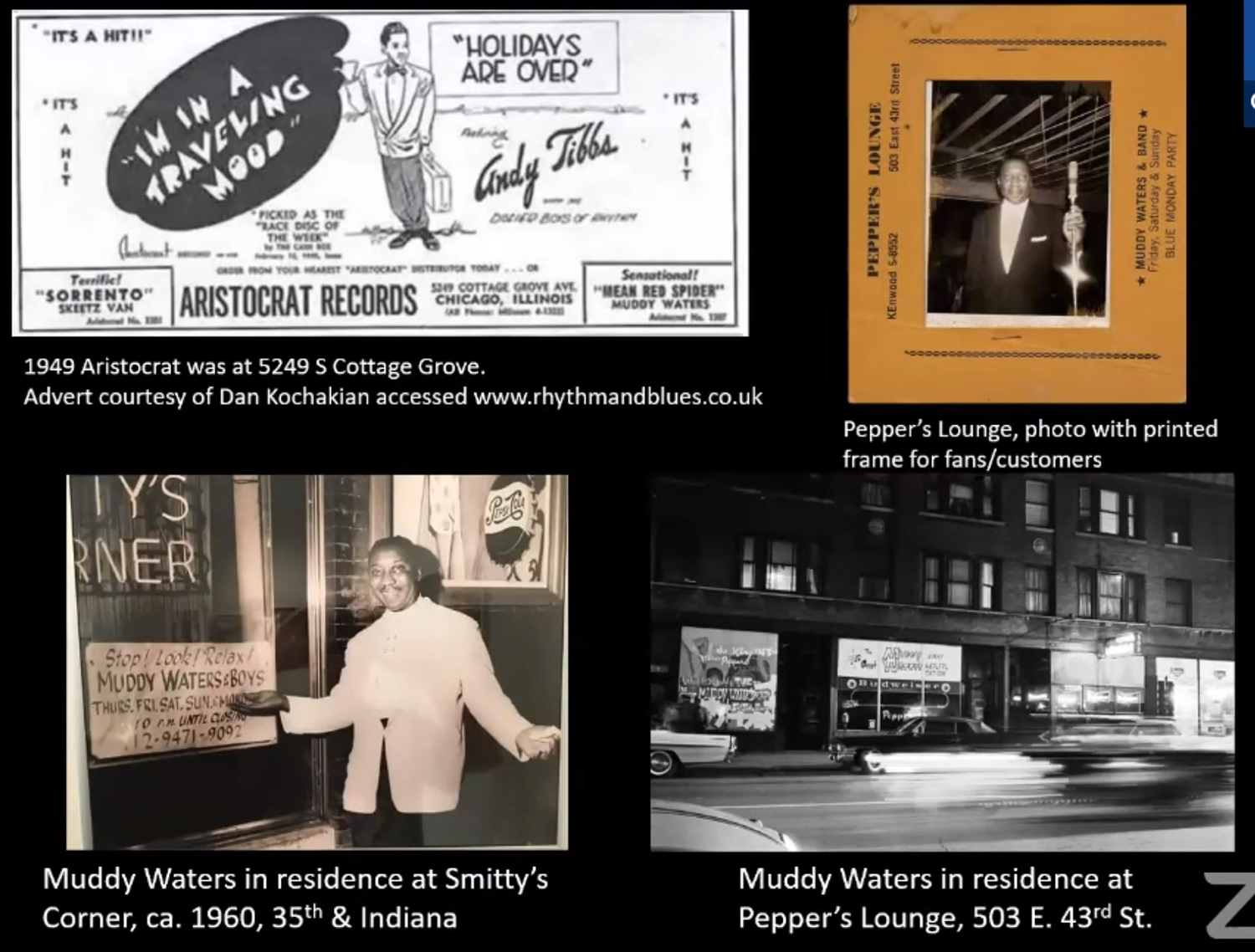 The landmark status will protect all exterior elevations of the building including rooflines. A non-original basement entrance at the front facade which existed during Muddy Waters residence and ownership of the building will also be protected. Exterior alterations to the building known to have been made by Muddy Waters including the concrete porch with metal railings and metal canopy, the flat exterior cladding of the bay window at the front facade, and the flat profile at the location of the original cornice, will all be preserved. The status requires that any new storm doors added to the front elevation should be designed to match the customized pair of flamingo storm doors installed by Muddy Waters, which are no longer existent but are documented in historic photographs.

The landmark recommendation will now be forwarded to the Chicago City Council which will vote on the final determination of landmark status. If approved, the home will become an individual landmark, distinguishing it from the North Kenwood Historic District it currently is in and giving it its own specific protections.